I first hunted antelope in 2010. After taking several years to familiarize myself with the Wyoming draw system and finally securing a trophy tag, my next adventure was set: a solo Wyoming antelope hunt for the fall of 2015. 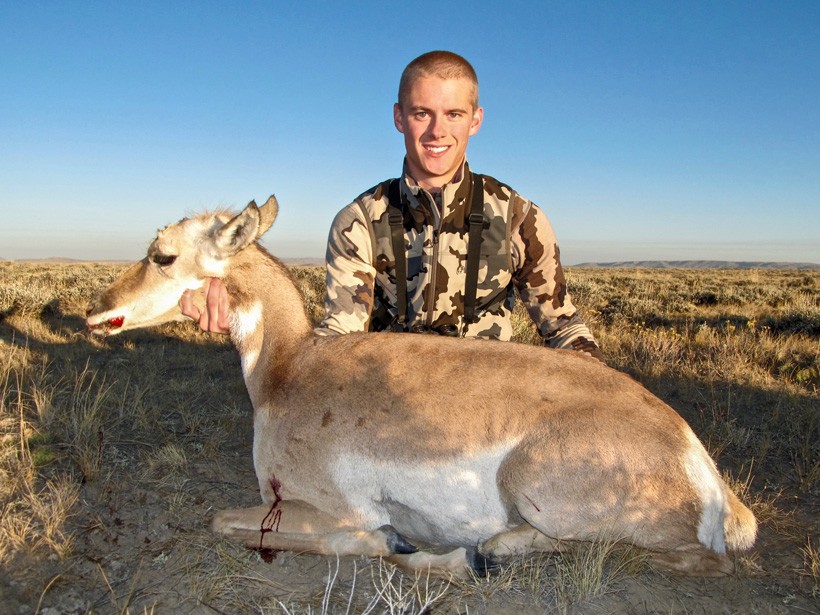 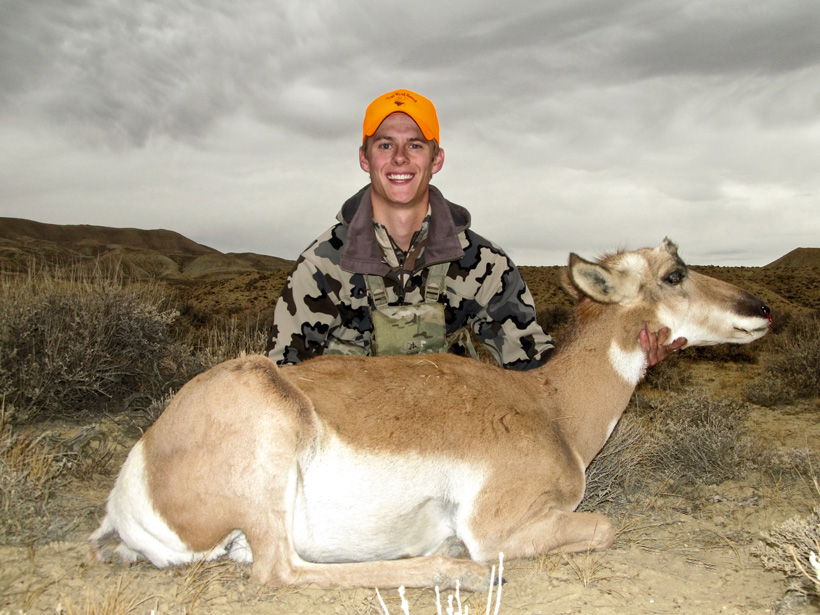 During my first three years of hunting antelope in Wyoming, I successfully harvested five antelope does. 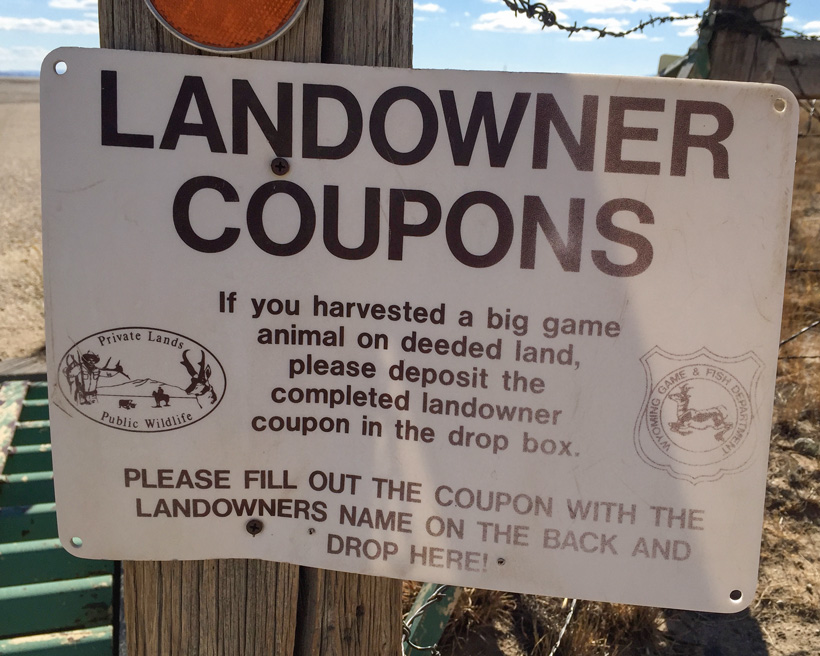 Public lands in Wyoming can be very checkerboarded, which makes access difficult. Luckily, Wyoming offers great public hunting access through their walk in access program. I opted to hunt a walk in access ranch in 2015. 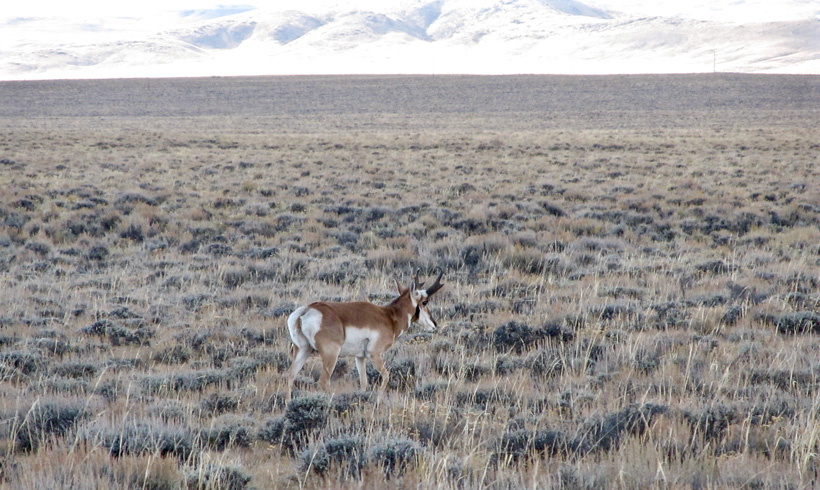 After a 10-hour drive, I arrived in the unit two hours prior to sunset. With limited time, I chose to drive as much of the unit and glass as much country as I possibly could. After spotting 30 to 40 bucks that evening, including this small buck, I decided to head back to the water hole where I glassed a mature/dominant buck still rutting hard and chasing every small buck out of the country. 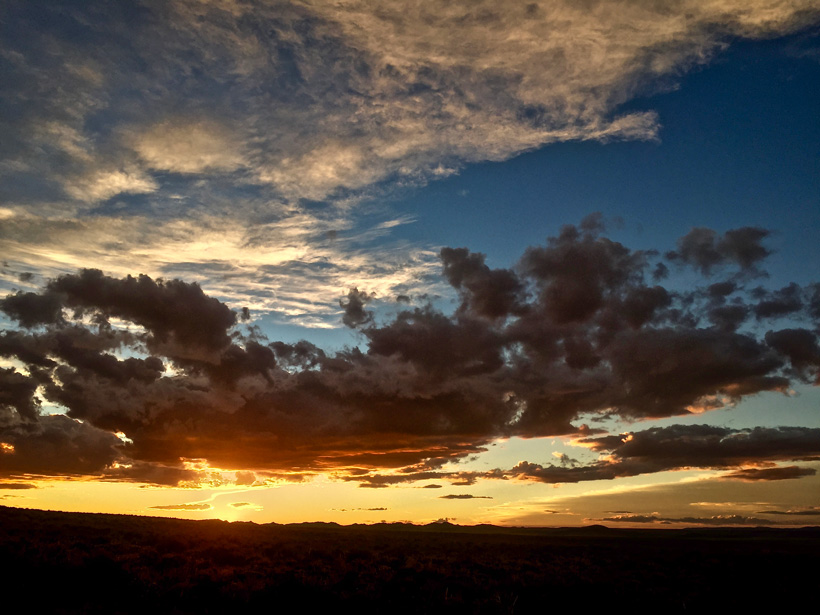 The first evening came to a close with this beautiful Wyoming sunset. 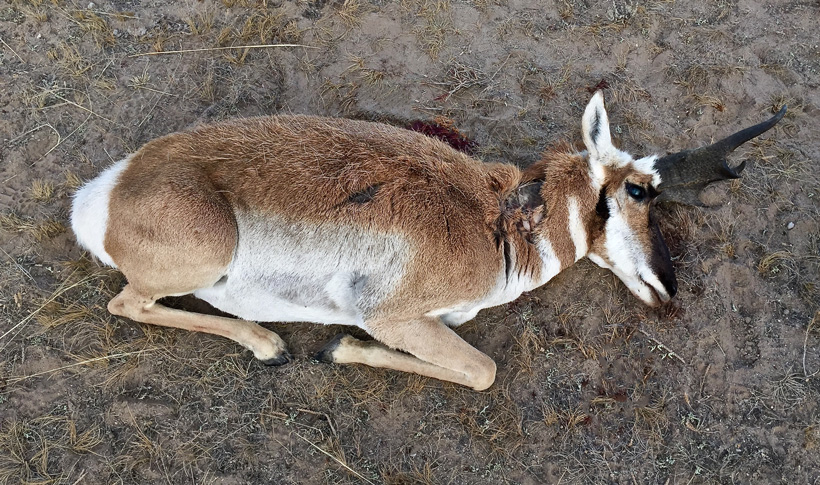 My first morning brought me back to the only water hole in the area; it also overlooked the small basin where I had spotted the dominant buck the night before. Setting up in the dark next to the waterhole, I was able to glass up the mature buck during first light at 1,500 yards. 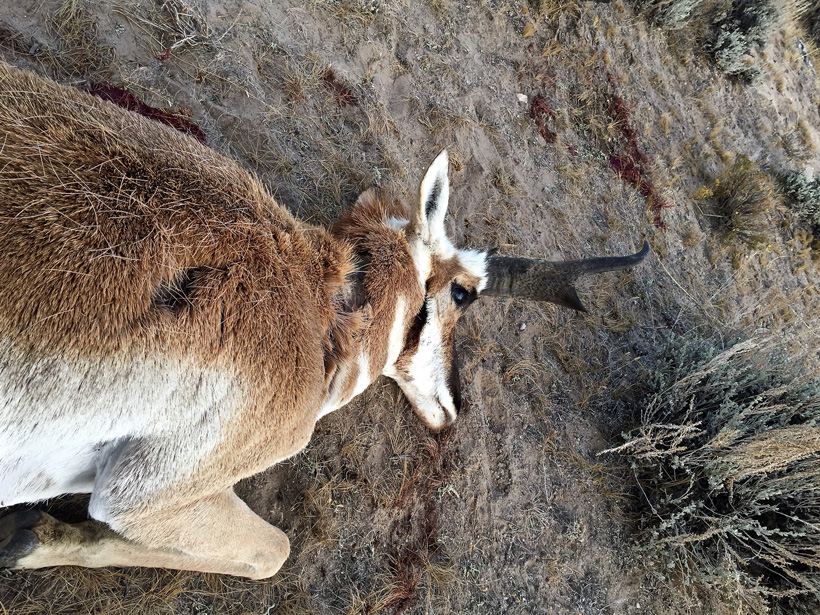 Immediately upon locating the dominant buck, he started chasing two does in my general direction. Before I had a chance to fully field judge this buck, his does were only 75 yards away, drinking from the water hole. Being an old buck, he was reluctant to come right into water and stayed back another 100 yards giving me a brief opportunity to at least see that his prongs forked 3” above his ears, but the horns lacked the classic heart shape curl. 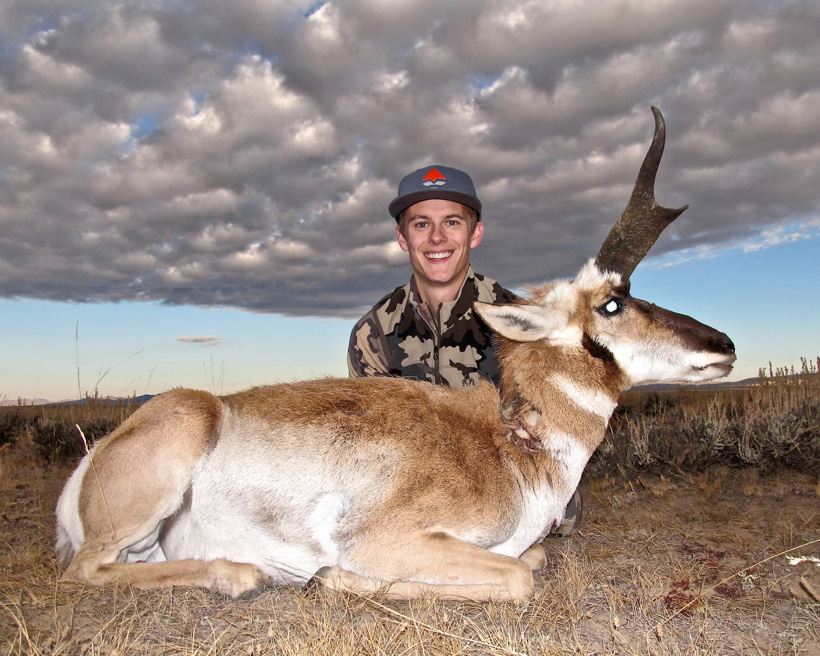 As the two does got wind of me, I touched off a round. He was just too dominant of a buck to pass up. 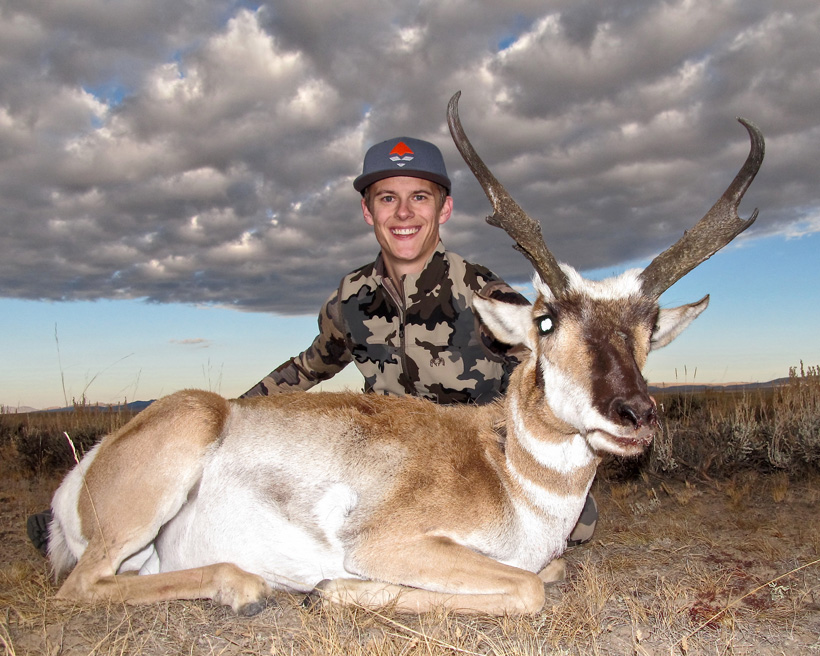 This buck has a very unique horn configuration with a 13” tip-to-tip spread. Despite only having horn lengths of 12 ½”, he carries his mass up through his third quarter measurements. My 2015 Wyoming antelope unofficially scores just shy of 75”. 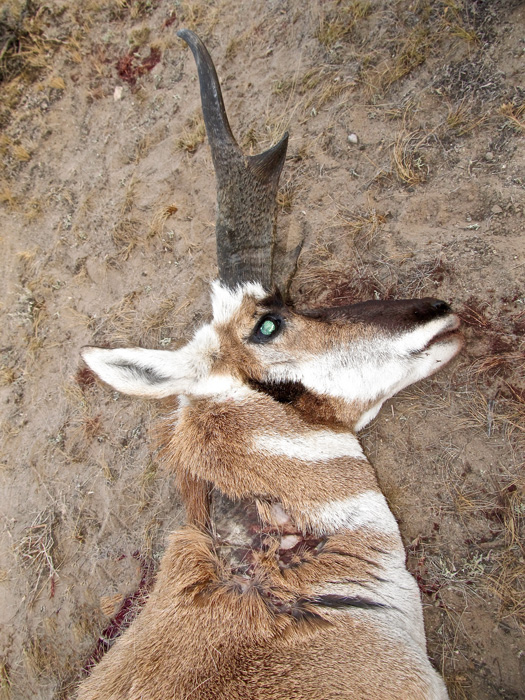 I couldn’t be more proud of this buck. Not only did his size far exceed my goal on this hunt, it is also was very evident, by his many scars, that this buck was the most dominant. 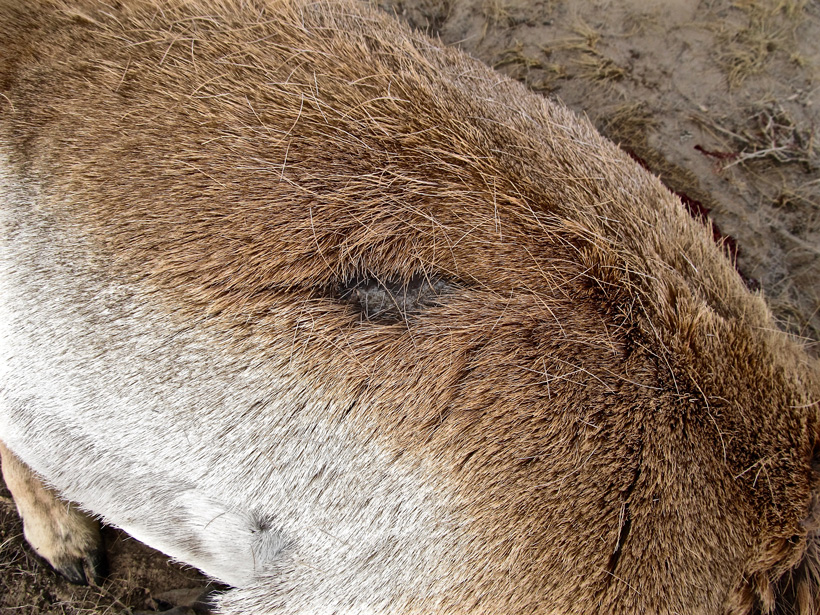 Another one of the many large scars this old buck survived. 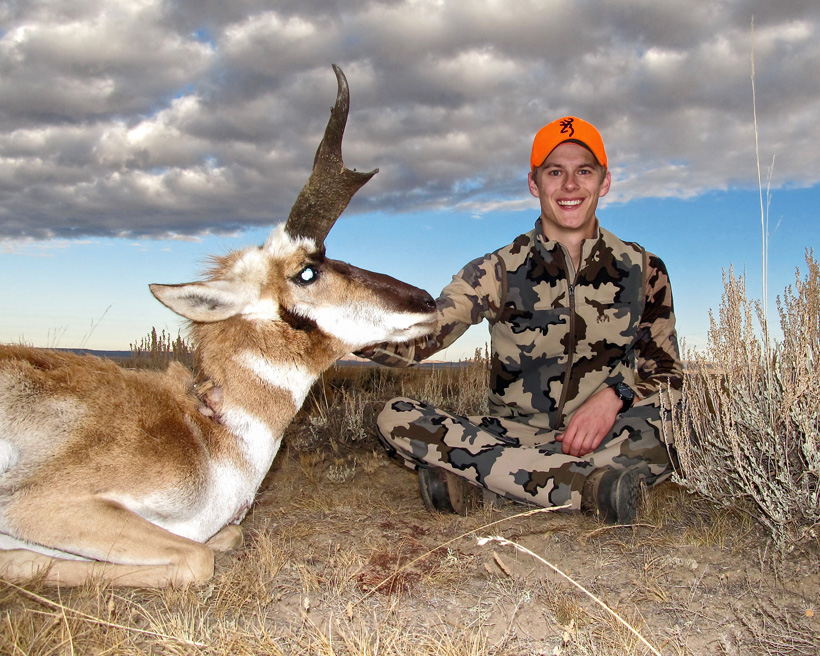 One last parting shot of my 2015 Wyoming antelope.