First bull elk in the mountains of New Mexico

When I finally drew my New Mexico elk tag I didn't knew what to expect, I've only hunted the small mountains of California. This was a completely new experience for me because I've never hunted elk before and I've never been to New Mexico. Talk about a hunt of a lifetime at 14 years old! 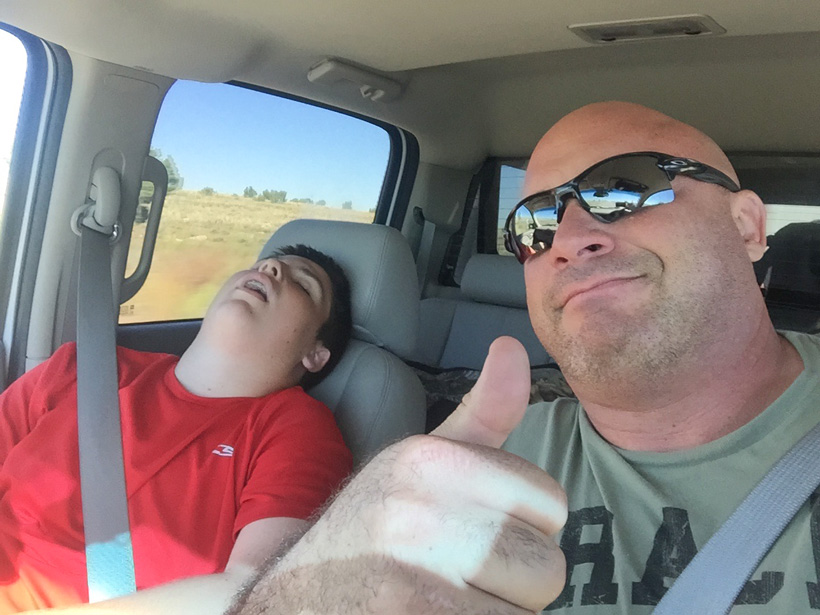 We were hunting Unit 16E and this terrain was nothing like what I was used to back in California. The terrain was rocky and the mountains were much larger than the ones I’ve ever hunted on. 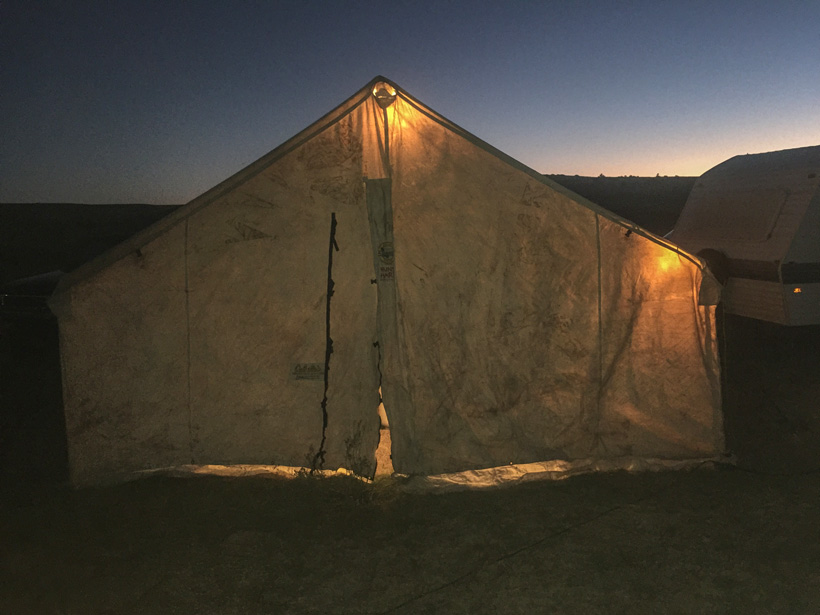 When my dad and I arrived at the camp set up by Ultimate Outfitters, I was surprised at how nice it was. I thought we were going to stay in a small tent, but they went above and beyond and had us stay in a camper and also had a wall tent setup. Accommodations like that make early mornings so easy to wake up for. They made us lasagna on the first night and after a large dinner, we were off to bed.

The following morning our guide Jordan Jensen woke us up at 3:30 am and explained how he wanted us to be the first to the mountain. Jordan and Kyren Walker (spotter for the hunt) took my dad and I up to the mountain on an ATV and a Rhino. We drove for over an hour on a extremely rocky road.

Eventually we arrived at the top of the mountain and that's where the work started. We hiked about two and a half miles to a viewing area were Jordan and Kyren began glassing for bulls. I was impressed by how fast and easy they could find elk that were miles away! After a couple hours of spotting, Jordan found a bull that would be a shooter if it wasn't for a broken tine. With the broken tine and being so early in the hunt, I decided to pass on him. 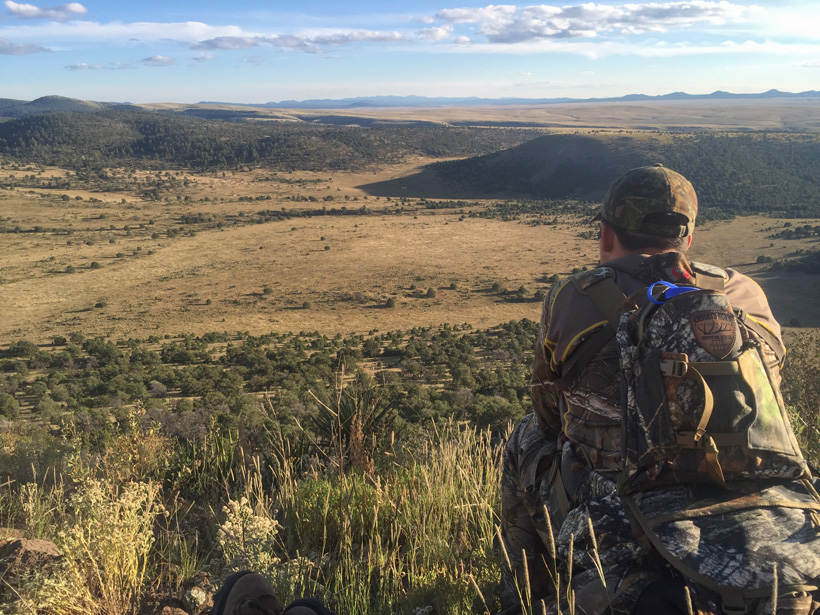 We headed back to camp that night and went to bed early because we were not used to the high altitude. We woke up the next morning at the same time and headed back up the mountain. This time we traveled in trucks and headed to a different part of the mountain. We finally got to a mountain top were Jordan and Kyren started glassing and after about 30 minutes of glassing, they spotted an elk but it was roughly 2 miles away. 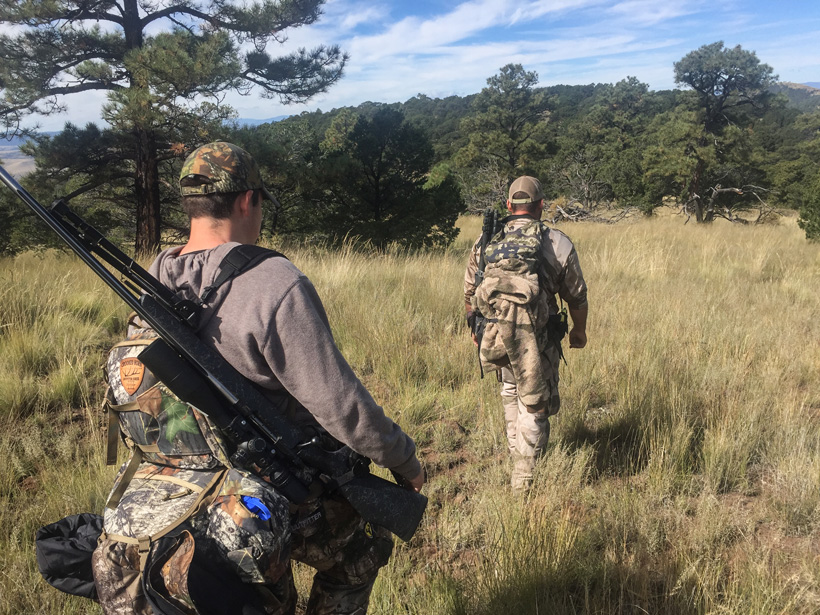 It was so far that they couldn't tell how big the elk was. Jordan told us that he wanted to get closer to view the bull. We packed our stuff up and drove on a gravel mountain road that got within a mile of the bull. Once we started looking at the bull Jordan told me that the bull was a 5 x 6. It had a huge frame with long tines on each side.

I told my dad that is the bull I wanted. Jordan said the best way to get to him would be to circle around the back side of the mountain and come up on top of him. The race was on! Once we got around the mountain and on top of the bull we took a short break so I wasn't breathing heavily while trying to aim at the bull. Our spotter Kyren guided us exactly where we needed to be. We looked down the mountain and could see the elk only 230 yards away. I began to follow Jordan to find a place to shoot from and we set up on a rock just above the bull. I waited for the bull to come into sight and at the same time I was trying to calm my nerves. I was shooting my dads Weatherby .30-378 with a Nightforce scope. 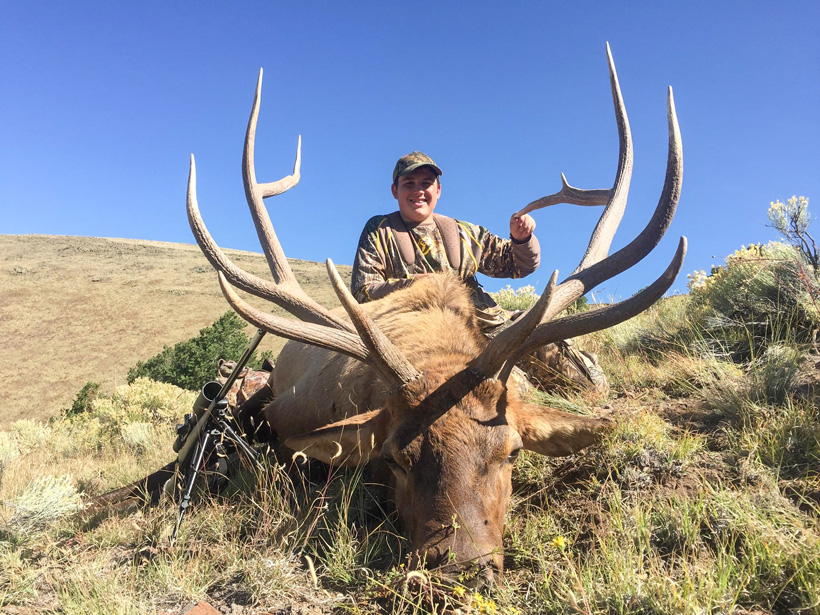 The bull came into sight but I wasn't confident in the hold I had so I told Jordan I didn't want to rush the shot. We moved roughly 20 yards further and I got in a prone position with my scope on the bull. I started to slowly squeeze the trigger. My first shot hit him but it wasn't enough to bring the large bull down. The bull tried to run, but I took another shot and center punched him right in the shoulder and he crumbled. We all headed down the steep mountain to the bull. 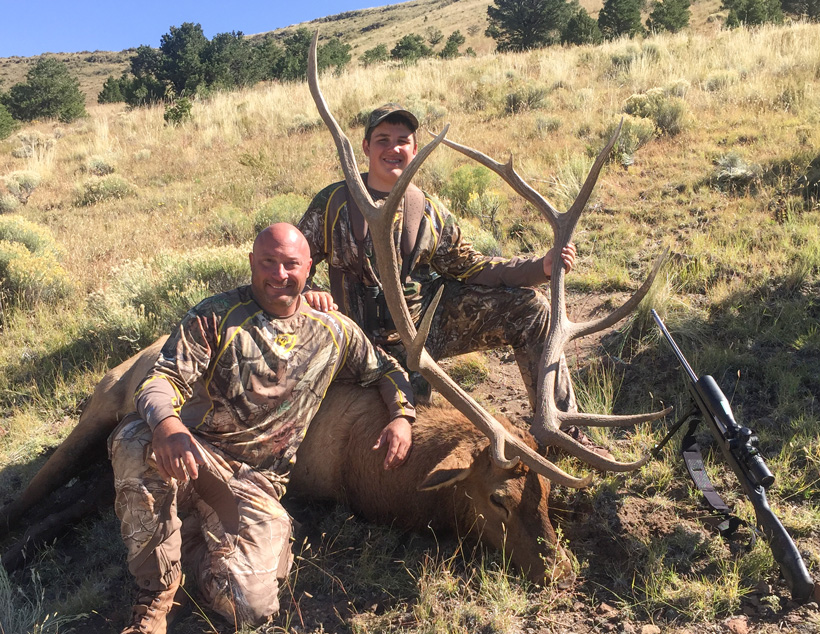 I couldn't believe how big of an animal I had killed and I was glad I got to hunt with my dad by my side. 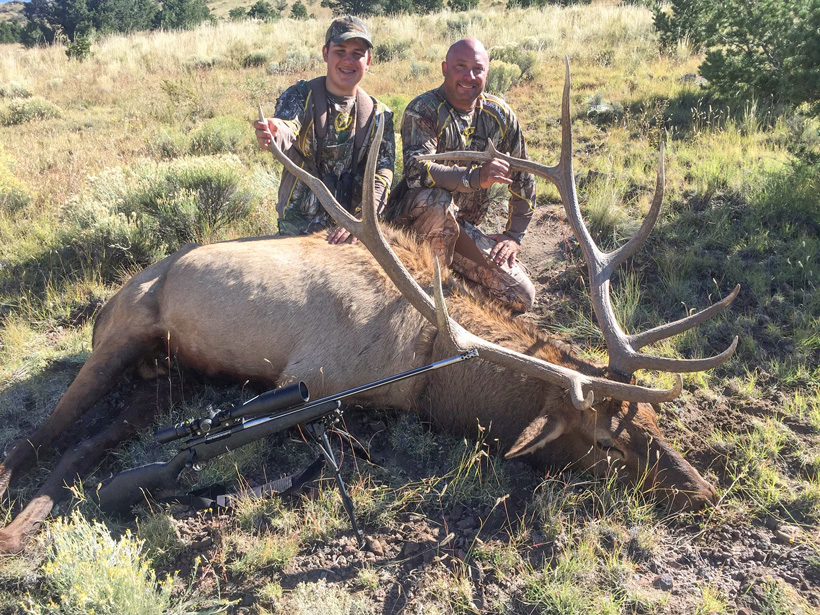 After a round of pictures, Jordan began boning the elk out while his partner Justin Erhart headed our way with pack horses. 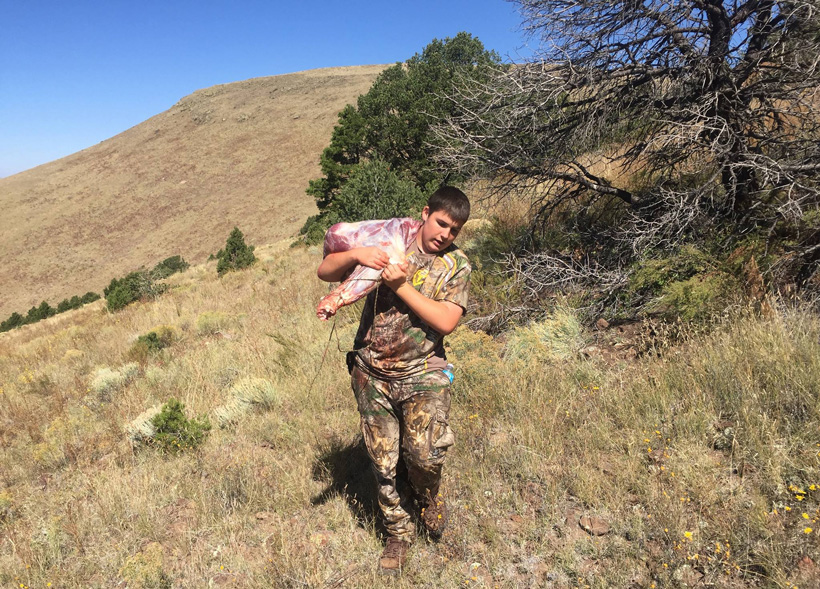 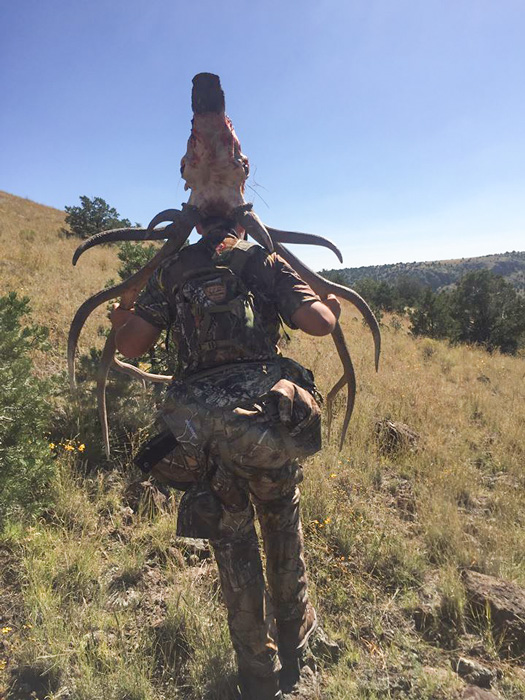 After we got back to camp we were was exhausted but we all celebrated with an excellent steak dinner. 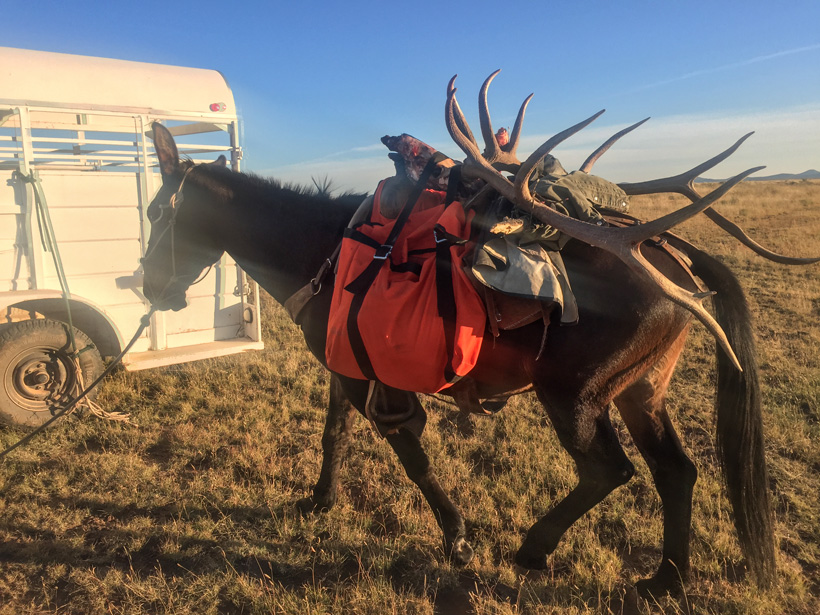 After dinner we went to bed and left the next morning. Ultimate Outfitters did an excellent job guiding me. I would suggest them to anyone. I hope that I get drawn again for another tag in 2016!

You can watch the hunt video below