If you’re anything like me then you continuously daydream all spring and summer about those fall hunting trips that are written on the calendar in bold lettering and underlined multiple times. It seems like it takes forever for the season to arrive, and finally, the time arrived to chase Colorado mule deer. This was an annual family hunting trip with my mom, dad, good buddy, Chace, and I all participating in the hunt. We had one week to fill four tags and get Chace his first ever mule deer. 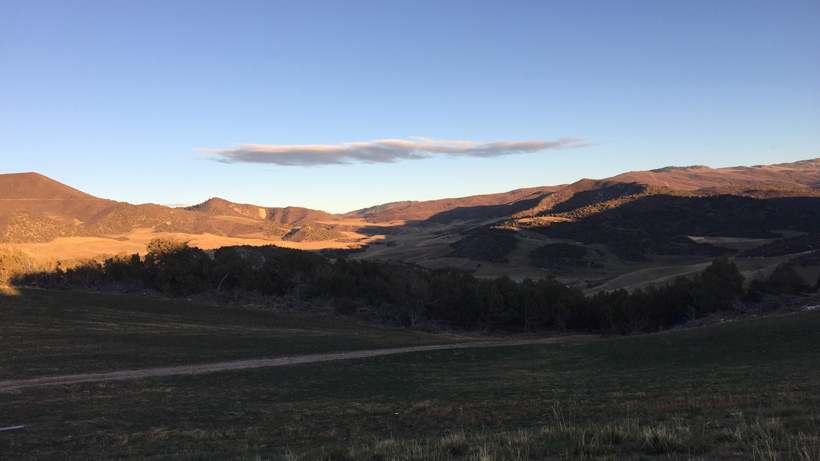 Overview of the western Colorado landscape we would be traversing in search of mulies over the course of the next week. All photo credits: A.J. Kressin

The third season opener fell on Nov. 4 and each day of the season pushed us closer and closer to the peak of the mule deer rut. We set up that Saturday morning for opening day with high anticipation; however, the first two days proved to be extremely slow with sightings of more orange blobs dotting the mountainsides than rutting muleys. 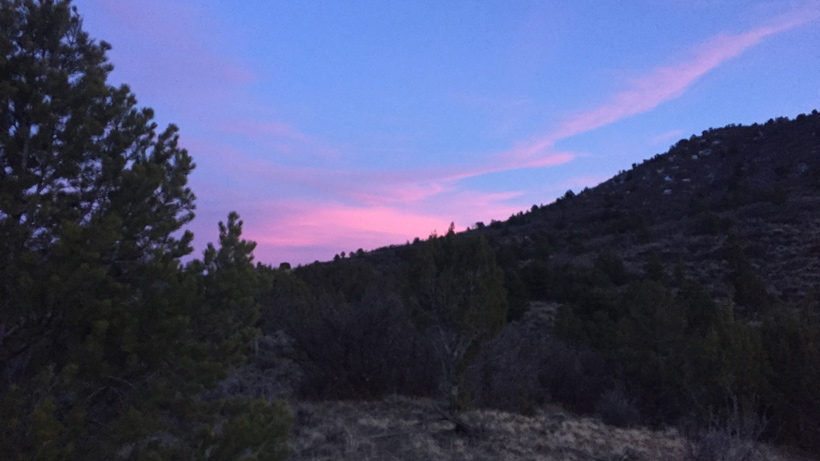 A sunset concluded a painfully slow and disappointing opening weekend.

After a disappointing opening weekend, we brainstormed ideas for the week ahead. The weather was forecasted to be great for the entire week with nothing but crisp cool nights and cooler fall temperatures under sunny skies during the days. We pooled our thoughts and hoped to see fewer hunters during the week as the local weekend warriors headed back to work. Monday would prove to be a turning point in the trip.

We left the truck at daylight Monday morning to still hunt our way into a canyon that bordered a small section of private land. My dad took off towards one side of the canyon and Chace and I worked our way around the other side. Knowing that some does routinely feed through a small pasture on the private section, Chace and I hoped to catch a mature buck cruising through on our side of the fence. We worked our way up a small knob to look into the adjacent pasture for any signs of deer activity. No sooner had Chace and I lost sight of each other working around the small knob, I spotted some does feeding in the pasture and heading in our direction. I quickly backed down out of sight of the deer and caught up to Chace to signal we had deer coming. Together, we cautiously worked up the knob to see if we could spot a buck mingling with the does. As soon as we crested the knob and laid eyes on the grazing does I spotted earlier, we noticed a mature buck with his nose down gently pushing some of the does around the pasture. We immediately set up and hoped that his does would bring him across the property line and give us a shot opportunity. We watched the deer work the small pasture for a little while until they began to work their way away from us up towards the top of the canyon right on the fence line and out of range. The buck continued to follow right behind the does.

I knew we wouldn’t have an opportunity to pursue once the deer crested the top so I thought quickly and turned to my previous experiences as a whitetail hunter back in Wisconsin. I dug into the top of my pack and pulled out my grunt call and rattle pack. I threw three dominant grunts in the direction of the tending buck while Chace watched the buck for signs that the grunts peaked his interest. I waited a minute or so and then picked up the rattle pack. I threw the rattle pack together as aggressively as I could just hoping I could make enough noise to catch the attention of the fading buck. As I finished up my rattling sequence we lost sight of the buck. We only assumed he faded over the ridge at the heels of his does. We waited a few minutes and started brainstorming our next move, assuming the buck had moved on. As I turned my head back towards the direction of the pasture, there he was! He had closed the distance to check out the commotion, but he still needed to cross onto public land. I was instantly flooded with a mix of emotions. My heart was pounding with excitement knowing the calling had peaked his curiosity and was only a few steps from crossing onto our side of the fence. At the same time, my heart was sinking as I knew he had us pegged and would likely whirl around and head back to his does. To our amazement, he jumped the fence and trotted along the hillside into range and away from the private land. He stopped to look at us one more time and I knew that was the opportunity I needed. I found him in the scope, put the crosshairs on his vitals and pulled the trigger to my lever action .308.

“Click!” My heart sank to my feet. I quickly looked over at Chace who was sitting 5 yards to my right. I was only hoping that he had a clear shot from his position. (He later told me he had a branch obscuring his chance at a clean shot.) I looked back at my gun and saw the hammer was still back so I got back down on the stock, found the vitals once again and fired a round as the deer began to work up the hillside quartering away from us. I quickly chambered a second round in case a follow-up shot was needed. After a second or two of frantically searching for the buck in my scope, I turned to Chace who informed me the buck had dropped in his tracks! This was my best mule deer to date and a great birthday present a day early. 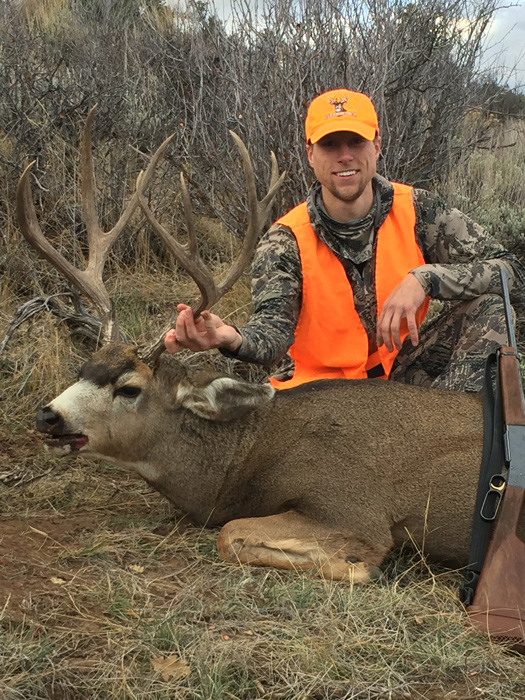 Me with my 5x6 muley a day before my birthday that I called in off of the adjacent private property.

My dad worked his way over to us and helped us quarter and pack out the buck. It was only a  quarter-mile downhill pack out to the truck to top things off! 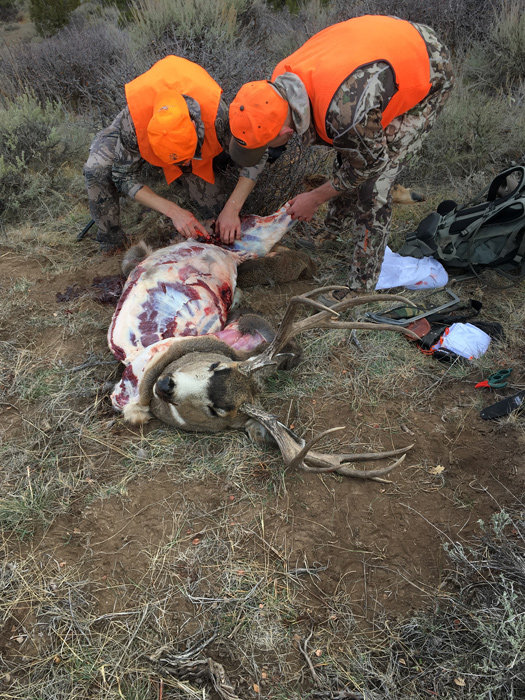 Chace and I worked on quartering and caping out my buck before a nice short downhill pack out to the truck.

Tuesday morning, the action continued. Chace and I sat together in a different area. Two bucks cruised into range across the draw from us and Chace was able to harvest the bigger of the two bucks for his first ever mule deer! 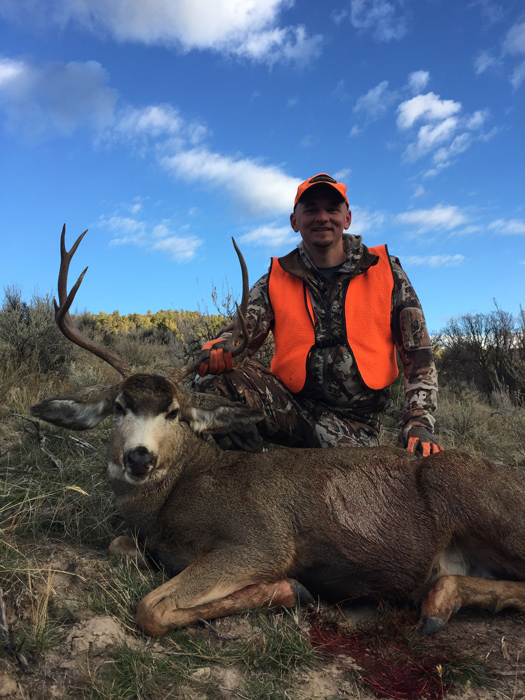 Chace with his first ever mule deer to cap off two harvests in two days.

The next morning my dad completed the trifecta by taking another mature buck rutting in the same canyon across from where I harvested mine two days before! 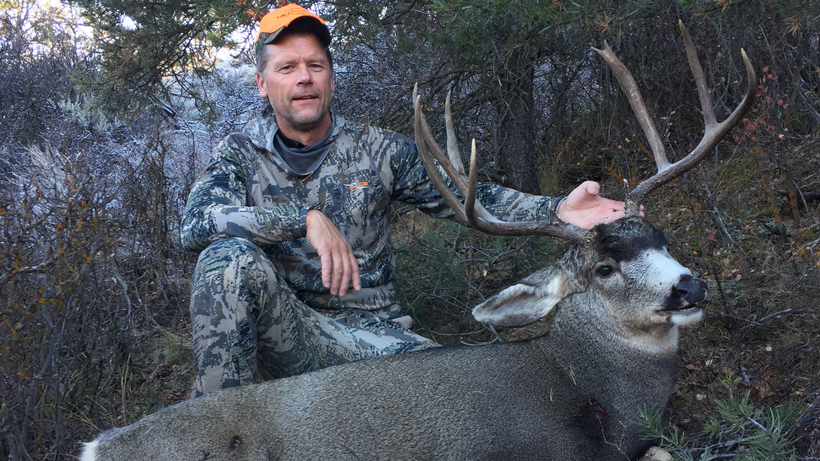 My dad with a great 24" mature muley that was rutting in the same canyon I harvested mine in two days earlier. 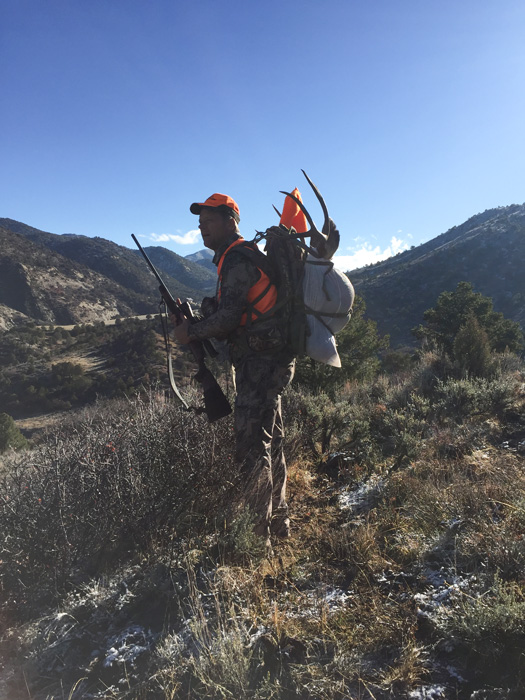 After quartering and caping, my dad had his pack loaded down with Chace, my mom, and I following behind with the rest of the meat. 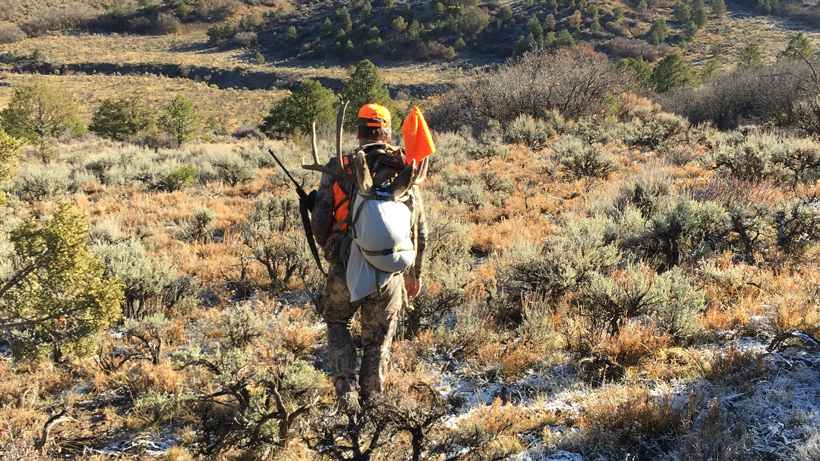 Our third easy downhill pack out to the truck. Less than a half mile to get the hide and meat on ice. 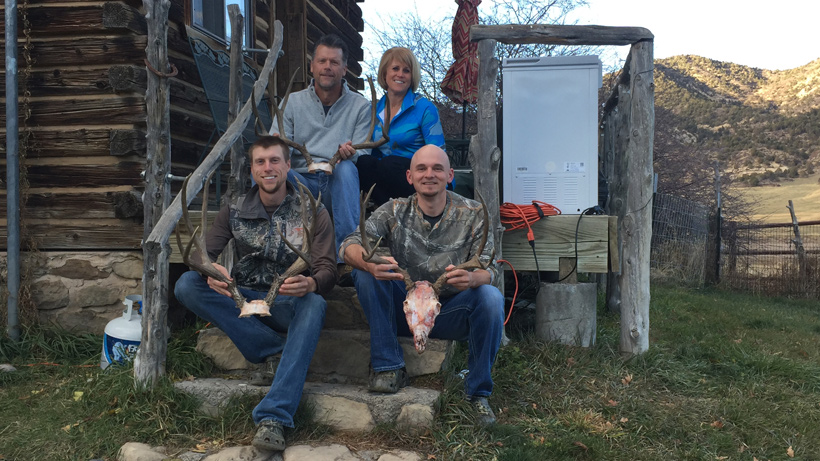 Group photo before our departure. My mom and dad sitting above, Chace on the bottom right with his first mule deer prepped for a European style mount and I on the bottom left.

This trip was certainly one for the books! Taking two mature bucks, Chace harvesting his very first mule deer, piles of lean protein for the freezer, hanging out with family and spending a week in the hills of beautiful Colorado all played a role in this unforgettable experience. It’s memories of trips like these that keep the daydreams coming back each spring and summer as we approach a new season each year. 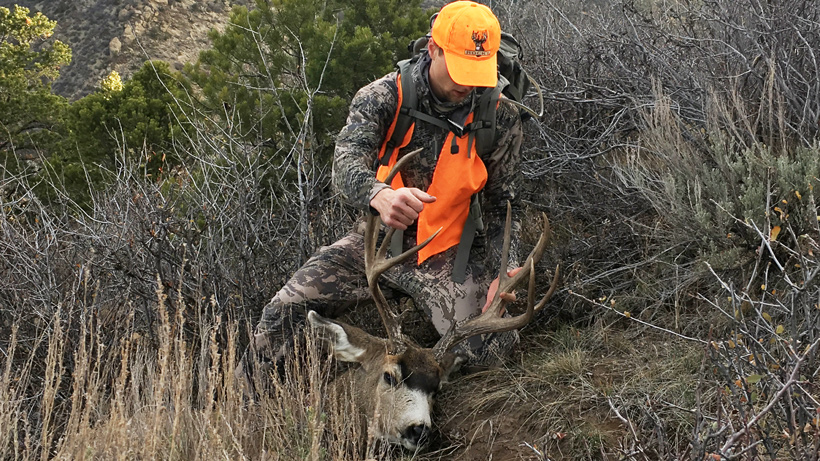 Admiring my harvest as I lay hands on him for the first time. 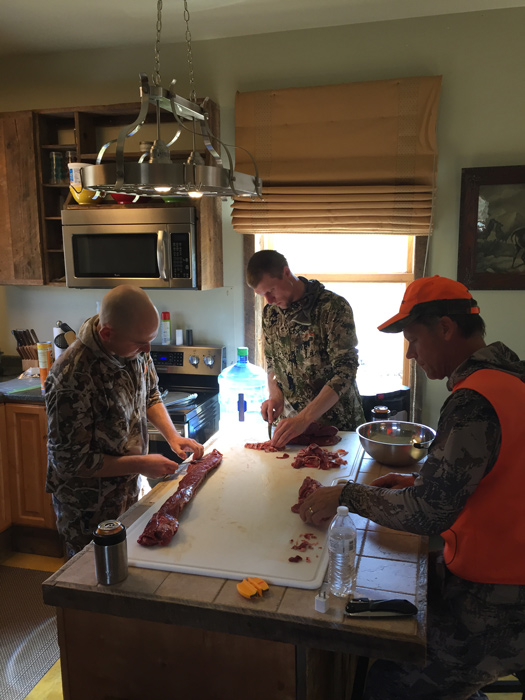 Chace (left), me (middle) and my dad (right) trimming up some backstraps for packaging after a morning hunt.