A southern style elk hunt in the mountains of Arkansas 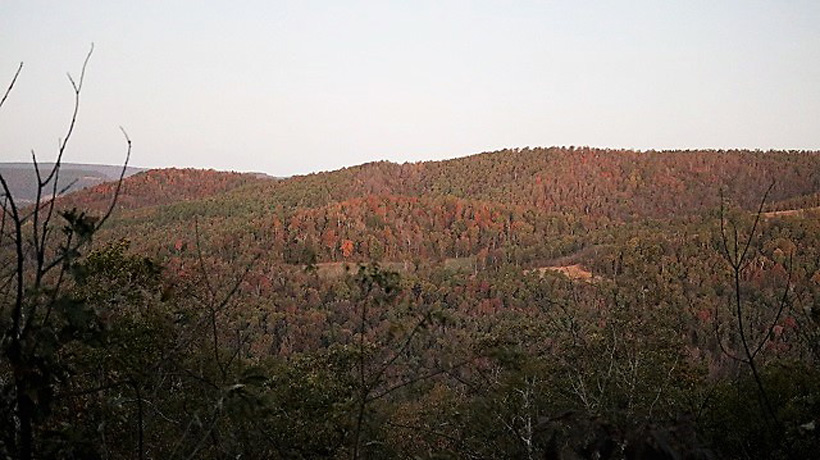 I was first turned on to the goHUNT website by Randy Newberg. I have learned a lot through his show, Podcast and YouTube channel.

I have been putting in for the Arkansas elk hunt since it first began in 1998 when I was twelve years old. This year was no different. I sent in my application and then promptly forgot about it, figuring that I would have the same results as years prior. I remember when I got the call. I screened the call because I didn’t recognize the number. I thought, “I can deal with this later,” as the voicemail note popped up on my phone. I had forgotten about it until later that night when I listened to the voicemail. I was in complete shock. I really didn’t believe it for about five weeks until I received my tags and information packet. 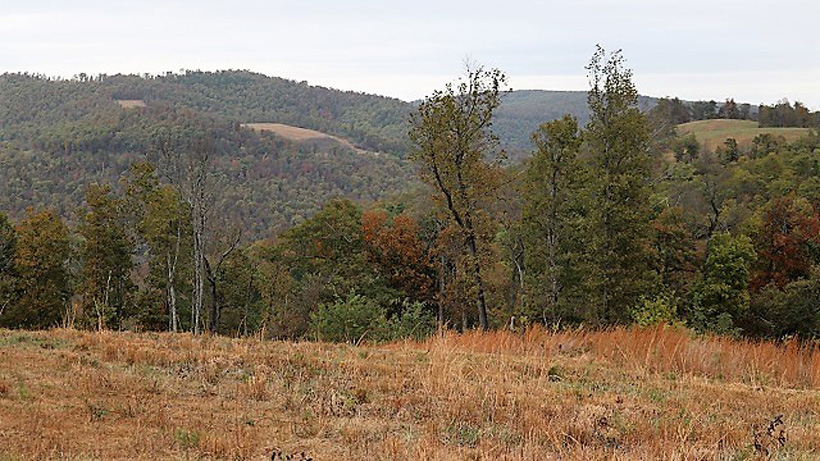 I started making trips up to my zone, BearCat Hollow, with a buddy—about three hours away from our houses. With the help of some local knowledge, we started finding elk and were lucky enough to see elk on each of our following trips up. We spent the time trying to learn the land at first, which was roughly 30,000 acres. My hunt was scheduled for Oct. 30 to Nov. 3, which meant that I had only five days to hunt. I didn’t want to waste my opportunity so we made as many scouting trips as possible beforehand.

As I started planning and preparing, I joined goHUNT’s INSIDER for two reasons: 1) for the knowledge that was on the website, which later would prove to be the difference in making my hunt a success, and 2) for the maps and draw information for a 2018 western elk hunt that I’m planning with some friends. The overall knowledge available on INSIDER is second to none. For me, it was like looking at the plans for a building; every layer was broken down and easy to comprehend. What I wasn’t expecting was how helpful the goHUNT Gear Shop store was, which would later also play a role in my success. 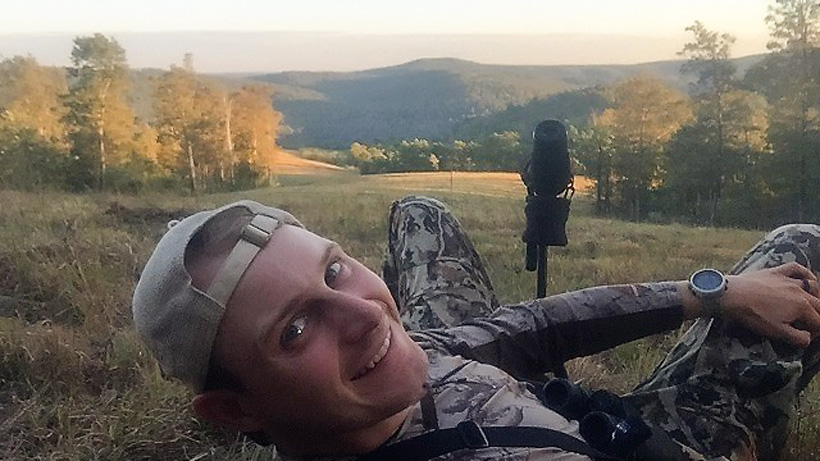 I set out on Wednesday, Oct. 25, five days before the hunt to set up camp and do my final scouting. I had learned the area and terrain in my trips before so my goal before the season was to spot as many bulls as possible and try to figure out what caliber bulls were in the area. I was lucky to spot elk every day and see what I considered first day shooters every day. 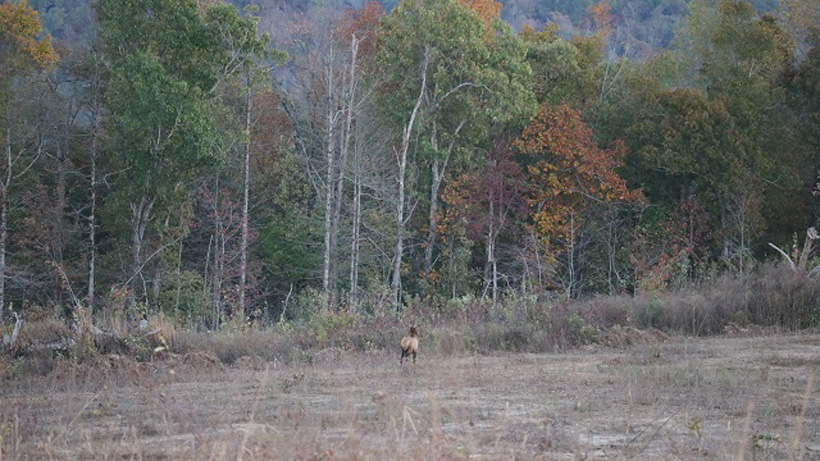 The terrain of the area is mostly deep timber with man-made fields for the wildlife on ridge tops. Each field has so many areas you cannot see. It is not easy to spot the fields from a distance with only a few places to see multiple fields. 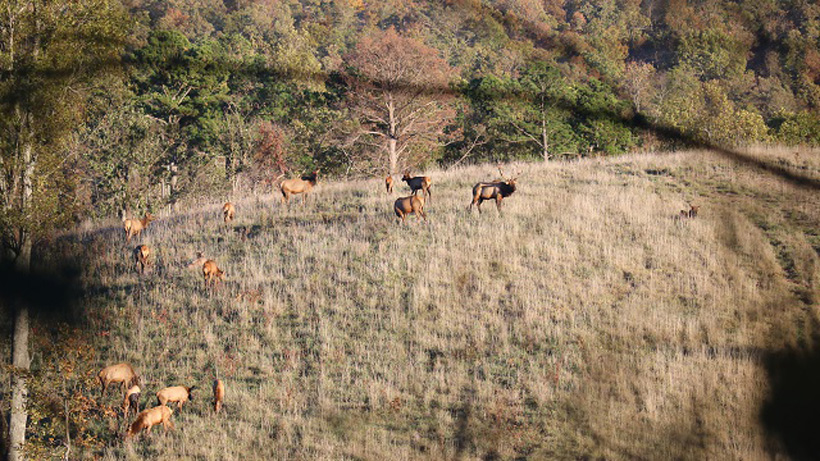 A herd of Arkansas elk with a nice bull. 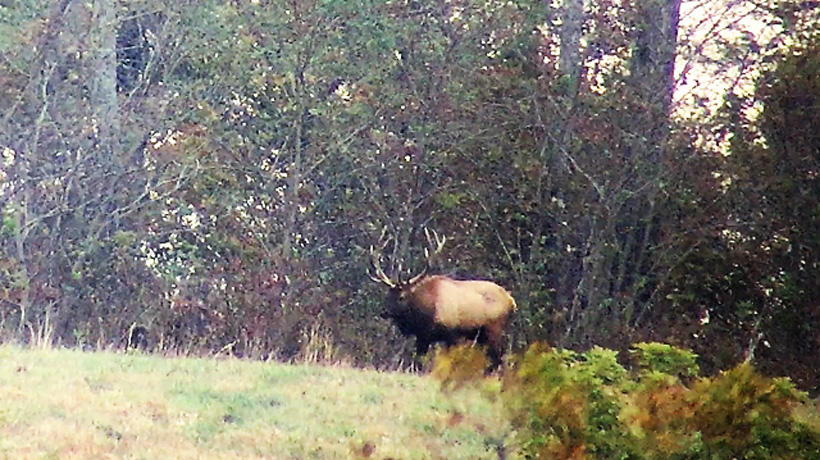 The wind was also heavy and, within only a few hours in the first few days of scouting, I could hear bugles. I was able to find an area with a lot of deep ridges out of the wind with a small field. The area was steep and thick, but had a good number of cows and bulls with one 7x7 herd bull. Every other shooter bull I spotted that week only had at most eight cows with him. This bull had a herd of about 25 cows and some raghorn bulls. He was consistently using the area and I hoped it was a matter of time until I was able to get a shot. 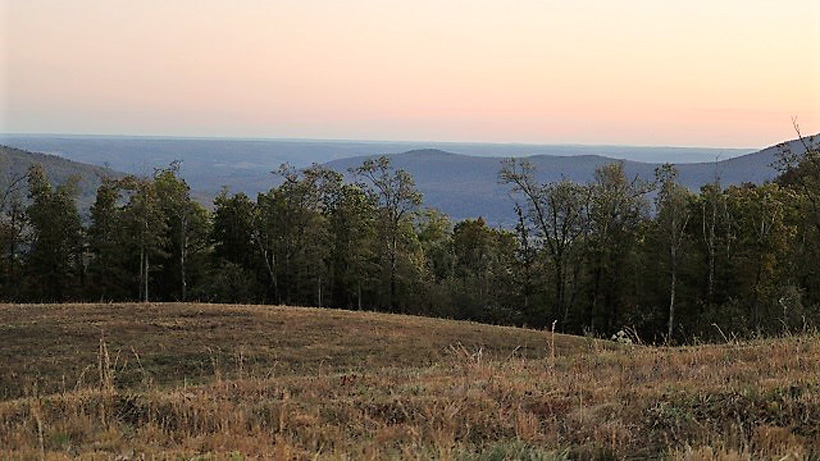 On the day of the hunt, I got to the area two hours before daylight. I waited until daylight to work into the area. It had warmed 40 degrees from the day before and I was trying to stay positive with my doubts creeping in. That morning I only saw a small 4x4 and a cow. I spotted a few more areas without any luck. I went in for lunch and went back out about 1 p.m. I set up in the field where I had spotted the big bull. The field had a lot of terrain changes and you could only see half of the field from my setup. It had a big point in the middle of the field, which obscured the other side of the field from my vantage point. My dad and buddy set up in another field where they could see the other side. The afternoon was uneventful and, as the evening moved in, I decided to slip to the middle point to where I could spot both ends of the field even though it meant that I would be exposed. 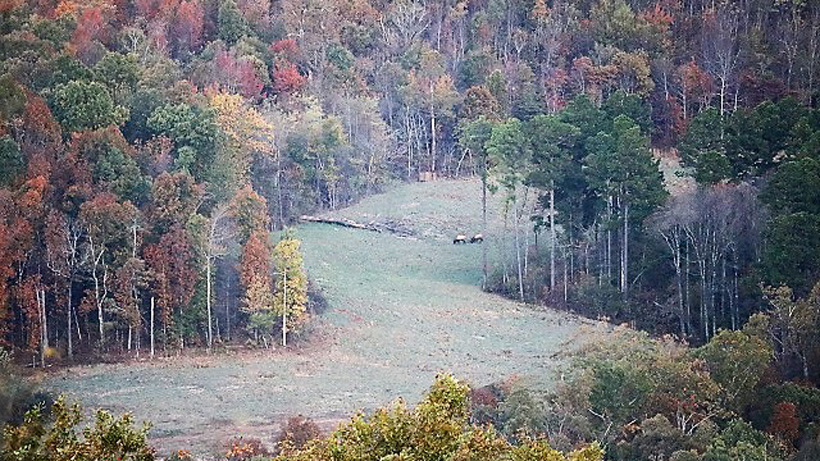 It was getting late when I got to the top. As I slipped around, spotting the different areas of the field, I heard a bugle two ridges over. I had my mouth call, which I purchased from the goHUNT Gear Shop, with me so I bugled and proceeded it with cow calls. About a minute later the bull bugled again—only this time, he was one ridge away. I could also hear him thrashing trees. So I bugled back at him and mixed in cows calls off and on. The next bugle was right below the field and I could hear elk working into the field. I had to crawl to the end of the point I was on to see down into the low spot of the field. Luckily, I was downwind!

I could see cows and a raghorn but not the big bull. I crawled a little further and spotted another group of elk below me; I could see antler tips. I raised up to my knees and could see his antlers and back.

I had to stand.

He was about 150 yards below me and was broadside. I shouldered my rifle and got steady on his shoulder. I was shooting a .325 WSM in a Browning X-Bolt with 200-grain accubonds. I squeezed off the shot and the bull hunched up and stood there as if in defiance of the shot. I tried to cycle another round but in my excitement, I didn't throw my bolt all the way back. I snapped on him twice before I realized what was going on. For my next shot, he was quartering away and I hit his spine. He collapsed and my excitement began. I later learned that my dad and buddy could see me on the ridge top and they said I had another bull charging me from my backside ready to fight. 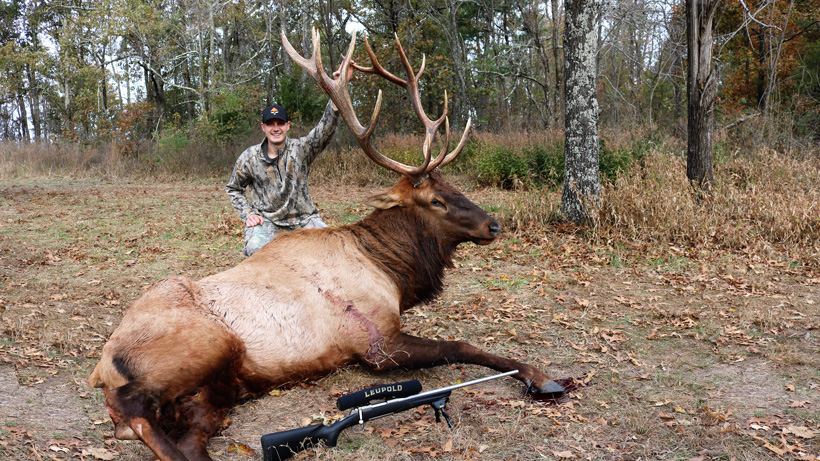 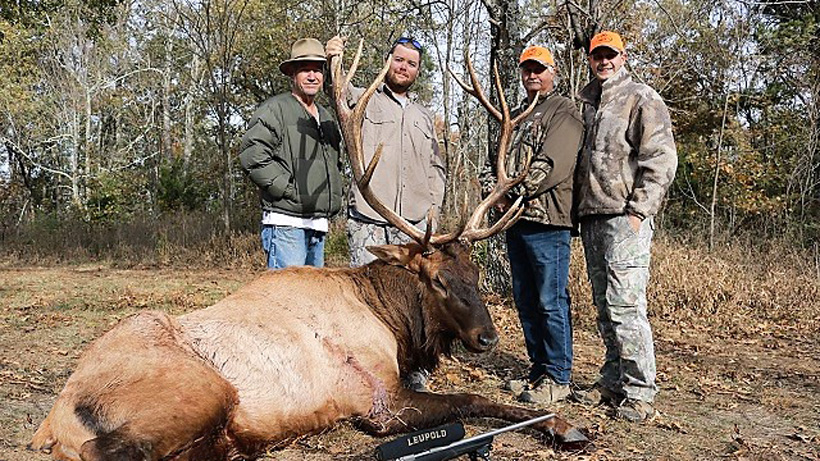 For the next hour, we took pictures. I had made friends with the forestry manager and he unlocked the gate that leads to the field, which was about three-fourths of a mile downhill. It took us over an hour to figure out how to load him up and we made it back to camp by 10:30 p.m. The next day we boned out all the meat (which filled a 160, 75, and 45-quart YETI cooler), caped the head, broke camp and got him checked in for the CWD and biological tests. All total from the beginning of my journey until the end: I spent 18 days scouting, one-day hunting, and one-day breaking camp and butchering. The experience and the meat are both things I will cherish forever from this hunt. 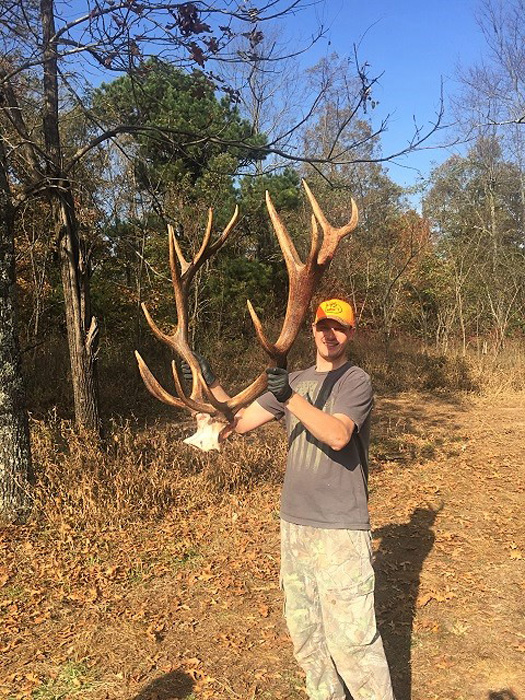 It was an unbelievable experience that I will not forget. I cannot express how significant all the information I learned off of INSIDER was. From the purchase of the mouth calls, tips on how to call elk and even how to scout and hunt elk. The knowledge and information on the goHUNT website is a library of wealth. I want to thank you for listening to my story and for producing such a great tool for hunters to use.