A battle in the backcountry for Colorado elk 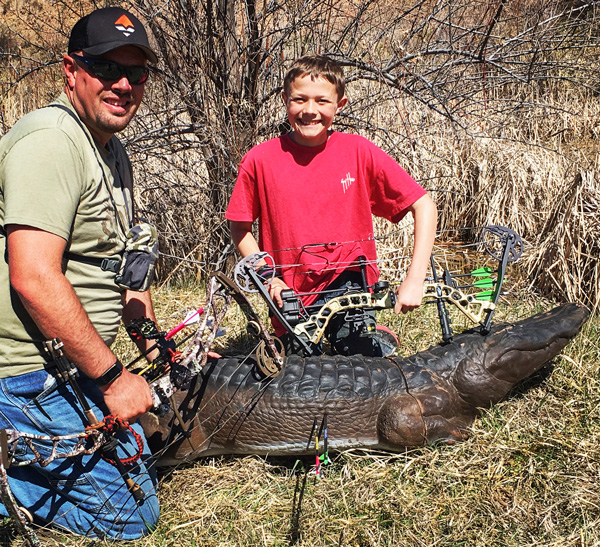 The 2016 season was one for the books. My son and I spent all summer preparing our bows, shooting every day in the yard and once a week at 3D archery leagues. As they tend to do, the summer flew by and opening day was upon us. I was able to take a couple of friends out and help them get their first archery harvests with a pair of nice muley does on opening day.

With my son back in school and my friends tagged out, on the second weekend, I was headed out deep into the Colorado wilderness on my own. I dropped into my favorite basin and set up camp just below the ridgeline. With little elk sightings and a couple of other hunters packed several miles back into my apparently not-so-secret spot, I was considering relocating.

That night brought lots of rain and sent the other hunters packing, but I seem to always have the best luck in the rain. Being early September, I typically keep the calls at home, preferring to spot and stalk right around timberline where I can use the small clumps of trees as well as the steady alpine wind to my advantage. I crept out to my glassing spot before dawn. As I was setting up the tripod, I heard what sounded like a giant tree being hit by a bus and falling over. I tried to squint through the early light to figure out what was going on. After 30 seconds of silence, I resumed setting up the tripod, when again a loud crack...

The little light bulb exploded above my head and I actually said out loud to myself, “That’s bulls fighting!” I dropped everything and tore off at a run straight down the steep slope as the sun just started to give me enough light to guide my path. The bulls continued to battle as I got closer and got the wind and cover right. I broke through the edge of the timber and the bulls were going at it; it seemed to be a little more intense than your typical early season sparring session. I slowly edged through the treeline and got my range. As I drew back, my elbow rubbed the tree behind me right as the bulls broke apart. Busted! Both bulls pegged me and all I could do was freeze. The action camera footage later told me that I was at full draw for 1 minute and 49 seconds (which I could have sworn was an hour) before they both put their heads down and started to feed. 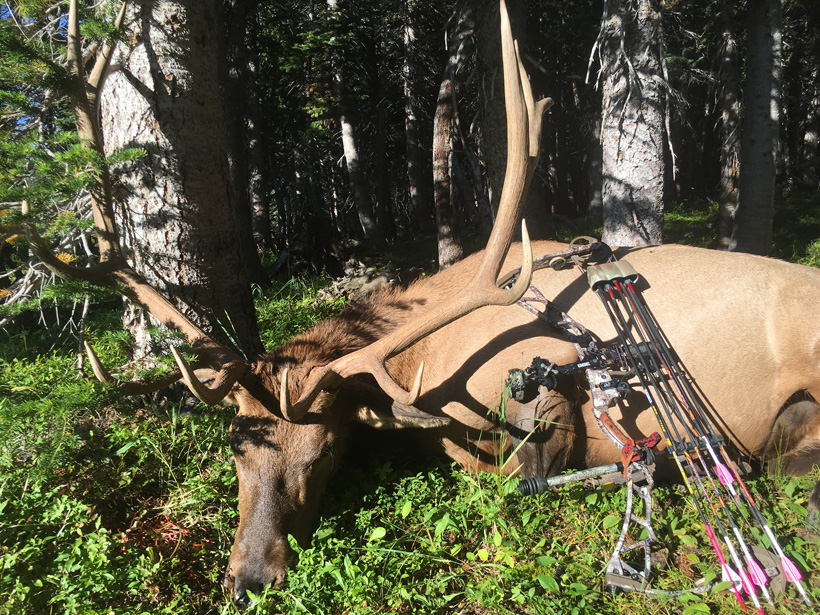 I let down hard from being fatigued and the arrow bounced on the riser, busted again. This time It took a full three minutes of being frozen still before the smaller bull finally returned to feeding; the bigger bull followed 15 seconds later. I stepped forward two steps, rearranged and was able to draw undetected. After a perfect double lung shot and a short tracking job, the real work began. 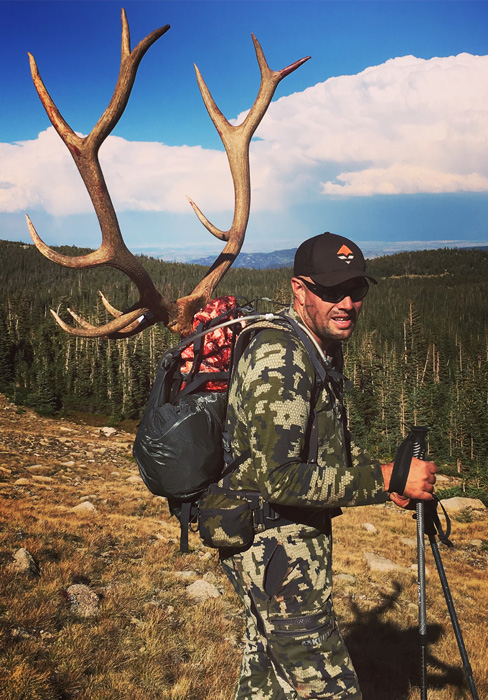 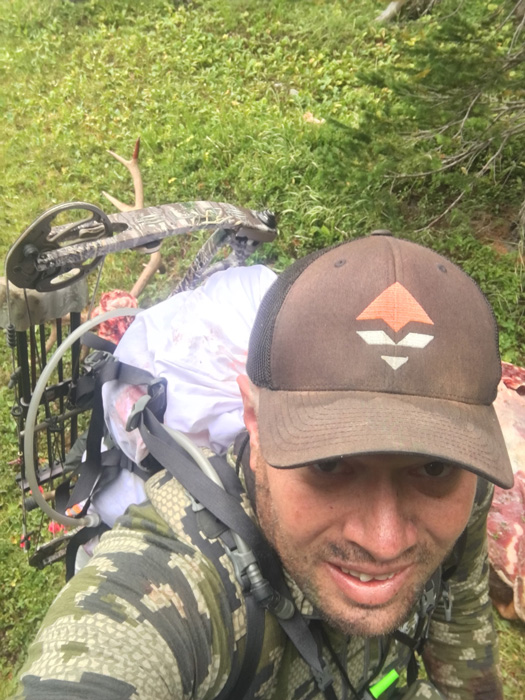 That look you give when packing out tons of elk meat.

A 1,200’ vertical climb back out of the basin then a 2,500’ descent back to the trailhead over about four miles, but I got all of the meat up to the top of the basin that day and got a load out to the truck before dark. 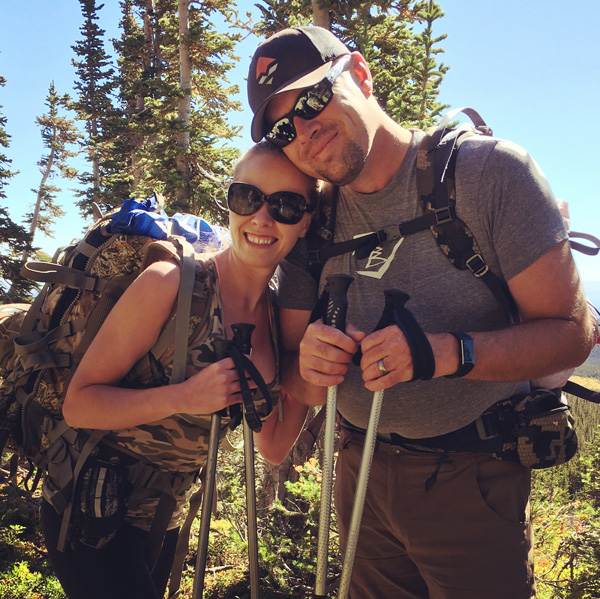 Early the next morning I brought the family along to help haul the rest of it.

The next weekend, my son and I went out looking for turkeys. I have kept a bear tag in my pocket for as many seasons as I can remember without ever having actually spent time hunting them. 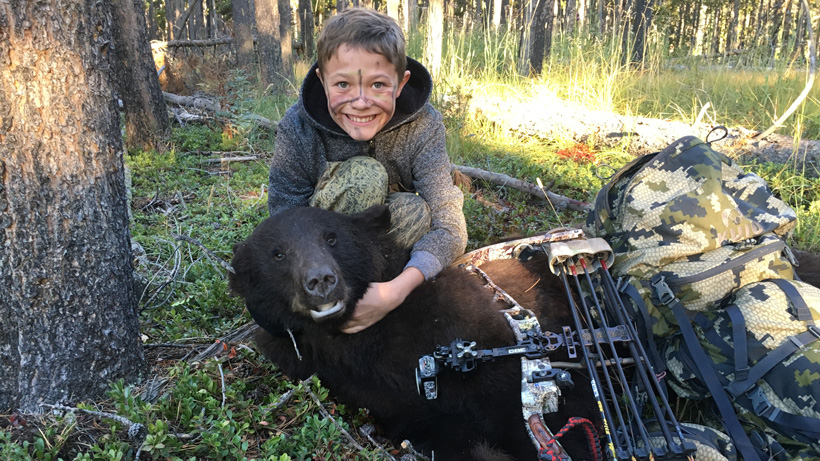 It’s more of a just in case type thing. Last year, it paid off when one came running down the meadow and got an arrow at 30 yards. It was awesome to have my son there and the bear only made it 10 yards from the shot. It was over as soon as it began and we had a beautiful 10-year-old 6’ chocolate Colorado bear down. 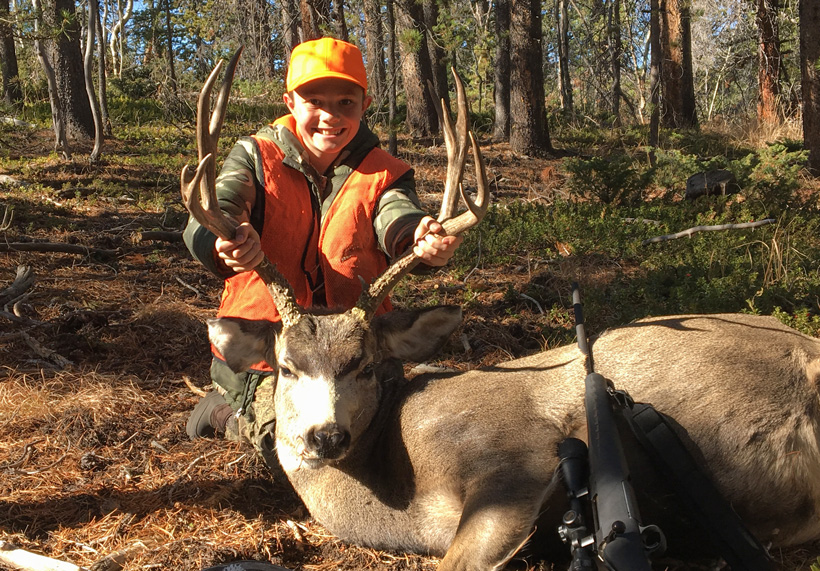 To top the whole season off, my son—in the first year he was able to hunt (you have to be 12 years old in Colorado)—was able to get this beautiful mule deer with his rifle on the opening day of the 3rd Season hunt after an hour and a half stalk. 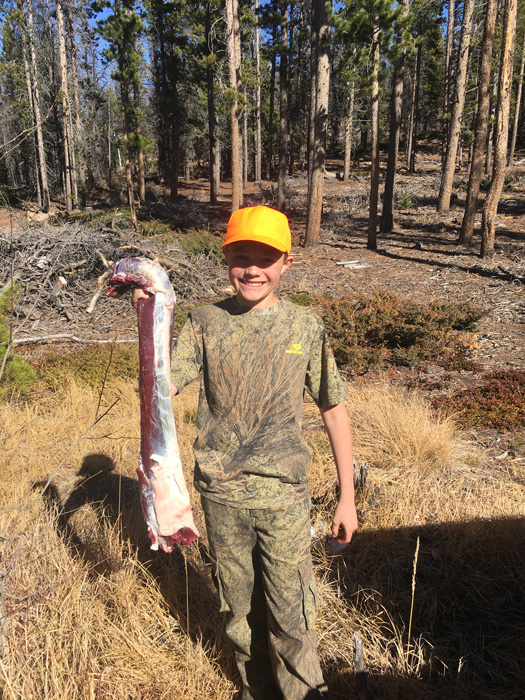 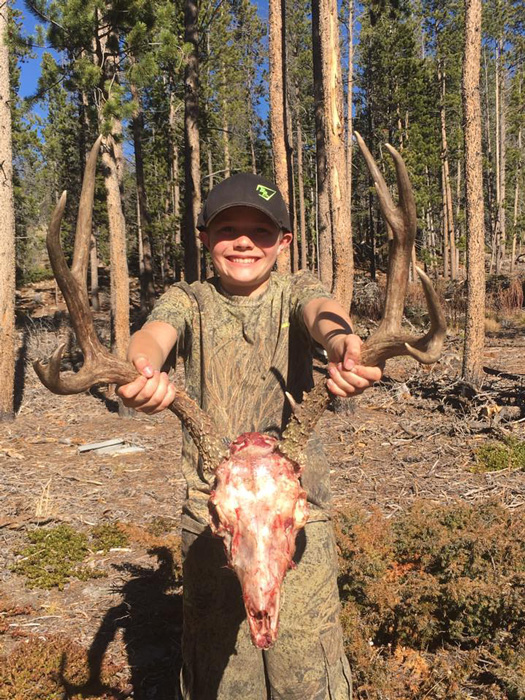 We were able to fill the freezer for the year, but, more importantly, I was able to develop a deeper relationship with my son. I am able to pass on my love of outdoors and my passion for public land with the next generation as my father did with me. 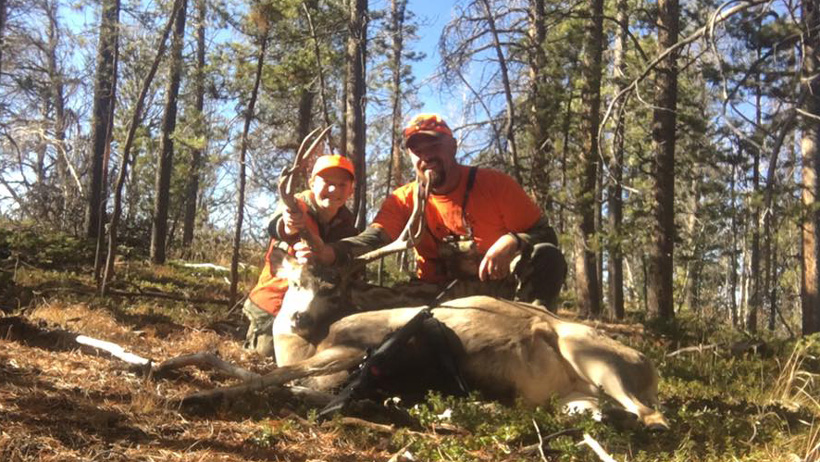