Hunt of a Lifetime offered to terminally ill children 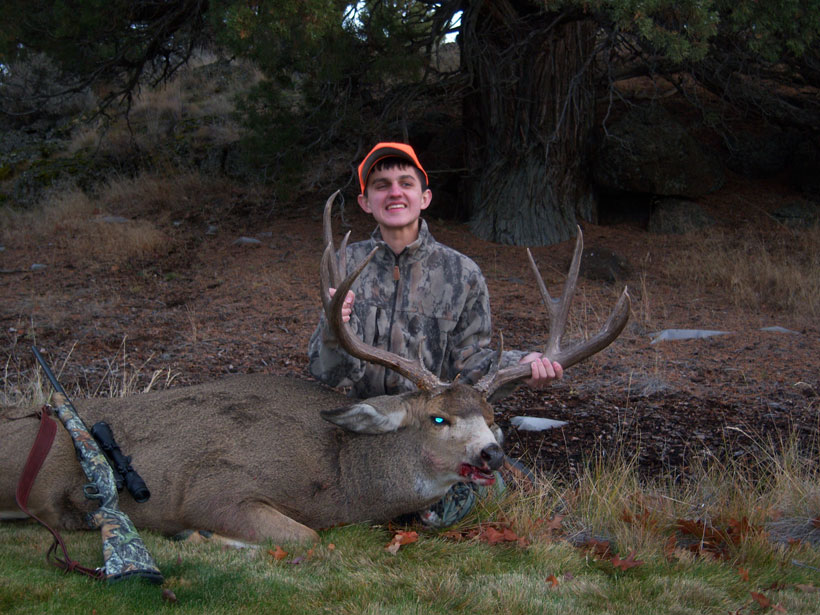 People usually have years to create hunting memories, but for children with life-threatening illnesses that is not often the case. Fortunately, there are organizations that understand the importance of experiencing hunting and the outdoors. These organizations work with children everyday who have these illnesses to plan an adventure, and hunt of a lifetime.

This is especially good news since Make-A-Wish Foundation (the organization most well known for fulfilling end-of-life wishes) has refused to arrange hunting trips for the last year despite granting thousands of other requests like trips to Disney World, or meeting famous celebrities. Many say this is in response to strong criticism from animal rights groups. Parents of sick children are not often aware of this loophole within the Foundation’s policies. Those who have been turned away from the Foundation because their child would like to hunt as a final wish now have several organizations to choose from that are filling the void and helping fulfill these important requests. 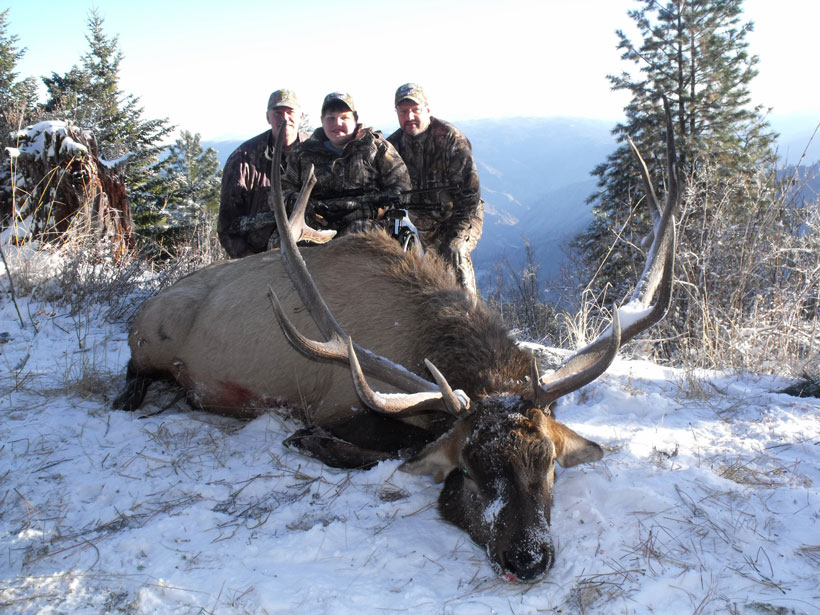 Studies have shown that spending time outdoors can help ease depression, improve mood and help with overall focus — all things that children with life-threatening illnesses can benefit from as much as anyone else. Incorporating a hunt-of-a-lifetime and fulfilling their dream only adds to the enjoyment of the outdoors and allows hunters the chance to pass on their knowledge and make these children smile.

For musician and longtime hunter Ted Nugent, participating in these types of hunts goes beyond the actual event. He told goHUNT: “I have been honored and humbled to take terminally and severely ill kids on special hunts for more than 35 years. Each stirring experience is an emphatic lesson in sheer willpower and courage. Truly the spirit of the wild eases their suffering and cleanses their souls and provides a definitive lesson in life's priorities. Those of us fortunate enough to be a part of it come away a much better person for it.”

Hunt of a Lifetime, United Special Sportsman Alliance, Outdoor Dream Foundation and Take ‘Em Outdoors are nonprofit organizations focused on taking children that are battling life-threatening illnesses on hunting or fishing trips to fulfill their dreams and to help families create lasting memories. Hunting trips take place throughout the country and typically focus on deer and elk, but black bears and wild turkeys have also been chosen game in the past.

Many conservation groups, such as the Rocky Mountain Elk Foundation (RMEF), have partnered with these nonprofits to better serve the children in need. RMEF, for example, has teamed up with the Outdoor Dream Foundation (ODF) for the past nine years, organizing donations for gear and land to hunt on, as well as coordinating volunteers to make the children’s dreams a reality.

Danny Benson currently serves as Ambassador for the Oregon Chapter of Hunt of a Lifetime (HOAL) and became involved with the organization in 2002. “The organization was formed when the founder’s son’s hunt through Make-A-Wish Foundation was canceled because of their change of philosophy and his age,” Benson told goHUNT. The boy was 19 years old and once his wish was denied by the Foundation, his mother raised funding independently and helped arrange for him to go on a moose hunt in Canada. Donations collected at his funeral were used to start the organization which now has multiple chapters (Arizona, Colorado, Oregon, Indiana and Washington) and has organized hunts across the continental U.S., three countries and touched the lives of over 650 children. 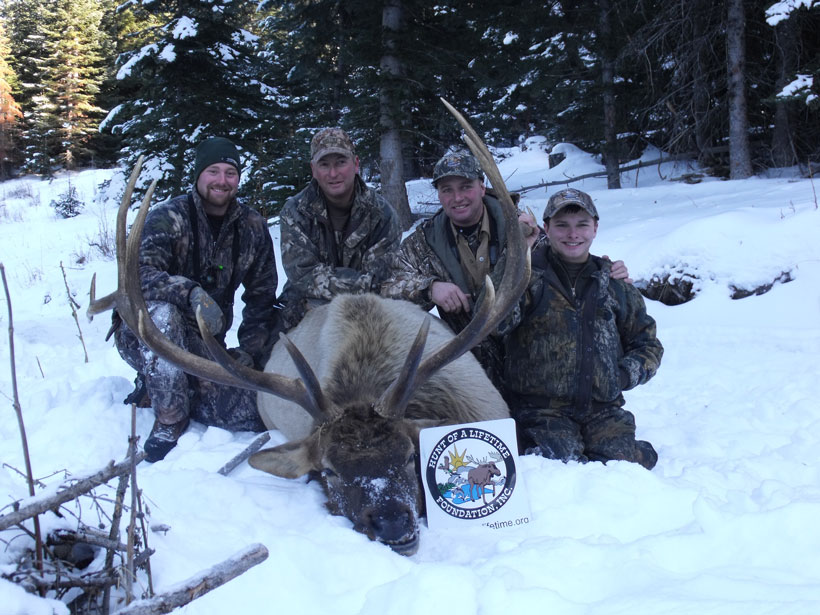 Benson says that the majority of the hunts organized by HOAL occur out west, saying, “We’ve done 67 hunts out of the Oregon chapter. All of them have been elk or deer hunts — mostly elk hunts.”

According to Benson, many private landowners donate their property to host hunts for these children and many volunteers keep the hunts happening. “It used to just be my wife and myself who did the hunts,” says Benson. “But now we have a solid group of volunteers.”

A guardian is required to accompany the child on the hunt. The complete package offered by HOAL, which is similar to what is offered through the other organizations, includes not only the tag to hunt, but also donated time by a butcher to process the meat, as well as donated time by a taxidermist to create a shoulder mount of the animal harvested for the family to keep. 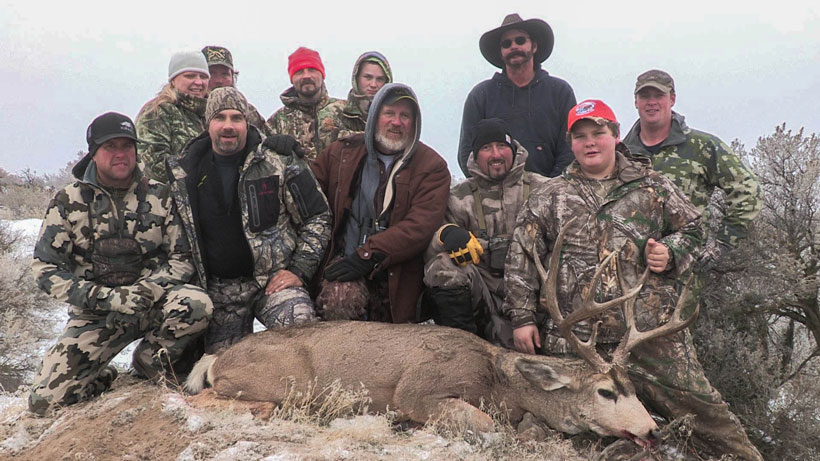 J. Sheets from Georgia pictured with his 2014 mule deer with parents and volunteers. Photo courtesy of Danny Benson, Hunt of a Lifetime-Oregon Chapter.

While science continues to make breakthroughs, there are still many diseases and illnesses that do not have cures. By providing children with the opportunity to fulfill their final wish, these organizations are providing a memorable adventure for them as well. Many of the people who volunteer with these organizations appreciate the support and interest from fellow hunters, fishers and outdoors men and women. If you are interested in getting involved, please contact one of the organizations discussed above and find out how you can help.