How to keep your muzzleloader dry 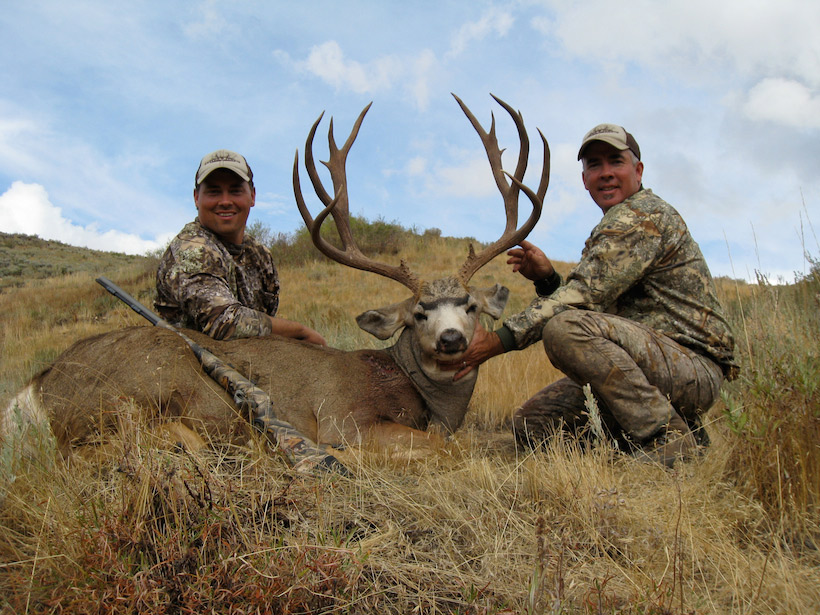 This deer was harvested on a rainy day. I had absolutely no trouble with the gun going off and moisture never even crossed my mind. Maybe, it was because I was staring down the barrel at my largest buck to date. Photo Credit: Steve Alderman

We all know that one of the disadvantages to hunting with a muzzleloader is getting it to fire.  Add the rain into the mix and your chances of seeing that smoke fly trickle away. Here are five tips that will help your muzzleloader keep barking in the rain. 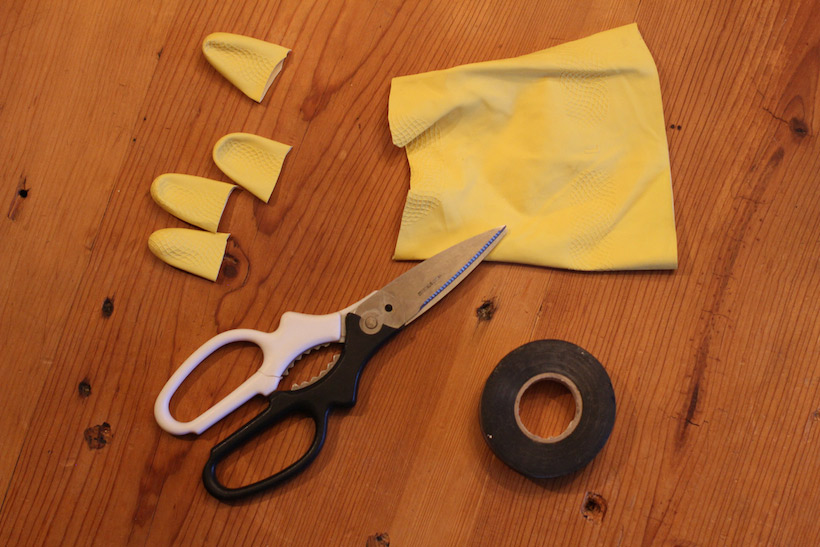 An important part of a good essentials kit is some sort of waterproofing. A few tools are needed to help you get the job done. Photo Credit: Steve Alderman

Most muzzleloader hunters are concerned with the muzzle for obvious reasons. It's a huge hole that is wide open to all the elements. There are two ways you can take care of this end of your gun. First is to put a rubber balloon over the end of the muzzle. While this works great to keep the water out of the muzzle, it usually doesn't last very long because it tears, rips, or completely pulls off the end of the barrel. 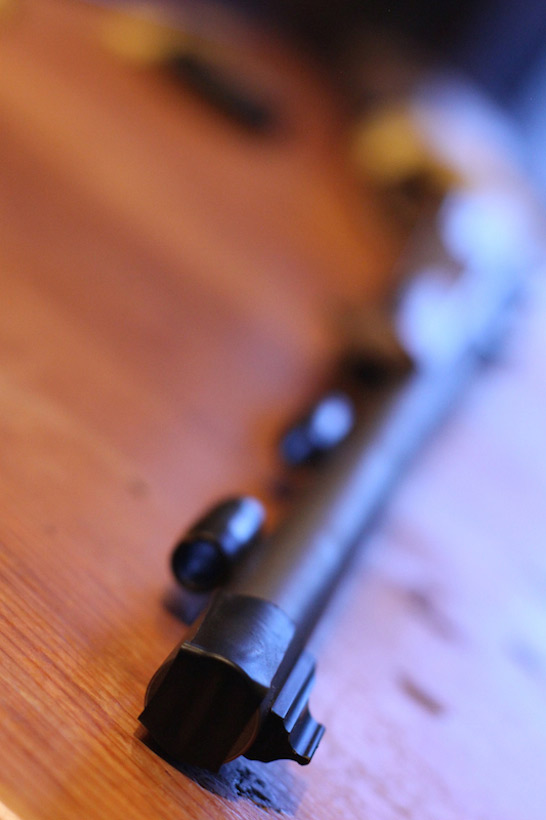 I prefer the black tape over the end of the barrel. I use it it day in and day out, as it seems to work the best in all conditions. It helps keep debris out as well as water. Photo Credit: Steve Alderman

The best method, and the one I use most, is good old-fashioned duct or electrical tape. More often than not, it's electrical because it's easier to throw in your essentials kit or truck door for storage. One piece over the end of the barrel, a couple of wraps around the barrel to help hold it in place, and presto, a water and debris safe muzzle. Don't worry about it once you've put it on. Just put it on and leave it, because it is safe to shoot right through it. It doesn't affect the flight path of the bullet the slightest bit. 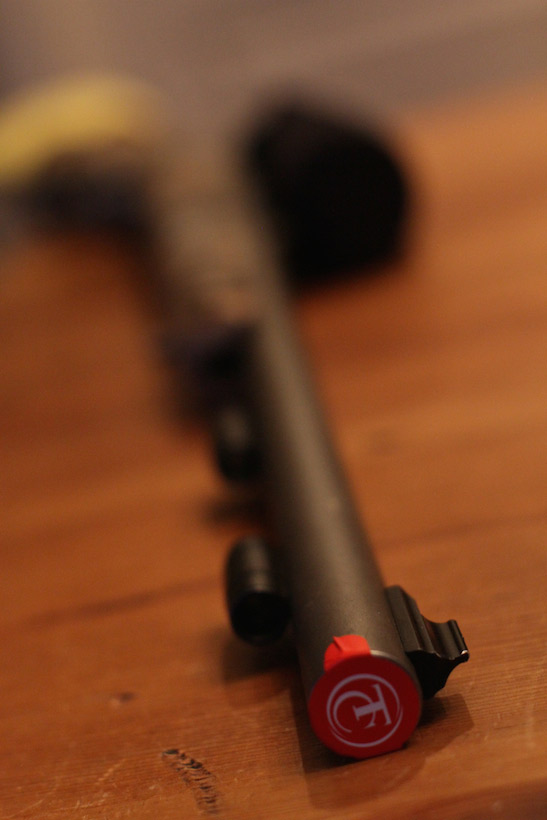 Some manufacturers make stickers that cover the barrel end. They are convenient, but they don’t work as well as black electrical tape. Photo Credit: Steve Alderman

The other area that most concerns the muzzleloading enthusiast is the nipple or flash pan of the gun. Granted, if you are shooting a modern muzzleloader this is not much of an issue; however, a few states require that your gun ignition be exposed to the elements. This doesn't mean if it is raining you can't cover it with something that is not built onto the gun. A coat or a rain jacket are often used because they are handy. An old-timer I once ran into in the hills had a piece of bicycle inner tube wrapped around his gun and nipple. What a great idea, I thought to myself. I was wrong. The first time I shouldered it and went to release the inner tube and it smacked me in the face,I found another less dangerous way to keep the elements out of my firing mechanism. I stole one of my wife’s cleaning gloves -- you know, one of the rubber orange ones. I cut the hand part of the glove off right at the wrist or the smallest part of the glove. I then slide it down the barrel until it covers the nipple and trigger mechanism.

The smaller the glove the better. A tight fit around the nipple or flash pan is important. The glove looks loose, but if you look closely you you can see it is tight over the hammer and nipple. Photo Credit: Steve Alderman

The cool part about this is it protects the nipple from the majority of water, but it is also hunter-safety orange when it is on your gun. The smaller the glove the better. When you are ready to fire, pull it over the stock of the gun and you are are free to fire away. The neat part is that you can use the fingers of the glove to cover the muzzle of your gun. It is a much stronger rubber than the traditional balloon method. I just slip it over the muzzle, wrap a few rounds of electrical tape and bingo, a water resistant muzzleloader. One pair of gloves should easily last you the season for both ends of your gun. 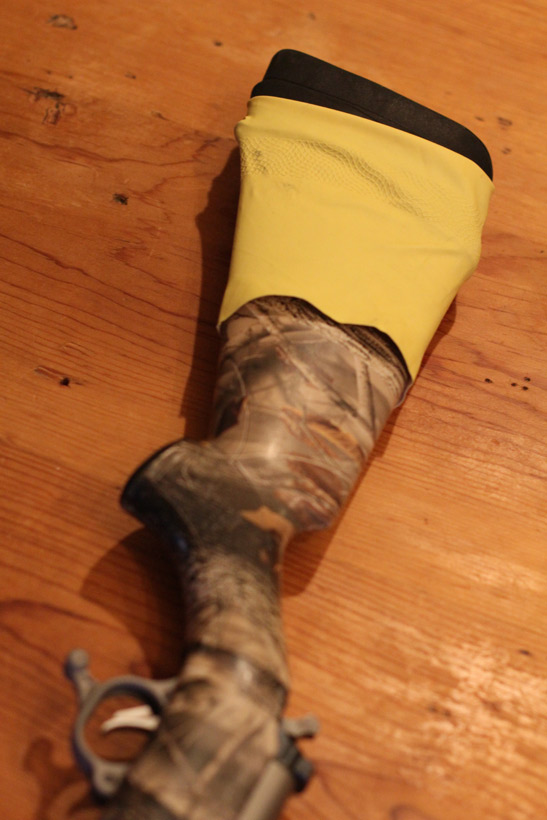 When not in use, the rubber glove slides back over the stock and out of the way. This is why I prefer the orange ones -- it gives you a little bit of visibility for other hunter to see. Photo Credit: Steve Alderman

So there you have it, a watertight gun. Yeah right, it's not quite that easy. Just because you stopped the water from coming in one end or the other doesn’t mean that you have stopped all your moisture issues. What most people don't consider, and what I refer to as “the silent killer,” is condensation. Condensation can ruin your hunt just as quickly as a rain shower.  Most condensation is caused by taking your gun out of a warm environment, such as your car or house, and putting it into a cold environment. It also works in just the opposite way, taking it from somewhere cold and putting it into a warm place. Condensation will form on the metal parts of your muzzleloader, and this includes the barrel, both on the inside and outside.

The only solution I have come up with is to just leave it outside in a case. Try to leave it at the temperature it is outside. It is okay to warm it up and then cool it down slowly over a 30-minute period or longer, but abrupt changes in temperatures will cause condensation. I leave mine outside in my scabbard in the truck  or in my tent vestibule.  I can leave my load in my gun for days at a time and don't have to worry about it at all.

It's always a good feeling when the muzzleloader barks. Why worry about it any more? If you follow these few simple ideas on keeping your powder dry, you will have a more enjoyable and successful hunting season.

So I found a product that never went to market while talking to an injection mold creator on another project I had him making for me. He showed me this product that is a rubber plug that goes into the muzzle and has a hole for some string on the other end. I guess the idea was to protect against rain but when the gun fires the string holds on to the part so it can be replaced and used again and again. Do you think this product has value in the industry?