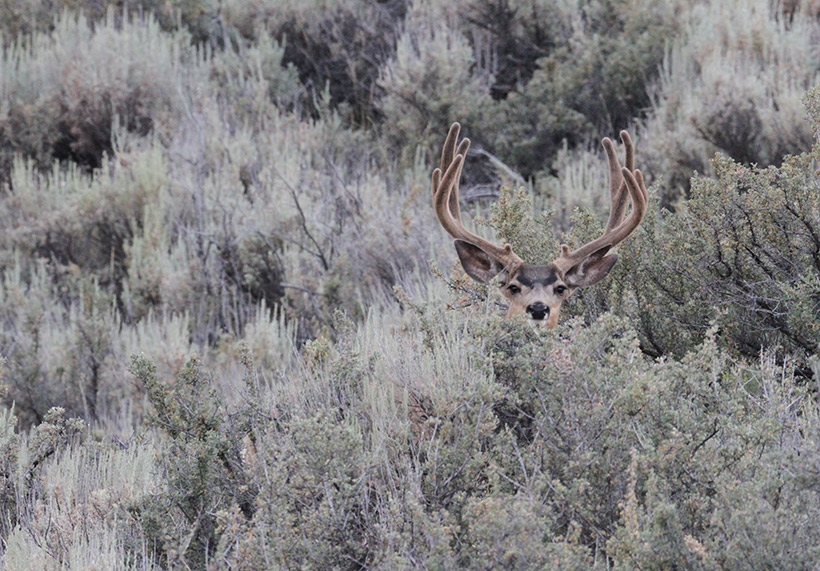 A couple of articles back, I talked about finding bucks during the summer months. In this article, we are going to narrow the search even more by throwing another variable into the equation, which is drought. Drought is defined as a shortage of rainfall or the prolonged shortage of rainfall.

The big questions are: How does drought affect mule deer? During a year of drought, where and how do I find them?

First, we must understand the concept of drought. The West, in general, has been in a drought state for quite some time now. The best we can hope for in a good moisture year would be a year with better moisture than the ten-year average, which is still below normal. Let’s go ahead and narrow this search down even further. Let’s say, how is one to find a deer on an extreme drought year? 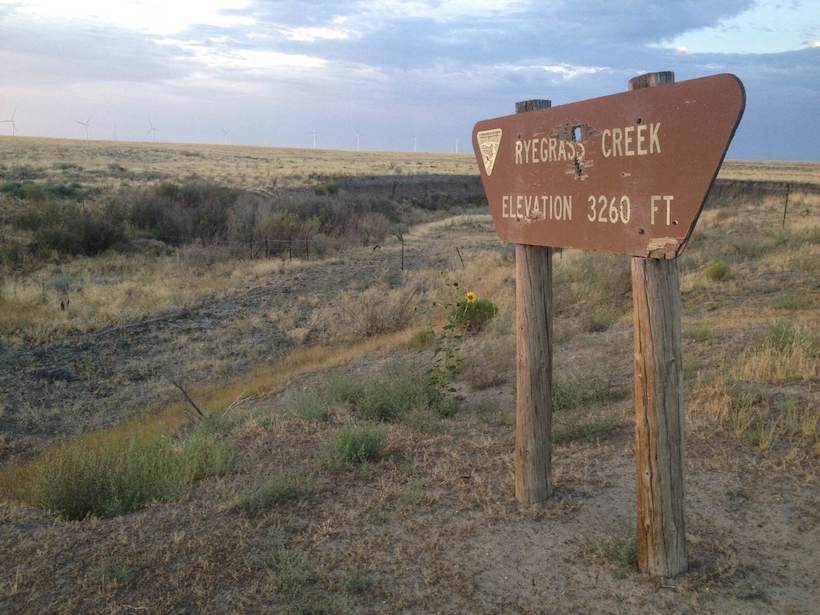 Water sources are drying up earlier in the year or staying dry year-round as is the case with this creek. Photo credit: Steve Alderman

A lot of the West, including my home state of Idaho, is having one of the driest springs in a decade. Water holes, ponds and even reservoirs are dried up. Seeps, springs and creeks haven't run in years, and the mule deer’s diet has changed from moist palatable food to dry less nutritious forbs and shrubs.

How does this affect the deer? In short, mule deer bucks go into the fall with less weight and body fat, which means they are more susceptible to the harshness of old man winter. Does go into the rut and winter with less body weight, which in turn, leads to less fawn recruitment. Instead of having twins, which is the norm, they only have a single fawn or none at all. Thank goodness for the mild winters of the past few years; it has helped the mule deer squeak through these last few years of drought. 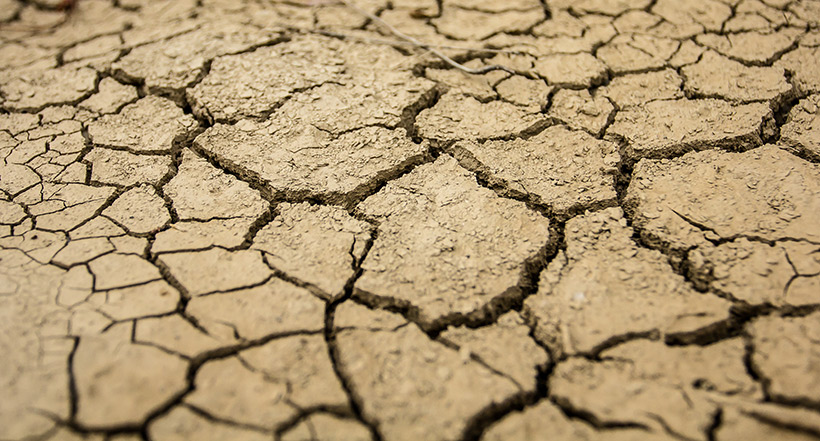 How does one narrow their search for the elusive heavy-antlered mule deer buck during one of these extremely dry years? Unlike the time when I talked about vegetation and what to look for, in an extremely dry year, the vegetation changes more frequently from month to month as it dries out and dies in the summer heat. Your focus needs to change from the dark green vegetation to vegetation that is still surviving in the heat. 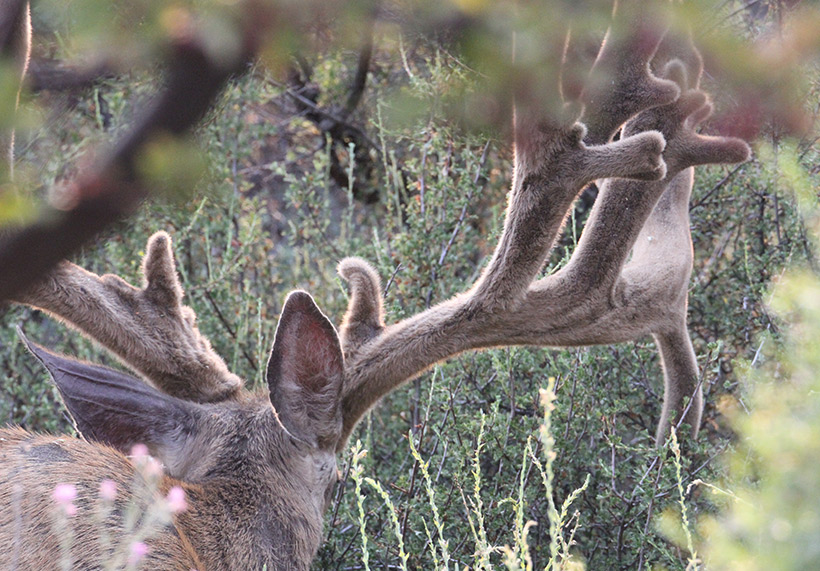 Focus your attention to shrubs as the grasses and forbs dry up in early summer. Bitterbrush and snowbrush are a major part of a mule deer's diet in July and August. Photo credit: Steve Alderman

By now all the grasses and forbs have dried, so your focus should be on the more drought-resistant shrubs. My favorites are bitterbrush, snowbrush and snowberry. These seem to be the most popular during the dry months of July, August and September. Bitterbrush is by far the most popular feed during the last few weeks of July and into August.

For instance, in June, bitterbrush consists of 1% of a mule deer’s diet. Come July, however, it is 13%. Looking forward into August, it is 20-25% of their diet. In September, it drops back off to 5-10% . These statistics are for a normal dry year; if it is an extremely dry year, move all of these stats forward two to three weeks ahead on the calendar depending on the severity of the conditions. 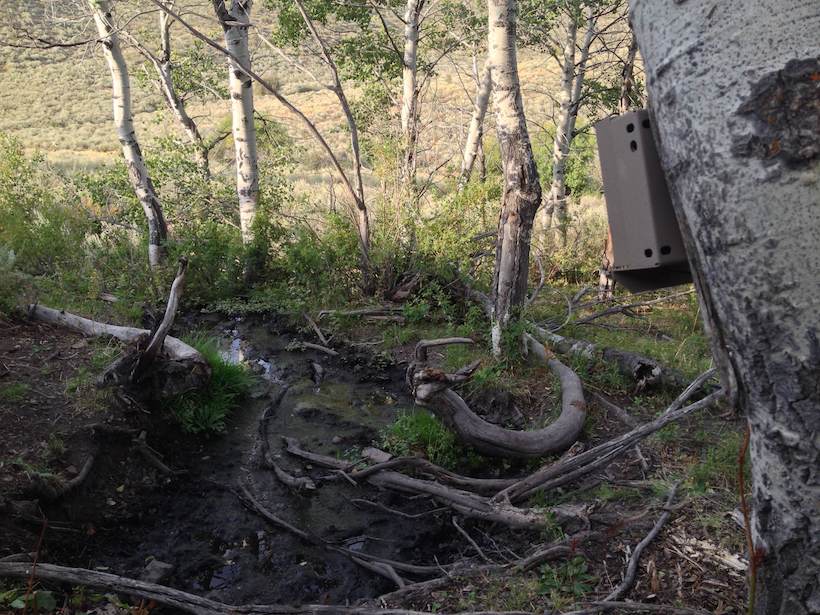 What once was a water seep turned into a mud hole once drought hit. You still need to place a camera on them because this was the only water in a two square mile area. Photo credit: Steve Alderman

After I have found the feed, I look for water. Water is more important this time of year because they are getting less moisture from their vegetation. More than likely, it is going to come from a small seep this time of year. I pound the ground and scour maps until I find a water source. After finding this, my best weapon is the trail camera. One person couldn't possible be at twenty-plus places all at one time to check feed and water. I set up trail cams on as many of the more remote water sources I can find and can't check as often as I would like.

On average, I like to check my cameras once a week to see what's hitting the water. Checking trail cams is a blast. You just never know what you are going to see, and the anticipation of that is almost like a youngster waking up on Christmas morning. Trail cameras are a valuable tool to helping me find deer. However, there is nothing as productive as just putting the leather to the ground and putting the glass to work. 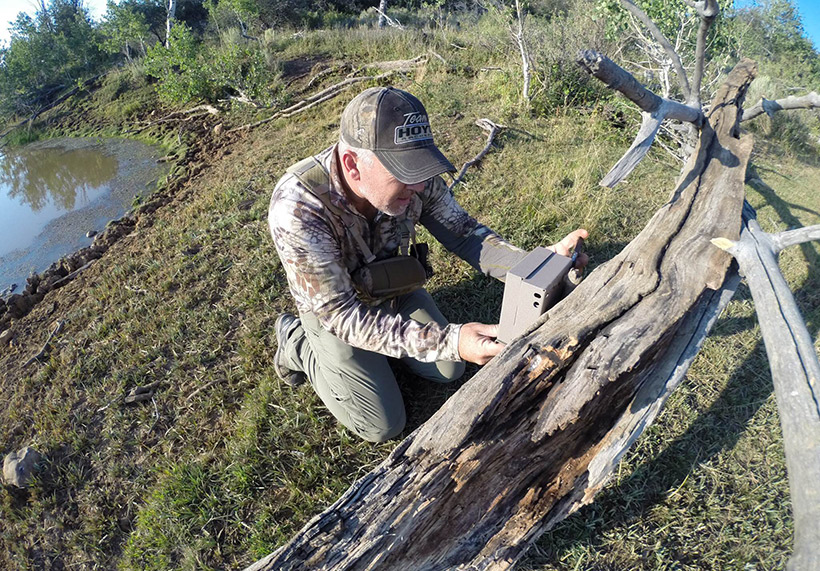 One thing not to overlook when trying to find mule deer is where you are hunting and the types of vegetation that are going to be the most palatable for the deer during the end of July and August. For me, most of my hunting is done from 6,000 feet in elevation all the way to sea level. For those above 6,000 feet in elevation, the forbs and even grasses are still going to be green deeper into July, and even August in some areas. If you’re 6,000 feet and lower, you better get out and find a few bitterbrush patches with a year-round water source near by. Heck, find twenty of them and set out some trail cameras.