How far is too far? - Archery 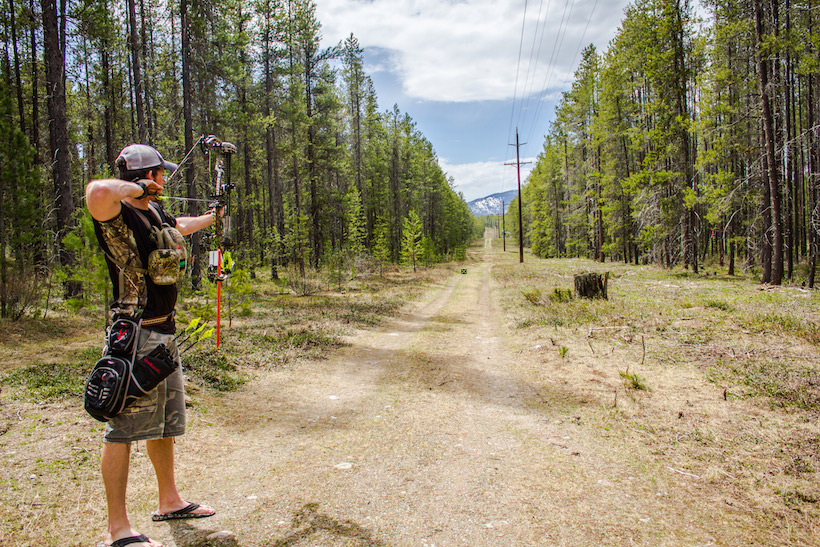 I started bowhunting as a way to become a better hunter and enjoy the outdoors. Bowhunting has always been, and should always be, about getting close to animals. There is no other rush that compares to getting under 40 yards from your dream animal after a well-executed stalk.

Remember when an 80 yard shot was practically unheard of for bowhunters? Advances in arrow and bow technology have made long-distance shots more and more commonplace, but this trend raises another equally important question in the bowhunting community: how far is too far? What’s changed for the sport that traditionally has prided itself on getting closer to animals for a successful harvest? What’s the line between hunting and archery? Has it been irrevocably crossed? 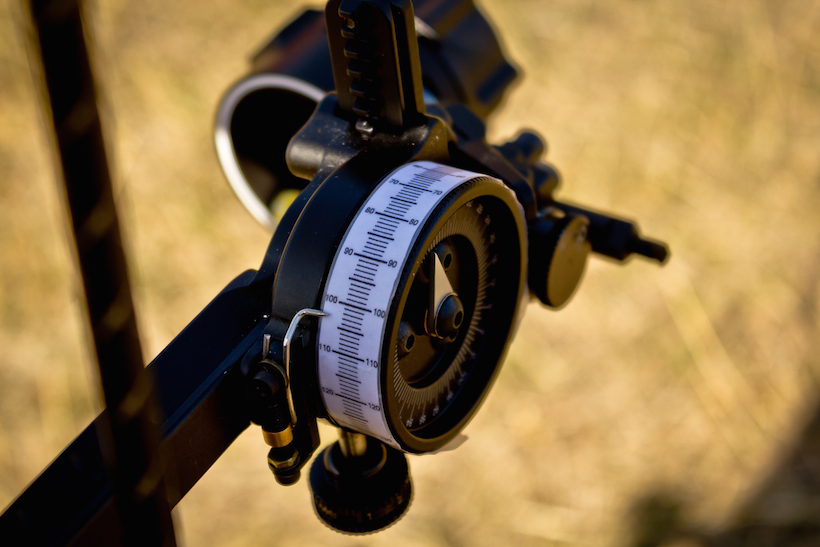 Practicing at a distance like this will make your 30 yard shot much more effective.

As with so many hunting uncertainties, part of what’s at stake in these long-range bowhunting questions comes down to hunting ethics. Long-range shots tend to rely on minute sight adjustment, positioning and sleek, highly calibrated compound bows. A minor flaw in form or hitch in breathing that causes an arrow to be off by only a few inches at 30 yards magnifies to a question of feet for a long-range shot. Shifting winds can also cause an arrow to go astray instead of finding its mark. Long distance shots are deeply unforgiving, which only intensifies given the rush of adrenaline on the hunt. As distances get longer, it becomes more difficult to determine the angle of the animal and the amount of penetration that your bow will have at that distance. You may be able to hit a target at 80, but does your bow pack enough momentum and kinetic energy for such a shot?

“Bowhunting used to be about being a better hunter; now it’s about being a better shot. Bowhunters used to brag about harvesting a buck from mere steps away, but now the most praise seems to go to the guy that makes the longest kill shot,” writes bowhunter Mark Huelsing on his blog. The refrain across the hunting community repeats the need for practice on the range well before the season begins. As stated in my recent article for increasing your shot distance, bowhunters should practice shots 40 to 50 yards beyond their target range, but dial back when hunting to ensure accuracy. Ethical shooting distance is different for every person and every bow setup. It all depends on what distance the bowhunter is confident they can make a clean shot. Above all things, bowhunters should not take a shot unless they are 100% certain that they can make the arrow fly where it needs to go.

Having the right equipment is one thing, but making the shot under real hunting conditions is totally a different thing.
Photo Credit: Brady Miller, goHUNT.com

Practice in a variety of conditions and positions is necessary for successful long-range shots on the hunt. Once in the field, responsible hunters know their limitations and don’t take shots outside their accurate shooting range. Each bowhunter is vastly different, but your maximum effective distance is a distance where you can consistently put arrows in the kill zone shot after shot. This echoes advice repeated across pro shops, hunting forums, blogs and websites. For some hunters this can be 80 yards, for others it remains firmly under 35 yards. It takes a lot of discipline to abide by your maximum effective range when you have the animal of a lifetime in front of you. Passing on a deer might be tough, but if you have to second guess yourself, then you probably shouldn't be shooting that far. Bowhunters need the right bow, the right optics, the right bow accessories and plenty of practice to effectively shoot further distances. 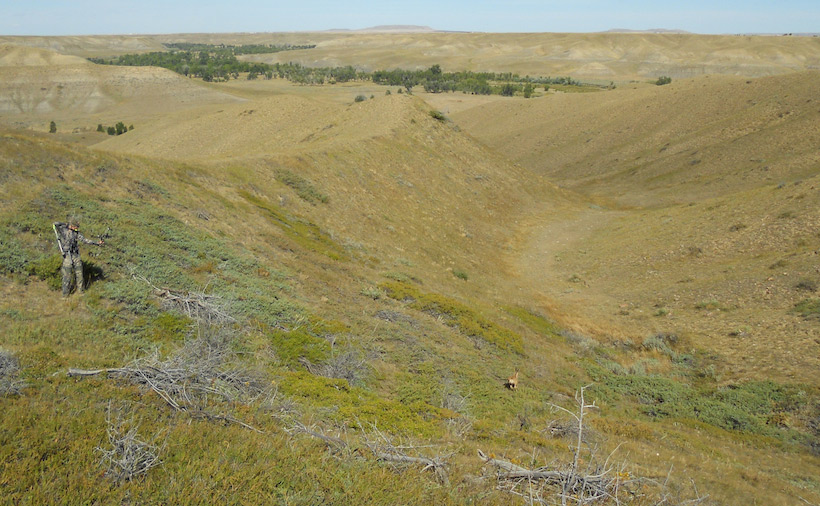 I watched my friend stalk to within 5 yards of this young mule deer before bumping it out of its bed.

Hunters also talk about animals starting to change their behaviors because of long-range shooting. While it’s certainly possible that deer, elk and other animals are recalibrating their notions of what constitutes a “safe” distance from a hunter, it will probably take years of study to make researched conclusions along the lines of those published about elk movements and hunter access in The Journal of Wildlife Management. If the focus continues to emphasize longer and longer distances, the millennia-old practice of bowhunting might change completely for both hunters and animals alike.

In the end, everyone has their limit on distance with a bow. Find your limit and have fun. Bowhunting has always been about getting close to animals. But ... has close gone too far?