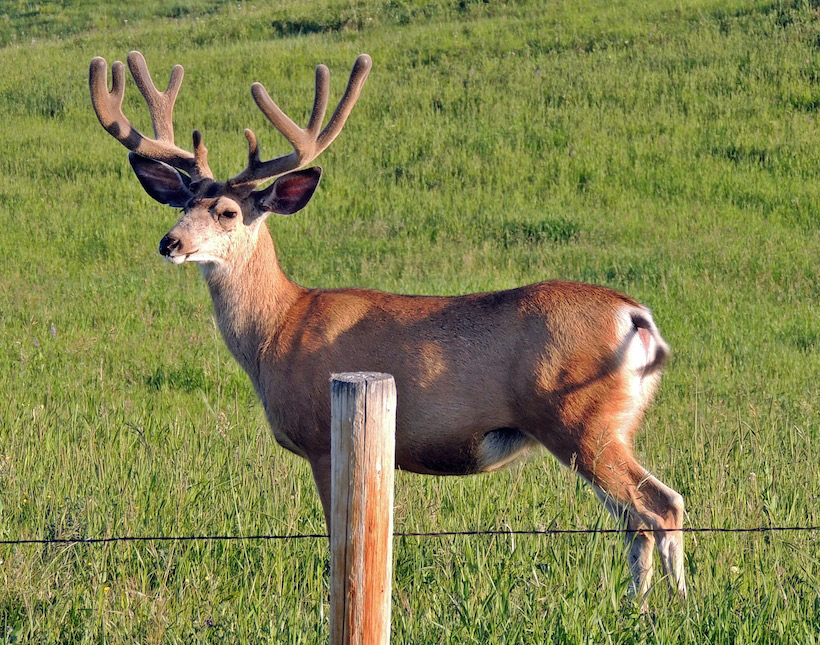 Sportsmen’s groups recently gathered in Wyoming to confront the state’s declining population of mule deer and to discuss how to increase public support for conservation and management of the iconic western species.

Wyoming’s deer numbers are struggling. Since 1990, their numbers have plummeted nearly 36%. Fawn production has dipped 20% in the last twenty-five years. Overall numbers measure somewhere around 374,000, a far cry from the target level of 564,000.

The Wyoming Mule Deer Coalition — a consortium created by the Bowhunters of Wyoming, the Mule Deer Foundation, the Muley Fanatic Foundation, the Wyoming Wildlife Federation and the Theodore Roosevelt Conservation Partnership — hosted the Inaugural Wyoming Mule Deer Summit in cooperation with the Wyoming Game and Fish Department. This new group hopes to establish a network of sportsmen and conservation organizations, businesses and individuals to collaborate in efforts to rebuild the state’s mule deer populations.

“Mule deer are a true icon of the West, and they are facing a lot of challenges in our rapidly changing world,” said Miles Moretti, president and CEO of the Mule Deer Foundation. “We need all hands on deck to solve some complex problems, and our hope is that this summit will ignite other local efforts that engage sportsmen across the Western states to rally support for mule deer conservation.”

The actual cause of declines is difficult to pinpoint. A number of factors are potentially responsible for the declining mule deer populations, including habitat loss, harsh winters, severe drought, energy development, barriers to migration, disease and predators.

In order to maintain a solid population, mule deer herds need to produce 66 fawns per 100 does every year. In the last 30 years, that ratio has declined by 16 fawns, marking a 20% drop.

“We have got to figure out ways to improve mule deer fawn survival,” Daryl Lutz, Game and Fish Mule Deer Working Group Chairman, told WyoFile. “We’ve got to get fawns recruited into the population.”

The habitat plays a vital role in improving fawn recruitment.

“It’s been demonstrated that the probability of a particular doe’s fawn surviving is dependent on her condition,” he said. “Quality of lactation has everything to do with it. Habitat provides the groceries to get that doe in optimal body condition.”

One study found that “well-nourished does lost only about 5% of their fawns; does fed deficient diets during the winter lost about 33%; and does underfed throughout their pregnancy lost 90% of their fawns.”

“Mostly it has to do with moms and mostly her condition coming out of summer into winter,” says Lutz.

If deer do not go into the winter well fed, then it doesn’t matter if the winter range is robust or not. Deer in poor condition will not make it through the harsh weather, and a pregnant doe’s fawn has an increased chance of mortality. Traditionally, officials have focused on winter range and less on late summer and fall “transitional” range. Shifting their attention is “something that’s fairly new to us," Lutz said.

Scientific revelations like that could have profound implications for a variety of land management agencies that are trying to reduce the impact of activities like energy development and recreation on wildlife. For example, officials have placed restrictions on exploratory drilling and recreation largely to protect wildlife on their winter range.

Yet altering a habitat on a large enough scale to affect statewide mule deer populations is neither easy nor cheap.

“It takes a lot of money to do it on a scale large enough to make a difference,” Lutz said.

Still, those that attended the Wyoming Mule Deer Summit are hopeful.

“Our goal is to bring sportsmen together to support good conservation efforts for mule deer in Wyoming,” said Josh Coursey, president and CEO of the Wyoming-based Muley Fanatic Foundation. “We need local sportsmen and businesses to get engaged and learn how they can help reverse the trends of declining populations in our state.”

“The health of populations of mule deer and other big game animals is vital for maintaining our outdoor traditions and hunting-based Western economy,” said Ed Arnett, director of the Center for Responsible Energy Development at the Theodore Roosevelt Conservation Partnership. “Sportsmen’s voices are crucial to the future of mule deer. We need to act now and advocate for protecting critical habitats, balancing energy development and other activities with conservation, and opposing activities that negatively affect mule deer.”