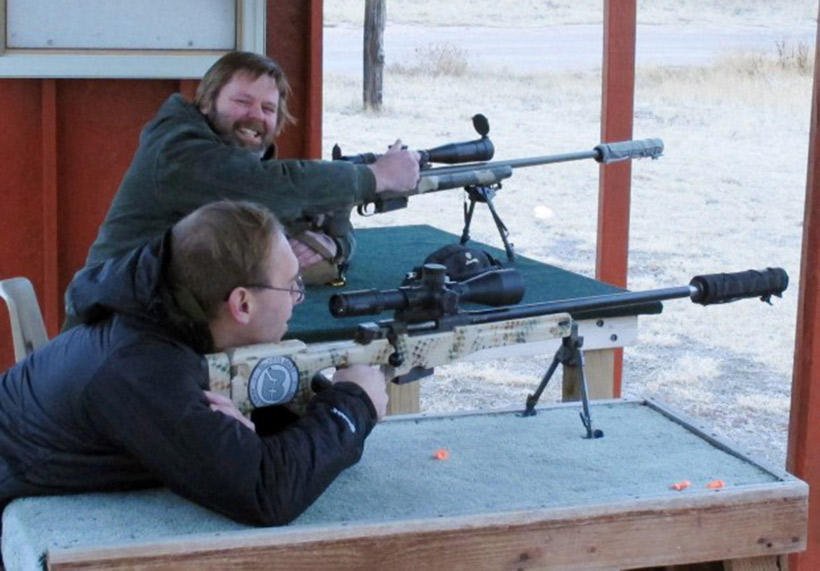 Florida lawmakers will decide in coming months whether to follow a growing national trend and permit the use of silencers on hunting rifles, reports the Sun Sentinel.

The Florida Fish and Wildlife Conservation Commission (FFWCC) will meet on September 10 to discuss a proposal that would permit licensed hunters to use silencers, also known as suppressors, on their rifles when shooting deer, turkey, gray squirrels, rabbits, quail and crows.

Proponents say there is no reason to ban the devices that fit onto the muzzle of a rifle and catch the blast and muffle the sound of the shot. Not only do the silencers prevent hearing damage, supports say they also reduce a rifle’s recoil, increase situational awareness, improve accuracy and decrease noise pollution.

Some opponents, however, maintain that allowing silencers for hunting is unnecessary and unsporting. They say that hunters already have a plethora of high-tech gadgets and don’t need yet another advantage when they pursue game whose defenses are their instincts.

Proponents argue back that since bullets travel faster than the speed of sound, animals do not hear the report of the hunter’s shot, unless the hunter misses.

Safety is another important issue that has been brought to light.

“You don’t want to have shooting in the area and not hear a thing,” said Ladd Everitt, spokesman for the Coalition to Stop Gun Violence. “The report of a firearm is how you know if a hunter is nearby.”

Yet others maintain that despite their name, there’s nothing absolutely “silent” about silencers, especially when they are attached to hunting rifles.

“It basically will take a high-powered rifle and make it sound like a .22,” says Tony Young, spokesman for the wildlife commission. “It still makes a sound, but it’s at a lower decibel level. Maybe they’re hunting close to some houses and maybe they want to be quiet for their neighbors. Maybe if they’re quiet when they shoot, it will scare the game less. We’re just trying to give people the opportunity to be able to buy one and use one if they choose. We don’t see enough negatives to not allow them.”

Opponents also argue that silencers will make it easier for would-be poachers.

“I have a real problem with silencers except in situations where the noise of gunshots might make a difference in hunting access,” said Newton Cook, a hunter and executive director of United Waterfowlers of Florida.

Proponents of the proposal maintain that there is no risk of increased poaching, as poachers could already use the devices if they were inclined to operate illegally.

“If they break one law, what’s going to stop them from breaking another?” asked Marion Hammer, Tallahassee lobbyist for the National Rifle Association.

Hammer also maintains that although the silencers would appeal to those seeking to protect hearing or avoid scattering wildlife with the first shot, the cost and procedure to acquire a device would deter many from doing so.

“You have to pay the transfer tax, go through background checks,” she said. “This is not going to be something that everybody and anybody is going to want to do.”

The possession of silencers is governed by the National Firearms Act, a 1934 law that was created in the aftermath of Prohibition-era violence. The act restricts ownership of machine guns, sawed-off shotguns and other weapons. To purchase a silencer, the consumer must pass a federal background check and pay $200.

As of now, more than half the states allow silencers for hunting and the number is growing. Wyoming and Georgia are the most recent states to approve the use of silencers for shooting game.

The American Silencer Association (ASA) has played a key role in the push for legal use of suppressor hunting across the country. The ASA is a non-profit group designed to advocate for legal suppressor through public awareness, lobbying efforts and advancing the suppressor industry.

“Hunters are very interested in them,” said Knox Williams, president and executive director of the American Suppressor Association. “Especially young hunters and new hunters,” who he said are more open to new technologies.

Though Williams says that he has been in contact with the FFWCC, he also says that the Florida proposal was not the ASA’s doing.

In fact, wildlife commission spokesman Tony Young says that the proposal originated with Florida hunters and landowners, whom he says are looking to expand upon the current law which permits the use of silencers when hunting certain game species, including wild hogs, raccoons, coyote, beaver, skunk and nutria.

The current proposal is still a draft. It will undergo preliminary consideration at the September meeting and if approved, will be reviewed for final approval at a later meeting. The public will have the opportunity to speak at each meeting.