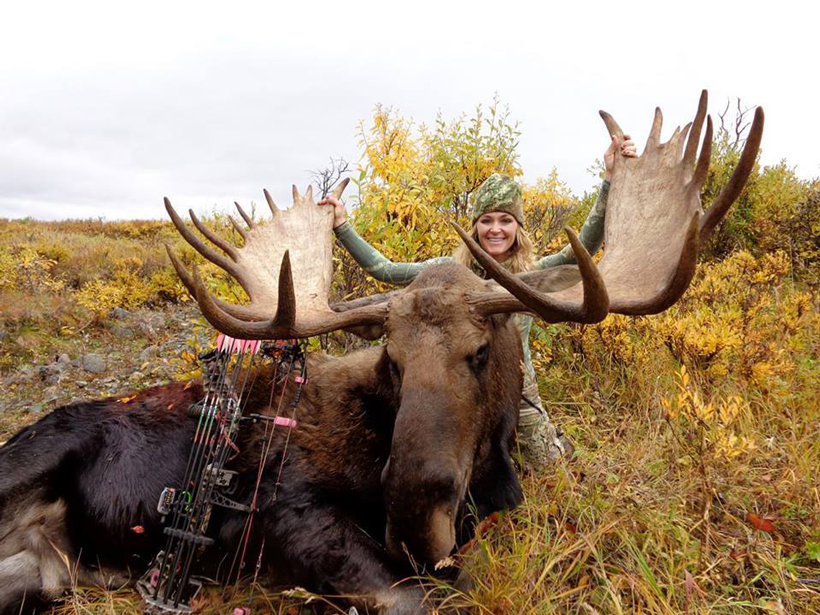 Thanks to the power of celebrity status (and social media), Ricky Gervais has turned all eyes on Rebecca Francis, a longtime hunter and outdoor guide, who is now the latest target by anti-hunters and animal activists. The barrage of death threats came pouring in after Gervais tweeted a photo of Francis lying next to a dead giraffe. His tweet was re-tweeted over 21,000 times already.

Although Francis has never hid the fact that she is an avid hunter, most people had never heard of her until Gervais brought her into the spotlight. A mother of eight, she notes on her website that elk and deer hunting is a fall tradition, writing: "We hunt elk and deer every year without fail, even through pregnancy, and nursing babies. Our hunting trips are self-guided.” She is also not one to shy away from posting photos of her with the animals harvested.

Social media users often seem fearless as comments can be made under pseudonyms or fake accounts. For Francis, the number of anonymous death threats and disdain following Gervais’ tweet on Monday, was no different than similar reactions to other female big game hunters. Teen cheerleader Kendall Jones has also come under scrutiny both in the media and through social media for posting trophy photos and discussing her kills during safari hunts. Eva Shockey also recently defended her position as a female hunter when she was attacked for posting a photo of her with a 510-pound black bear on Facebook.