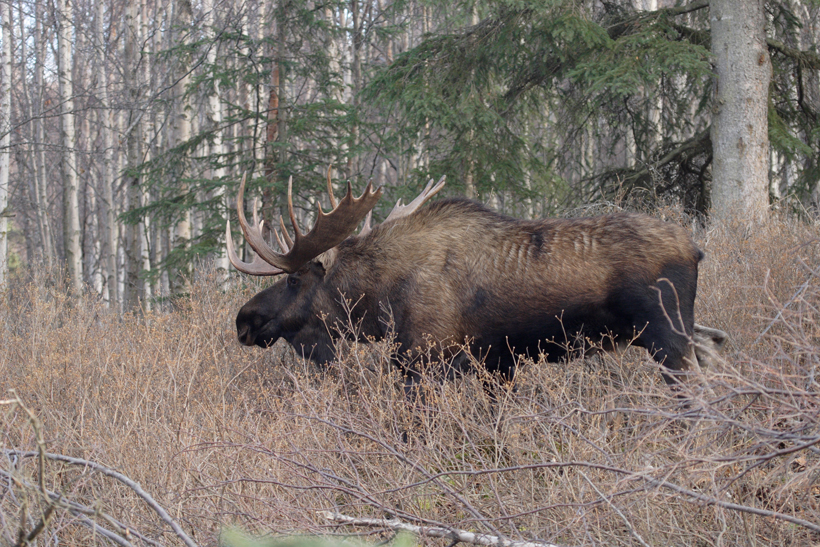 Moose are in jeopardy – and climate change is to blame. Consecutive warmer (and shorter) winters, less snowpack and hotter summers are playing a major role in the decline of this majestic icon of North America.

Moose need cooler temperatures to thrive and are severely impacted by heat, which can lead to weight loss, pregnancy loss, and disease susceptibility. Warmer winters are also leading to an increase in parasites that colder winters in prior decades helped control.

With moose populations decreasing at an alarming rate, some states may put a stop to moose hunts indefinitely. According to the National Wildlife Federation, New Hampshire’s moose population has plummeted by more than 40%, which is being attributed to increased parasites caused by shorter winters, and 64% of radio-collared moose calves died from tick overloads in 2014.

Out west, Idaho Fish and Game (IDFG) are facing a surge in moose dying of tick infestations along the Idaho Panhandle. According to Wayne Wakkinen, regional wildlife manager for IFG, many of the moose are infested with tens of thousands of ticks. Based on this year’s mild winter, he anticipates tick infestations to be worse in 2016.

“The impact of hunting, compared to the impact of other things that have caused this decline, is fairly minimal. But certainly it’s something that we can change as human beings,” says Dave Poole of the New Hampshire Guides Association. Most states use lottery systems to award moose permits and many winners use guides to help bag their moose. Guides could also be economically impacted by the elimination of moose hunting.