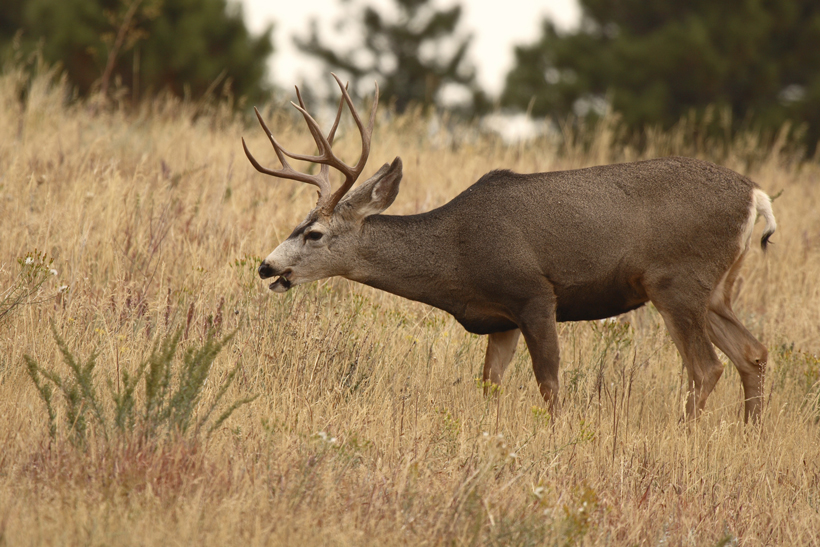 As chronic wasting disease (CWD) continues to spread across wild deer populations in Alberta, many worry about the potential impact it could have on Canada’s agricultural industry.

CWD has been detected in deer and elk across 11 U.S. states as well as in Alberta and Saskatchewan. Alberta's first case was confirmed by the Canadian Food Inspection Agency in 2005, in several locations along the eastern border. Over the next several years, officials found an increasing number of CWD cases and by 2008, the province’s count of the disease had reached 53 cases.

“It’s spreading more aggressively than ever and it holds a potential huge risk,” warns David Swann, the Alberta Liberal Party’s agriculture critic. “It could potentially devastate our agricultural industry again.”

By “again” Swann is undoubtedly referring to the devastating impact that mad cow disease had on the Alberta agricultural industry in 2003. International borders shut down immediately to Alberta beef and cattle producers suffered massive financial losses. In the end, the entire industry was transformed, with the number of cattle producers down from 32,000 in 1996 to 18,600 in 2011.

The concern is that the exact scenario could play out once more, this time due to CWD.

Yet CWD is a tricky disease. It incubates inside infected deer, elk or moose for years before symptoms become evident. The disease is carried by infectious proteins called prions that attack the brain, causing a loss in appetite. As the infected animal slowly starves, it begins to display abnormal behaviors such as pacing, walking with their heads lowered, drooling and stumbling.

Because CWD takes so long to manifest itself, it has proven quite difficult to manage.

The state of Wisconsin took a particularly aggressive approach, attempting to cull and kill off most of its infected deer by creating longer hunting seasons and requiring hunters to kill a doe before shooting a buck, but the disease still spread. That’s because prions can remain active in the environment for years. They build up and can even amplify in soil, infecting animals as they graze. The disease is also suspected to be passed from infected animals to others through saliva, blood, urine or droppings.

At the moment, there is no evidence that the disease can infect people, but the food inspection agency recommends against eating meat from infected animals. Then again, no one thought it was possible for mad cow disease to spread to humans — until it did.

"The real concern is not just what if it jumps to people. The big concern is what if this jumps to people and then manifests in people like it does in deer, where it's highly contagious, where you could be [contagious] for 10 years before you ever become symptomatic?"

Just how serious is the spread of CWD? If you ask Darrel Rowledge, the director for the Alliance for Public Wildlife who is making a documentary about CWD, it is an epidemic. Rowledge says that the disease is spreading like wildfire, and before long, will have infected herds from Texas to the Arctic.

"It's growing, it's spreading, it's persisting and it's evolving — evolving both to and through new species," he says.

According to Swann, it is imperative for the government to act quickly in order to stop the spread of chronic wasting disease from similarly devastating the province’s agricultural industry all over again. Unfortunately, it seems that efforts to do so have been lackluster thus far.

”Unfortunately, what [the government] is doing is cutting back,” Rowledge notes.

"The federal government is washing its hands of it. If the provinces want to do anything about it, they're going to have to spend their own money," Rowledge sighs.

It is also unlikely the provincial government in Alberta will funnel any additional resources to stopping the spread of the disease.

Some believe those farms are incubating the disease and are spreading it to the wild game population. They are calling for those farms to be shut down.

So far, however, there has not been any indication that the province is willing to take proactive measures to address these concerns. Rather, the province has directed efforts to culling entire herds where it has detected CWD.