So many hunters go through the ritual of buying an Arizona hunting license just to build their bonus points towards a coveted rifle hunt on the Arizona Strip. But there are incredible Coues deer and/or mule deer over-the-counter (OTC) archery tag opportunities throughout the entire state. Even better, buying one of these OTC tags won't impact your points for next year's draw.

Instead of letting the cost of an NR license go to waste, here are some reasons to make the most of the 365 days your Arizona hunting license lasts.

Arizona is home to the Rocky Mountain mule deer, desert mule deer and Coues deer, all of which make for an enjoyable, dynamic hunt. Since your OTC deer tag lasts a calendar year, you have three seasons for your hunt: January, August-September and December. Arizona law only allows you to harvest one deer in a calendar year, so if you're lucky this coming January you won't be able to apply for a rifle deer tag in June 2015 (though you can still apply to get bonus points). Some units only open in January, others only open in December, but these winter hunts present excellent opportunity because you will have plenty of rut action. 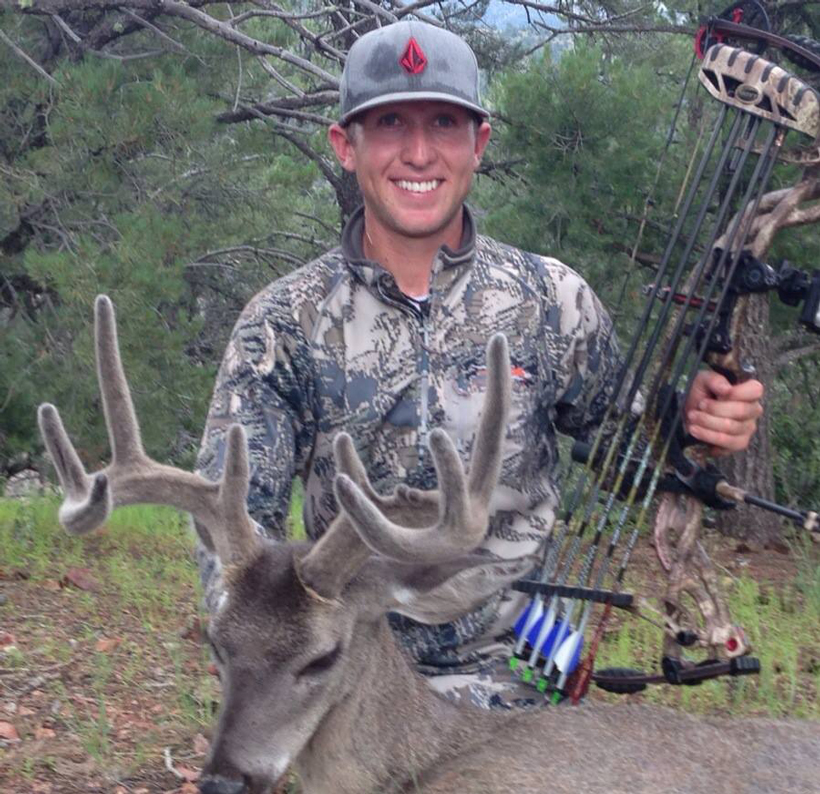 Hunter Haynes was able to harvest this Coues deer in an OTC unit during the August hunt. Photo credit: Hunter Haynes

The mule deer rut typically runs from mid-December into January. The Coues deer rut runs from the end of December to end of January. 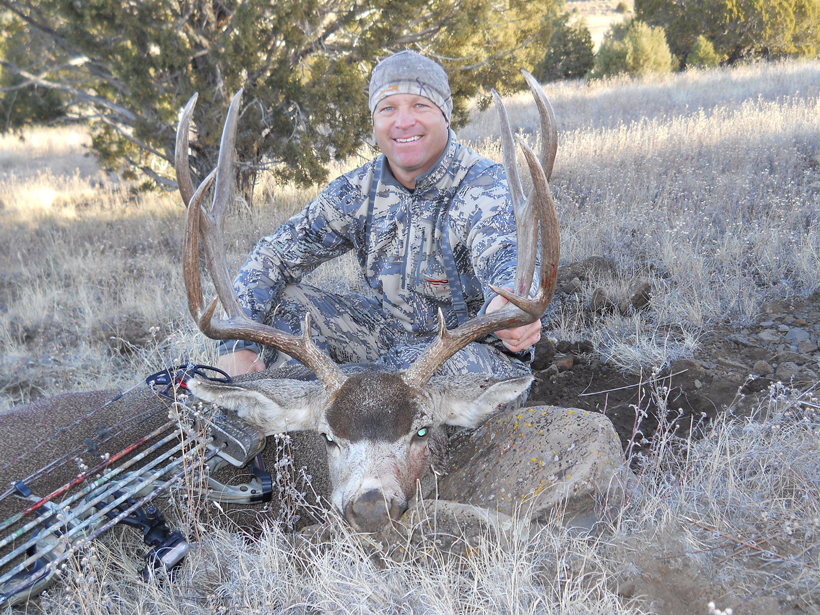 Bucks will be on the move and in the open, not timbered up. As they cover ground to check does, hunters can more easily spot deer trotting and running. The Coues deer opportunity with a bowhunting tag in January is even better than during the December rifle season … capitalize on this.

Spot and stalk hunting will serve you well in these winter deer seasons. Get up high, glass up a buck and see where he beds down. The best is to stalk in a pair so that one of you can direct the other from a good vantage point. 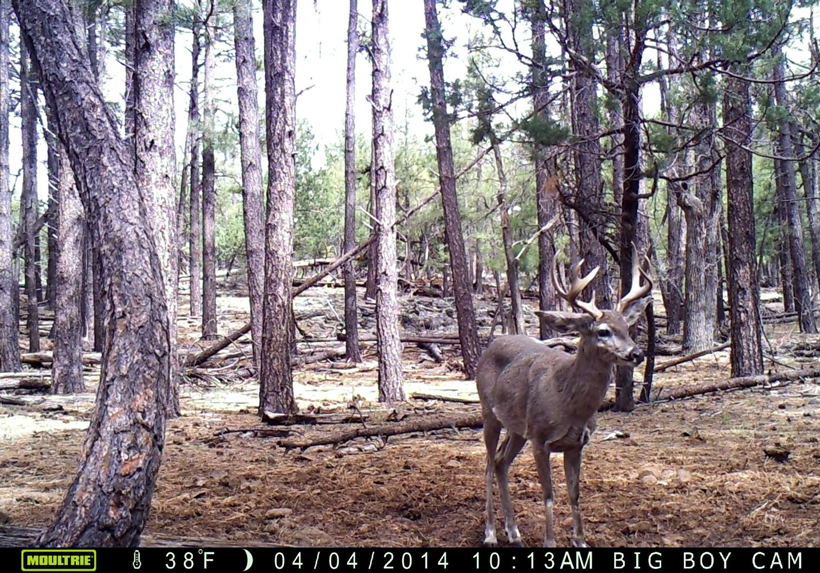 Setting trail cameras and sitting near water sources is another effective method to find great bucks. Water tanks and watering holes will likely have water due to winter rains; scout these in the late afternoon and evening for best results.

You can easily hunt in a T-shirt in the Sonoran Desert in December. 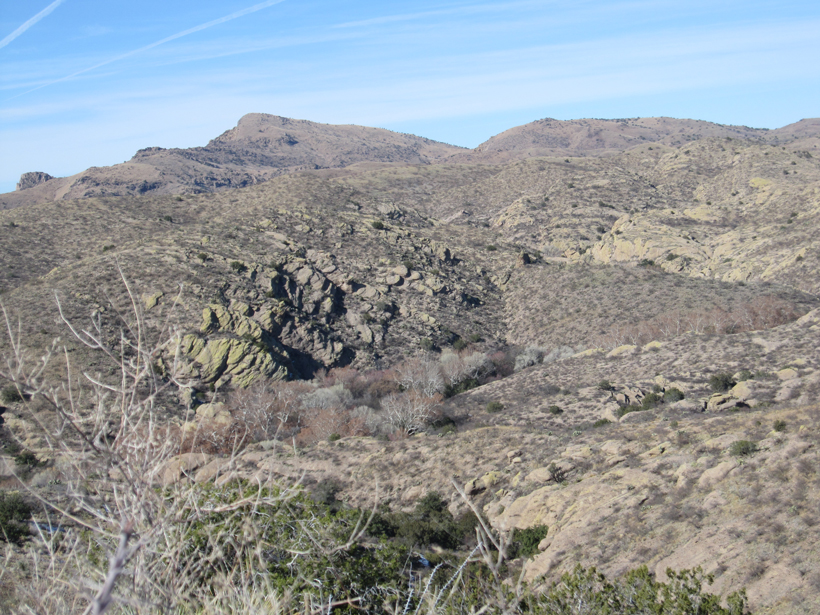 This time of year the desert is green and beautiful, with temperatures reaching 60-70°F in the day. Go get some vitamin D. You'll love the break from the winter chill.

Only six units in the state only have archery tags in the draw. This leaves 82 units for OTC archery tags, though they are not all open for hunting in December and January. Arizona's central and southern units, right up to the Mexico border, are excellent for Coues deer. 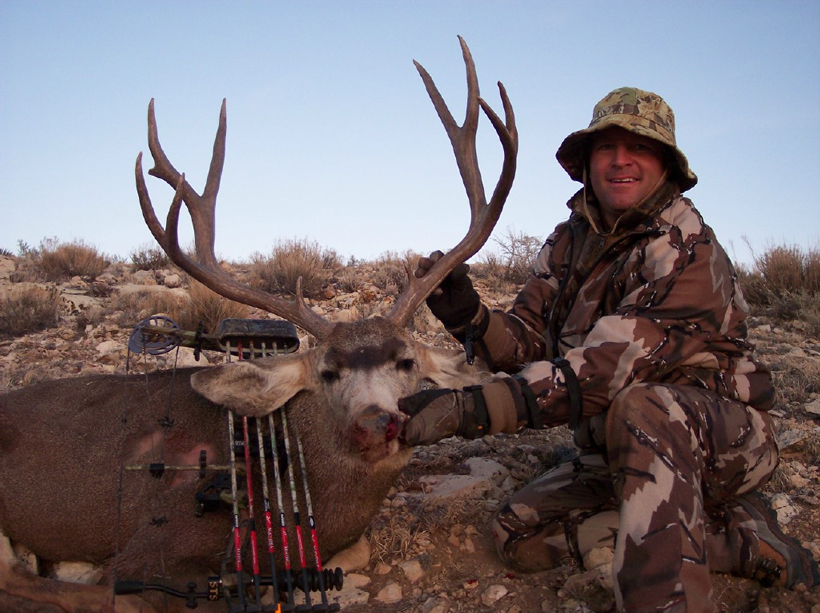 Desert mule deer are in the southern units. Rocky Mountain mule deer concentrate in units to the east (especially unit 10) and west (try units 10 and 18). Generally, the southern part of the state has the best opportunity for these winter hunts. Check out specific units for our recommendations and learn some new country in the process.

About 33% of Arizona is public land (and 13% State Trust land), but some 4.5 million acres of that (or 6.1% of the state) is landlocked by privately owned lands, which often presents access problems for hunters. Access restrictions have gotten worse over the last decade, so the Game and Fish Department started the Access program. This partnership agreement between the Game and Fish Department and ranches makes it easier to bowhunt on private lands as well as access public areas surrounded by private land.

Just make sure to sign in at the sign-in box and get a pass at the gate.

Add to your deer hunt with a tag in your pocket for javelina and/or quail. Archery javelina tags are easy to draw and even if you didn't apply for a tag in October, there are usually leftover tags well into November. Or carry your shotgun and look for a Gambel's quail, scaled quail and Mearns' quail. The bag limit is 15 quail per day, and no more than eight may be Mearns’ quail. This is a great way to extend your season.

A last word of warning

Hunting in Arizona units that border Mexico has become more dangerous over the last decade. You are likely to run into Border Patrol officers, illegal immigrants and drug runners. Carry a sidearm. Secure your campsite: lock as much up as possible and don't leave anything in the open. Most people trying to cross the border will leave you alone, but drug runners are risky and more likely to see hunters as a potential threat.