Get in the game: Arizona's endless bowhunting opportunities

Last year, we released an article that introduced Arizona as an opportunity destination for archery deer hunters. That article provided an overview of the three different over-the-counter (OTC) archery seasons and the deer species available to hunt. It also discussed the fact that many hunters have already invested hundreds of dollars into a nonresident annual hunting license in order to build bonus points, which represents a major portion of the expense necessary to go to Arizona every year, should you choose to bowhunt deer. 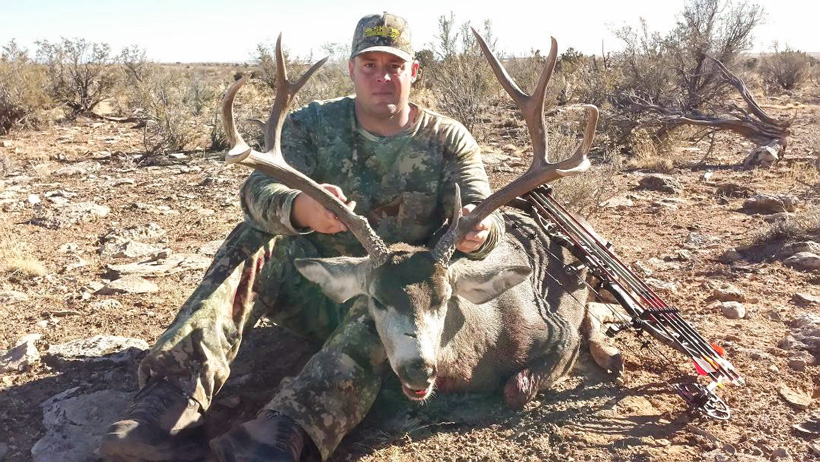 In Arizona there are seven units (3A, 3C, 12AE, 12AW, 12B, 13A, 13B) that are only available through a draw in order to bowhunt deer. This leaves the remaining vast majority of the state available for OTC archery deer hunters. Prior to loading your truck full of gear and driving to Arizona to hunt, you need to check out our Filtering 2.0 INSIDER reserach tool to see which units are available during what season. 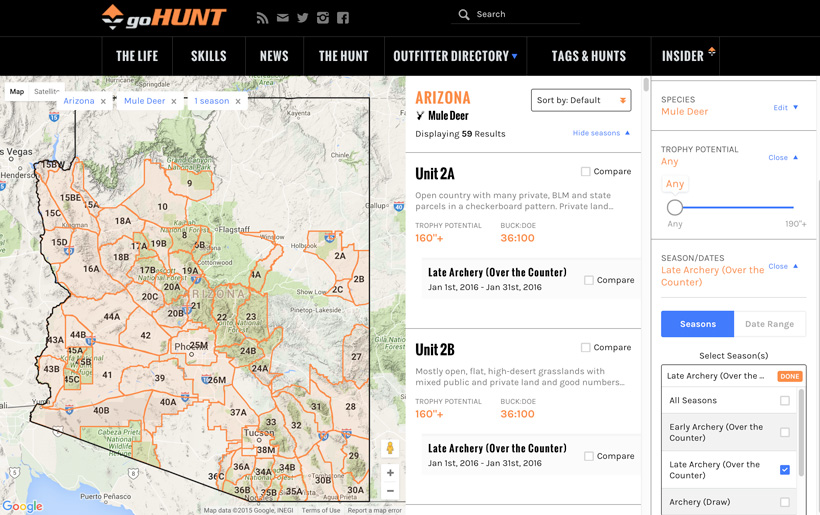 The first available archery season opens the third week in August and runs into the second week of September. The next season is open the second half of December and another late archery season takes place in January. Keep in mind that if you choose to hunt the January season, then you must purchase a new hunting license and OTC tag for that new year.

Make it a combo! 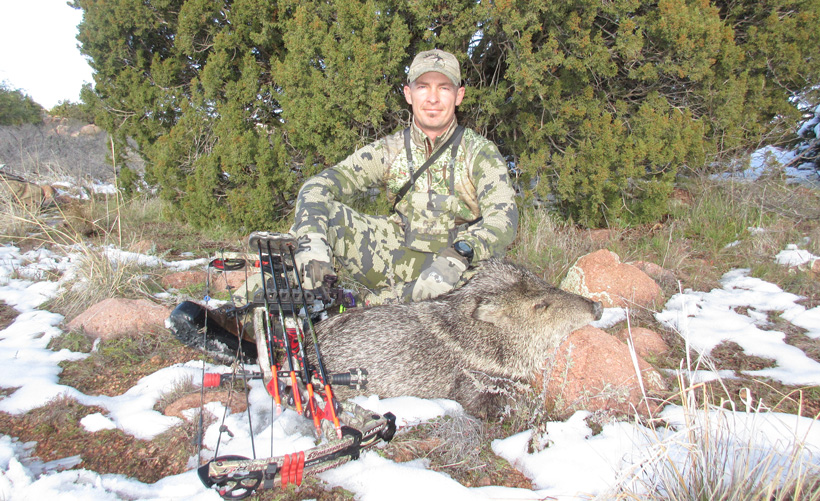 Another major consideration is a combination hunt. Arizona’s December and January archery deer seasons provide an amazing opportunity to piece together a fun combo hunt that would include javelina or quail. The javelina combination would require some planning since the application deadline for javelina applications is the second Tuesday in October. The 2016 javelina draw results were released on December 1, 2015 and leftover tags are available. Check out the leftover tags here. Quail only requires a shotgun, but location is very important and the desert units in the central and southern portion of Arizona are your best bet. Search the Arizona Game and Fish Department's website for more information on quail distribution in Arizona.

Your OTC tag is valid for either deer species; mule deer or Coues whitetail deer. Although there are some parts of the state where these different species will coexist in the same areas, they typically thrive in different habitat. Look close at the Unit Profiles and utilize our new Filtering 2.0 to select areas that have the species you are after. The Coues deer generally inhabit the mountains of central and southeastern Arizona at elevations ranging from 4,000’ to 10,000’. Mule deer will experience a peak rut ranging from mid-December to early January and Coues deer peak rut will take place in mid-January. 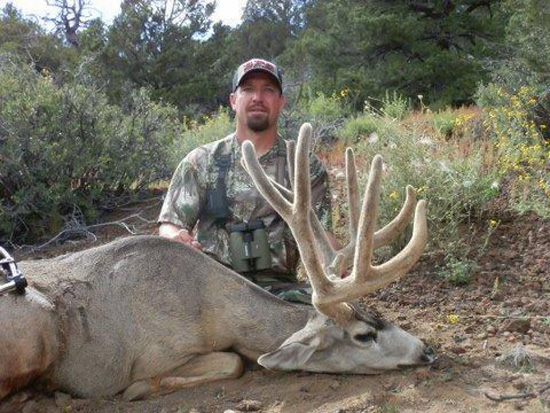 Arizona lacks high country that reaches above timberline and the ability to spot and stalk alpine mule deer is limited to a very small portion of Unit 7 East. The majority of the early season mule deer hunting is done around water sources or sitting tree stands along travel routes. Some other hunters will utilize spot and stalk methods in open terrains or still hunting in thick forests. There are 52 units open for early archery OTC mule deer hunitng. Early season archery units to consider would be Unit 5B North, Unit 8, Unit 9, Unit 10, Unit 17A, Unit 17B, Unit 18A, Unit 18B, and Unit 27.

You can use Filtering 2.0 to show and compare these early season mule deer OTC units. 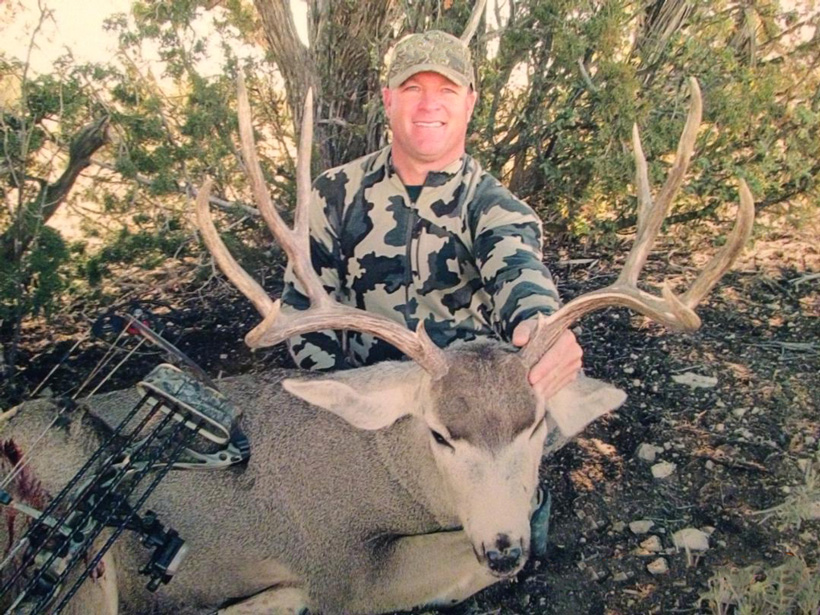 During both the December and January archery seasons, the mule deer bucks will be transitioning into peak rut behavior. During these seasons, the hunting method of choice is spot and stalk at first and last light. Bucks will be in pursuit of doe groups and their movement is increased throughout the day. Bucks can become very vulnerable during these seasons. With some focus and serious scouting, this can be an incredible hunt. Nearly any unit across the state that is open for the late season is capable of providing a great experience. Some of the units that are near Tucson and also in the KOFA area north of Yuma can provide an amazing desert mule deer opportunity. There are 59 units available to hunt mule deer during the late archery OTC season. Some units to try would include Unit 9, Unit 10, Unit 15A, Unit 18A, Unit 18B, Unit 39, Unit 40A, Unit 40B, Unit 42, Unit 44A, Unit 45A, Unit 45B, and Unit 45C.

You can use Filtering 2.0 to show and compare these early season Coues deer OTC units. 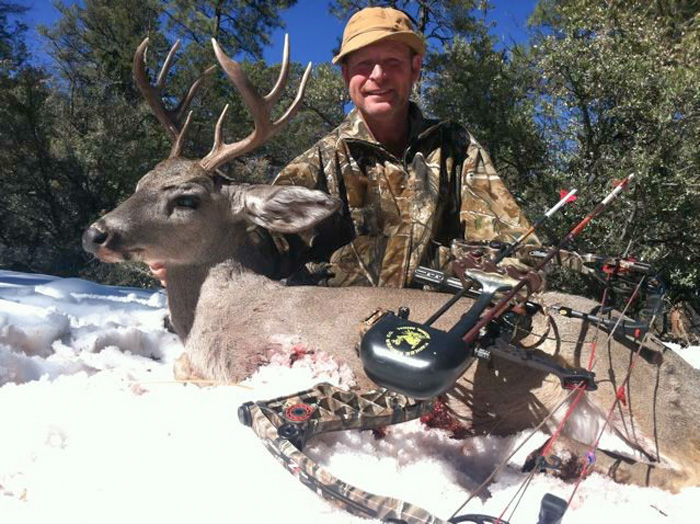 You can use Filtering 2.0 to show and compare these late season Coues deer OTC units. 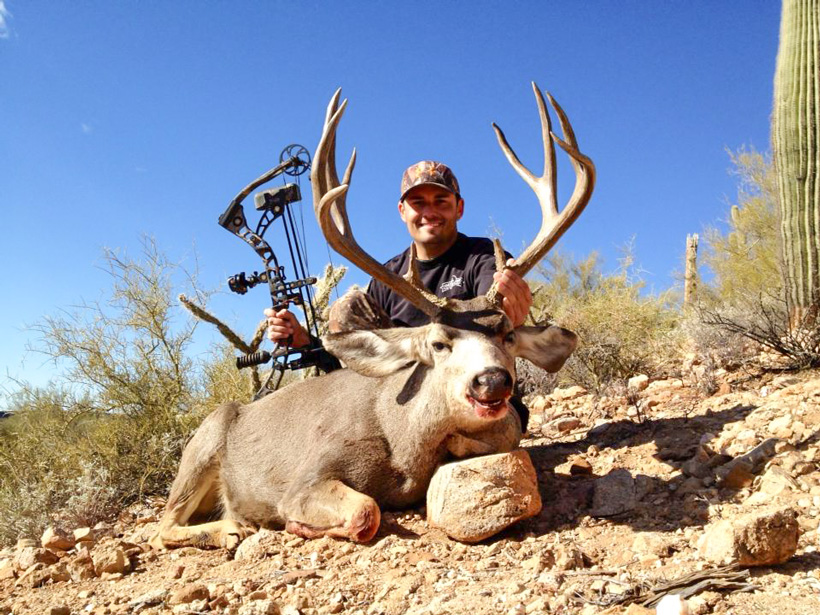 Both species of deer in Arizona have numerous entries in the Boone and Crockett record book. In fact some of the highest scoring mule deer and Coues deer taken anywhere have come from the Grand Canyon State. Two main questions always come up:

When it comes to Coues deer you can buy a tag and hunt the peak of the rut in January in nearly all units across the state, but mule deer are another story. The large majority of the B&C entries for mule deer have come from Coconino and Mohave counties. Although a fair portion of both counties have units with OTC bowhunting available, the large majority of the mule deer entries from both of these counties have been harvested in Units 12A East, 12A West, 12B, 13A, and 13B. These units are all part of the more popular regions known as the North Kaibab and the Arizona Strip. Sound familiar? All of these units are only available for archery hunting with a tag that is drawn. Although it is very possible that a few of the entries from Coconino and Mohave counties are indeed south of the Colorado River, it is safe to say that the large majority of them are from the famous, draw-only regions of the Strip and North Kaibab. Very few B&C mule deer bucks have been taken in Arizona from OTC units and seasons, but the hunting can still be very good.

Unlike mule deer, Arizona’s OTC units available for Coues deer produce B&C record book bucks. So where does Arizona rank in terms of Coues deer? Of the top 100 typical Coues deer entered into the B&C record book, 56 of them were harvested in Arizona. On the nontypical side, 66 of the top 100 B&C entries hail from Arizona. With such a high percentage of the B&C entered trophy Coues deer coming from Arizona and the large majority of the units in Arizona available to hunt, it would seem that trophy hunting bowhunters who seek opportunity would be flocking to Arizona every year. The truth is that the upcoming January archery season for Coues deer may be one of the most overlooked opportunities in the West. 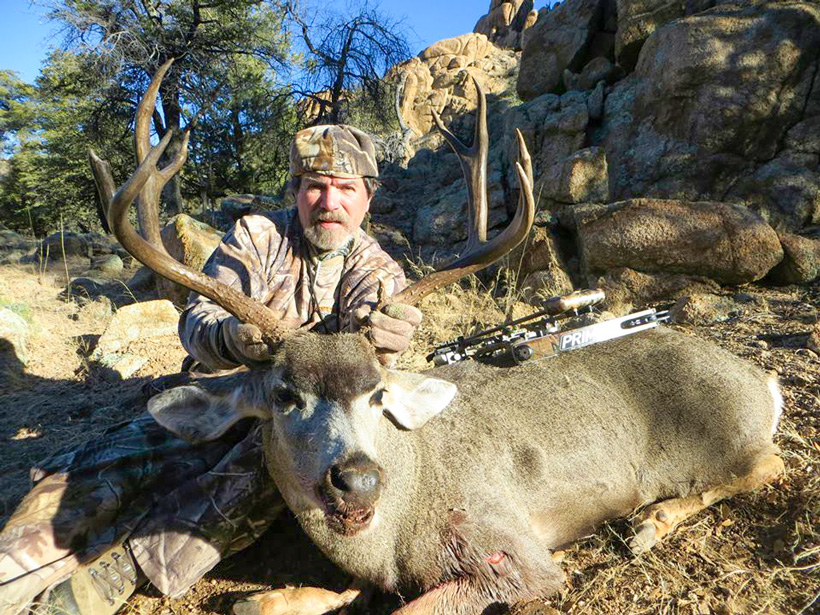 We recently released an informative article on the mule deer rut. As mentioned in that article, the peak mule deer rut dates for the units south of the Grand Canyon are typically mid-December through mid-January. This fits absolutely perfect with the seasons available. The Coues deer rut is a bit later than mule deer. Generally speaking, the Coues deer rut in central and southern Arizona peaks in the month of January. Again, this makes the January archery season dates ideal for finding the very best Coues deer rut action. Most savvy Coues deer hunters choose to hunt Sonora, Mexico in order to have an opportunity to rifle hunt the peak rut. If you are an archery hunter, then you can hunt Arizona for a fraction of the cost of a Sonoran Coues deer hunt.

Should you head to the sunshine of Arizona to bowhunt deer right away this December and January? Or should you begin planning for 2016/17? Either way, this trip has the potential to be an amazing and unforgettable experience. If you choose to plan for 2016, remember to apply in October of 2016 for a javelina tag as well. With both tags and a shotgun for quail encounters the action can be never ending. Rather than sit at home, wishing you were hunting, head to Arizona and get to it!