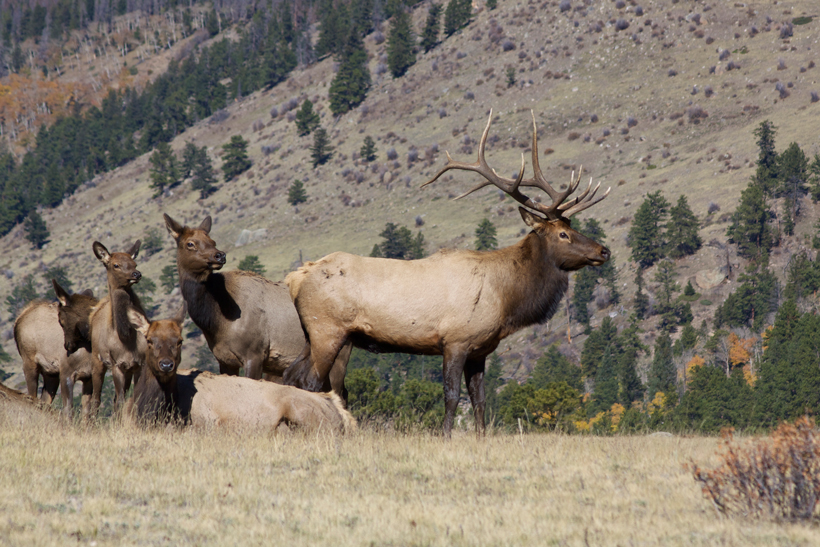 A rapidly expanding herd of nearly 8,000 wild elk has overrun its grazing grounds and is now posing a serious problem for nearby cattle farms in southeastern Alberta.

It all began in the 1990s when the Canadian Wildlife Services and the province initiated a program to supplant feral horses on the Canadian Forces Base (CFB) Suffield with a few hundred wild elk. The hope was that the wild animals would better manage the long grass around the military base.

Herds of plains bison once grazed the area, but were unfortunately hunted to near extinction long ago. This necessarily had an impact on the bison’s natural predators, including the plains grizzly bear and the grey wolf, which have also been driven out.

The animals are no longer staying on base. They are ranging further, hopping over farmers’ fences, spooking cattle and destroying crops as they search for food and space to satisfy their rising numbers.

“They tear the fence down as they come in,” says Jeff Lewandoski, a third-generation rancher who says he sees 45 elk on his property each day. “I spend 20 to 25% of my time dealing with the elk problem. Dealing with hunters, dealing with fences, dealing with crop damage and it’s definitely consuming.”

Ranchers also worry about the possibility of the elk introducing disease to their healthy cattle and deer.

Cattle rancher Jeff Lewandoski says there is a very real concern that elk could spread tuberculosis or wasting disease to local livestock, which would ultimately force him and others to cull their herds.

“If nothing more is done about this problem, disease is going to set into these animals,” warns Lewandoski.

What has been done to manage the rapidly expanding elk population? According to nearby farmers and politicians, the federal and provincial governments have not done nearly enough.

“When they introduced these elk, they told us that they would manage [them],” Lewandoski maintains. “The federal and provincial governments are doing far too little about this problem.”

For the second year in a row, CFB Suffield is allowing hunters onto the base to shoot elk. Though, it is unlikely that hunting will do enough to put a stop to the exponentially expanding herd.

Hunting has proven particularly difficult around the base as the elk tend to hop the fence into the restricted base are when ranchers take aim. As for the limited hunts within the base, the elk tend to move into the CFB national wildlife area which is protected.

“Hunting these elk is one management tool, but it’s not the solution,” Lewandoski stated.

The solution, many believe, is something more drastic. Lewandoski recommends a plan to round up the elk and cull them in large numbers, then send the meat to food banks.

“We need to get this problem in check,” Lewandoski reiterates.