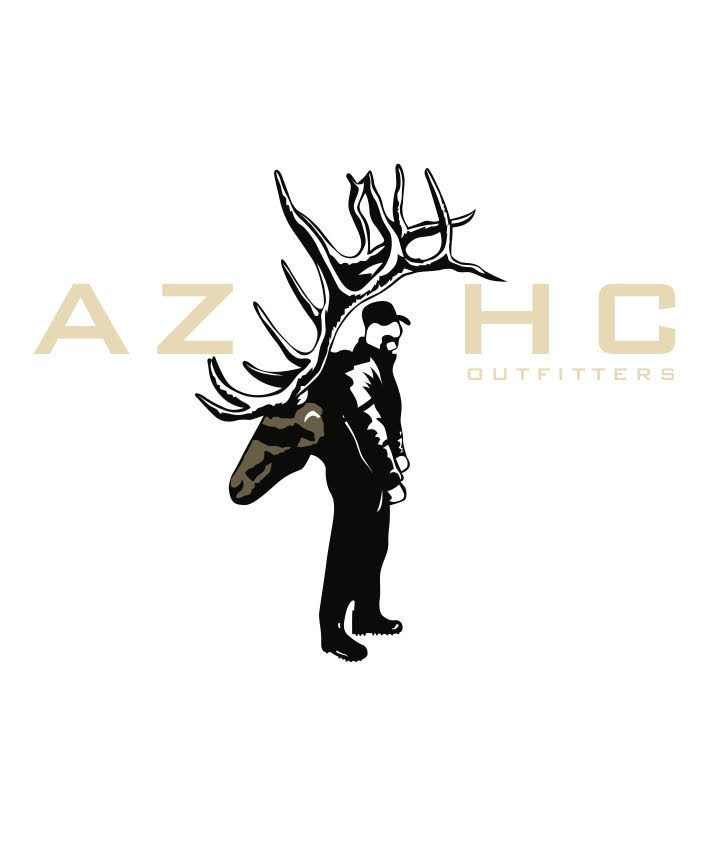 Led by Johnny Casner and his nearly 40 years of experience, Arizona High Country Outfitters is regarded as one of the TOP BIG BULL ELK hunting outfitters in the state of Arizona. Big Bulls aren’t the only big game animals AZHC is primed to hunt as our success in harvesting BIG MULE DEER each year is one of our many specialties… especially on the Kaibab. AZHC’s vast hunting expertise and intimate knowledge of several of the top rated Arizona hunting units has aided in the successful harvest of Antelope, Turkey, Mountain Lion, Javalina, and a variety of varmints/ predators such as Bob Cats, and Coyotes.  AZHC is always glad to assist hunters when applying for hunts as Arizona is a draw only state for big game hunting.  AZHC also offers special hunt packages for the OTC archery tags in August, December, and January each year.  Give us a call to see how AZHC can help with all your Arizona hunting needs. 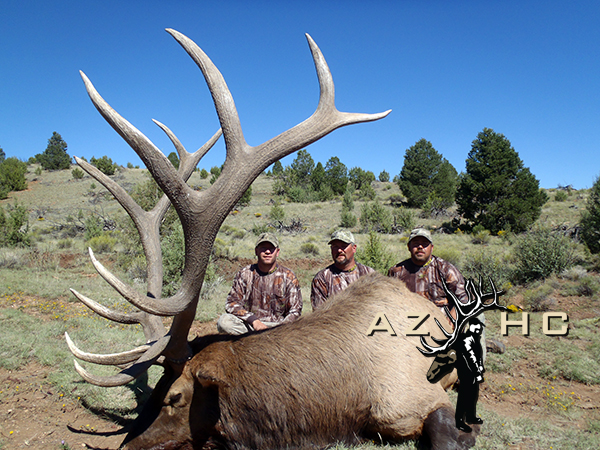 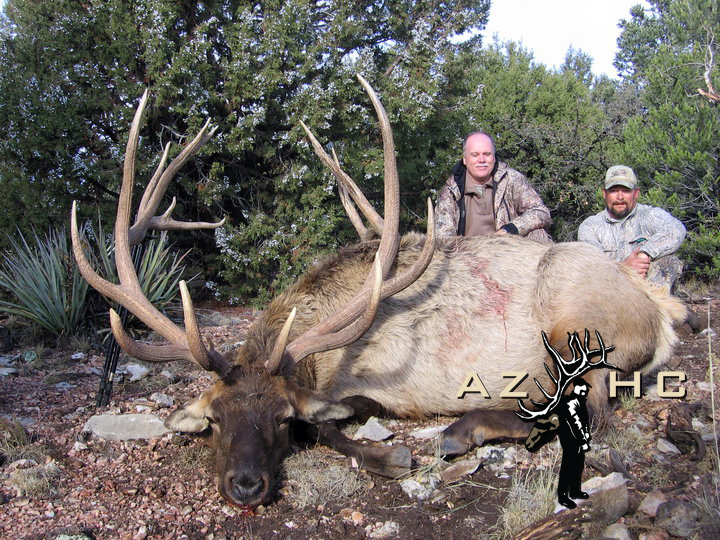 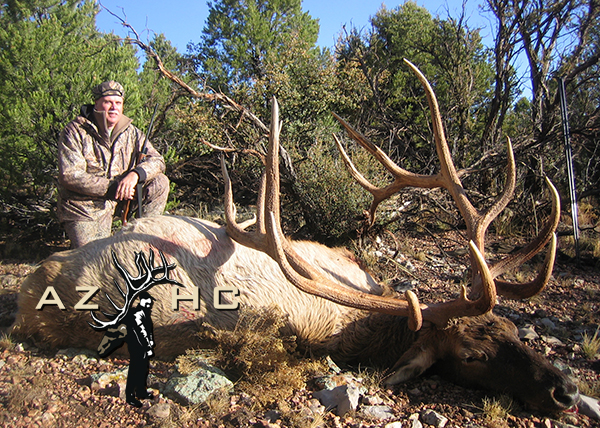 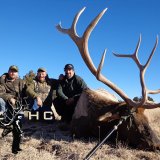 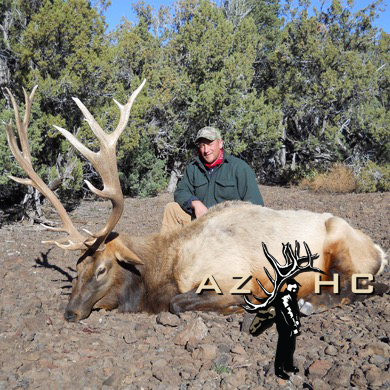 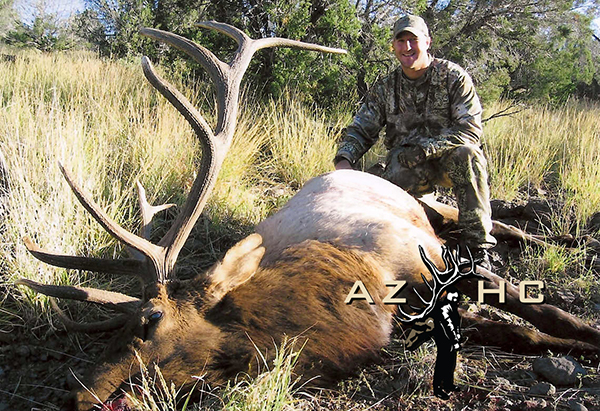 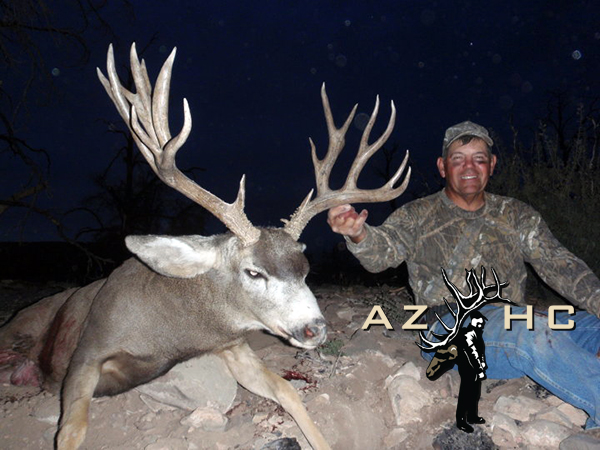 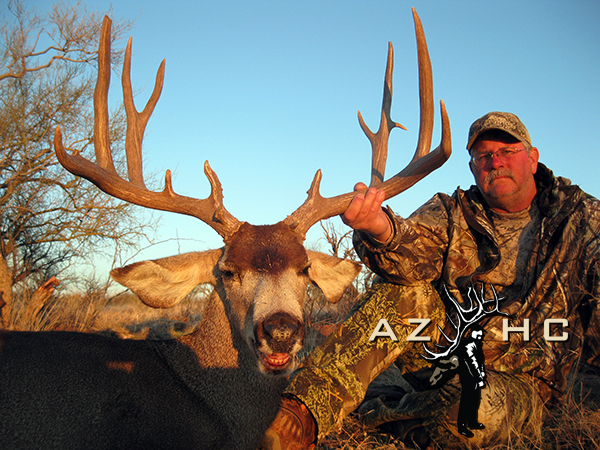 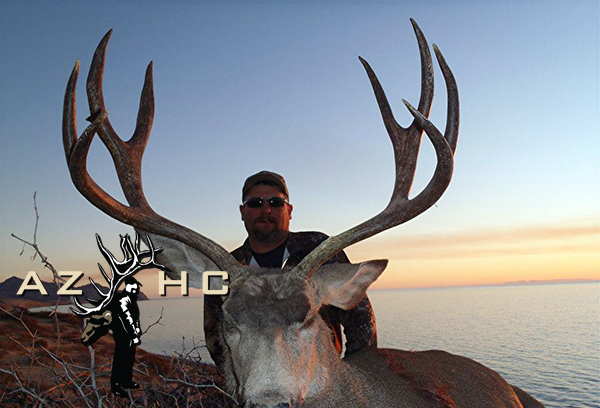 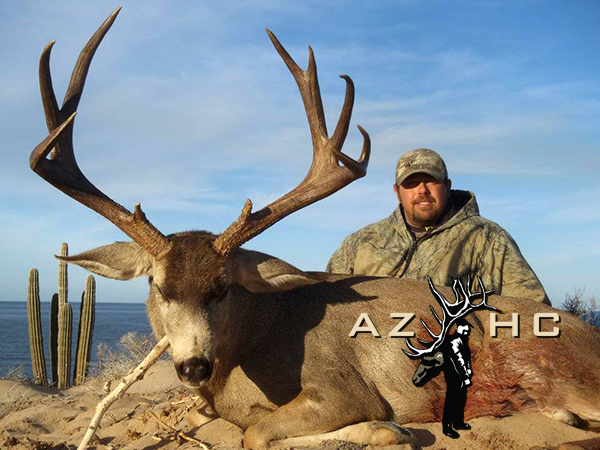 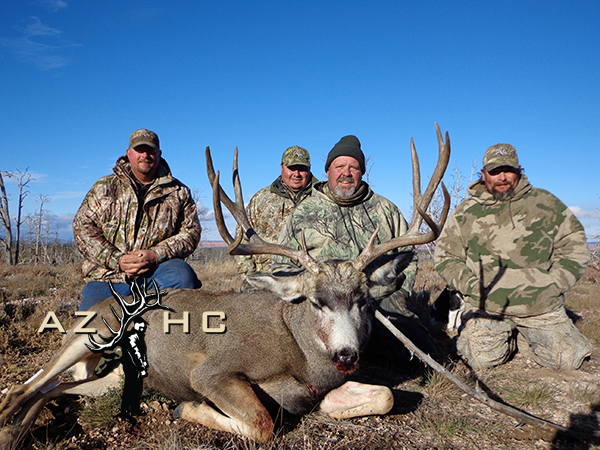 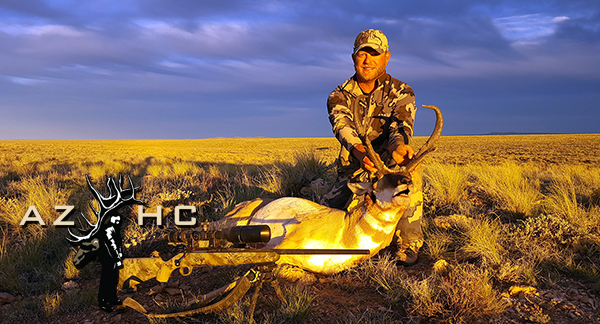 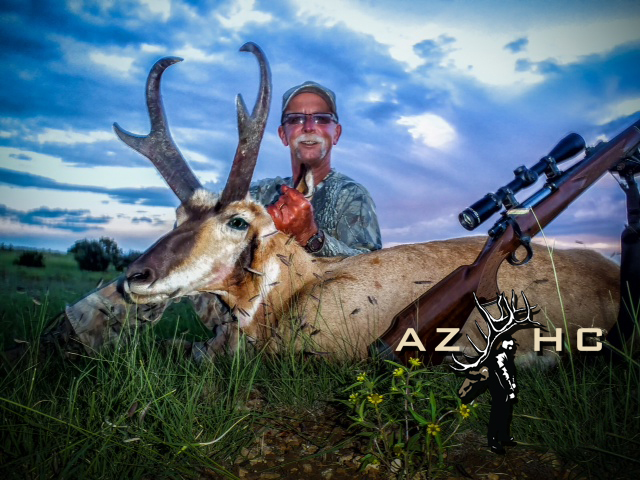 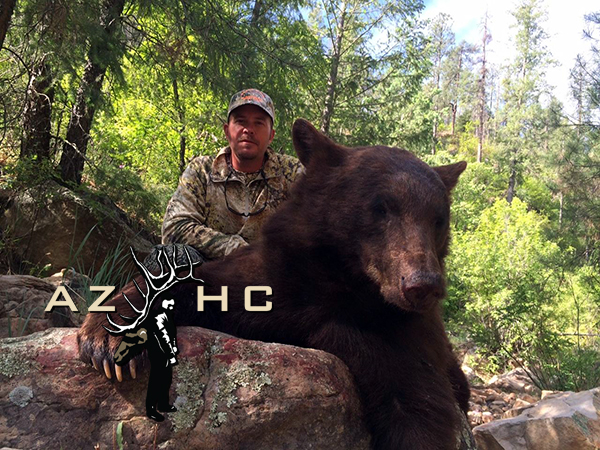 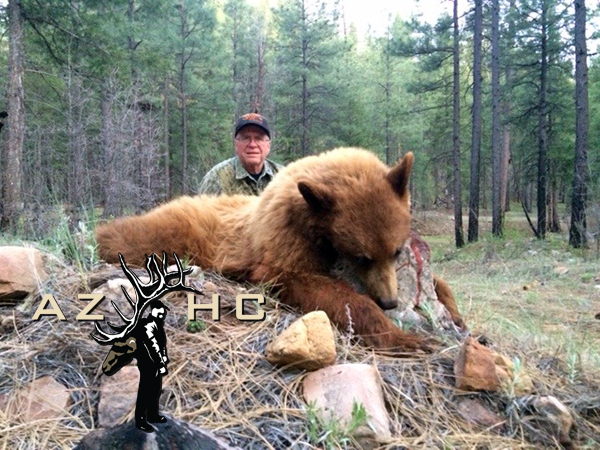 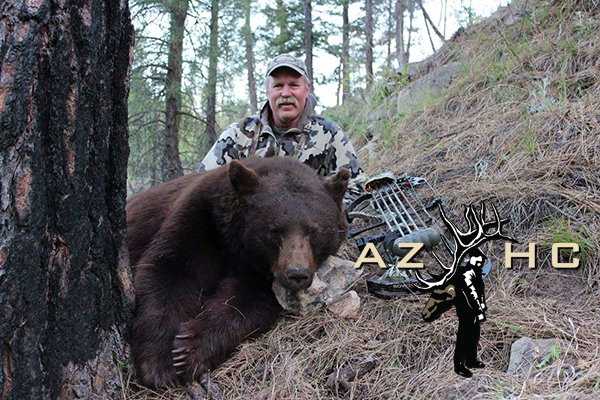 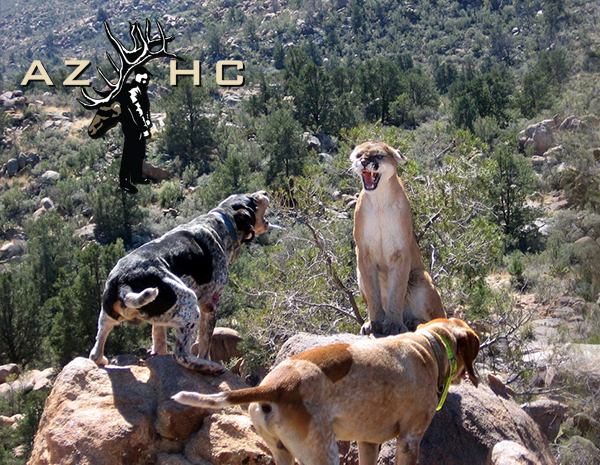 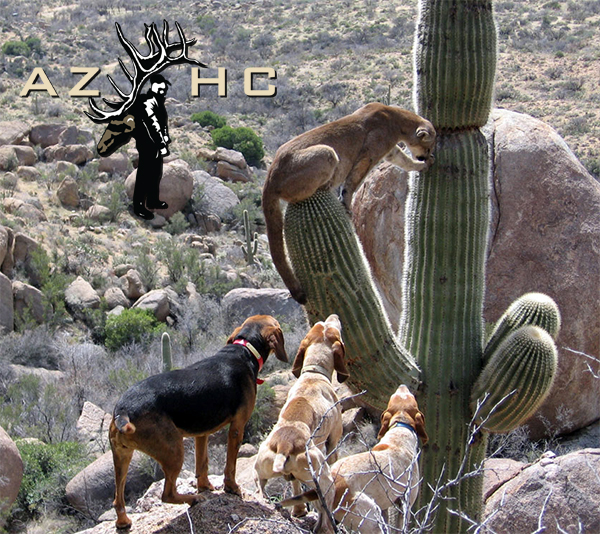 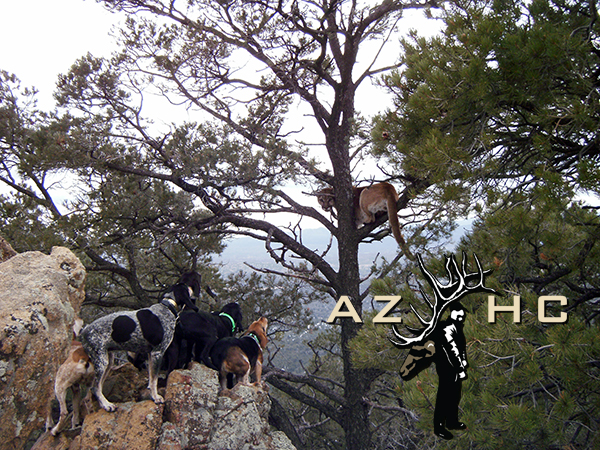 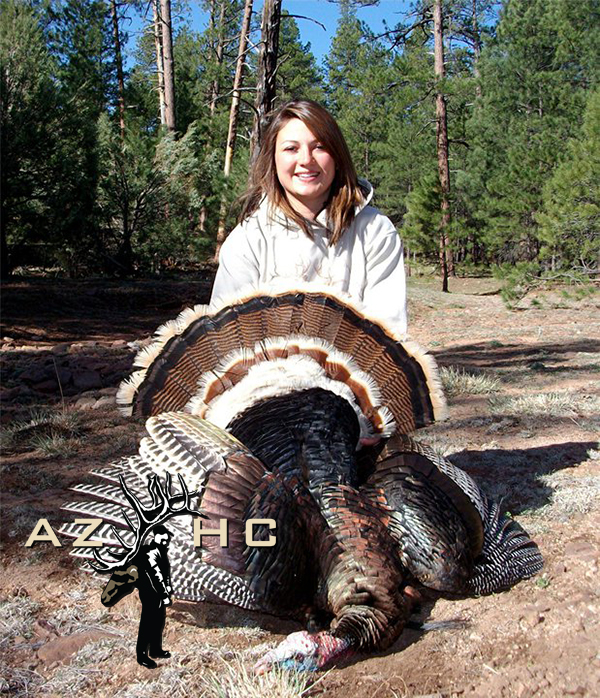 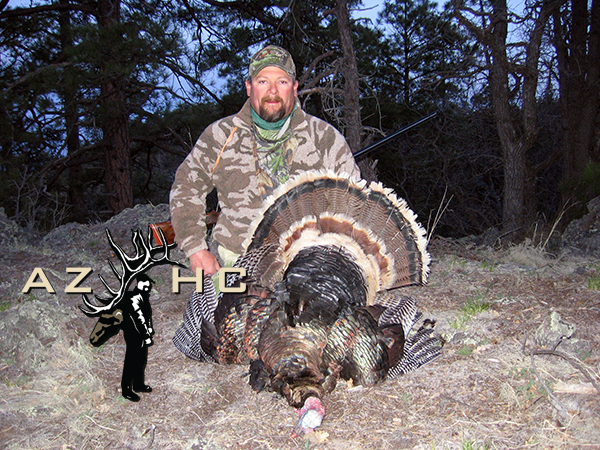 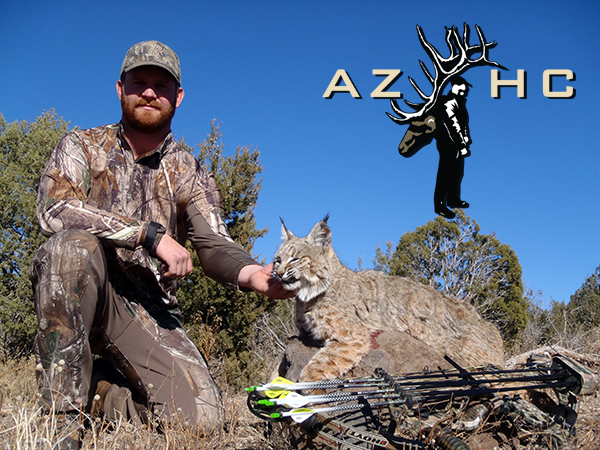 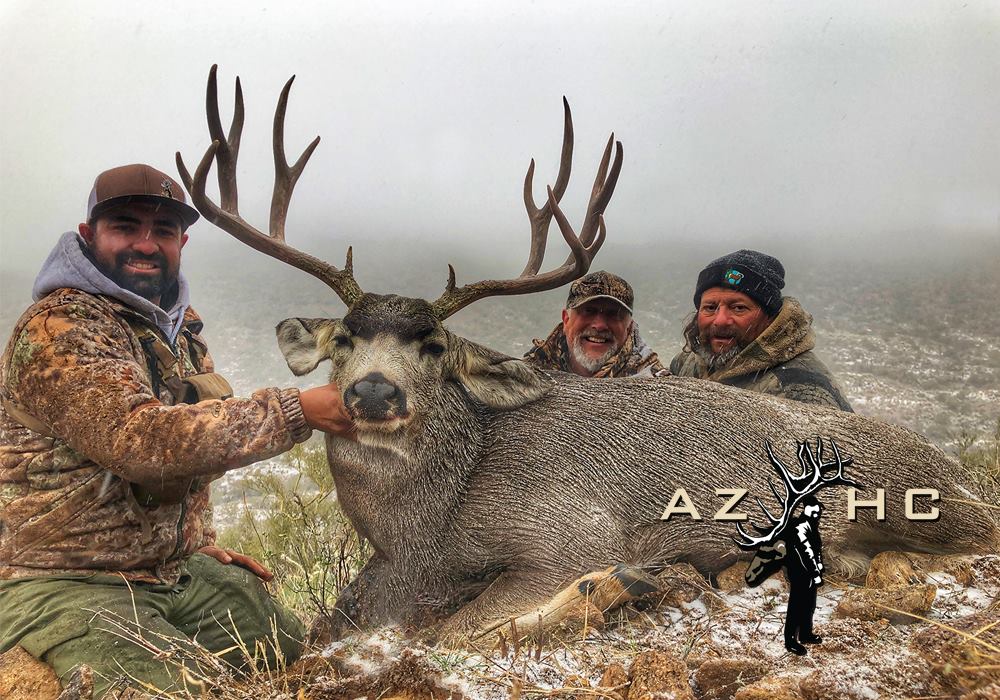 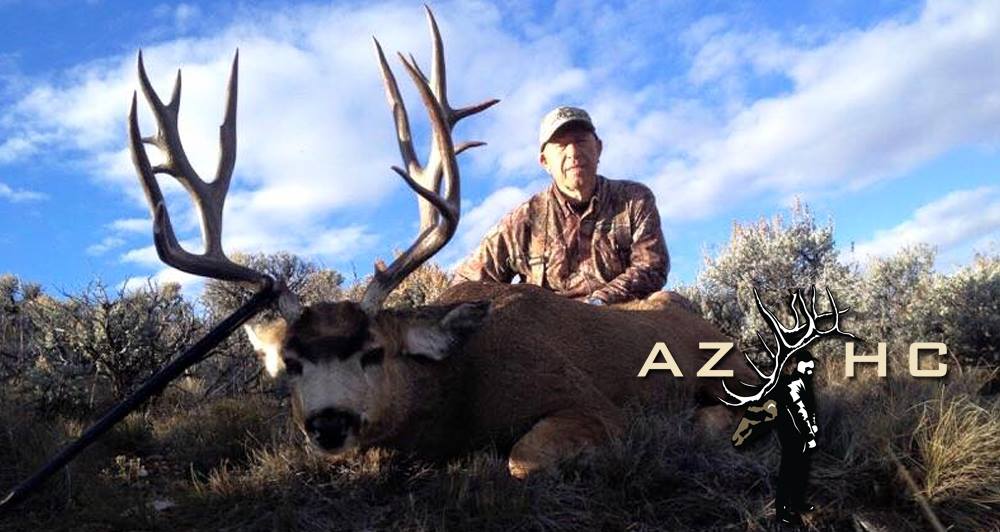 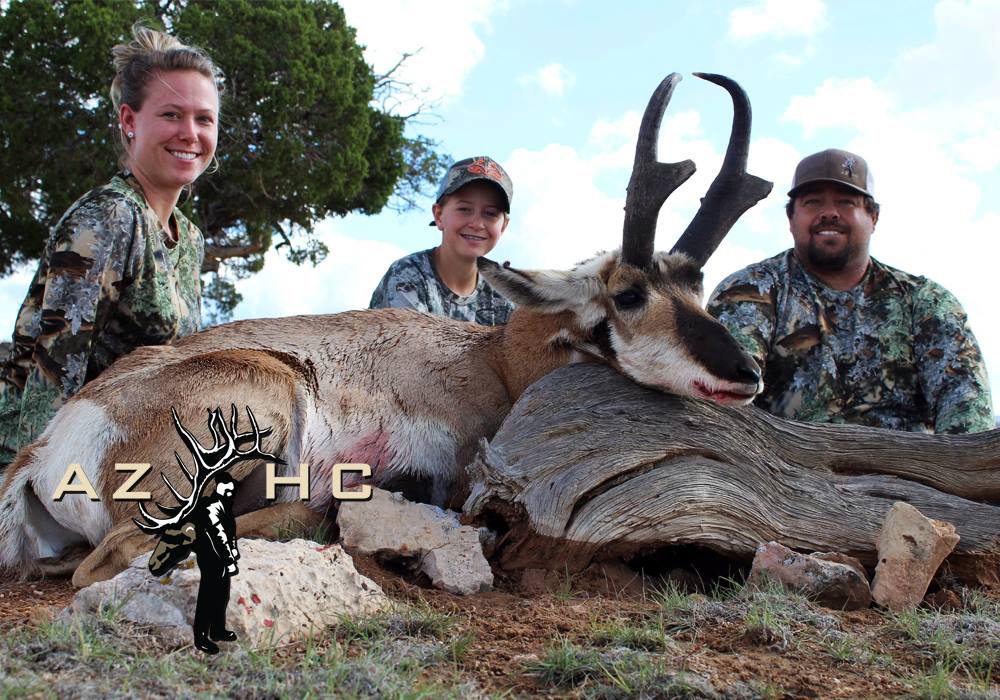 ELK- AZHC is no stranger to hunting big bulls in Arizona’s top elk units.  We offer a variety of package types and durations tailored to each hunters specific needs.  With Arizona being a draw only state, don’t gamble your chances away on what could be your bull of a lifetime.  We offer hunts for archery, rifle, and muzzleloader in Arizona’s best elk country. Plain and simple it doesn’t get any better than Arizona Elk hunting.

Mule Deer-  With Arizona ranking as one of the top big mule deer destinations in the country, AZHC is right in the middle of the action.  Our experience on the Kaibab has yielded several big, mature bucks each year. However, the hunting doesn’t stop there as we have been very successful with our rifle, muzzleloader and archery hunts in several different units. (Archery tags can be purchased over the counter and we have a great deal for these hunts). Let us know what you are looking for and we can plan you an exciting hunt. From the mountains to the desert, we have you covered.

Coues Deer- If you’re looking for one of Arizona’s most unique big game animals, you’ve found it in the Coues Deer.  The Grey Ghost as they are often called is an exciting hunt that ranges from the Northern Mountains of Arizona to the Southern Desert.  While there is no doubt the success rate of these small Whitetails is a higher percentage with a rifle, archery hunting is still a very feasible.  AZHC has several the strategies and knowledge for making your hunt a success.  Don’t miss out on the chance to hunt this beautiful deer.

Antelope- Congratulations!!! You’ve drawn what is seemingly the most difficult tag to draw in Arizona. Now don’t let your opportunity go to waste.  AZHC has decades of experience hunting the “speed goat” in some of the nation’s best Antelope country.  This is one of our favorite hunts of the year and it not just because of the good weather.  This is truly a once in a lifetime opportunity, don’t let your dream buck slip away.

Mountain Lion- If you have never had the opportunity to chase lions with some of the top hound dogs then you are missing out.  This hunt is an adrenalin rush for sure in either the snow country or on dryland.  The best time of year is late October- the end of April, and if there is a lion in the area, these dongs can sniff it out.  This is a bucket list hunt for sure!

Black Bear- It may be hard to believe, but Arizona is known for some of the best black bear hunting in the country.  Tags are through the Arizona draw process, but over the counter tags are also available during certain times of the year.  Bears are primarily hunted by spotting and stalking. But we have a secret on how you can hunt some of the biggest big black bears of all color phases like you’ve never seen before.  Give us a holler, so we can tell you about this special opportunity.

Predator & Varmint- it doesn’t get much more exciting that calling in coyotes, bob cats, and the occasional mountain lion.  AZHC offers year round predator and varmint hunting.  If you’re looking for an afternoon of just plinking away, then come with us to one of our several prairie dogs towns.  We offer an awesome day rate for these hunts and what better way to spend a day.