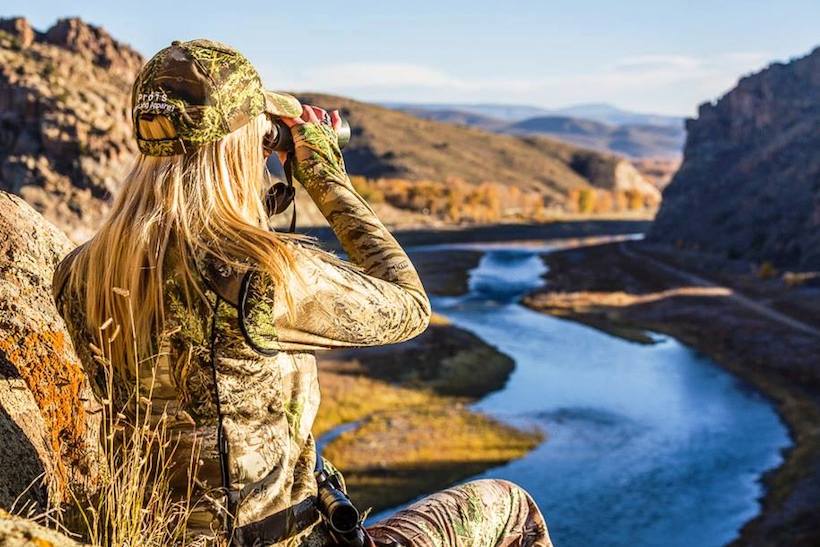 From the camaraderie to the recreation to the meat, hunting is proving to be every much as a woman’s pursuit as a man’s — a trend that is not only good news for state wildlife organizations, but for the future of hunting as well.

In recent years, more and more women are hunting. In 2006, the U.S. Fish and Wildlife Service’s National Survey of Fishing, Hunting and Wildlife-Associated Recreation reported that 1.2 million women hunted. Just five years after that, the number jumped 25% to 1.5 million.

For many, this is a surprising turn of events. After all, hunting seems to have a stigma attached that it is a largely male activity. But contrary to such belief, hunting is and always has been a gender-neutral sport.

Dr. Mary Zeiss Stange, a professor of women’s studies and religion at Skidmore College in New York, has explored the relationship between hunting and gender. In her book, Heart Shots, Women Write about Hunting, Stange presents accounts of women hunting from both past and present, arguing that up until World War II, American women hunted rather often and were regularly featured in publications like Forest and Stream throughout the late 19th and early 20th centuries.

With the advent of the war, however, society shifted to a more traditional dynamic, where women were encouraged to stay home and assume typically feminine gender roles. Eventually, hunting came to be regarded as a more masculine pursuit that was deemed unfit for women.

These days, it seems things have come full circle, as there is a growing incentive to boost the numbers of women hunters. 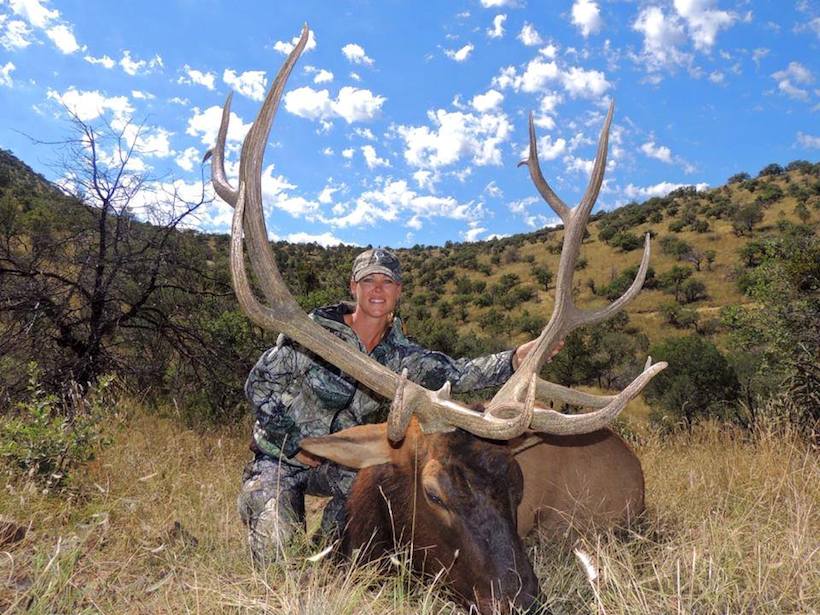 In an effort to provide more women with the opportunity to learn about hunting and other outdoor pursuits, state fish and wildlife agencies and conservation organizations have established a number of outreach programs and initiatives.

The Becoming an Outdoors-Woman (BOW) workshops have proven particularly popular, offering instruction in skills such as archery, shotgun and rifle shooting.

“There is definitely a high demand. We have over 3,000 women on our mailing list, and workshops fill up quickly,” observed Patricia Handy, Information and Education Program Manager at the Department of Natural Resources in Maryland.

In Colorado, Parks and Wildlife  (CPW) recently hosted a free hunting and fishing clinic called “Cast and Blast,” where the first portion of the day is spent fishing, or casting, and the afternoon is spent shooting, or blasting.

“We want to rejuvenate women and youth getting into these activities.” says Matt Yamashita, district manager for Colorado Parks and Wildlife.

While CPW doesn’t keep tabs on how many women end up getting licenses after the workshop, Yamashita believes it is substantial. And for wildlife agencies everywhere, that is a good thing, as they rely heavily on license sales to fund its management and conservation efforts.

“If we don’t do something about it in the future there’s the potential that wildlife management may be less effective. That’s why we’re spending our time our money to actively to recruit more people into these sports,” Yamashita says.

So why focus on women rather than men? For one thing, the numbers of male hunters has been slowly declining. And for another, the current social climate of female empowerment has never been stronger.

“Across the board, women are more independent than they’ve ever been, and they realize they are capable of hunting,” says Brenda Valentine, national spokesperson for the National Wild Turkey Federation and the self-proclaimed “First Lady of Hunting.”

More women are also realizing the satisfactions of hunting and recognizing that few other activities can provide the same sort of benefits.

Hunting offers the chance to connect with a clean and sustainable food source. By providing truly free-range and organic meat for their families, women bring a sense of respect and responsibility into how they help nourish their loved ones. For many, this is a welcome alternative to the grocery store.

“Hunting may be the next frontier for local food,” says Lily Raff McCaulou, author of Call of the Mild: Learning to Hunt My Own Dinner. “I was pretty detached from what I ate before I started hunting. Since I’ve started hunting, I’ve changed my relationship with the meat that I eat, and I eat a lot less meat than I did before. Hunting’s a way to reclaim some closeness to the food chain.”

Hunting also provides the opportunity to connect with wildlife. Being out in the wilderness encourages a new perspective and a newfound appreciation for nature. For many women, it’s a sort of zen moment that fosters growth and understanding of the hunter’s role. 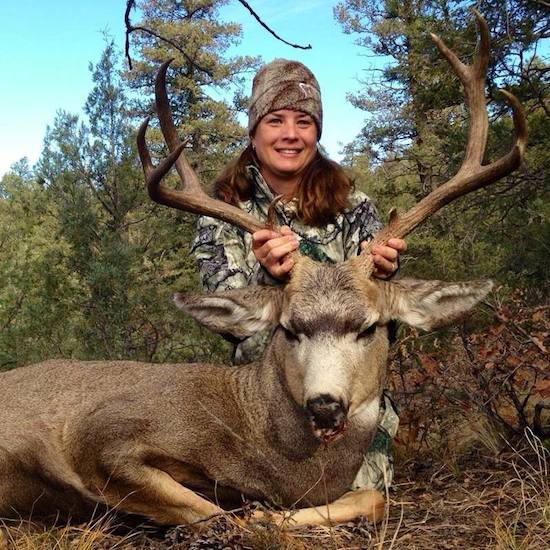 “Hunting also allowed me to gain a deeper understanding of the place I lived,” says Tovar Cerulli, author of the book A Mindful Carnivore. He believes that in a regulated, well-managed system, “there is nothing inherently ecologically damaging about hunting.” In fact, in can actually help wildlife by managing overpopulation.

After all, creating a healthier relationship with nature, with themselves, and with loved ones is what it is all about. Hunting allows women to do it all.

“Women are realizing how much fun hunting is and how close it can actually bring them in their relationships with their families,” says Tiffany Lakosky, co-host of the Outdoor Channel hunting show Crush with Lee and Tiffany and an acclaimed bowhunter. “The whole concept is that I am shooting my family’s dinner tonight and we’re eating something I shot.”