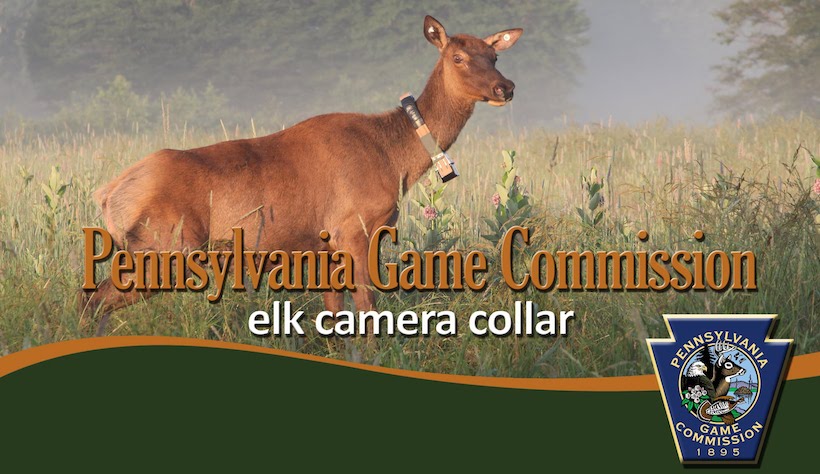 From snowboarders to toddlers, it seems like everyone is wearing a camera these days. Now elk are joining, too.

Last Tuesday, July 1, the Pennsylvania Game Commission in partnership with the Keystone Elk Country Alliance (KECA), placed a temporary 75-day collar on a cow elk that had a camera embedded in it, to record the “elk’s point of view.” reported YourErie.

The purpose of the collaring project is to better understand the quality of the 3,500-square-mile elk habitat and what the Game Commission can do to improve the surrounding environment for its wildlife.

The collar being used, the GPS 7,000 MC (medium-sized camera), has two components, video and GPS. While the video portion will give the animal’s point of view, the GPS will record the elk’s whereabouts, giving the Game Commission a better idea of what the habitat is like.

At the top of every hour (during daylight hours only), the collar’s video component will come on for 30 seconds and the GPS portion will take fixes every 15 minutes, the group explains in the video below.

Though the video and GPS are a part of the collar, each has its own battery pack. The GPS can survive for a long amount of time before being switched out, but the video is only good for about 60 days, leaving the last 15 days GPS only, as the collar will last for 75 days and then fall off.

Jeremy Banfield, Pennsylvania Game Commission biologist, explained that the Game Commission might wait to see how the first two months of video turn out and make a decision from there. Banfield also noted that to replace the video’s battery pack would mean refurbishing the collar in its entirety, which costs $3,000.

After 75 days, the collar will be sent to the manufacturer, Lotek Wireless, for information retrieval.

With this footage, biologists and land managers will be able to aid in the planning and developmental process of habitat programs in greater detail than before as it gives them never-before-gathered information at such a thorough scale.