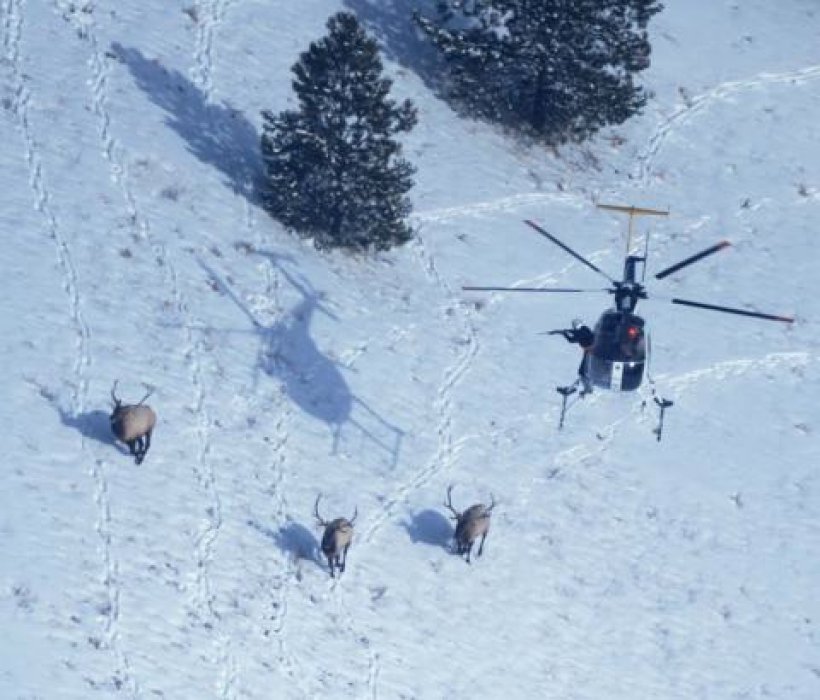 A major Montana elk migration has caught the attention of a team of biologists, prompting them to launch a research project to understand its origins.

These changes in elk movements have been happening over the past ten years, as the giant animals have been leaving public land and calling private land home in the North Bitterroot Valley of southwest Montana.

The migration is having a negative impact on both private landowners and on hunters — private landowners with cattle do not appreciate the added company of elk eating their hay stock all year, and hunters are having a difficult time pursuing elk on public ground when the elk never leave the safety of private land.

Historically, elk would spend the majority of the time on public land surrounding the valley. For some reason, though, the distribution of elk has changed. The team of biologists from Montana Fish, Wildlife & Parks (FWP) hopes to uncover what caused that change.

The North Sapphire Elk Research Project began earlier this year (February 20), and the study area ranges from Miller Creek in the north, to Rock Creek in the east, and up the Bitterroot Valley to Burnt Fork Creek in the south.

Biologists used a helicopter capture crew to capture elk in the study area. The total capture included 65 elk, consisting of 45 cows and 20 bulls. They then evaluated each captured elk for body condition and age, and took blood samples.

The collars also have a built in mortality sensor that sends a signal to biologists’ email addresses if a collared elk dies during the study. Mortality sensors enable researchers to get to the kill sight fast, before natural predators beat them to it and thus make it difficult to determine the cause of death.

The research project will last two years, and the information collected will help FWP and private landowners in the management of elk on public and private lands in the area.
So far, private donations totaling $150,000 has been fueling the project, but the organization hopes to collect an additional $50,000 to cover the 2013-14 field season.