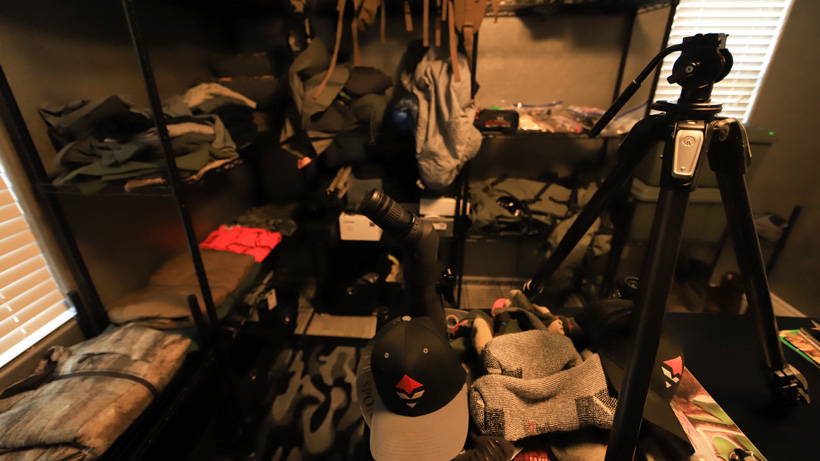 Below is my 2017 gear list for my backcountry bivy hunt for New Mexico elk. This hunt for me was wildly anticipated for a lot of reasons, but the main reason being I have never bivy hunted before. This hunt was all about chasing bugles in the deep thick timber, going to bed with them and waking up right on top of them to chase them for the day. With the strategy of chasing all day and going to bed wherever we ended up my pack was a little different than normal. Not a lot different but just enough to know I was on a different style hunt. 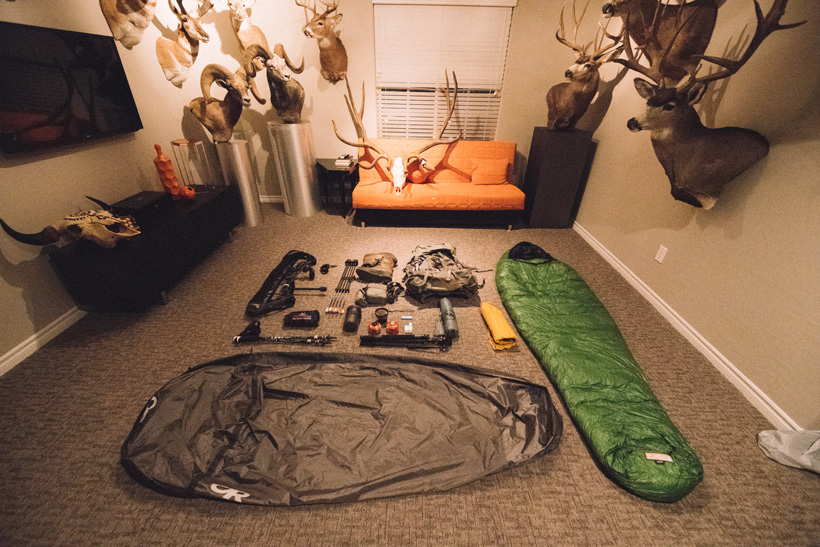 My main difference was obviously the sleeping setup. For this hunt I had the Outdoor Research Helium bivy, Therm-A-Rest NeoAir Xlite sleeping pad, Western Mountaineering Versalite 10 degree bag and the Big Agnes Onyx UL tarp for an extra measure of protection in bad weather. Beyond the sleeping system, my optics setup was a bit different. I didn't pack a spotting scope, with as thick as the timber was there was no reason for it. Glassing was a no-go for this one.

Food was a little different for me on this hunt too. With this hunt being so physical and having no set camp location I saw food as a good way to cut some pounds since food is usually the biggest section for weight. In the past I have been known to eat pretty well considering I was in the backcountry with somewhere around 2.5lbs of food a day. I like food… For this hunt though I saw food as a real way to save some meaningful weight. I ended up having a food pack of 1.57 pounds per day. There was some real weight savings there, and to my surprise I felt fine during the days. However, I could see that if the hunt went on into days 8, 9 and 10... I might be feeling the cut in calories.

Video explanation of my gear 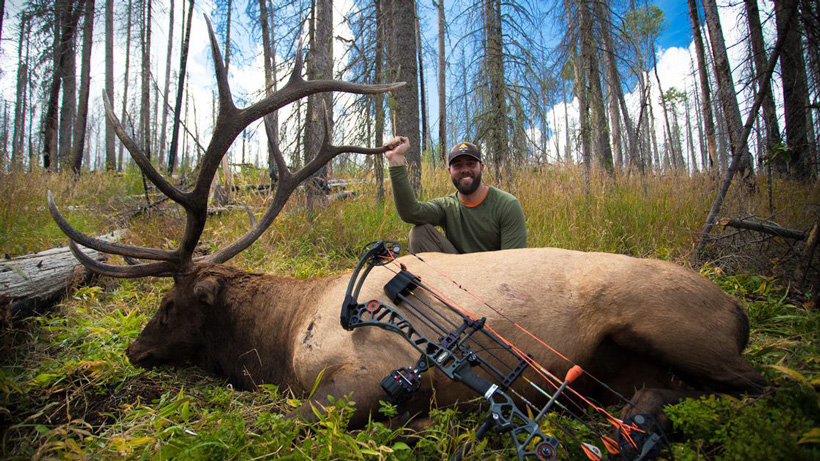 Overall I absolutely loved my setup for this hunt. I felt like I had everything I needed for all the situations we encountered and the pack felt like it rode super nice during the hunt. If I had the same hunt to go on tomorrow I don't think I would change anything with this setup. It's not too often I can say that when I get home… So I know I was dialed for this hunt.