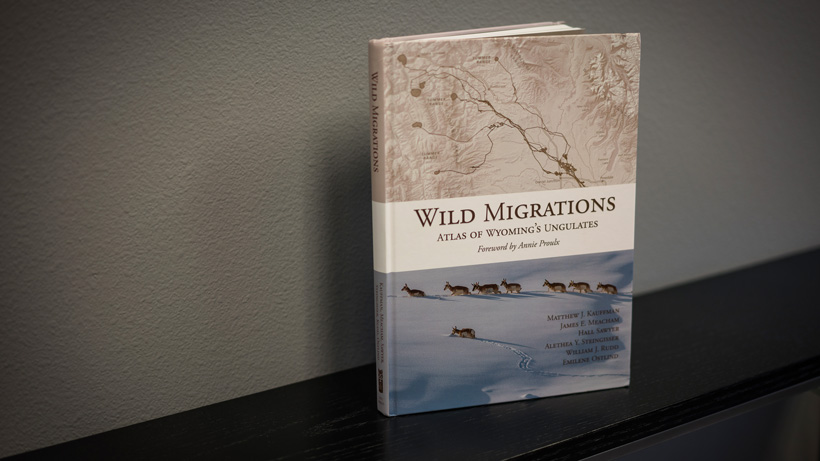 Every winter, an infinite number of ungulates descend thousands of feet as they move between their summer and winter ranges. These animals—mule deer, whitetail deer, elk, moose, bighorn sheep, mountain goats, antelope and bison—are following migration routes: distinct pathways animals follow to survive in highly seasonal climates. In the spring, those that survive the winter, will travel a nearly identical route back to their summer range. The routes, while still somewhat of a mystery, are ingrained in these nomadic herds—passed along from mother to young. 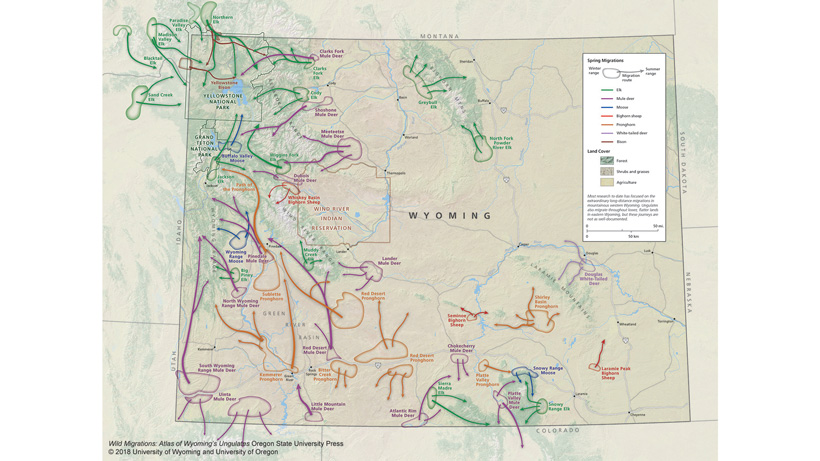 These migration routes—and the history and science behind them—are the subject of a newly released book, “Wild Migrations, Atlas of Wyoming’s Ungulates,” which was published in late October. The oversized, full-color book illustrates Wyoming’s ungulate migration tale through a series of innovative maps, graphs, charts, illustrations and photographs. Editors collaborated with other scientists, map-makers, historians, wildlife specialists and photographers to produce a complete understanding of ungulate migration within the Equality State.

“Wyoming’s landscape is full of wide-open spaces and is a place that exemplifies the type of landscape where migration is the most beneficial strategy,” Matthew Kauffman, director of the Wyoming Migration Initiative, told goHUNT. He points to Wyoming’s various mountains and basins that act as summer and winter range for these animals. Because the state is one of the largest—and least populated—within the lower 48, Kauffman says that “these open spaces are likely why we still have many intact migrations.” 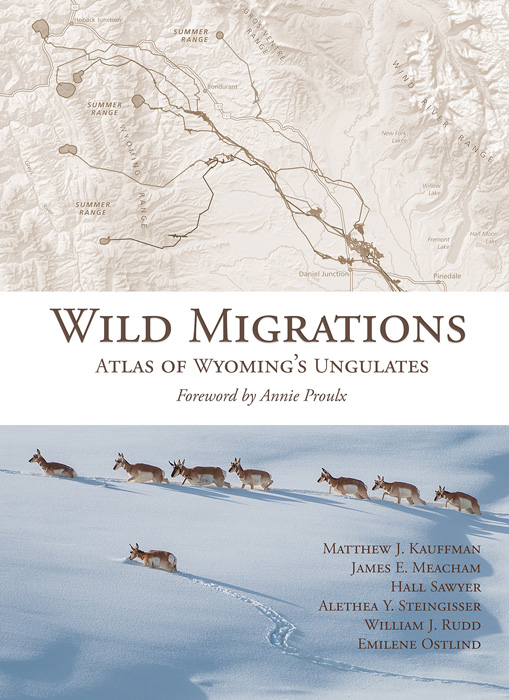 You can purchase Wild Migrations here.

The atlas, which took six years to complete, is the first book to address this subject in such depth. It provides a wealth of information that is easily understandable and illustrated by intricate maps produced only for this publication.

“We wanted the atlas to be kind of a complete treatment of ungulate migration,” says Kauffman. “Each pair of pages tells one story, whether it’s how climate change affects migration patterns or the influence of energy development.” 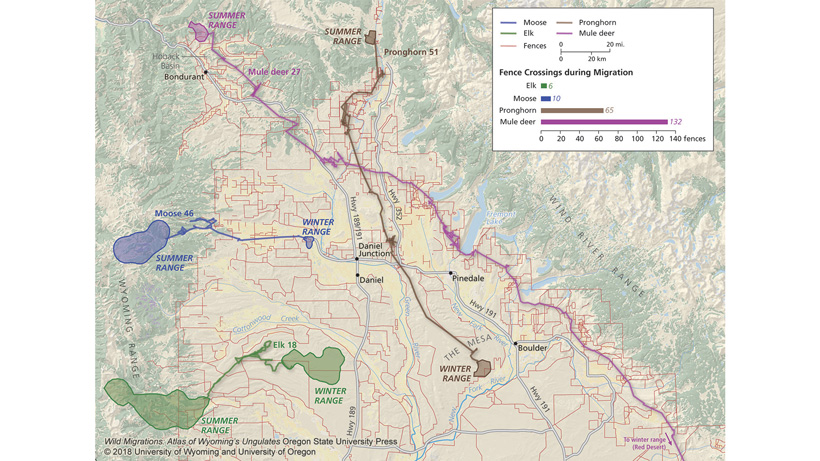 Satellite technology was used to map these migration patterns. Researchers were able to grab data points from collared ungulates on an hourly basis. Kauffman says that herds willingly show researchers where they’re traveling once they’re captured and collared. This information has led to ways to improve migration routes. For example, the bottleneck in the Pinedale, Wyoming area was identified due to these tracking collars and, instead of being developed into residential housing, was purchased through a conservation easement to keep open for antelope migration.

The 208-page atlas includes a foreword written by novelist Annie Proulx and is organized into five main sections:

A series of reference maps are also found at the end of the book along with a list of sources and sponsors.

While Wyoming may be leading the way, other western states are following. Utah recently received federal funding to improve migration corridors for mule deer, particularly in an area where rapid development has made it difficult for mule deer to cross a state highway between the City of Eagle Mountain and Salt Lake City/Provo to migrate to their winter range from the Oquirrh Mountains into the Lake Mountains. Colorado officials are currently studying Gunnison Basin elk and have already determined (based upon preliminary data) that elk seem to wander a lot more than previously thought. Oregon is working to improve wildlife corridors along U.S. Highways 97 and 20 and New Mexico continues its multi-year study on the impact of oil and gas development on its mule deer herds

“The atlas tells Wyoming’s story,” says Kauffman. “and, hopefully, provides an example of how you can use science to guide conservation in really concrete ways to sustain these corridors here and in other states.”

You can purchase Wild Migrations here