Why do we hunt?

Over the past few years, hunting has been highlighted a lot in the national spotlight. We are constantly being preyed upon by non-hunters and anti-hunters for one reason or another. In light of that, we often find ourselves having to defend the way of life we hold so dear. We search for our justifications. Some folks say that they are meat hunters. Others are all about conservation. Then, there are the experience hunters who thrive on the adventure of it all. Have you ever asked yourself why you hunt? Many of us were taught by someone in our family, be it a father, grandfather, uncle, etc. Is it just something you do because that's all you've known? Are we following in the footsteps of those before us or is there something deeper than that? Before we dive in deep, let's discuss the reasons already mentioned above. 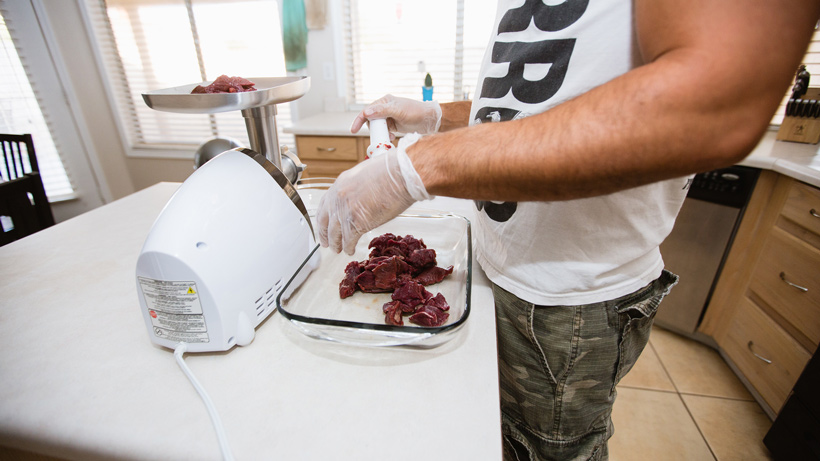 This is a big one. There is an ever growing movement of folks who want to fill their freezers with high-quality game meat, rather than store-bought meat. The thought of providing for themselves and their families this way is sort of intoxicating. I'll admit that it sucked me right in during my early years. There is nothing like sitting down with a steak that you procured yourself by hunting. That field-to-table satisfaction is addicting. This way of thinking also bleeds right into the health and organic food craze as well. People care more about what they are putting in their bodies. You can't get more organic than fresh game meat straight from the field. A lot of outsiders commend this way of thinking. They say, "Oh, well, it's OK because you are hunting for the meat" as if not hunting for the meat would cause them to look down upon you. Eating the meat makes you admirable while not eating it makes you a murderer in their eyes. If you are a straight up meat hunter, good for you. I refuse to believe that you don't see anything past that though. I will be the first one to sit down to a nice medium rare venison steak, but, let me tell you, it's not the only reason I hunt. 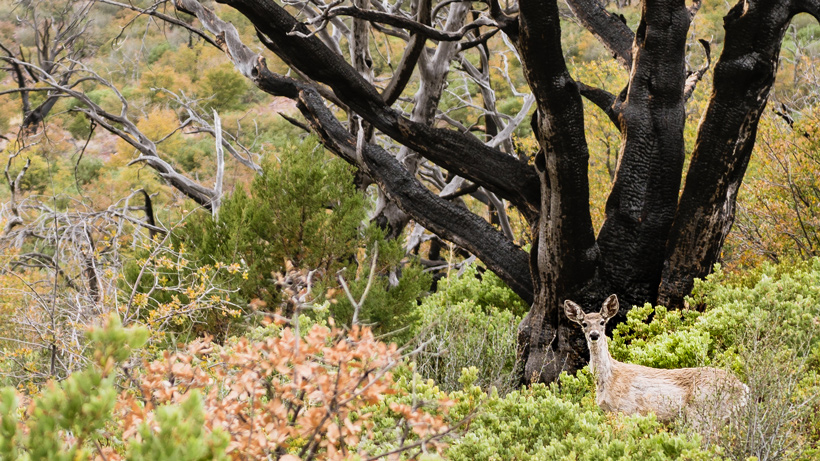 Ever since I was a young boy, my dad has been telling me about how the animals need to be hunted to avoid overpopulation. When approached by others that didn't hunt, this would be the thing I would automatically jump to in my youth. It would honestly make me uncomfortable having to justify myself and actions to my peers as a young boy. All I knew at that age was that hunting was fun and I loved being out there. Most would understand; others not so much. I'd hear things like, "They were doing fine before we started encroaching on them and their habitat." Comprehending how taking an animal out of the population actually helps the species can be a hard thing to grasp and I understand that. The proof is in the pudding, though, and you cannot argue facts. Hunting supports conservation and I am proud to be a part of that; however, that is not all hunting is—at least not to me. Would you stop hunting if you knew that the greater good and health of our wildlife would be OK if we stopped? I know I wouldn't because it's not the only reason I hunt. 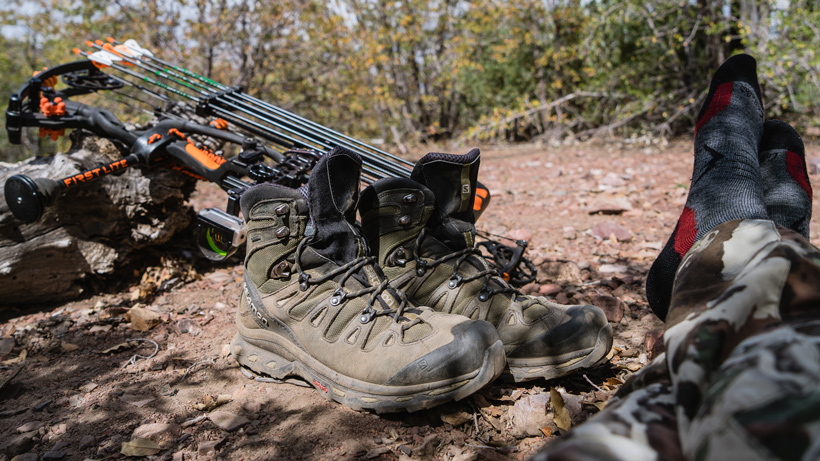 There is a term going around known as the “experienced hunter." This is the person who is in it for the adventure. While filling a tag is a primary goal, it is not the only goal for this hunter. They enjoy taking in the landscape, embracing the motions and immersing themselves in the hunt and what is wild. That is what it's about. If, and dare I say if, I had to lump myself in a group of folks, this would be the closest one for me. I soak up everything from hiking into my spot to setting up my tent to cooking dinner to the hunt itself. There are few things that calm me like sitting on a glassing knob with a hot cup of coffee. That warms not only my body but also my soul. The satisfaction of being out in the field—either solo or with company—and mentally decompressing is something that I've found that I need. Life is fast in the city. So fast, that sometimes we forget to take care of ourselves. Being able to shed the weight of stress that builds up from life in the fast lane is something I think we can all appreciate. Embrace the hunt, embrace the journey and embrace the experience. However, that is still not the only reason I hunt. 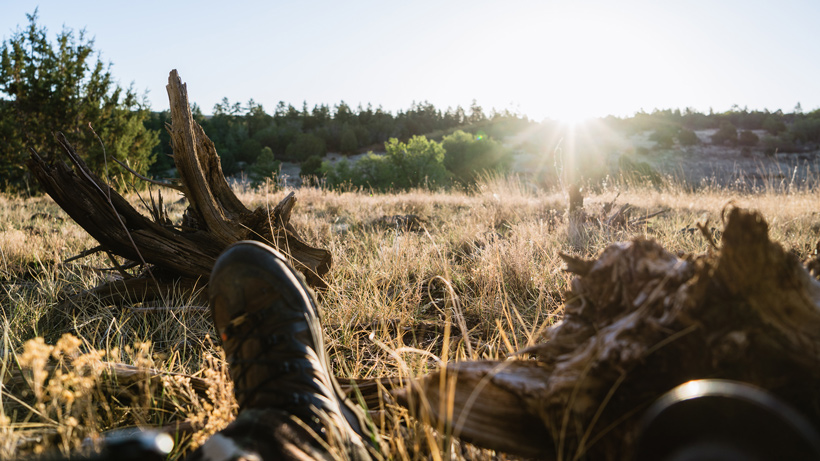 As I said earlier, many of us were introduced to hunting through a family member of some sort. For me, it was my dad. I was nine years old and remember the first time I ever went on a deer hunt. It was cold, quiet and the first time I ever slept in a tent. My first campfire was something to remember. Simple, but entrancing nonetheless. Before this, coming from Queens, New York, I had never even seen a wild deer. The first time I went into the hills with my dad and left camp was amazing. The walk seemed to take forever with my small nine-year-old legs. Once we got to the head of the canyon we would be hunting, a few deer jumped out ahead of us. A group of does with a fawn bounded through the tall grass with their white tails pointing to the sky. That was 23 years ago and I can still see it in my mind like it was yesterday. From that point on, deer camp was something that I looked forward to every year. Waking up early, drinking my first cup of hot coffee and putting on more clothes than I can recall are things that will stay with me. It's hard to put a label on all of that, but it definitely has its place in the definition of why I hunt. 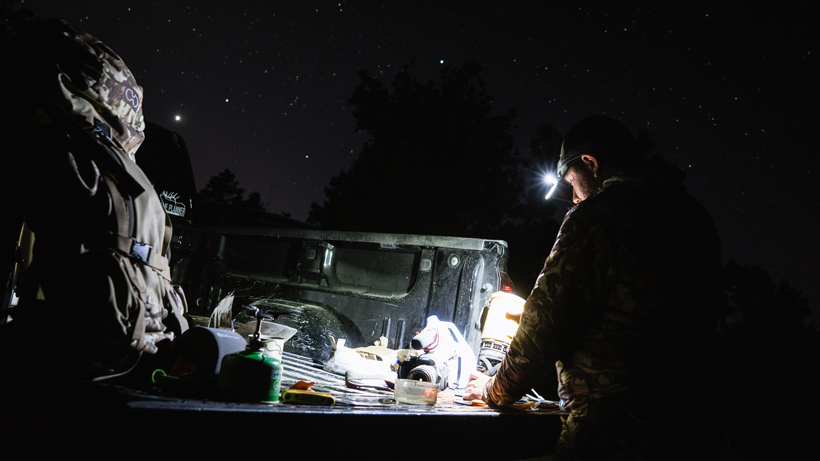 When it's all said and done, I think we can all agree on one thing and that is this: We do not hunt for one set reason. Rather, it is a whole recipe of reasons that drive us to do what we do. I love the meat, having a hand in conservation, the overall experience and spending time with quality people in quality places. That is a recipe that I enjoy making time and time again. So, really the question of why we hunt is a complex one and one that might not be understood if an outsider is only looking at the surface. In order to truly understand the answers to that question, I think one must experience what we experience. We see things that many will never see in their lives. I often tell a story about a scouting trip I brought my wife on. In short, we had a herd of elk in front of us and she got to watch a calf drink milk from its mother. The glowing look on her face when I showed her that was unforgettable. Her smile stretched from ear to ear. Seeing that look made me realize how special these experiences really were. Why do I hunt? If you've gotten this far in the article, you know why. Now, it’s your turn. Why do you hunt?