What Muley Fanatic Foundation does for mule deer 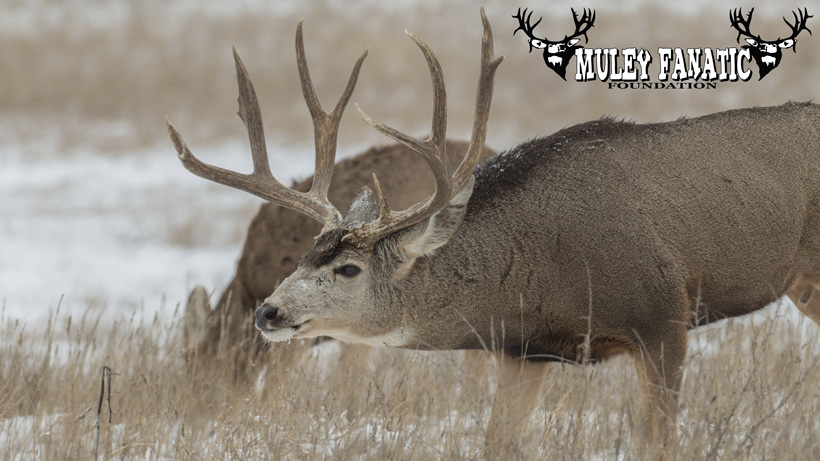 In 2012, Joshua Coursey and Joey Faigl had a vision to create their own mule deer conservation organization that used a different model than any other conservation organization at the time. After spending five years as chapter chair and co-chair for a different mule deer conservation organization, Coursey and Faigl weren’t seeing a measurable difference being made in their local deer of southwest Wyoming and they felt it could be done differently. Energized by this idea, they established a different model, which is now the bedrock foundation of the Muley Fanatic Foundation (MFF). The model, which was created by CEO and President Coursey and COO and co-founder Faigl, maintains that 70% of the net funds raised by volunteer chapters are retained by that local chapter in their local bank account. Those local funds are then allocated for mule deer conservation within that specific area. The remaining 30% is returned to MFF headquarters to allow for the support and continued growth of the organization.

Since 2012, MFF has grown to 15 chapters across five states—Wyoming, Colorado, Utah, Idaho and Virginia—with on-the-ground funds totaling about $4 million. That is a collective achievement worth celebrating when it comes to mule deer conservation and furthering of the mission of such a noteworthy organization. MFF continues to make tremendous strides with a profound impact. 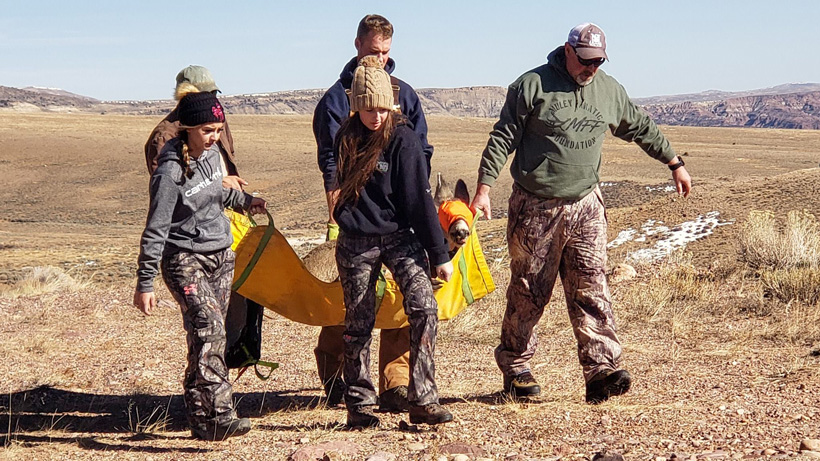 While MFF continues to grow by chapters, it’s also important for its overall membership base growth, too. The old adage of strength in numbers is applicable more in today’s digital age than ever before. Vendors, suppliers and manufacturers who plan to align with an organization in order to influence or make bigger strides in the conservation world look to membership numbers to evaluate whether or not to do so.

During 2017, a mule deer summit was held in Pinedale, Wyoming to address why so many big game animals were being killed and injured on roadways and the costs related to this deaths and injuries along with the costs to motorists around the Cowboy State. Many NGOs, members of the Wyoming Game and Fish Department and the Wyoming Department of Transportation as well as other stakeholders attended the summit. The culmination of the two-day meeting was that wildlife conservation efforts to remedy such losses identified were expensive.

But that small roadblock didn’t stop MFF from figuring out a solution. They didn’t leave the summit with just the recognition of the problems but rather narrowed its focus to find a solution to assist in the awareness and financial gain to be allocated to the problems identified. Thus, the conservation license plate bill was born with the proceeds going directly to wildlife-related overpasses, underpasses and wildlife-friendly fencing projects and roadway signage.

MFF took on the challenge of getting this license plate legislation passed in a state with no specialty wildlife license plates and little appetite for “new” license plates of any kind. Through the efforts of many individuals along with a major push from Wyoming MFF members, new wildlife conservation license plates became a reality. And, while it was known that this license plate fund couldn’t provide all the money needed for these hugely expensive roadway projects, it has led to leveraging these funds into larger funding opportunities. Even more important, this initiative proved how much these projects and the wildlife they help protect mean to the residents of Wyoming. This has brought about more highway projects and better future protections for our big game herds. And much of this success we owe to the support of our members.

This brief article doesn’t begin to tell the whole story of MFF, what we have accomplished in a short period of time and what we do. We invite you to check out the Muley Fanatic Foundation’s web page at www.muleyfanatic.org. Learn what we are all about, give us a call and consider becoming a member. We have yearly memberships, sponsor memberships and life membership opportunities. Consider starting a chapter in your area.

Let’s move the needle for mule deer conservation, together. Our mule deer herds all across the West need our help. While there’s no magic Bandaid to put on the problem that will bring these icons of the west back quickly. We know that through sound wildlife management practices, science-based projects and others that further the sport of hunting and youth involvement, we can make a difference for the future management of this important big game species.