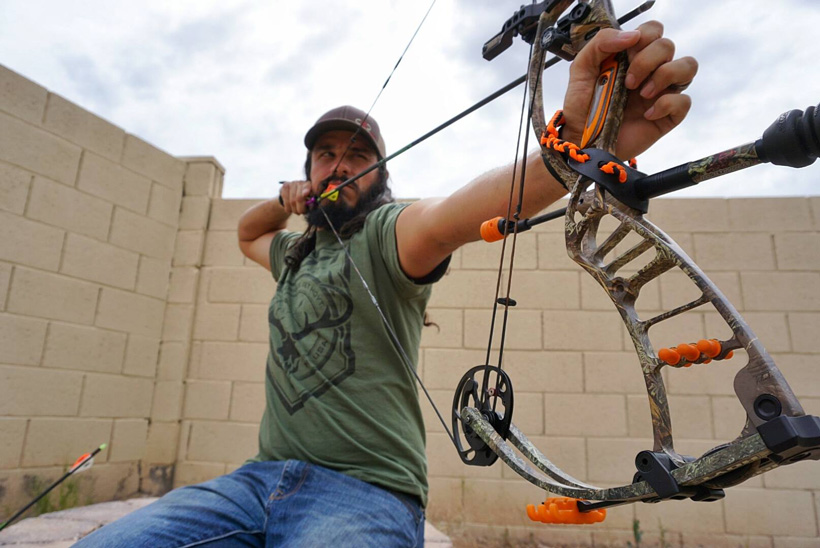 All photo credits: Josh Kirchner of Dialed In Hunter

It seems these days that if you are a guy and aren't able to draw back at least 70 lbs on your bow, then you’re considered a wimp. Of course, that isn't true, but it definitely seems that way as more male bowhunters are hitting 80 lb and 90 lb draw weights. That isn't a problem as long as they can do it easily and some can. If you’re one of those individuals, more power to you. If you’re new to archery and bowhunting, these numbers might sound intimidating and possibly sway you to increase your draw weight without easing into it, which is what a seasoned archer would do.

Is my draw weight too high? 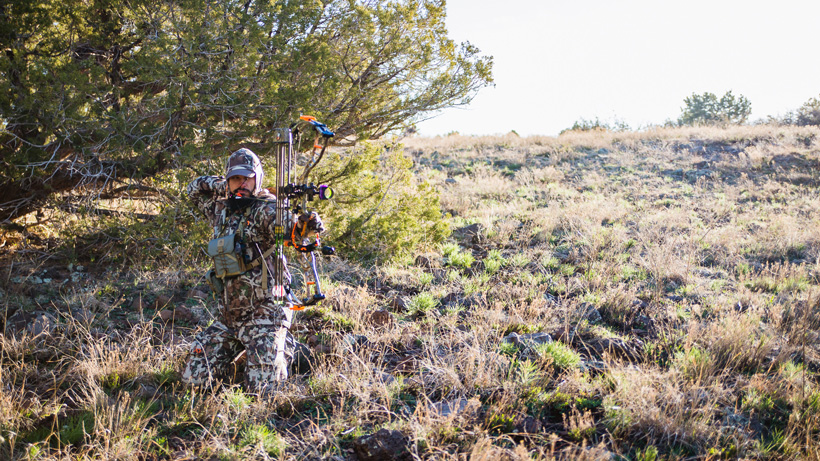 This is a super common question and one that only you can answer by shooting bows at different draw weights. Start out somewhere around 50 lbs and see how that goes. I know that number sounds low, but when you are drawing a bow, you’re using muscles that don't normally get used; it might not be as easy as it sounds. If you are struggling in any way to get that bow back, then drop the weight. Increasing your draw weight will come in time as you build up those muscles. Don't judge your draw weight based on one shot. Spend time shooting the bow over and over again. If you’re fatigued after half a dozen shots, then you should probably go with a lighter draw weight. After all, you are going to want to be able to practice shooting your bow.

I recently did a poll online and asked people what their current draw weights were. It seemed like the most common draw weight was 60 lbs. It was interesting when I found out that most of the western hunters were hovering in the 70 lbs range. I attribute this to having farther shots and bigger animals to contend with. But is that necessary? Absolutely not! Especially if you aren't conditioned to do so. My best friend's brother recently jumped into bowhunting. He is a 27-year-old man in the Navy and his current setup is set at 45 lbs because he couldn't pull more than that. Obviously, he will build up to greater weights over time, but, for now, 45 lbs is where he’s comfortable starting and that’s fine.

The other day, a bodybuilder walked into the pro shop that I frequent. This gentleman lifts cars for a living but he couldn’t draw 70 lbs. He can pretty much lift a car though. Go figure. Later, the bodybuilder was astonished to find out that the much smaller employee that had been helping him the whole time could pull back 83 lbs like it was butter. Once again, does he need to? No, he doesn't, but he can do it effortlessly because he has conditioned himself. 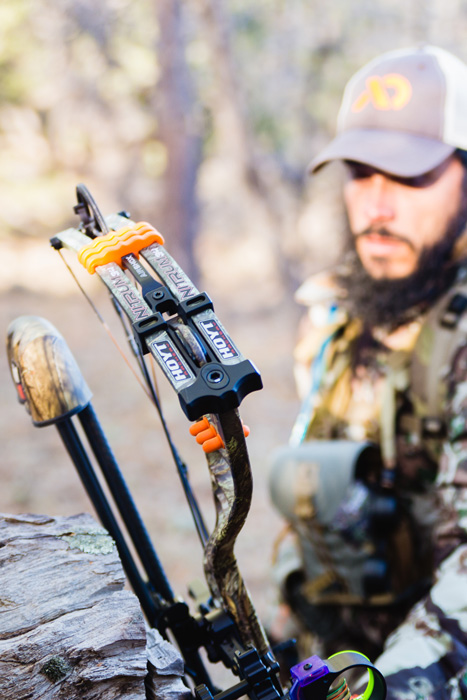 I am not going to sit here and try and educate you on what proper form is. You should already have a basic grasp on that and, if you don't, I highly recommend that you find a coach to help you or check out this article on the five minute guide to archery form. You won't regret it. What I am going to do, though, is tell you that if you can't maintain proper form throughout your draw, then you are probably drawing too much. What do I mean by this? 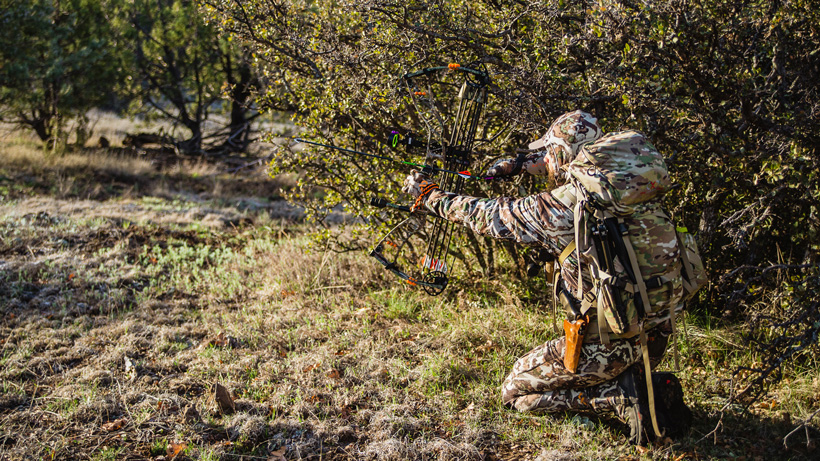 Sit down in a chair or kneel down on your knees and try and draw your bow back nice and smooth. Start with your bow arm straight out, toward the target, and pull the string straight back from there. If you have to point your bow straight up in the air and are reaching for the sky to draw, then you should probably lower your draw weight. You don't want to be making this huge exaggerated movement when that bull of a lifetime is standing in front of you. If you don't have someone to watch you do this, then I suggest taking a video of yourself so you can see what you are really doing throughout your whole shot process. You might be surprised with what you find.

Some of the folks that I have seen in person and in videos literally look like they are in pain while they draw back their bow. This is probably not a good thing for hunting and the longevity of your health. If you are one of these people, please stop for your own good and lower your draw weight. Gradually build yourself up to where you want to be. Ask yourself the question, "How long do I want to be able to bowhunt?" If the answer is "As long as possible," then you seriously need to think about what I mentioned above. Putting that much strain on your shoulder is a great way to hurt yourself. Then what? I don't know about you, but I want to be able to bowhunt for as long as possible and shredding my shoulder just so I can pick up a little more speed is not the way to do that. The gain to strain ratio just doesn't add up to me.

Every year traditional archers effectively and efficiently kill animals with draw weights in the 50 lbs range. Like I said earlier, if you can steadily draw back that huge weight without any hindrance, then do it. If you can't, though, just remember that you really don't have to and it's okay to drop your weight.

I feel like this is pretty big these days, especially with the whole train to hunt mindset. More and more people are linking the gym to the mountains. I am one of them and I love the idea of people getting in shape for hunting. Not only is it going to be good for your hunt, but it will also be good for your life. Kudos to those taking this step.

Yet, I feel like there is a "tough guy mentality" that floats around, which could be the reason behind people trying to draw these crazy weights with their bows before they are ready to do so. Just because you can hit the gym hard doesn't mean that you can automatically draw 80 lbs on a bow. The only way to be tough is to get tough, not act tough. This means you need to build up to these numbers, just like you did with your weights in the gym. 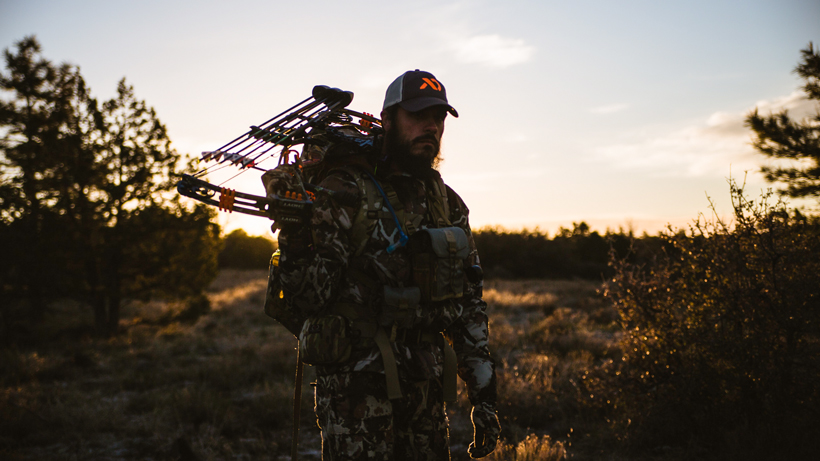 When I first started shooting a bow, I was about 14 years old. I shot an old compound with a draw weight of about 50 lbs. At that age, 50 lbs sounded pretty intimidating to me. It turned out that it wasn't that bad at all and before I knew it, I was able to shoot for as long as I wanted. From there, I just kept climbing the ladder. Nowadays, I shoot my bow at 67 to 70 lbs. Yet, it was only few years ago that I couldn’t even pull back 60 lbs. With a lot of practice, though, I got to where I wanted to be and so can you. Remember to do it gradually and not the way that might end up doing you more harm than good in the end. I want to be able to hunt with a bow well into my senior years and if that means lowering my draw weight in the future, then that is what I am going to do. The actual act of archery hunting is so much more than being able to pull a lot of weight.