The science of tag quotas 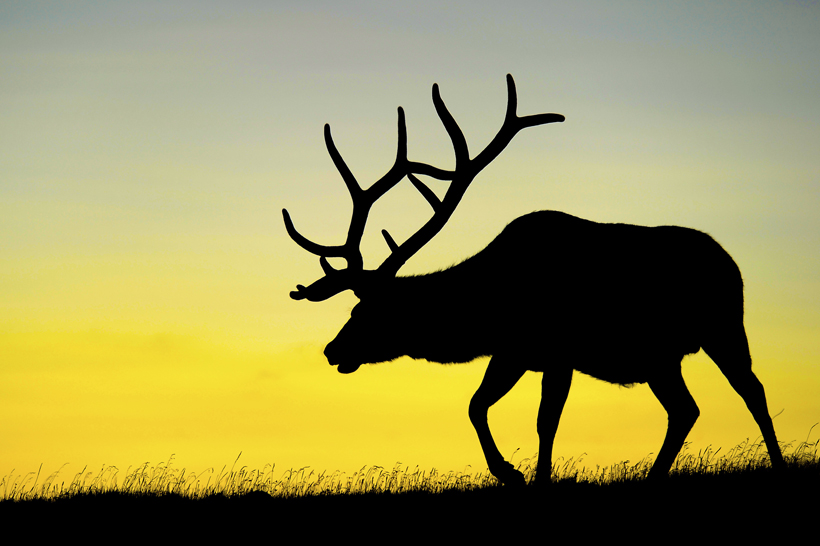 Have you ever wondered how wildlife managers decide how many tags will be allotted to hunters each season? We spoke with Brian Dreher, Senior Wildlife Biologist for Colorado Parks & Wildlife, to find out how it’s done. Here is a look behind the scenes in Colorado.

To start, it’s interesting to note the bigger picture: for every 1 wildlife manager or biologist in Colorado, there are about 4,000 animals that they are managing.

It is therefore impossible to keep track of every single animal, so biologists only count a fraction of them. They use a mixture of aerial and ground-level methods to count in the winter and summer.

For deer and elk, biologists use quadrat surveys. Biologists grid out the landscape into square miles, then go out in a helicopter and take a random sample of those squares in a Data Analysis Unit (DAU). They average the number of animals per square mile and multiply by the number of square miles for the population estimate.

Antelope population counts use distance estimates. A fixed wing airplane takes the biologist on a linear transect across the landscape. Biologists count how many antelope they see within the rods coming off the wings, then use calculus to make a current population estimate that includes what they can and cannot see. Mark-resight involves tagging bighorn sheep, then seeing how many reappear on future surveys.

These counts and past data get put into a population formula to calculate herd size. In order to know what Colorado will have in the future, biologists need to know what they have to begin with.

Here is where we distinguish between DAU (data analysis unit) and GMU (game management unit).

Data Analysis Units better map actual herd patterns than the Game Management Units used for licenses. The division also means animals are not counted twice. Each species has its own set of DAUs as a result. 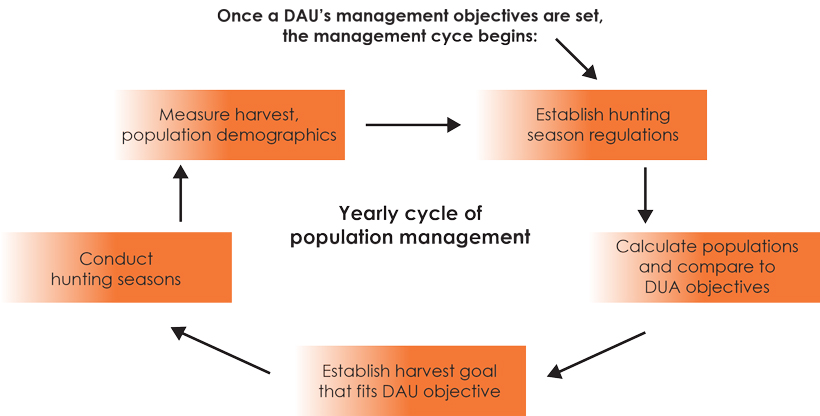