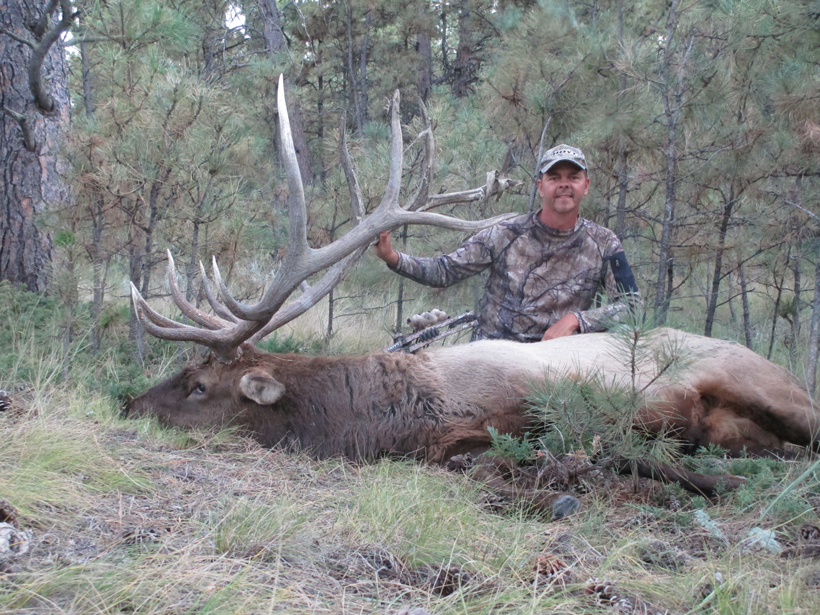 I was completely caught off guard when the bull responded to my bugle. He was close! I had spent the last six hours walking a big loop and was back within a couple miles of my truck when I found this “elky” looking place. I finally had a response after 50 lonesome bugles that afternoon. I nocked an arrow and maneuvered silently around the toe of the slope. The stalk was on. I traveled 30 yards when I saw antler tips bobbing my way behind a screen of low pines. It was a decent-sized bull. I drew my Hoyt when he was at 30 yards, but at 25 yards, he stopped and scanned the forest. I mentally tried to will him into the open for a shot, and after a 20 second stalemate, he resumed walking toward where I last bugled. The 15-yard shot was followed by a 60-yard run and a loud crash. Finally, after nine hard days of hunting, I was done. With 30 minutes of daylight left, I sat and admired him for a few minutes before getting to work, taking photos, skinning and bagging the quarters. It was 10 p.m. when I headed out with the first load. It was a long, but greatly satisfying night.

Advantages and disadvantages of hunting solo

There are a lot of advantages to hunting by yourself. The additional challenge and satisfaction, the ability to hunt how and where you want without any time or communication constraints, and the time to truly be alone for self reflection. 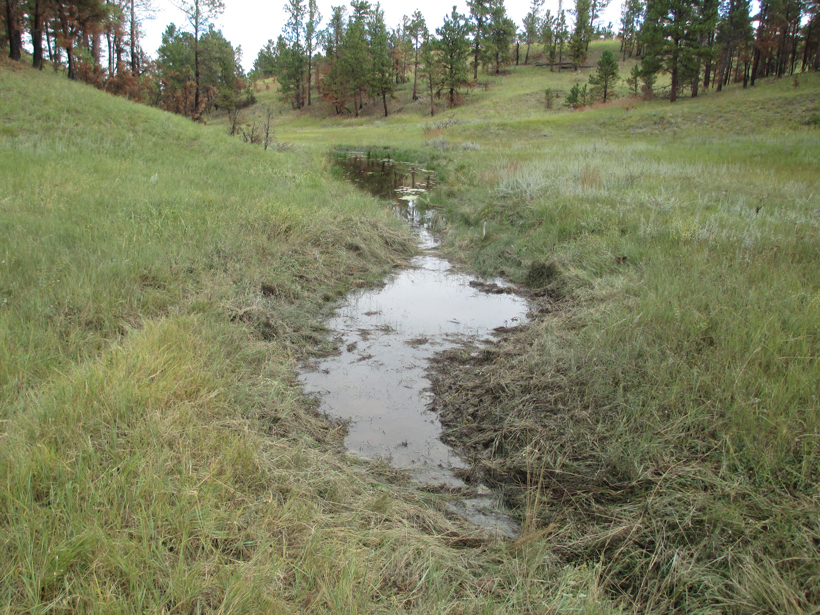 Decisions can be made or changed on the fly and you will not ruin anyone’s hunt but your own, however, there can also be disadvantages, including the increased cost for fuel, no one to share the workload, loneliness and fear. Despite what many may say, it is much easier to get up and face a long cold walk in the dark with a hunting buddy than by yourself.

The logistics of attempting a solo hunt might seem daunting, but with some careful planning, a safe and successful hunt is absolutely possible. You may want to consider a few extra days for a solo hunt. Travel may take longer and be more expensive on your own. One of the biggest factors to be aware of is the additional time it will take to pack an elk, or any large animal out of the woods by yourself. 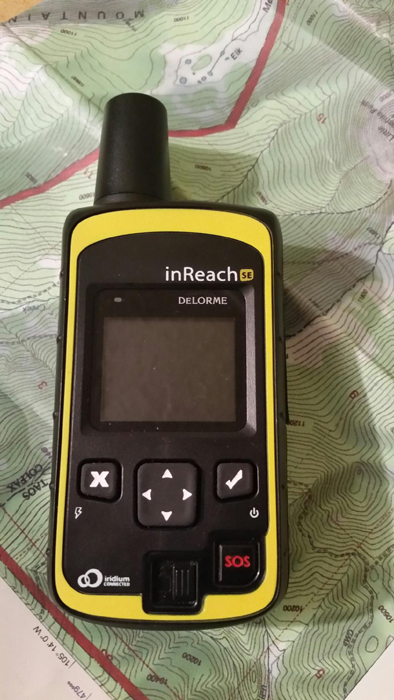 Safety is a major factor while solo hunting, but there are some key steps to make it safe. Before you head out, let your friends and family know where you are going and when to expect to hear from you. Speak with a biologist or warden over the phone and ask about cellphone service. If there is not any, or if it is limited, think about renting a satellite phone or using a Delorme inReach or Spot Satellite Personal Track to send and receive messages. 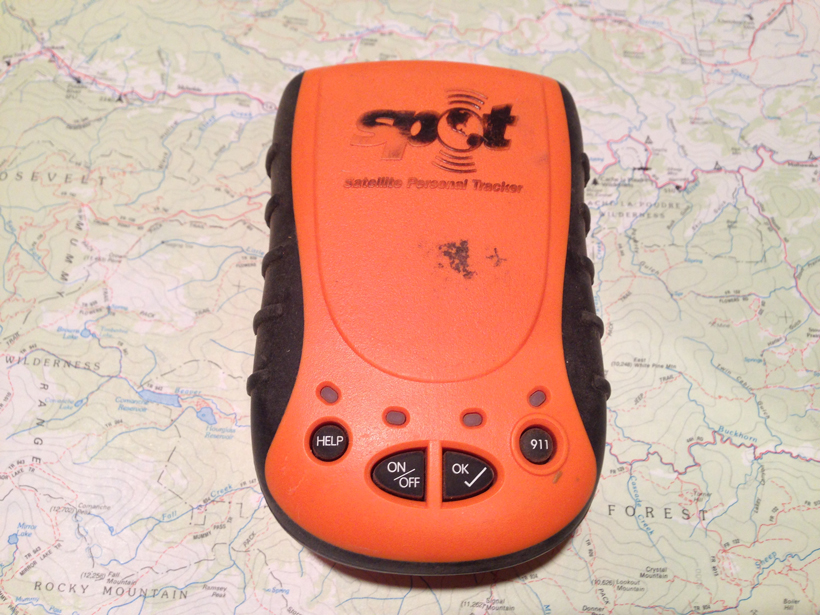 A solo hunter must possess and maintain a positive attitude not just for the chance of a successful outcome, but to also to keep yourself in the field. Without a buddy along for company or encouragement, it can be easy to lose focus. 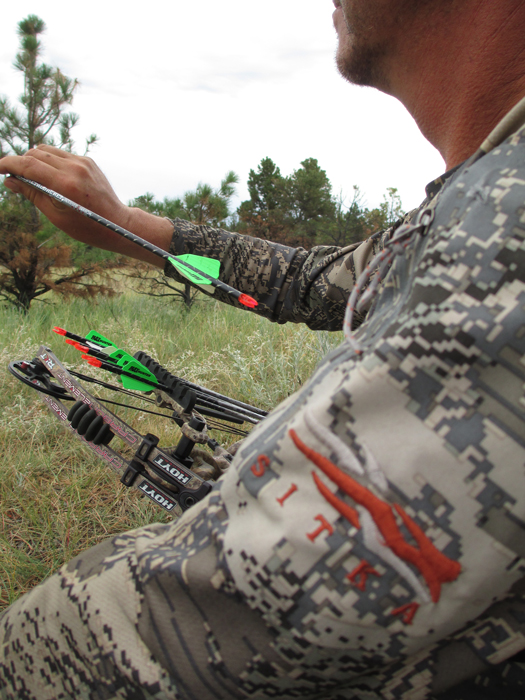 A lack of focus may lead to sleeping in, not hunting in rough weather or worse — giving up and going home empty-handed. I can personally attest to this phenomenon. It happens to the best of us, so be ready to recognize those feelings and hunt hard for as long as you planned for.

Hunting solo makes the option of spot and stalking bulls or silently chasing bugles a perfect option. This is where your predator instinct can really kick in. It is just you and the animal. You do not have anyone else to think of, communicate with or keep track of. It is an ideal scenario and one that has accounted for the majority of the bulls I have killed. 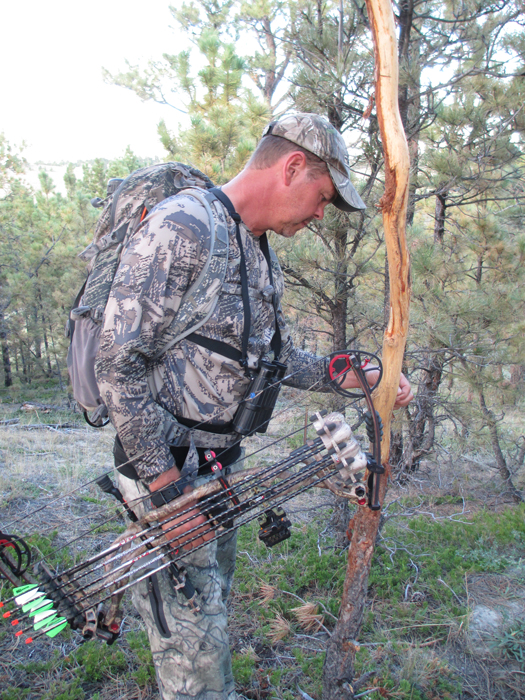 You can spend hours in the morning stalking a herd without an opportunity or obligation to be anywhere else. Instead of heading back to camp, you can stay in close proximity, keep the wind right and possibly have a chance at an animal during the middle of the day. If not, you are certainly in a good location for the evening hunt.

Plenty of solo hunters harvest animals by calling and there are a couple of steps that could increase your chance of success. Unlike working with a partner, when you are solo you will be doing it all. Once you hear a bull or get an another animal to respond, pinpoint the location and quickly close the gap. This single step will get you more encounters than anything else. Too many times, people get distracted and call back and forth with a bull from a distance. 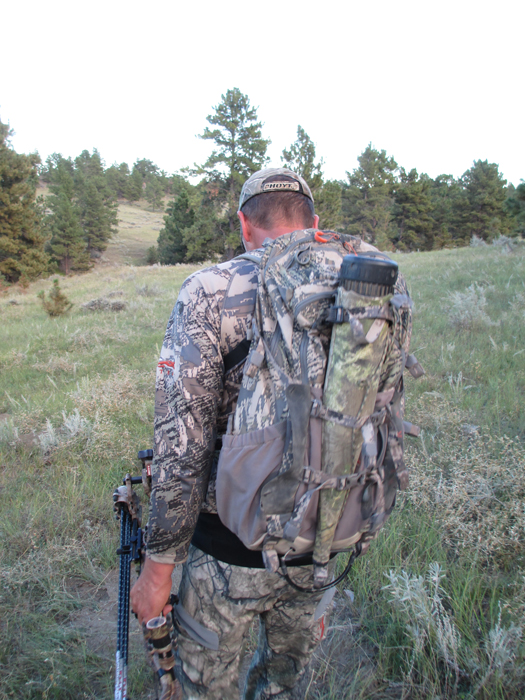 Get close and throw out a cow call or two. If you get a response and the bull is within a couple hundred yards, cut him off with an aggressive bugle. It is a good method to anger the bull and make him come in looking for a fight. If you feel he is committed, coming in and you have time, quickly move forward 20 to 30 yards. That way, if he holds up you may still be close enough, and if he commits, his attention will be focused past you.

Once that arrow hits home and the bull is on the ground, a whole new challenge begins. You must mentally and physically be ready to take your own photographs, break down the bull for packing and then pack several hundred pounds of meat out of some rough country. This could happen late in the afternoon or evening after a long brutal day. 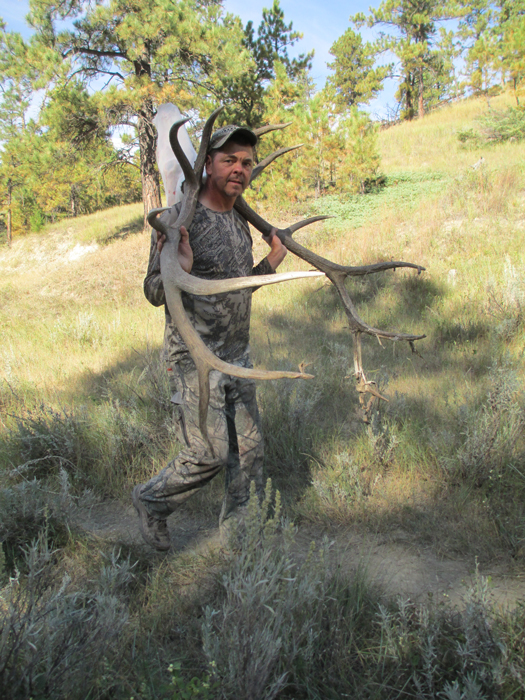 Are you physically capable of doing the tasks necessary to get that elk to the truck? Physical and mental preparation cannot be stressed enough, but the satisfaction of going it alone and making it happen is a feeling like no other.