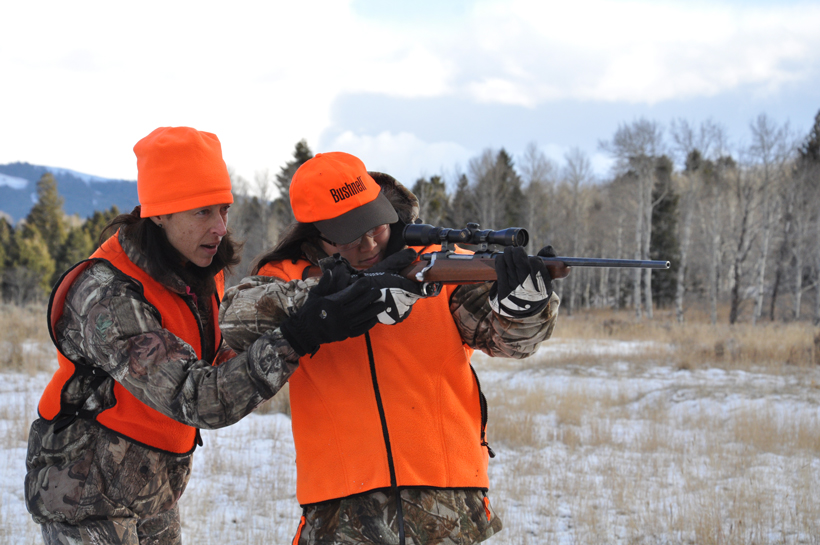 When I fell in love with my husband Jack and moved from New Hampshire to Montana, I embraced big game hunting in the Rockies as part of my new life. A stepdaughter, Zoe, came with the package.

Zoe, age 13, is the youngest and the only girl among the four kids in our blended family. She doesn’t strike the casual observer as outdoorsy. Though she hikes, camps and casts for fish, she’s no tomboy. She goes because the rest of the family is going. If left to her own devices, she would curl up with her Kindle or repaint her nails in multi-colored hues, unless it’s autumn. When hunting season opens, she heads outdoors with little coaxing.

Zoe had her first chance at big game hunting a year ago — a whitetail in the hilly backcountry near our home — but her introduction to hunting came long before that. She watched jealously as her older brothers went to hunter safety classes. She listened to the stories of their hunts and helped butcher and eat the meat they harvested before becoming old enough to seek game herself.

On her debut hunt, both her dad and I went along. I had the first opportunity when a small buck appeared 100 yards in front of me on the edge of a grassy knoll. It fell just inside a stand of spruce. 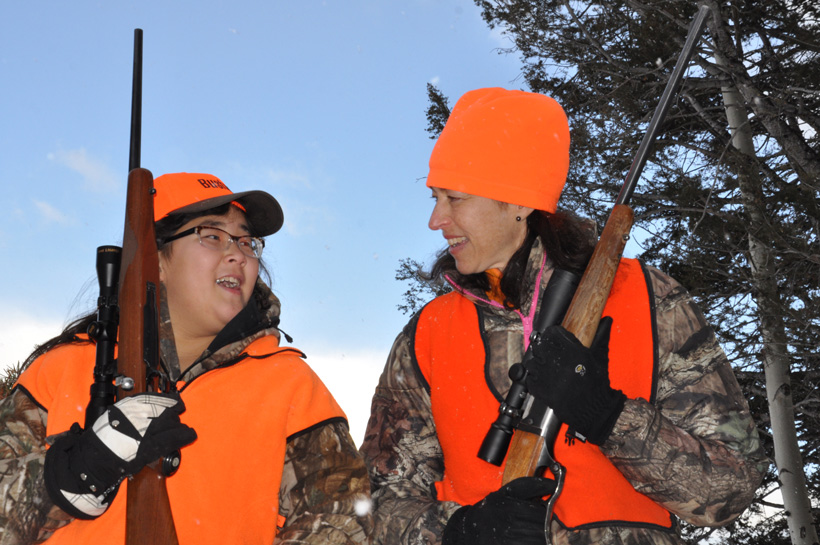 Jack told Zoe to sit on the knoll where she could see into the narrow valley below and across to the next hillside while he field dressed my deer. He asked me to sit with her to help her in case she had a shot. She didn’t need help. An hour later, she successfully shot her first buck. Jack and I were proud, of course, but Zoe downright beamed with delight.

On face value, getting my step-daughter interested in big game hunting might seem a coincidence of her family situation. In truth, it could have been a big deterrent. Zoe has enthusiastically embraced hunting because we’ve made it part of our family tradition.

For three generations, the Ballard family has set up a traditional hunting camp using horses and wall-tents. After each kid took hunter safety, and if their grades were good, they earned the chance to take off from school to go to “elk camp.” Stories of the camp were among the most repeated at family gatherings, and the photos from it are among the most treasured on our wall.

The anticipation of elk camp pervaded the household each fall. Going was a rite of passage which Zoe anticipated with great eagerness. By tying hunting to a time-honored family tradition, it became both a privilege earned and a milestone in her life, rather than just an outdoor activity that can be wet, cold and physically strenuous and that requires getting up well before dawn.

With our family of four kids and our busy professional lives, time spent individually with each kid is limited. We plan many family outings, but it is rare that we have one-on-one time. Hunting is one of those precious moments, especially for Zoe and her father. Jack has made a point to take Zoe hunting for deer, elk and pronghorn. It doesn’t matter if Zoe shoots something. It is their time together, just the two of them, that has helped Zoe fall in love with hunting. When Jack says, “Let’s go!” she always wants in.

A girl and her … horse

Add a horse to the mix and most girls’ interest will pique. Zoe is adopted from Mongolia. We often joke that riding horses is in her blood, but most girls have a horse fetish at some point when they are young, which leaves them curious about riding into their teens, especially if the girl is an animal-lover. 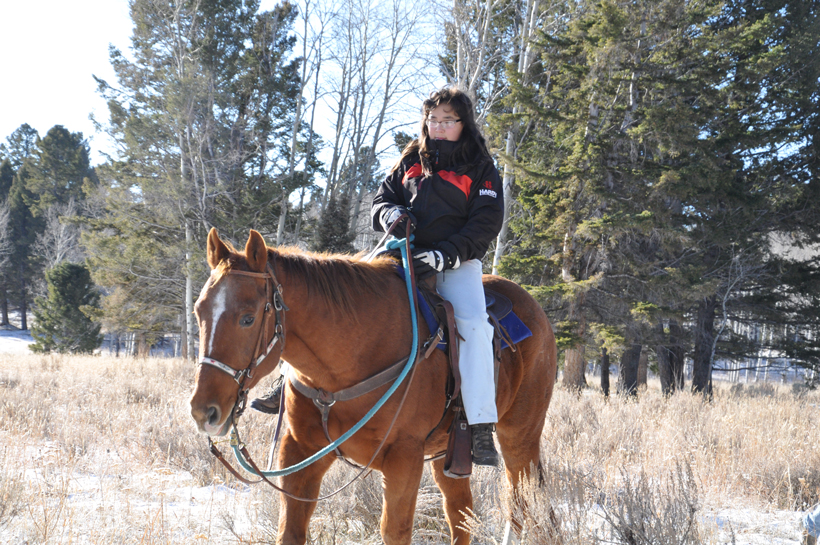 We use horses at our hunting camp to access the backcountry and to pack out meat. The opportunity to ride horses was a big draw when introducing Zoe to big game hunting.

About the time girls are old enough to take hunter education, they get more competitive at their sports or bail out. Their appearance and being cool counts a lot. If they are not good at something, they lose interest. For these reasons, we made a point to teach Zoe to shoot well at the range before looking for game. 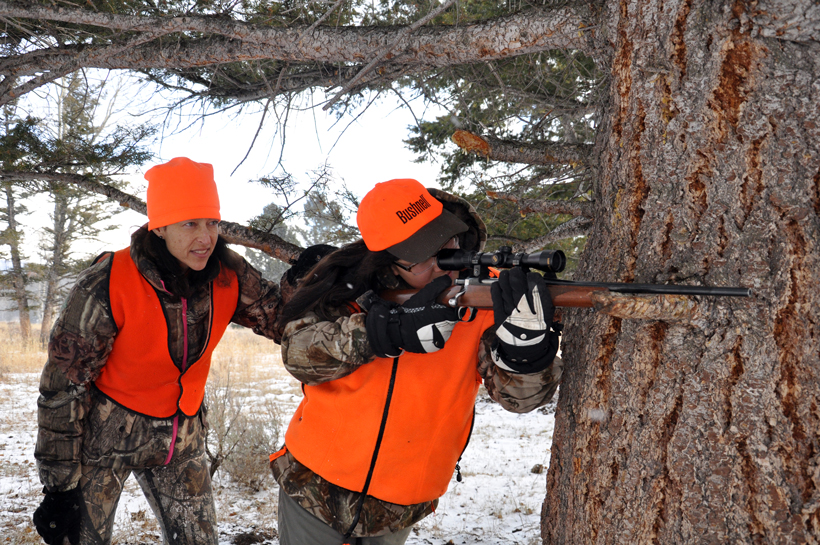 By giving her confidence with a firearm, it allowed her to concentrate on the hunt and gave her a higher chance at success. Since that first deer, she has hunted a number of times without killing an animal, but she knows that’s part of the game rather than a sign of failure.

While a girl would be as proud of bringing home a big rack as a boy, it is probably not her primary reason for hunting — it’s actually the meat. The art of preparing and cooking food is still strongly embedded in girls, starting from a young age via cultural influence and also learning firsthand by watching and helping her mother.

It’s a rare teenage girl who hasn’t spent time in the kitchen baking cookies and maybe even preparing entire meals. In fact, two-thirds of all women in the United States prepare food daily, according to the U.S. Bureau of Labor Statistics' 2012 American Time Use Survey.

Long before she was old enough to hunt, Zoe helped her father prep wild meat for our freezer. Perhaps some of her fascination with the meat comes from her ambition to be a veterinarian, but she is certainly proud when we dine on venison stroganoff made from her deer.

I used to be the only female at elk camp. Now I’m delighted to share that family tradition with my step-daughter. I look forward to hunting with her for many years, gabbing in the girl’s tent, trading camo with her and lending her hair-ties in the woods. It’s a girl thing!