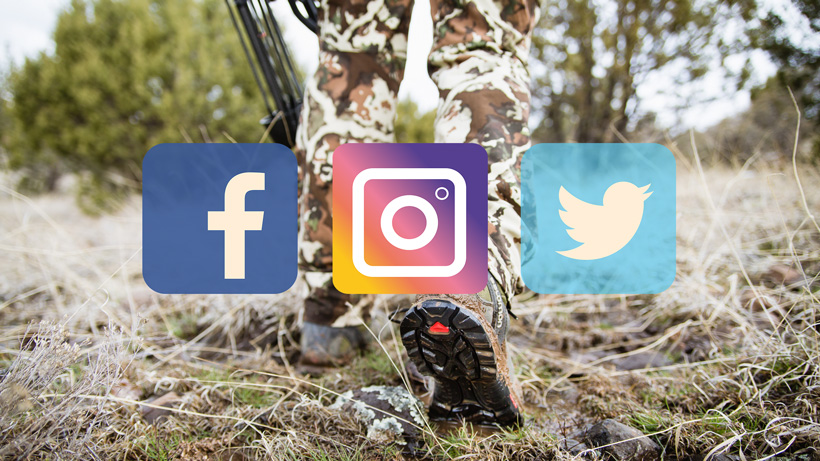 Whether we like it or not, social media is here to stay. Facebook, Instagram and Twitter have become prominent forces in the online world and make huge impacts on the hunting world as well. When I sit down to eat breakfast, I don’t watch TV anymore—I check all of my social media accounts instead, curious to find out how someone did on his or her mule deer hunt. Much like doing the dishes, these online powerhouses have weeded their way into my everyday routine.

Sometimes, it can feel like a second job trying to check them all, especially during hunting season when the flow of posts can become even more intense. This is when a flood of grip and grin photos takes over my newsfeed and I love it. Seeing other hunters’ success charges me up and I love being able to congratulate them immediately. The impact that social media has had on the hunting world is a big one and one that definitely deserves some discussion.

The ability to instantly connect with friends and family before, during or after a hunt is massive. It used to be that you made 15 or more phone calls to tell everyone the story of the hunt. Now, with the click of a button, everyone can see it at once and interact with it from there. What a time saver, right? No more having to tell the same story over and over again (at least not as much). Posts that share the "during the hunt process" are starting to increase in popularity, too, and always leave me wanting more! You can now follow along with your buddies’ hunts as they unfold as long as they have an cell phone service! It's a nice feature and a great way to keep everyone in the loop all at once. To me, it's almost like watching a version of reality TV—except I know all of the actors and actresses. 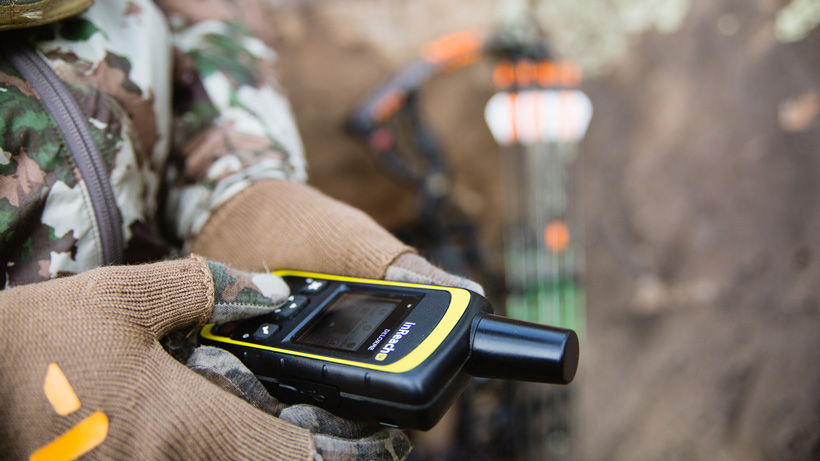 Social media has also given hunters a voice. A lot of us tend to be hermits and want to live in our own little world and do our own thing. I get that, trust me. When it's time to speak up though, it's time to speak up. Now, with the ease and accessibility that these websites give us, we can speak out about certain issues we are facing in the hunting community without even leaving the house. We are in a fight for our public lands at this very moment and thanks to social media, we are able to crush things like H.R. 621. Of course, the fight is far from over with our lands, but at least we are able to connect on these social platforms and get things done. We have strength in numbers and every Facebook or Instagram page lends to that strength. Please, remember that. Even if only one person sees a post that you shared on this very topic, that is one person more than before. It’s important that we continue to use them. 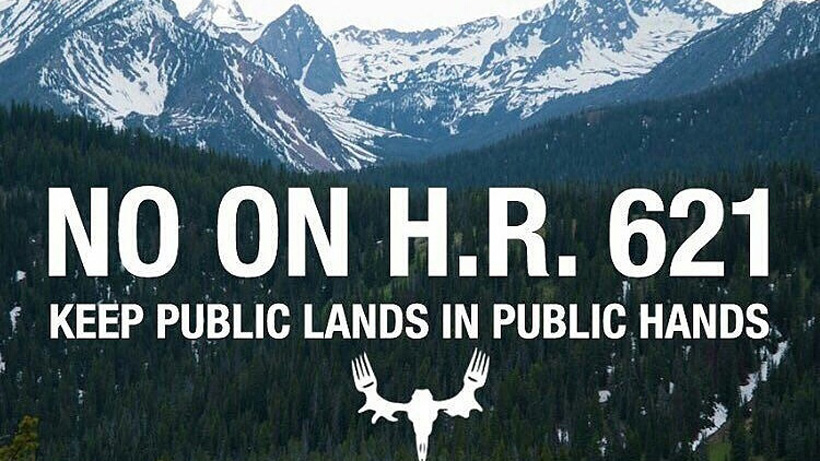 Unfortunately, as easy as it is for like-minded hunters to connect, it is also just as easy for the other end of the spectrum to make an appearance. The amount of hate and negativity that I have witnessed from the anti-hunting community is sickening. Bold figures in the hunting industry are receiving daily death threats and awful things wished upon their families. And for what? Inviting adventure and a pure source of protein into their lives? Personally, I have been called a coward and told to shoot myself in the face for sharing my success. I don't give these folks the time of day and block them from my page. The way that we respond to these malicious messages is going to make or break us. If we reply with the same malice, we are only stooping down to their level. Let's be the adults here and take the higher ground. 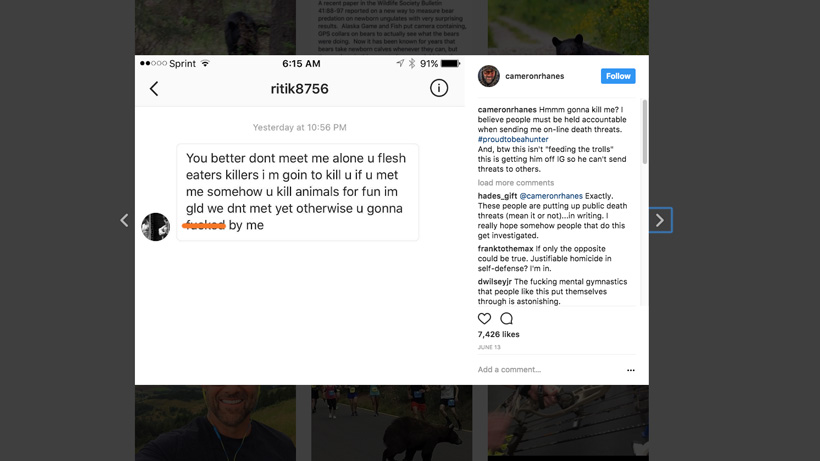 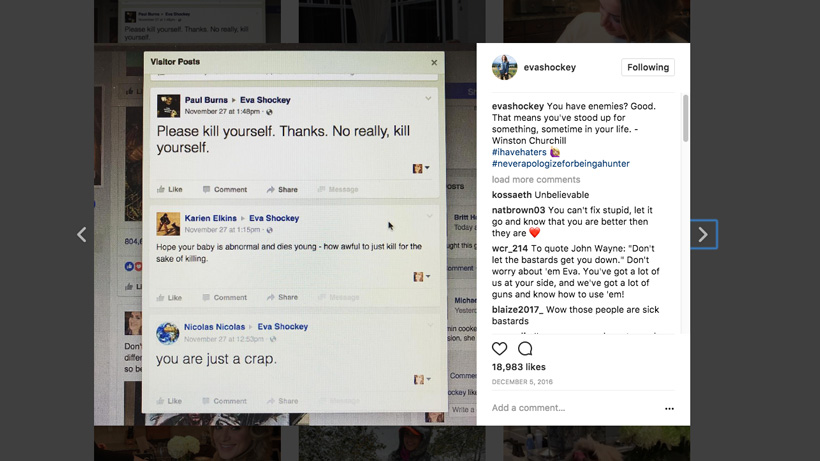 A new hunter is excited and posts a photo of his first bull elk ever on his Facebook page along with the score of the bull. He wants to share his success with all of his friends, family and fellow hunters—he has finally seen success and is as proud as ever. The positivity is flowing and he is receiving congratulations upon congratulations. Yet, there is always a few people who will start bashing him, arguing that his bull didn’t score what he says it did instead of congratulating him for his harvest. Who cares if it does or doesn't! Remember what I said earlier about strength in numbers? Showing that we can't even come together with something as simple as a young man harvesting his first elk is exactly what weakens us. This also goes for what we post as success photos. Posting pictures of open chest cavities, tongues hanging out, and arrows still sticking out of the deer not only gives anti-hunters the fuel they need, but it also shows a lack of respect for the animal and the hunt. We need to use social media as a place where we join together, not as an octagon for fighting. 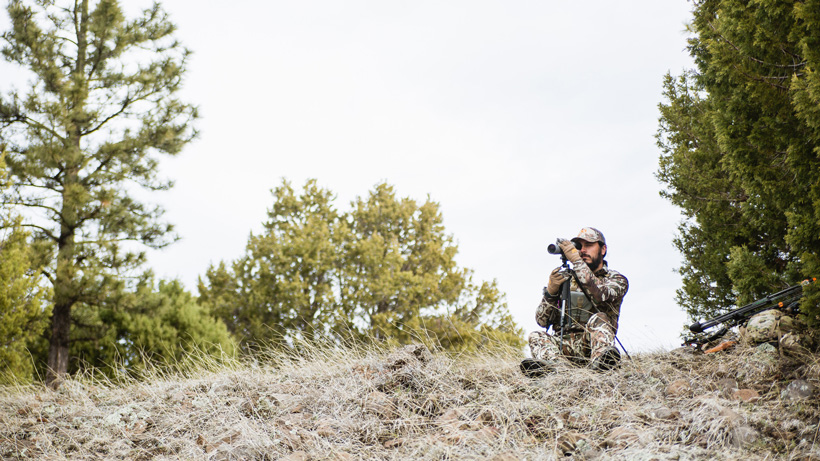 It is now easier than ever to connect with your favorite brands in the outdoor industry thanks to social media. Posting a photo and having your favorite bow company chime in to wish you well builds nothing but confidence. It also creates an even stronger loyalty to that particular brand. The "hunting for a living" dream is alive and well on all of the social platforms. Rightfully so. Who wouldn't want to quit their job and hunt for a living? I think we’ve all considered that idea at least once or twice.

Personally, I think that searching for relevance online is neither a good or bad thing. We work hard in the field and want to share our success. I love sharing stories and thoughts online with the hopes that I inspire other people to get out there and make their dreams a reality. Remaining ethical while doing these things is important. I suppose social media can be a great outlet to "do things the wrong way" though and try to get your piece of pie. In no way am I advocating one do so. My advocacy is going to rest in the realm of doing and sharing things because you live it and love it, not to "hit it big."

Whether you are someone who likes to connect with family and friends or someone who runs their business through social media, you cannot deny the impact it has made on the hunting world. For the most part, it has been positive; however, positive wouldn't exist without negative. Which end of the seesaw that hits the ground is ultimately in our hands. We have a responsibility to represent hunters and hunting in a positive light for generations to come. Be tasteful with your success photos and try to think with your head and not your fists when it comes to responding—or not responding for that matter—to grotesque anti-hunting comments. We are the ones in the driver's seat, so let's have a nice drive and enjoy the adventure.