Geoff Rowley is very well known in action sports. He is an English professional skateboarder, co-owner of Flip Skateboards and owner of the Civilware Service Corporation. Geoff has been called on of the most influential street skateboarders of all time. He also is a passionate hunter and conservationist — creating an engaging film in the process.

The film was directed by Ryan Allan and produced by Civilware in conjunction with the Wild Sheep Foundation (WSF). This short film focuses on the conservation of desert bighorn sheep via a $15,000 donation from Geoff Rowley to the WSF's “Take One - Put One Back” program.

We had a chance to ask Geoff a few questions on hunting, conservation and what is next for him.

What was the first hunt you went on?

The first hunt that I remember was a Red Deer hunt in the Lake District area of Northwest England, I tagged along with my good friend who was working for the forestry commission. No blood was shed.

Why did you go on your first hunt?

For the experience, I’d already spent a little time predator calling just for fun and really got a kick out of getting close to game without it knowing I was there. It was the stalk that got me hooked. For years I would just go out strictly to further my knowledge of the animal in pursuit, most of the time without packing a weapon or firearm. Until one day I had two cougars rushing through brush around me and all I had was my fists, after that I always carried at least a good fixed blade and usually a firearm.

How important is conservation for you?

It’s paramount to the future of everything we hold so dear.

What motivates you to give back to hunting and conservation?

It’s our duty to give back, we’re no longer afforded the luxury of turning a blind eye to wildlife management; and the role hunting plays in society. It’s an active role and one that we as hunters must lead the charge on.

What do you consider to be the best ways to stop the spread of diseases to wild sheep?

Separation of wild sheep herds from domestic sheep and goats operations, and also educating a broader audience on the problems. The importance of acting fast when the disease is found cannot be overstated, an active and "ready to go" solution that works across state lines is paramount, funding is also an issue.

How can we (every hunter) do more for conservation?

I think every hunter does a lot for conservation, but I think the time has also come to actively participate in bridging the gap between anti-hunters, wildlife management agencies and active hunters. I think it’s up to us to stand up and fight for the well being of these game herds. I know I'm not the first one saying this… but we as hunters spend more time in the field in this country than any other single demographic, and we pay for the luxury of having that time.

We have firsthand knowledge of the problems these animals face but we have the road block from the anti-hunters know don’t trust our motives. Well what if the way that they view our motives changes? What if we actively seek to educate the general public on what it is that we do, and have done, since Roosevelt laid the foundations for our hunting heritage. I think it’s possible to change the way people view what it is that we do; but it’s not by responding to the generally negative media onslaughts that aren’t based on sound research, or fact. In short… we have the tools to do the job, let’s use them.

What do you think needs to be done to get more of the public involved in conservation related projects?

A broader initiative, something that involves larger communities and regions. Bigger events, and a more cohesive message from the industry.

What's next? Do you have another video project in the works? 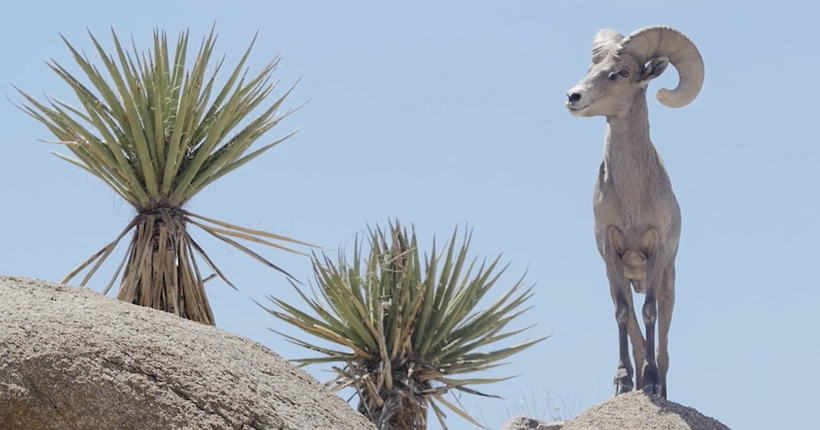 Just starting to scout for the next sheep season with Jake Franklin at Kika Outfitters, setting a bunch of trail cameras in the coming months… and hopefully finding some huge rams. Also finishing off a skate video project for Vans, and we just started to grind our own knives at our manufacturing facility for Civilware here in Long Beach, so flames will be flying and metal will be grinding. We’re filming the whole manufacturing process and so that’s the next video I’m focused on, after that I’ll be on the road doing TV commentary for the Fox Sports 1 Street League event until early October. Then it’s hunting season again… life is good!