Regret and joy from a hunting experience 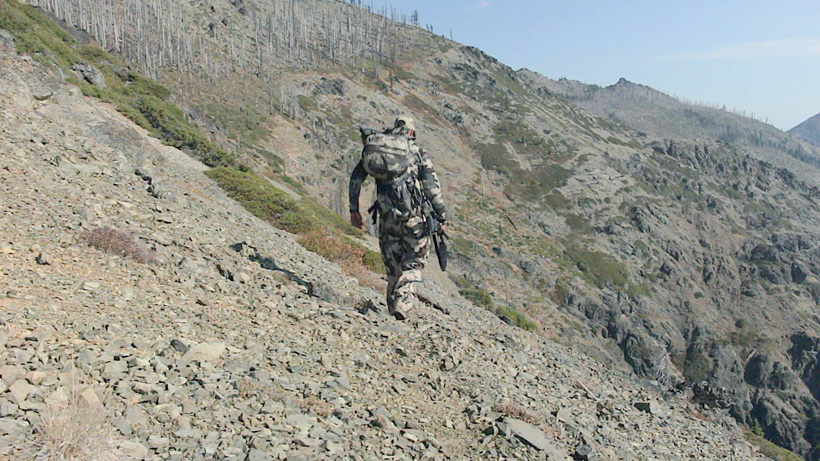 I carefully dissected the 20 yards that lay ahead of me, and precisely took each step. Cautiously, I placed my foot between two twigs and shifted my weight, feeling small pebbles through my wool socks. The cool, steady breeze in my face carried the pungent odor of elk. With my heart pounding, I focused on regulating my breathing and slowly stalked forward. My destination, a small rock outcropping that overlooked a bench below, felt hours away.

The bull that I had been chasing for five days stood feeding there, still out of sight. Keeping a low profile, I finally reached the rock and peered over the edge. I felt the thermal current coming up the ridge into my face and the late morning sun on the back of my neck as I scanned for elk. Within seconds, I spotted him, still feeding and unaware of my presence. I took a moment to admire him through my binoculars and tried to calm my excitement. I took a yardage reading, found a solid rest and settled my crosshairs.

While looking through the scope, I reflected on the time that I spent at the range, and what I had learned in practice. Breathe. Squeeze. The report of my rifle echoed off the rimrock and filled the canyon. The bull was down. I chambered another round and watched him though the scope as a surge of adrenaline and emotion overcame me. As I picked my way down the ridge to where he lay, I considered what I had achieved. With an over-the-counter tag on public land, I had harvested a respectable bull in remote country. I was persistent in my pursuit, constantly battling doubt as well as the wit of a creature who called this rugged place home and I had caught him off guard. As a hunter, this is what I work for all year. 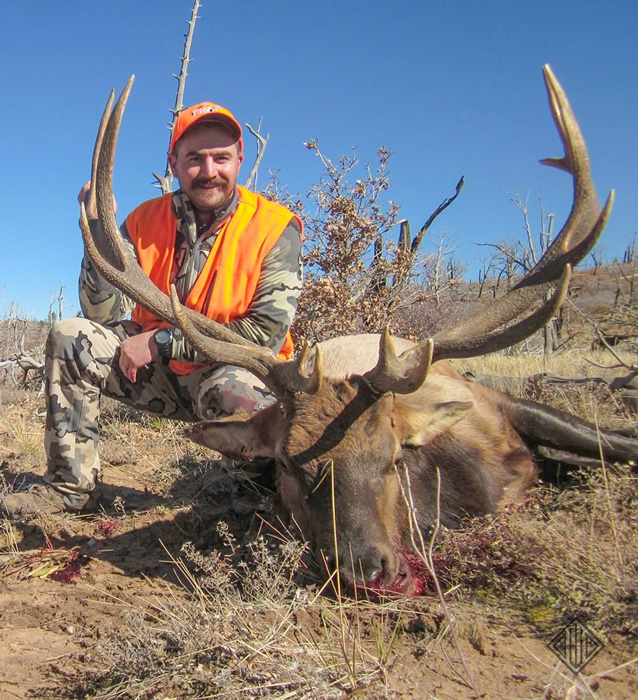 Upon reaching the downed bull, I was awestruck. The size and beauty of this animal and what he represented to me was overwhelming. I knelt beside him, my hand on his back and thanked the Lord for what he had provided. A wave of conflicting emotions of joy and sadness overcame me. The sense of accomplishment coupled with the loss of life is present at the end of every successful hunt. This magnificent and pure animal lived wild and free and I was the one to end his life.

I set up my tripod and put my camera on a timer and took some photos to commemorate the experience. In the pictures, I am smiling on the outside, on the inside I am both happy and feel for the animal’s life I just took. I spent the rest of the day and half of the night deboning and packing out meat. When I finally crawled into my sleeping bag, the events of the day ran on a loop in my head as I drifted off to sleep. 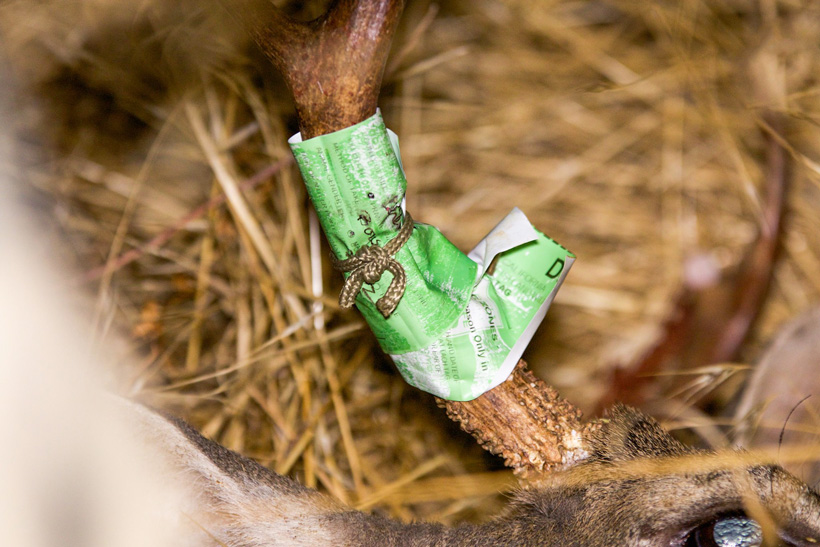 As hunters, we must respect the animals that we pursue. As stewards of wild game, we follow an ethical code and devote time and money to the preservation of species. With recent events such as the Cecil the Lion fiasco comes a great deal of negative publicity for hunting.

Social media gives people a unique opportunity to speak their minds in ambiguity and many hunters are feeling the wrath for posting “trophy” photos. Death threats and suggestions of suicide are common themes expressed by anti-hunters. People who do not understand hunting assume that those who hunt enjoy killing and inflicting pain; that hunting “for sport” exists merely because those who hunt are barbaric. They are quick to paint us as cruel and bloodthirsty sadists who take joy in killing. For most hunters, this could not be further from the truth. 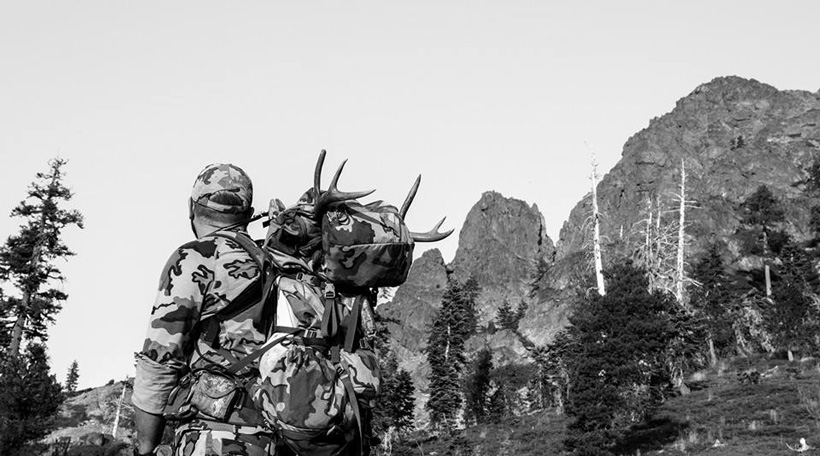 We have great admiration and respect for the animals that we pursue. The act of killing an animal is a somber experience, yet we find joy in the pursuit and in the culmination of hard work and preparation. It is a paradox that is difficult to explain to those who have not experienced it. The time and effort is invested with the goal of killing an animal, but the real reward is found in the experience as a whole. The added reward of wholesome meat for the table, and the knowledge that it was earned honestly, cannot be found in any grocery store. 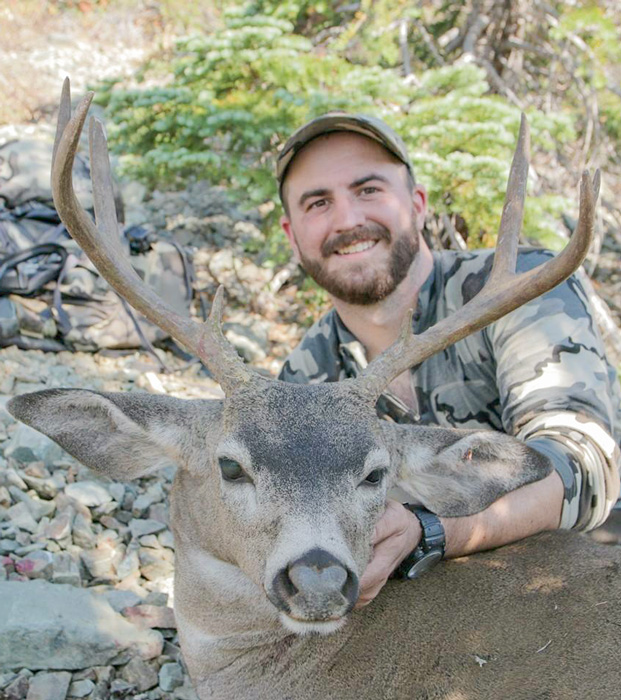 Luke with a California blacktail buck.

Hunters are often criticized for smiling in a photo with a dead animal by those who do not understand the process. The “grip and grin” photo is probably the most prominent trophy photo. “Why are they smiling?” For those who have never experienced it, this is a reasonable question and one that is difficult to explain. Most hunters will agree that the joy and the smile are not a result of taking a life and displaying dominance, but rather something deeper. 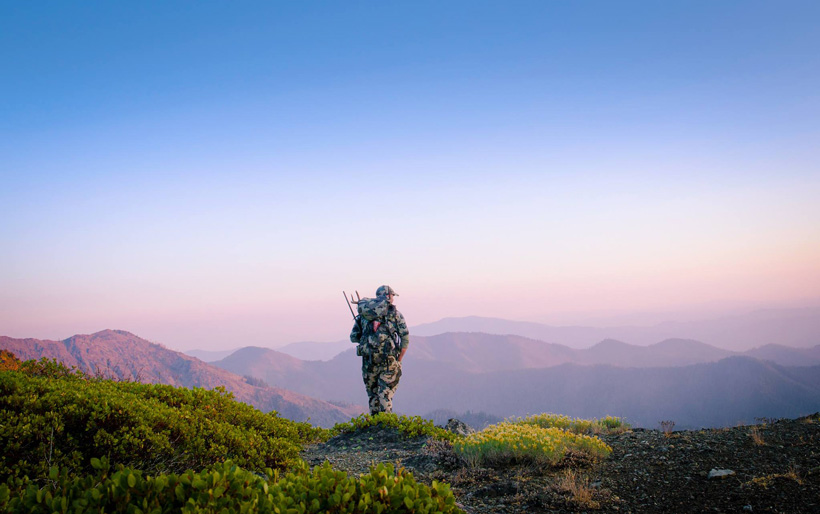 I do not hunt because I enjoy killing. I hunt for the places it takes me and to take an active role in the natural process. I hunt because I am a predator by nature; it’s in my blood. Throughout nature, living things die in order to sustain other living things. I take pride in the harvest. Yes, it is easier to go to the store and pay for meat that someone else killed, but the animal still had to die in order for it sustain someone. 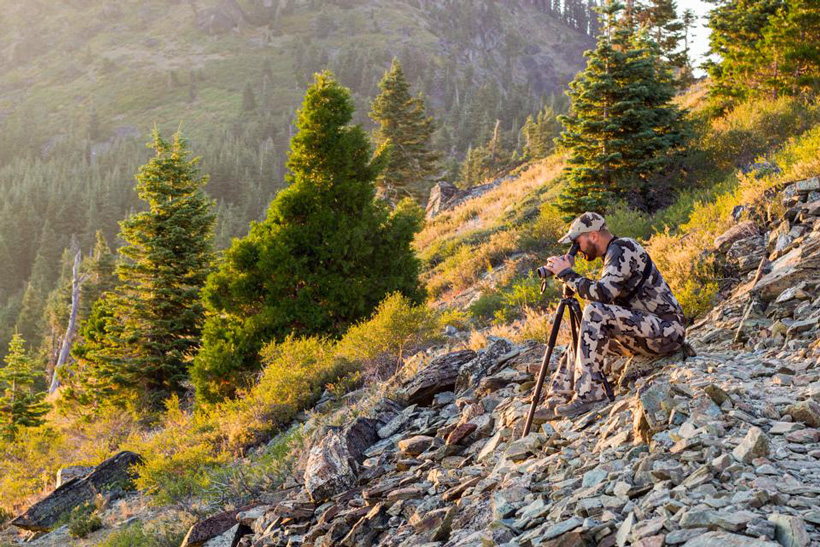 I have the utmost respect for the wild and free animals that I pursue. They are majestic, and have “more freedom than I will ever have,” but “I take that life if I can, with regret as well as joy, and with the sure knowledge that nature’s way of fang and claw and starvation are a far crueler fate than I bestow.” Death begets life, and I take joy in living the hard way.