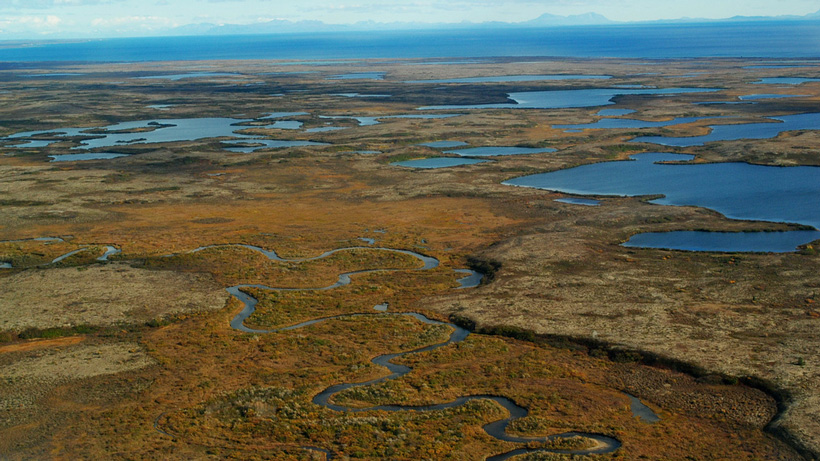 Alaska is a land of giants. The largest bears in the world inhabit its landscape, it is the largest state in the union and it is home to the largest sockeye salmon run in the world. These red salmon are the epitome of spring for Alaska’s coastal and riparian interior regions as well as the stout-hearted folks who call this habitat home. Like sunlight burning the hibernation off a snow-caped territory, the genus Oncorhynchus represents fresh red blood flowing into a dormant heart and granting life. These anadromous fish practice natal homing much like the fishermen who return to their boats season after season to chase chrome cash that is the lifeblood of the Great North’s economy.

These seaside communities flourish throughout the summer months, giving outsiders a glance into the boom and bust institutions that fueled the growth, settlement and statehood of America’s icebox — a glance that does not always show the realities of life for those who call the 49th state home. Having lived seven years of my childhood in a community only accessible by boat or plane has given me a unique opportunity and perspective into the lives of those who depend upon a fishery and its landscape for survival. My own family was fortunate enough to have two steady incomes throughout the year; however, many relied upon the gamble of the spawn and the run.

The men and women who work the commercial fisheries of Alaska operate some of the longest and most strenuous jobs in all blue collar labors. Over 14,000 jobs rely upon Alaskan fisheries — thousands of residents and multiple indigenous communities who have inhabited the area for thousands of years. Now, much that once was in the greater Bristol Bay ecosystem has a shadow of doubt cast over its future.

The proposed Pebble Mine at the headwaters of Bristol Bay is a project that can be traced back to the late 1980s with the discovery of great mineral deposits in the Pebble area. Over the years, the land has changed ownership, certain land rights have shifted and a few select special interest groups have sought to stake their claim. The initiative is now led by the Canadian mining company Northern Dynasty. The deposits at Pebble have been stated to have the potential of being one of the most important mineral resources in the world. With copper, gold and molybdenum being the main three minerals so far discovered there, prospects for a massive open-pit mine were extraordinary. In 2013, the Environmental Protection Agency (EPA) issued an assessment of the water quality in Bristol Bay that many thought would lead to the end of the project. However, in July of 2019, the 2013 EPA determination was removed and a new assessment was called for. In July of 2020, the Army Corp of Engineers released their final environmental impact statement that seemed to be a victory for the mining company, which set the stage for the mine to receive the pertinent permits to break ground on the project. This statement came as a shock to many, causing a resurgence of outcries against the mine, including, but certainly not limited to, Donald Trump Jr. who issued a tweet in support of the natural beauty and fragility of the ecosystem.

On Monday Aug. 24, 2020, the Trump Administration announced that they would not be issuing the Clean Water Act permits necessary for the mine to move forward. However, this is not the complete end to the mine as the company still has 90 days to reissue their application for how they would mitigate the effects of the mine. Furthermore, the Army Corp of Engineers released a statement saying that the proposed mine would “likely result in significant degradation of the environment and would likely result in significant adverse effects on the aquatic system,” citing Section 404 of the Clean Water Act as biases of rejection of permits.

Although many conservationists consider this to be a victory, this battle has been ongoing for over 30 years. Many who have watched this project progress will tell you that many times they thought it was over, only to be stunned when a new assessment was released or a decision changed. The fact of the matter is that the Bristol Bay watershed’s future is still unknown. Learn more and take action here.

The $1.5 billion fishing industry faces the industrial titan of mining. It’s a daunting task. Observe the northern coasts of California that once allowed industries such as mining, logging and energy to throw needless caution to the wind concerning the natural world. Many great fisheries that once held sustainable salmon runs now struggle to produce even a fraction of their past bounty. When the salmon runs die the rest of the ecosystem struggles to survive. The responsibility of science-based wildlife stewardship falls upon the current generations to look back and take action to avoid purposeless calamities.

To help make your voice heard, below is a link to sign a petition against the Bristol Bay Pebble Mine.