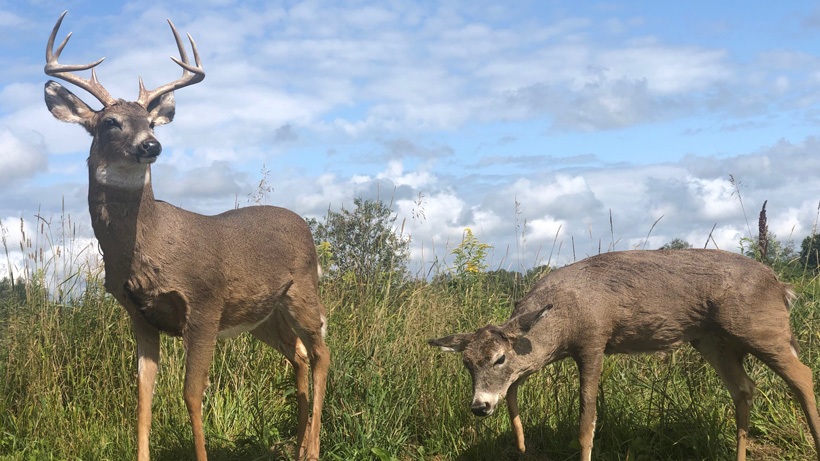 The two-lane black-topped highway bisects private land. On one side, cows use the grassy pasture for grazing. On the other, during any given day of the week, you can find a herd of elk doing the same thing. While this seems like an ideal scenario, if you don’t have permission to hunt the private property and it’s after hours or offseason, then shooting one of these animals is illegal. Unfortunately, quiet roads like these often create perfect opportunities to test a person’s moral and ethical wits.

In 2019, over 1,000 cases of poaching were reported by the Utah Division of Wildlife Resources (UDWR). In Colorado, wildlife officers issue about 3,300 poaching citations every year and, in Montana, nearly 4,000 citations were written for poaching big game between 2000 and 2009. 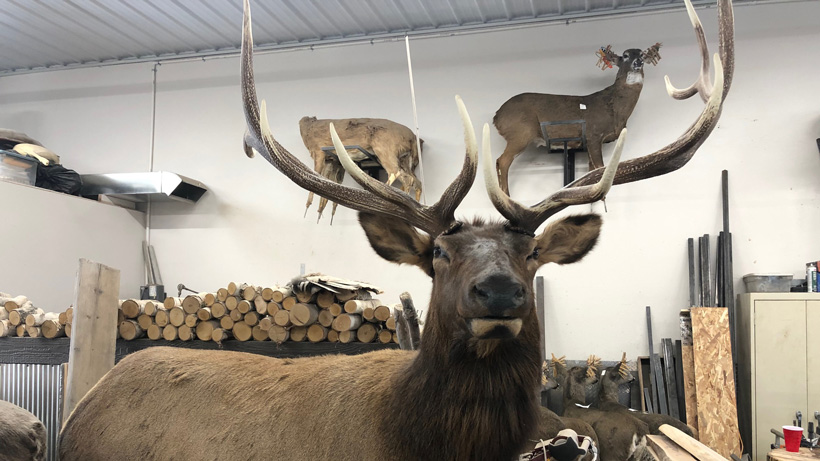 “My job is to change behavior and correct people so they don’t continue to make the same mistakes and become violators,” says Kqyn Kuka, Region 4 game warden for Montana Fish, Wildlife and Parks (Montana FWP).

But if they do, Kuka, Bettridge and other game wardens have a series of tools that they can use to help curb poaching or wildlife criminal behavior and put people back on the right path. These include writing tickets or warnings, jail time or taking away hunting and fishing privileges. While similar to other law enforcement tactics, one tool that is unique to wildlife officers is the use of animal decoys. Across the U.S., wildlife agencies utilize animal decoys to catch poachers in action and, hopefully, keep them from doing it again. Montana FWP has a variety of bird, furbearer, grizzly bear, antelope, deer and elk decoys to use when necessary. In Utah, game wardens have elk, mule deer, bobcats and turkey.

“We’re in the process of trying to get antelope decoys,” says Bettridge. “As many of the species we interact with, if we can come up with a decoy, we try to work that out.” 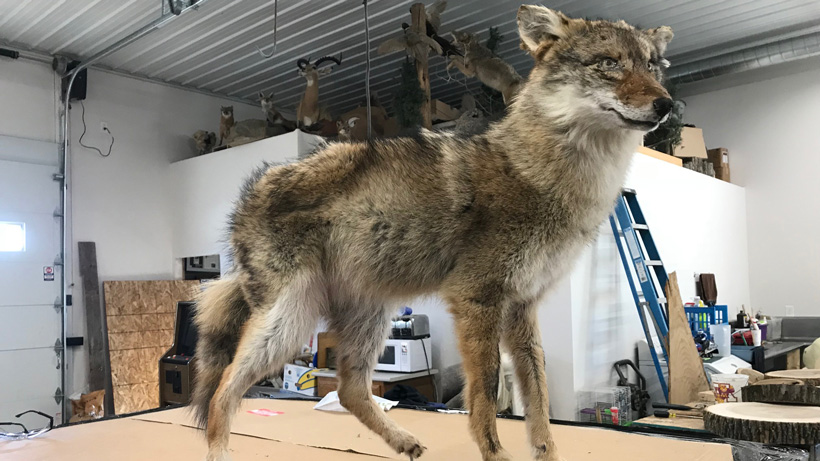 Brian Wolslegel has been creating custom robot decoys for the past 26 years and 85% of his clientele are law enforcement. His line of robot decoys starts around $250 for small game and birds like pheasant or turkey. Big game animals like elk, moose or bear range in price from $1,575 to over $4,000. He also creates robot wolves, coyotes, feral hogs – even grizzly bears. And all of them run on batteries.

“You name it, we make it,” says Wolslegel. “Anything as big as a moose down to a pheasant or rabbit.”

Game wardens take hides either donated by local organizations like the Mule Deer Foundation or other hides recovered during investigations and hand it over to taxidermists so it can be made into a decoy. State agencies that want a robotic one turn to Wolslegel who says the process for his robotic decoys begin the same way: first, he makes a taxidermy mount. However, after it dries for six to eight weeks, that’s where the similarities end.

“Most taxidermists call a customer to come pick up their deer head or mount to take it home, but we start cutting it up into pieces,” says Wolslegel. “Once it's dry, we're able to cut the deer, head, tail – whatever the officer wants to move – and then we start installing the robotics into it.”

His first robotic decoys used RC car motors. Since then, he’s developed other ways to make the decoys move, but it’s been a long process and Wolslegel says that he has, “a cabinet full of mistakes.” But that’s all part of the learning process, especially since Wolslegel is self-taught and always ready for a challenge.

Because of the expense to obtain wildlife decoys – robotic or stationary – Utah incorporates repair costs into the restitution fees that convicted poachers are required to pay. State agencies can also apply for grants that help cover the cost. Bettridge recently received a grant for $2,000 from International Wildlife Crimestoppers for two bobcat decoys. 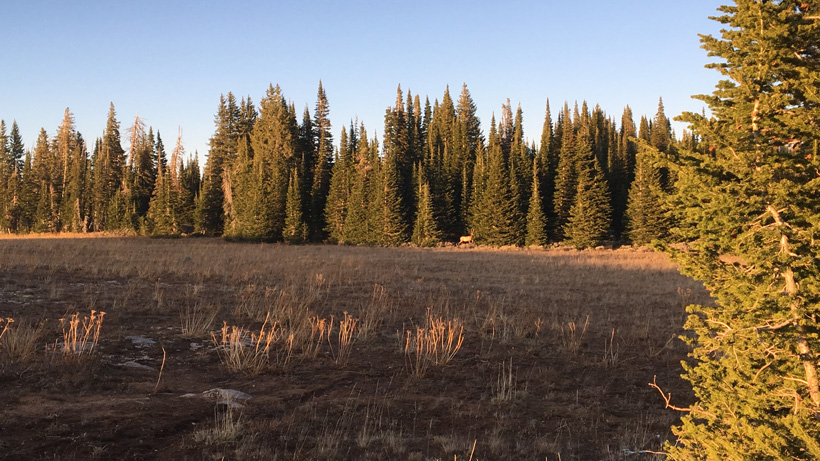 Decoys are used to target an area, not a specific person, and big game decoys like elk, deer and moose are used primarily in the fall during hunting season. Kuka says that decoys are used after other tactics, such as increased officer presence and increased ticketing, doesn’t send the message.

“We need to start being more proactive,” says Kuka. “For example, we have a public highway that goes through this really big private property ranch on both sides; lots of animals on both sides. In just this year, during hunting season, three people stopped on the road and shot and got in trouble for it. We thought that would be a great place for a decoy because we’re saving the resource and it will start to spread the word: don’t road hunt on that road; there are game wardens.”

When a decoy is set up, game wardens must follow specific safety protocols. In Montana, a minimum of two officers must be present and careful staging means that there isn’t anything in the line of fire should a would-be poacher decide to shoot. Decoys are also not usually trophy-sized animals. The idea is not to add to temptation, says Bettridge, but, instead, catch anyone who would willingly shoot at a random deer or elk or other animal and disregard hunting laws and regulations. In fact, UDWR regularly meets with prosecutors and judges to go over how and where the decoys will be staged. 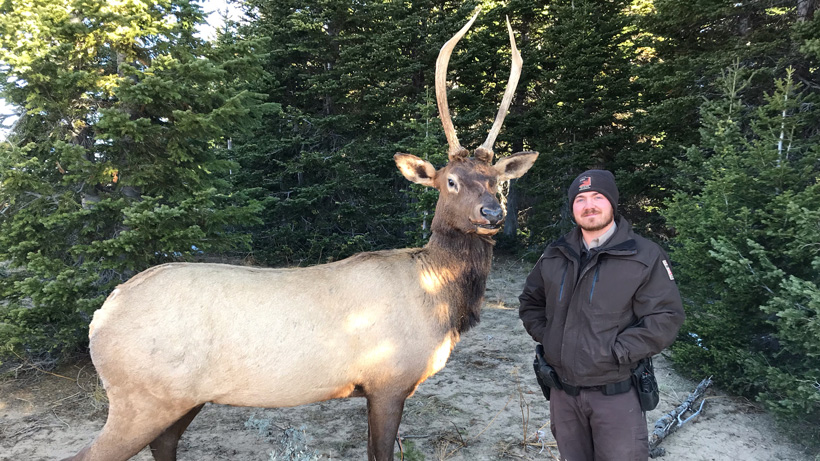 While each situation is different, decoys can be very effective in deterring would-be poachers – either because someone shoots at the decoy and is arrested or because rumor spreads that game wardens are monitoring certain areas. Either way, it makes for decreased temptation and gives game wardens another way to combat poachers and stop wildlife crimes before they occur.