Not the bucks you are looking for? 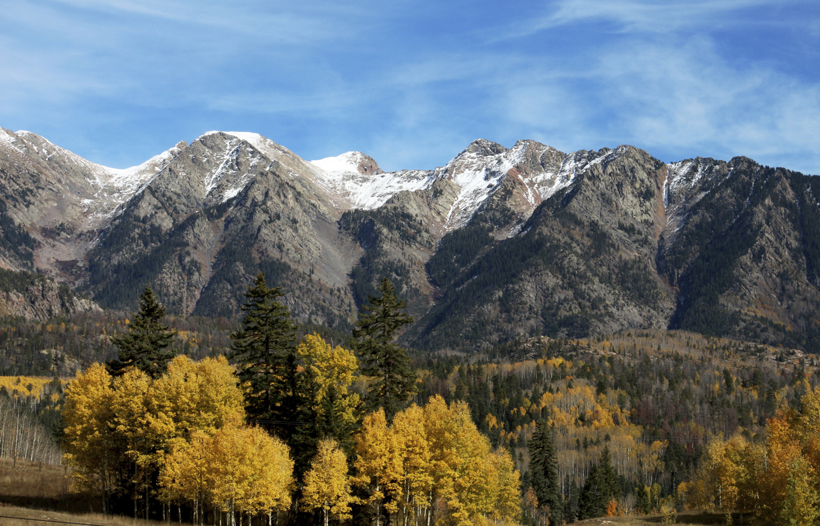 We recently had the chance to talk with Brian Dreher, Senior Wildlife Biologist for the Southeast Region of Colorado to set the record straight about trophy class management. Not only was he able to answer some of our burning questions about big game population, it turns out he’s an avid hunter and bighorn sheep enthusiast himself.

goHUNT: We hear you’re into bighorn sheep. Can you tell us why?

Brian Dreher: You need to hunt them, I think, to get a full appreciation of the species. I’ve studied them for most of my career and I must admit they’re pretty amazing. There are lots of crazy sheep fanatics out there. I belong to the Rocky Mountain Bighorn Society here in Colorado and it’s full of a bunch of sheep nuts. Sheep are fun to hunt and they live in amazing places. I’ve hunted them with a bow and in 2016 I’m planning on going to Alaska and trying to get a Dall sheep. I’m one of those nuts myself. 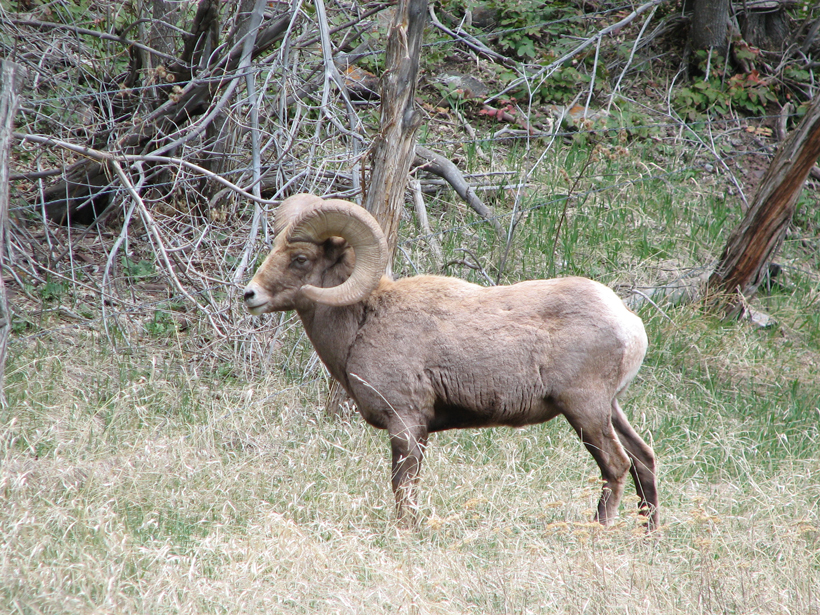 GH: So you’re a hunter as well as a wildlife biologist?

BD: I mostly bowhunt, and I’ve hunted ever since I was a kid. I’ve gotten six species with a bow in Colorado, the only thing I need to get that I don’t have with a bow and arrow is a bear, a lion and a mule deer. I’ve gotten sheep, goat, moose, elk, and whitetail deer here. I’ve also harvested caribou in Alaska. I love it — it’s my passion for sure. I’m going to chase elk at the end of September in new country for me as well as some other hunts.

GH: Something all hunters wonder about is why there are certain areas that consistently produce big bucks and others that don’t. For example, there’s Eagle County in Colorado. What’s the secret there?

BD: I don’t know a lot about Eagle County in particular, but I get that hunters want to know where they can go to harvest something with a big head. The message I want to get across is that our biologists don’t consider score [for bucks and bulls]. Score is something that’s very hunter-centric and it’s really not in our world. I really like that too because there’s a lot more to hunting and the pursuit of game than just the score. But that’s my own personal opinion. 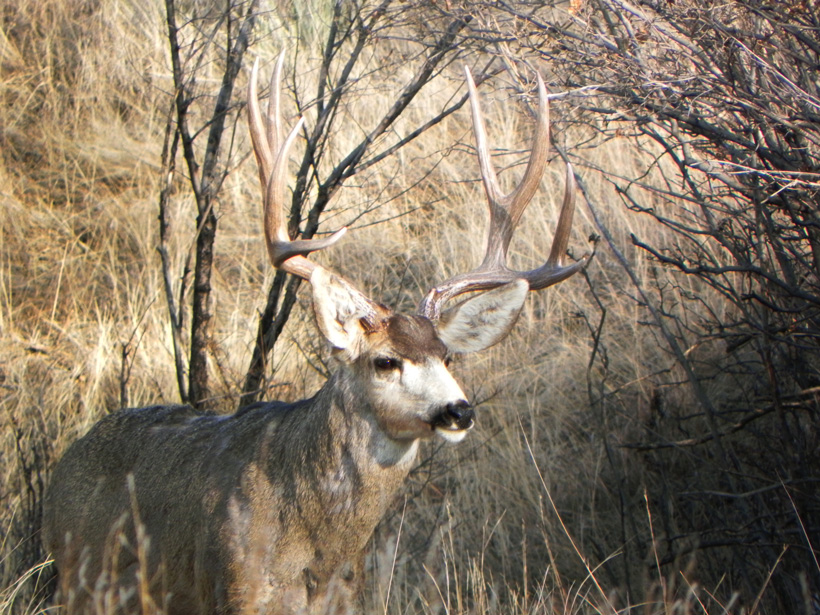 GH: So then what’s the status quo for producing trophy bucks (200+) on a regular basis? Do units ever manage for particular sized bucks and bulls?

BD: It’s not that we don’t care about score, but truly what we are managing for is opportunity. Across the state we manage for hunters’ access to a resource. In some instances, we want to provide a wide range of opportunities that go from easy access to the resource, meaning that there are high license numbers, high ability to hunt these deer, which would generally translate into probably fewer trophy bucks. But we also want to have some places in the state where you can have a really great trophy hunt. I think we do that for folks. But our interest is in managing for everybody, not only people who are interested in those trophy deer. They’re very valuable constituents but there’s also the guy who just really loves to hunt deer and wants the opportunity to take his kids out to hunt deer. They’re not really interested in what they harvest, they just want to have a chance to do it. We can’t preferentially treat one group over another. Our goal is to manage a resource, so that’s the key. 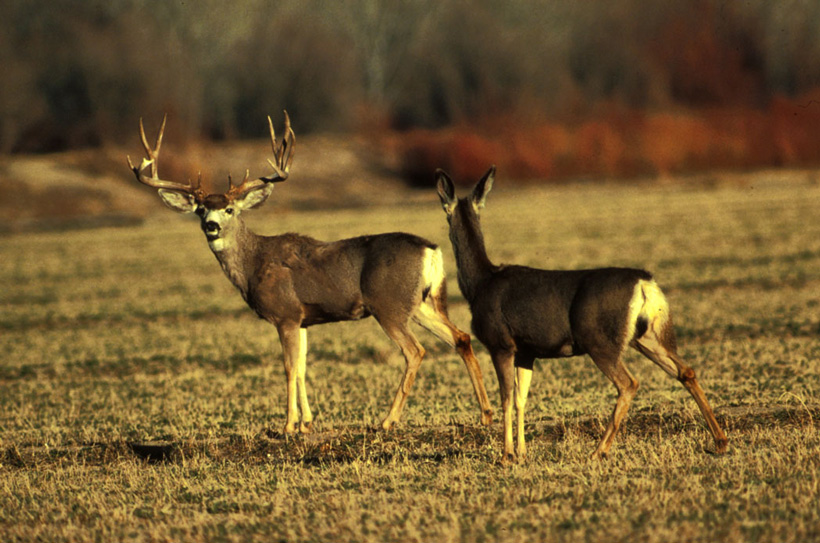 BD: When you look the ratios, I don’t think a certain buck-to-doe ratio guarantees anything with size. But, what it does tell the hunter in general is the proportion of bucks you might see in the population. So, in general, if you’re hunting in a population that has 20 bucks per 100, you’re going to encounter fewer bucks than if you were hunting in a population that had 35 to 40 bucks per 100. Because of the higher buck-to-doe ratio, in general, it would suggest that there’s a higher likelihood of more mature bucks in that population. 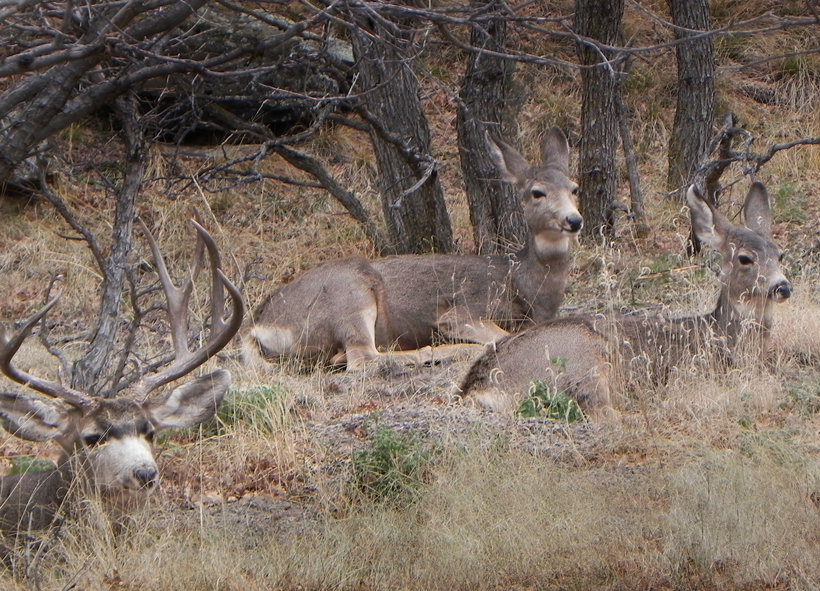 A higher proportion of bucks means the potential exists for older age-class deer which might be more trophy quality. But then if you have a low buck-to-doe ratio, I don’t want to say there are no trophy-sized bucks there. We have a DAU [Data Analysis Unit] locally here that doesn’t have a very high buck-to-doe ratio, it’s in the mid to higher 20s. But there are some tremendous bucks in that population. What I don’t want anyone to come away with is thinking that because it’s a low buck to doe ratio that means it’s just a year and a half old bucks and I’m not going to see anything worth shooting as a trophy hunter. I don’t believe that to be true at all. You can easily have mature bucks in a setting where the management strategy is for a lower buck-to-doe ratio.

GH: Why would a unit manage for a lower buck to doe ratio?

BD: We might be managing for higher opportunity in those instances. If everything was in the 40 to 50 bucks per 100 does as an objective, we couldn’t let that many licenses go. We’d have to be super restrictive in terms of the number of licenses that we would allow. That means that people just wouldn’t get a chance to hunt deer all that often. We do have areas where we manage for higher opportunity. There’s a good, diverse range across the state of trophy quality versus maximum opportunity. 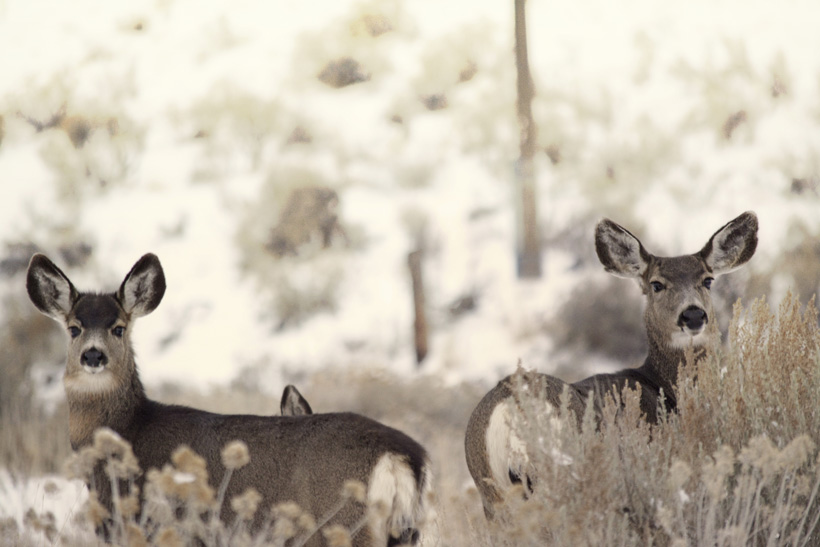 GH: What is the proper harvest success on trophy bucks to make sure they’re replenishing?

BD: We really don’t even look at that. When we talk about our ratios, we’re just talking ratios. We don’t differentiate whether the buck is a trophy or not. It’s just a buck. When we ask people to report, we just ask them “did you harvest a male or a female?” … Really what we want to know is if we’re still on track for meeting that buck to doe ratio objective. Whether it’s a trophy or not really doesn’t come into the equation.

GH: Is it possible to shoot out genetics if the tag quota is too high in a unit?

BD: This probably won’t be a satisfying answer for most hunters. This isn’t something that we [CPW biologists] really think about. I did my Masters work on bear genetics, but that’s not quite the same. There are two factors that actually factor into the potential trophy quality of a buck. Part of that is genetics, whatever their antler conformation would be, but then also there’s age. This whole idea has become big in places like Texas, where they really try to manage the genetics of a herd. We really don’t have the ability to necessarily do that. What’s generally forgotten about [when talking about genetic management] is that obviously the male contribution is there, but there’s a huge contribution on the doe side of things. That’s typically not talked about in wildlife harvest. The doe provides a fair amount of the genetic material. The whole idea that if we harvest all the mature bucks we’ll never have mature bucks again, I don’t buy that personally. There’s still a genetic reservoir sitting there in the does. They’ll pass on whatever traits they have onto their male offspring. So this whole genetic thing is not something we explicitly consider, but it’s something I hear a lot about. 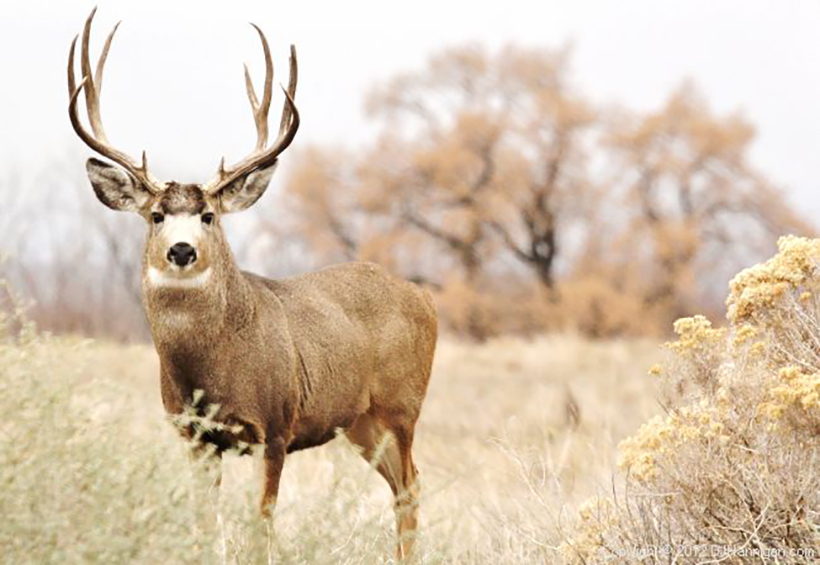 I’ll give a great example. Colorado is the only state where you can come and you can hunt over-the-counter for elk. The way we actually regulate bull harvest is by putting a four point restriction on our bulls. The restriction means that there needs to be at least four points or more on one side or the other. A bull elk typically gets to four points by two and a half years of age. So because of biology, most elk are going to achieve legal status to be harvested by two and a half years of age. What we’ve saved in that process are spike elk, elk that are one and a half years of age. They’re going to have a single spike that projects off of their heads this season, but one year later, they’re essentially legal bulls.

If this whole genetic thing were true, well, we allow people to shoot as many four point or more bulls as they can. It’s an unlimited number of licenses. We can do that because we’ve saved the spike component of the population that’s going to recruit and be legal in a year. But, we haven’t made a bunch of elk that aren’t four points. All they really need to get big is age, they don’t need any genetic modification. Maybe I’m not getting something or haven’t read enough literature on the deer side of things, but I don’t see genetics being a big factor on elk.

GH: What is the average age that a GMU needs in order to be classified as a trophy unit?

BD: We don’t classify game units as trophy unit. You would have to draw your own conclusions based on the buck to doe ratio. The term trophy doesn’t really come into our management plan. I mean, trophy, it’s obviously in the eye of the beholder. What’s a big trophy to one person is not going to be a big trophy to another. So it’s a personal preference issue and we stay away from that as far as I know. I don’t know of a place where we make statements like “this is managed for a trophy unit.” Maybe they are there and I just don’t know about them.

When some think of unit management, it's a common misconception for hunters to think that the majority of units are managed for trophy class bucks or bulls. When in fact game managers are solely focused on herd quality and opportunity. This information is great to understand because it shows that areas with trophy bucks are normally ones with healthy herds and great genetics. When you manage healthy buck to doe ratios, animals get the chance to have an increased antler size due to higher age class from proper management by the state. Genetics will always thrive it just comes down to how the herd is managed.

Disclaimer: The responses in this article reflect the opinion of Brian Dreher only. Though he is an employee of Colorado Parks and Wildlife, these do not necessarily represent the opinion of the entire agency.

behind the scenes Colorado Q&A The Life Parks and Wildlife