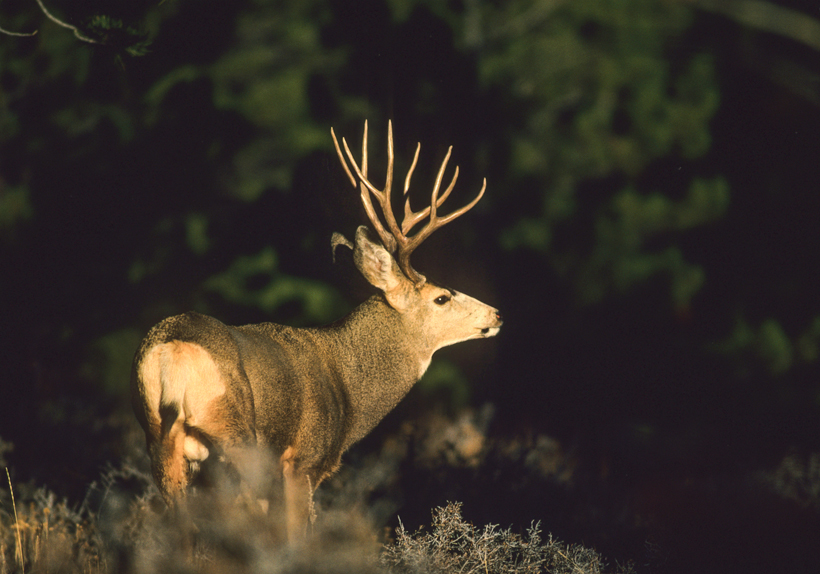 What happens when populations of mule deer are too high?

The Panguitch Lake unit in southern Utah, is dealing with a unique set of issues that rarely occurs across the West these days. According to the Utah Division of Wildlife Resources (UDWR), the Panguitch Lake mule deer population is too high and is causing localized damage to winter range along the western boundary of the unit.

The western boundary of the Panguitch Lake Unit is Interstate 15. This man made boundary runs north to south through nearly the center of the state and has almost completely interrupted historic migration routes for mule deer. Deer that once migrated from high elevation summer ranges out into sagebrush winter ranges to the west are now confined to a very limited section between the foothills and the interstate. This problem is further compounded by the fact that an estimated 70% of this deer herd spends their winter off the west side of the unit where temperatures, snow depths and elevations are more suitable. 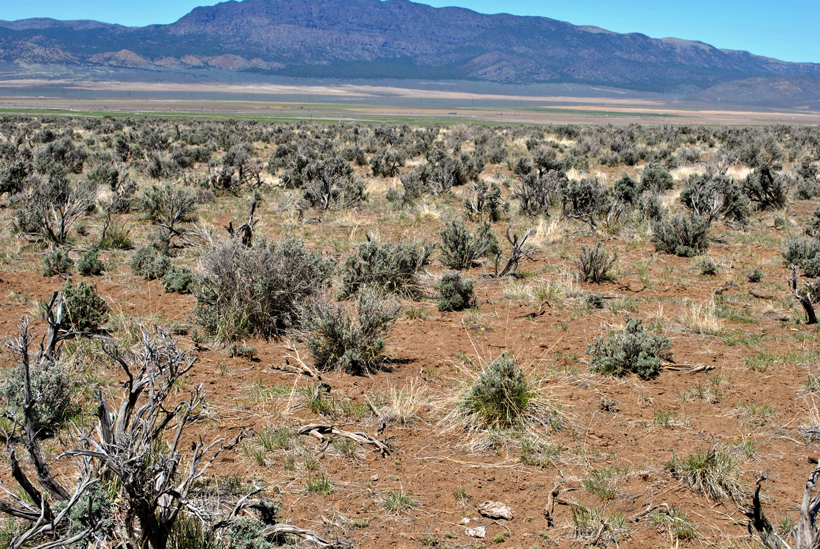 According to agency biologists, too many deer on too little winter range has negatively impacted habitat in this area. To deal with this problem and reduce habitat damage, the UDWR has historically issued a limited number of doe hunting permits. Although relatively unpopular with the public, hunting does was thought to be the most suitable option at the time.

In 2012, Sportsmen for Fish and Wildlife (SFW) started to express their concern with harvesting does and began to explore the option of trapping and relocating deer to surrounding units that had lower numbers of mule deer. Very little information was previously available in order to judge the efficacy of transplanting mule deer and the information that was available suggested that previous attempts at translocations had been very unsuccessful. Still, SFW was eager to try and continued to pursue the project proposal, eventually forming a partnership between SFW, Brigham Young University (BYU), UDWR and Utah State Parks to translocate deer and study the results.

The primary goals of the project were to evaluate the survival rate, causes of mortality, movements and reproduction of transplanted deer. Additionally, researchers were interested in using the results of the project to assist managers to determine if translocating deer is a viable option to address management issues, such as over utilized winter range or urban deer issues.

How did the study work? 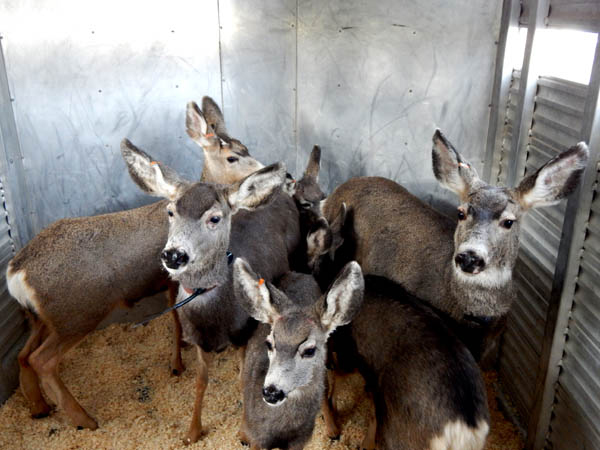 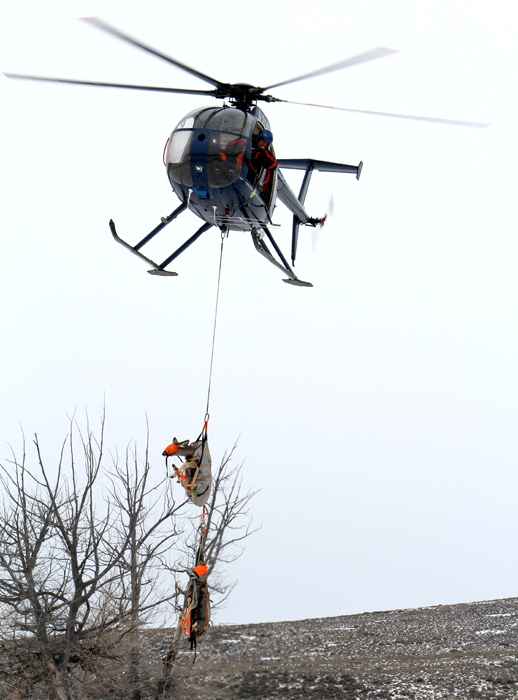 The Pahvant Unit was chosen specifically because it currently has a low deer population, but has had several large-scale habitat restoration treatments and shares similarities with the Panguitch Lake Unit like the north/south range and I-15 running as the western boundary. In addition to the deer that were moved, a control group of 50 does were caught and similarly collared on the Pahvant range. Researchers also evaluated each deer’s body condition by taking a rump fat and tenderloin measurement and recorded its weight and estimated age. 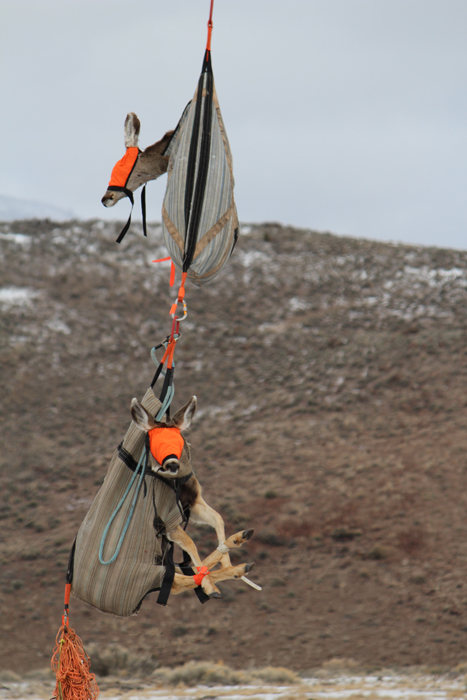 What did the study uncover?

Through 2013 and 2014 the collared deer were closely monitored by BYU graduate student David Smedley and some interesting results began to emerge.

The transplanted deer had survival rates of about 50% the first year and there does not seem to be any statistical difference between the group that was transplanted in January or in March. The majority of that mortality was due to coyote and cougar predation that occurred during the summer and early fall months, not with complications or issues associated with the capture. The survival rate of resident deer was 86%.

Home ranges for transplanted deer in their first year were significantly larger than resident deer. This may correlate with the increase in mortality due to predation. A larger home range equals an increased likelihood of predator encounter.

Things get more interesting the second year. Site fidelity (transplanted deer returning to same wintering location where they were released) was very high at nearly 90%. Also, the average home range of transplanted deer seemed to decrease in year two. Home ranges were still larger than resident deer, but did reduce and it is hypothesized that they will continue to reduce in future years. 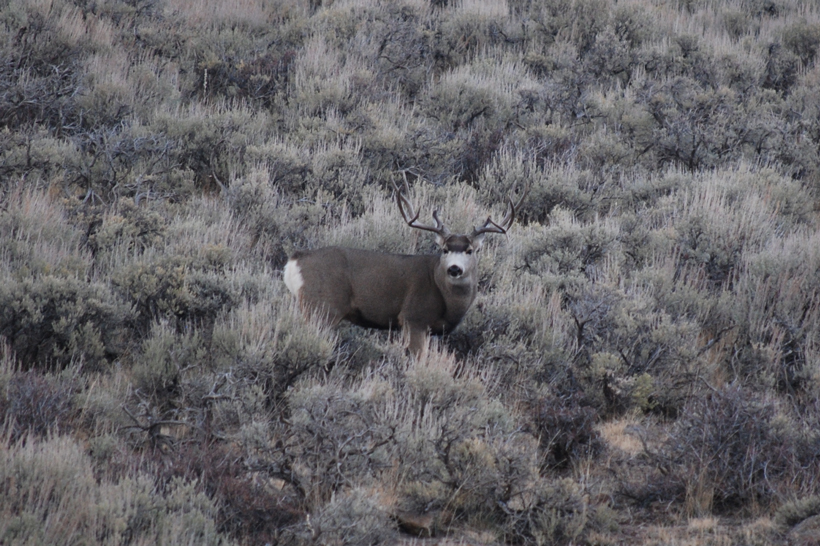 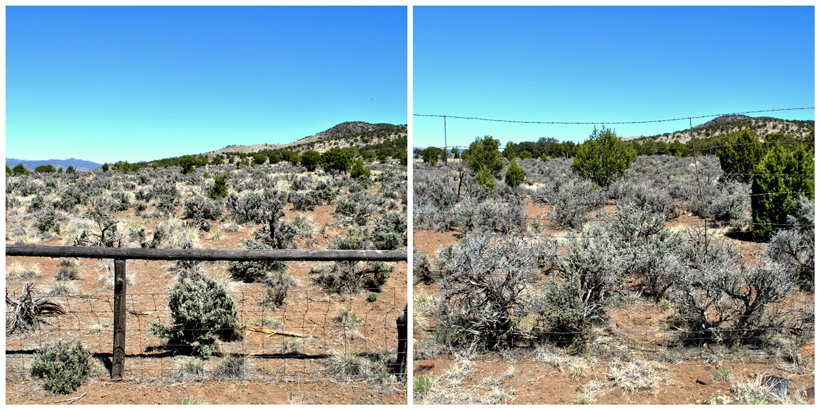 Before and after photos of mule deer winter range after moving deer and reducing the number of deer using the range.

The fact that body conditions were maintained or even improved may suggest that habitat restoration efforts that occurred on the Pahvant Range are indeed helping to improve the habitat. More forthcoming studies will further evaluate that correlation. Additionally, reproduction of transplanted deer seemed to be similar to resident herds. The data suggests that capturing and transplanting deer may be a suitable way to reestablish deer herds on unused or underutilized suitable winter ranges.