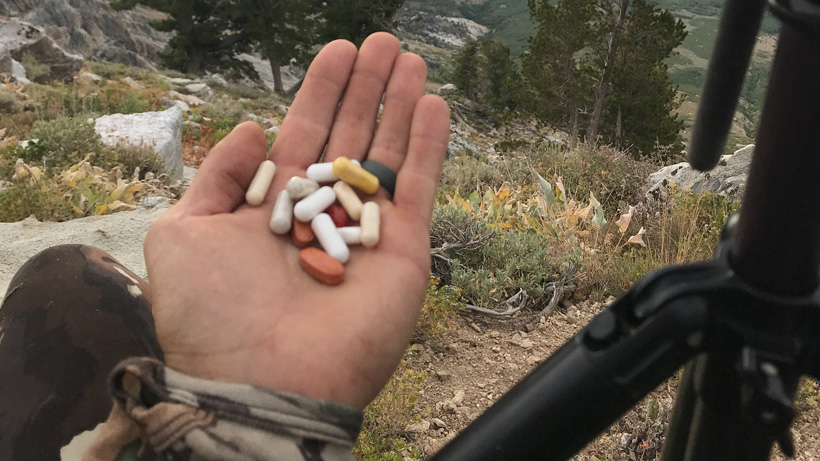 Medication that I needed to take three times a day for Lyme disease while hunting this fall. All photo credits: Justin Klement

By now, many have either heard of Lyme disease or, perhaps, have a friend or relative who's cousin has it, has had it, or something to that effect. As hunters, we willingly put ourselves at risk. To avoid Lyme disease, many doctors advise staying out of the woods. Well, to nearly anyone reading this: for hunters, that just isn't an option.

Fall of 2018 marked my 10th season hunting. Completely self-taught, never guided, just pure grit and worn-out boot leather is what I have to account for the majority of my success over the years. Having no real history with the outdoors and hunting (my father hunted a couple of times when I was very young), I have made all of the mistakes, but I’ve learned from them, too.

One of the biggest lessons I've learned from...

About three and a half years ago I had one of the best seasons I’ve ever experienced. I had killed a cougar and a bobcat from the same tree on consecutive days, then made a last-day, last-ditch effort to kill a late season elk and I successfully notched a tag there, too. And, I accomplished all of that with my bow. I can’t recall which pack out it was, but I do remember extracting a tick from the front of my shoulder. It was in that spot under your backpack strap that is bound to be irritated anyways, so it was easy to miss. Once I pulled that tick out, I discarded it and didn't think anything of it. That was my detrimental mistake. Not that I threw it away, which was also a mistake, but, mainly, because I didn’t think anything of it.

Fast forward about a month later and I was extremely ill. Fevers came and went at random similar to that of the flu only worse without any stomach or gut issues. My blood pressure was also spiking, causing me to feel faint or lightheaded at times. I would wake up in the middle of the night feeling like my chest was going to explode in pain, heart racing and pounding so hard I thought I was experiencing cardiac arrest. This went on for about three months with no rhyme or reason to it at all. I saw doctors who just thought I was “aging” and needed medication to control my blood pressure, which just “masked” the symptoms. Meanwhile, I was 28 at the time and in probably the best shape I've ever been. I ate healthy, led an active lifestyle, etc. I had a hunch that Lyme Disease was the culprit, so I asked my doctor to order the test. After the end of that summer, the fevers had subsided, I was on three medications to control my blood pressure (which we later learned I didn’t need) and I was left with just an odd sense that something was wrong even though I was assured nothing was.

For the next year and a half, I experienced some on and off mild depression and anxiety that I really couldn't explain. Some days I would just sit and not do anything at all in an odd trance-like state that is still hard to explain. Then in February 2018 the state of mind I once knew as normal was gone, long gone.

Out of the blue one day while working, all of a sudden, I had this overwhelming feeling that I was going to cry. And not just a couple tears, but it felt as if someone had just called me and told me that something terrible had happened to a loved one even though nothing of the sort had. I couldn't control the feeling. Nothing gave me any relief. I tried every at-home remedy, did everything the doctors asked of me, still nothing. At that point, I knew something was wrong. Chemically, something had to be messed up. If I couldn't get myself out of this weird depressive mood, what would? I haven't been the same since. 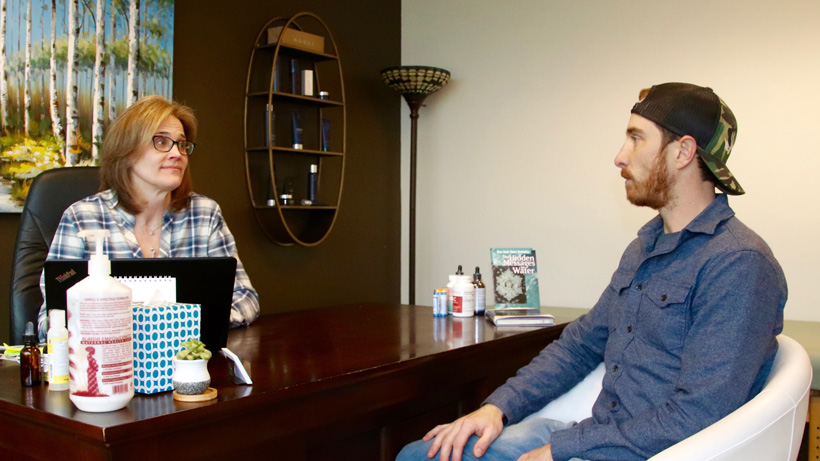 It took about another four to five weeks of research, struggle and anguish, seeking out doctors to no avail, finding doctors with six-month to year-long waiting lists and, then, finally finding a doctor that would listen. 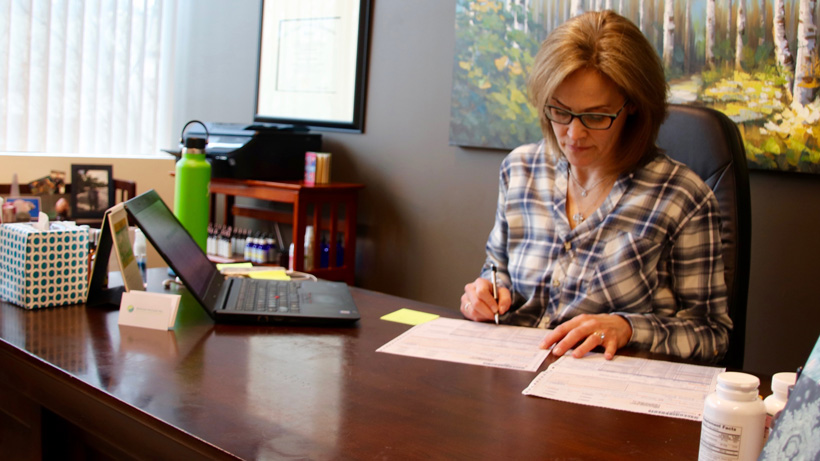 She successfully diagnosed me with Lyme disease via blood test and I finally had some relief. I didn't know much about Lyme disease, but I was happy to have an answer. 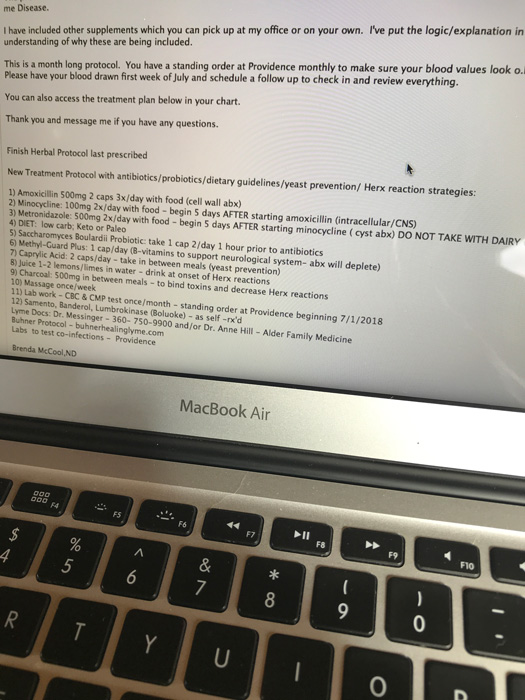 Doctor notes after diagnosing me with Lyme disease.

Throughout the next few months, my disease progressed rather rapidly. I developed a startling reflex in which sudden noises and movements—even light flickers—would startle me. I was having seizures and panic attacks simultaneously and uncontrollably. Sometimes, while driving, I would have to pull off the road to endure a 30 to 90-minute convulsive seizure, then continue on my way. The depression is unspeakably dark and has been so deep and just overall nasty that I had to ask my wife to hide our guns. Most people will not want to hear this, but it's the truth. I’ve gone through it; I'm glad I'm here. I wouldn't want it any other way, but I get it. Recently, one of our own in the hunting community took his own life and, although tragic, I can honestly say I understood. The state of mind a person goes through while suffering from the sort depression that puts you in that mind frame is not easy. I haven't been able to do it alone.

Along with the depression, anxiety, seizures and all that other fun stuff, I also started to lose the nervous system function on my left side. I started to drop things with my left hand way too often. I would trip over my own left foot constantly. My gait was off. One of the doctors who eventually helped get me back to semi-normal said that a lot of the infection was in my brain, which also explained the insomnia. On most days, I have a buzzing like sensation in the left hemisphere of my head, down my neck and into my upper back. The best way I’ve been able to explain it is the sound of neon lights buzzing. That keeps me from sleeping.

Oddly enough, the moon has also been a factor. You might think I'm crazy, but I've patterned it out over the past year and, when the moon is full, the week surrounding it is hell for me. I typically will get two to four hours of sleep a night, I will burst into tears at random, the startling reflex will be on red-alert and, then, the depression will creep in. Usually, about three to four days after the full moon things, I start to feel okay again. 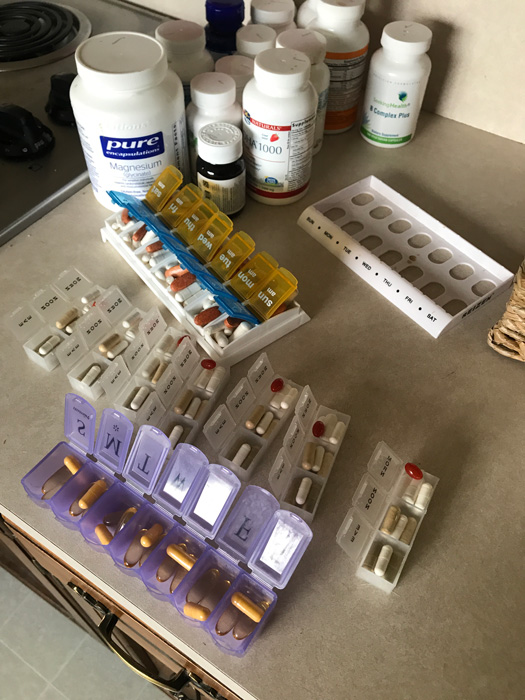 Honestly, I could probably write a novel on the various symptoms and how they have affected my life, but what I really want to accomplish is just some general awareness. Something I wish I would have taken more seriously a few years ago, could have saved me tens of thousands of dollars and years of a consistent struggle to feel decent on the day-to-day.

So, what should you do if you get bit by a tick?

Well, there are about a million old wive’s tales and theories on what to do. I’m not an expert by any means, but I have done about 200 hours of research and I can tell you a couple of things to look out for in case you have a run-in sometime in the future.

Out of all the research I've done, the best and most uniformly recommended way to extract a tick from your skin is simply to use tweezers, grab the tick from the top and bottom of its head and slowly pull it out. Theoretically, it should dislodge and be able to be placed in a sealed container. This is what I did not know before, but you can actually mail that tick to a testing center and they can tell you whether or not it carries Lyme and/or its co-infectors. However, the tests are not always accurate, I would also caution that you be mindful of your well-being. If you feel flu-like at all—body aches, headaches, muscle aches and cramps, which are otherwise inexplicable—get to your doctor. The doctors used to say just look out for the “bullseye” rash; however, that has been proven to only be true for less than 40% of people who contract the disease.

Another idea is straight prevention. Picardin and Permethrin seem to work the best as repellents. I’ve also found an essential oil mixture called “Bug Bouncer” that works pretty well. Yet, you can only spray your clothes and wipe your skin so much. The best thing to do is just check yourself, especially in the spring when they are the densest.

Now, I’m truly not writing all of this so people will feel sorry for me or give me attention. I want the attention to be brought to the hunting community. I want people to know just how bad it can get. 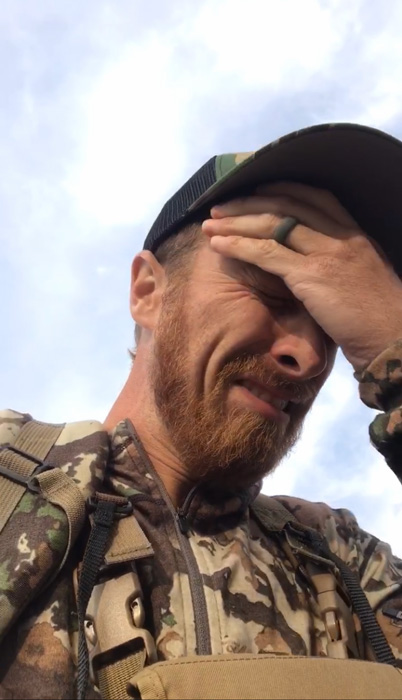 The struggle of dealing with Lyme disease on a hunt.

I never imagined a bite from a tick could change my life in such a dramatic fashion, but it did. I want my fellow hunters to be aware of the dangers and not take it for granted. For another look at the impact that ticks can have on hunters, you can check out this article, Tick awareness and prevention for hunters written by Kristen Schmitt.

A podcast about my Lyme disease experience

Below you can check out a podcast that I recently recorded with Hunt Harvest Health.

In the end, be your own advocate.