Just as the invention of the firearm revolutionized hunting practices hundreds of years ago, today’s technology has once again radically changed just how far rifle hunters consider a fair shot.

The first issue of debate is what exactly constitutes long-range rifle shooting: 600 yards? 800 yards? 1,000+ yards? There is no consensus on the benchmark. As Chuck Taylor writes, a better question might be, "What is long-range precision shooting to you?" The answer to that question greatly affects the resulting choices made in terms of equipment, terrain and personal limits on what constitutes a reasonable shot. 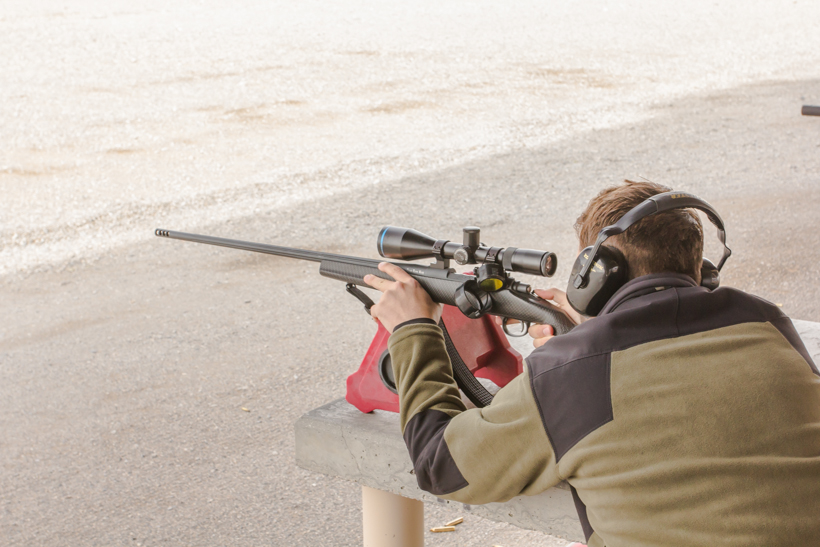 © 2014 Brady Miller, goHUNT.com
Lorenzo Sartini takes aim with his Red Rock Precision rifle at the practice range. Practice sessions like this enable hunters to make shots at the moment of truth.

Another change is increasing numbers of hunters treating long-distance shooting like the science it is. Overall, hunters have more education about their equipment; they invest more time into practicing and being better shots.

“Before it was grab a gun and go,” says Todd Sholly of Red Rock Precision, of hunting just a few decades ago. Hunters would attempt 200-yard shots and likely harvest their deer. Compare this scenario to today’s chatter of 1,000-yard (or greater) harvests and it’s clear that long-range hunting has radically impacted the entire hunter community. Skilled long-distance hunters know about drag coefficients and velocity for their particular rifles as well as how variables such as altitude and wind affect their shots.

Hunters who shoot long-range rifles argue that these longer shots are just a natural extension of the human desire to push boundaries and go further than before. Long-distance is just another evolution of the sport, and if technology is used to get an effective, clean shot, it still falls under the rules of fair chase. Many follow a rule of thumb similar to Mark Cochran: if he can’t shoot a 5-inch group (3 shots) at his current distance, he won’t take the shot. Ethics shouldn’t depend on distance.

Those against long-range rifle shooting point to its impact on fair chase ethics. Distance magnifies any errors in judgement or form, distorting a shot and making it harder for inexperienced hunters to ensure a clean harvest with a shot in the kill zone instead of gravely wounding their quarry.

Still, the principles of long-range rifle hunting remain consistent with those for hunting at shorter distances (less than 200 yards). Hunters need the right gear, the right optics, the right bullets and plenty of education and practice to effectively shoot.

But the questions remain. For hunting, what matters more, the pursuit or the shot distance? For hunters, do you have an accurate knowledge of your skill level? Will this be a clean harvest? If the answer is yes, then take that shot. And no matter your shot distance, in the field everyone can benefit from Sholley’s advice: “Be ethical, know your equipment, know your limits.”