Life lessons learned in the field 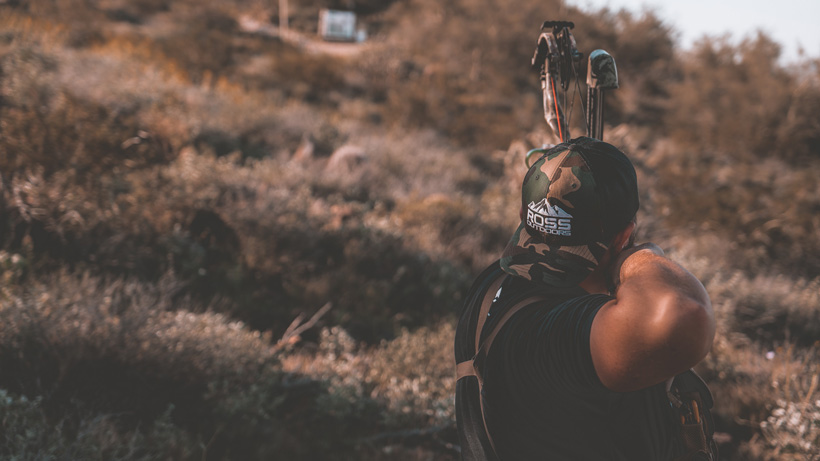 As youngsters — and even inexperienced adults — hunting is a very black and white type of situation. We get up early, head into the hills and try our luck at filling a tag. Most of the time, these trips are fruitless. That is on the surface, which is where these folks mentioned are spending most of their time. Underneath the surface, though, it really is a different story. The depths of life lessons learned in the field is high when you stop and think about it. What we experience in the field and what we experience in our everyday lives are closely related. That isn’t always something you see at first glance, but it is there; no doubt about it. What was once thought of as a fruitless trip is suddenly rich in yield. You’ve just got to be looking for it. 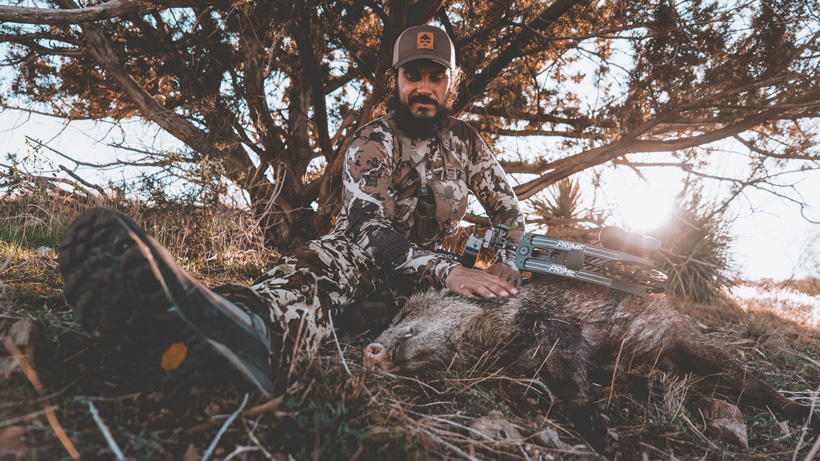 Sacrifice reward has got to be one of the biggest life lessons out in the field. When someone starts hunting, filling their first tag might feel like it will never happen. Year after year, they head into the field and come up empty-handed. All of the time spent out there, grinding away, is pure hard work. Sooner or later, though, everything will come together and the pot of gold at the end of the rainbow is more than worth the wait. That right there is a great example of sacrifice reward. What you put into something is what you’ll get out of it. Sticking with it and not giving up is what it’s all about.

Bringing that way of thinking into the real world can pay off huge in terms of getting that new job or starting up that business you’ve been thinking about. In the beginning, it may feel like it’s never going to happen, but with hard work and determination, things will eventually happen. If you give up, that won’t be the case. 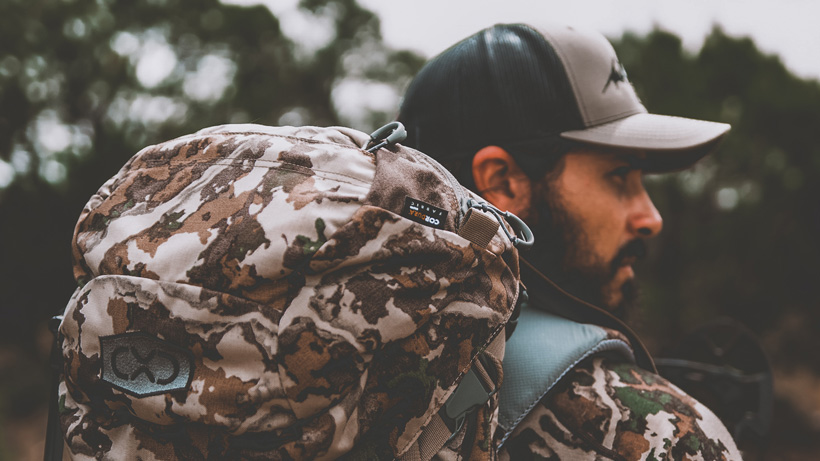 As a species, I feel like we often get pretty wrapped up in our own little worlds. We have a tendency of shutting everything else out around us and soaking in our own opinions. It sounds rather selfish when you look at it from that perspective, right? The world is filled with other people besides just you, who have their own sets of problems to contend with. It’s a much bigger world than you may initially think. Each time being out in the mountains and chasing our passions is an absolute privilege. The fact that you get to walk down a trail at all is a gift. There are many folks, unfortunately, that can’t physically do that and never will. Maybe they are handicapped or have some other health issues that keep them from this stuff. They’ll never experience the feeling of reaching the top of the mountain or packing out a mule deer buck on their backs. Imagine that. If it were all taken away from you. Be grateful for the opportunities that you have in front of you -- whether it’s the ability to hunt on vast amounts of public land, hike 10 miles into rough country or roll out of your sleeping bag to a view that would bring some people to their knees. We are lucky.

A few years back, I drew an elk tag here in Arizona. Early season archery with screaming bulls galore. Looking back on it now, it was paradise. However, when it was happening? Man, I felt like dirt. That was one of the toughest hunts I’ve ever done. More than once, I felt like quitting. More than once, I stayed back at camp longer than I should have. Poor me, right? Having a tough go on an elk hunt that people dream about. The “adversity” that we face in the field is not adversity at all in the grand scheme of things. We sure have a way of building it up though. I’m not discounting coming out heavy in the end and finding success after a tough hunt. That’s a big deal and it matters. Those accomplishments should never go unnoticed, especially by the one that made them. What I am getting at, though, is next time you’re having a tough hunt, realize something. When you look back on that hunt a year from now, it’ll probably hit you that life was pretty good “struggling” in elk country. This is all about perspective, which is what we’ll touch on next. 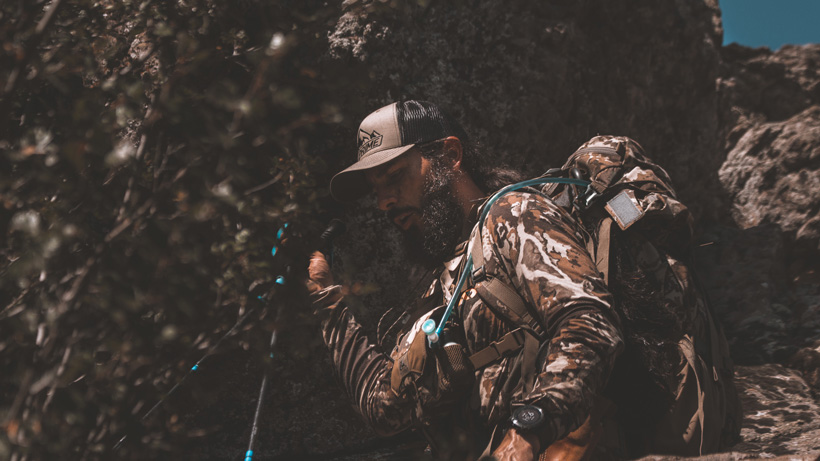 So much can be taken from perspective. It’s amazing what hearing about a different way of looking at things can do. It could change your outlook entirely. Those are the times when you say to yourself, “I never thought of it like that.” There is more than one way to skin a cat and definitely more than one way to hunt. Nevertheless, some of us act like our way is the only way. A lot of this gets thrown around in elk hunting. Stuff like “you can’t call in herd bulls” or “bugles don’t work here, you’ve gotta cow call.” And sooner or later, those views get debunked. Happens all the time. By shutting ourselves off from these differing opinions, we are shutting ourselves off from expanding our knowledge base.

This same way of thinking can roll right into life. There are as many opinions out there as there are people and everyone has a reason for their thinking. Heck, a lot of them have experienced success in one way or another. Just because someone thinks differently than you do doesn’t mean they are wrong. It just means they may have figured something out that you didn’t. And that’s OK. So, instead of shutting out someone’s thoughts right off of the bat, try listening instead. You might learn something. 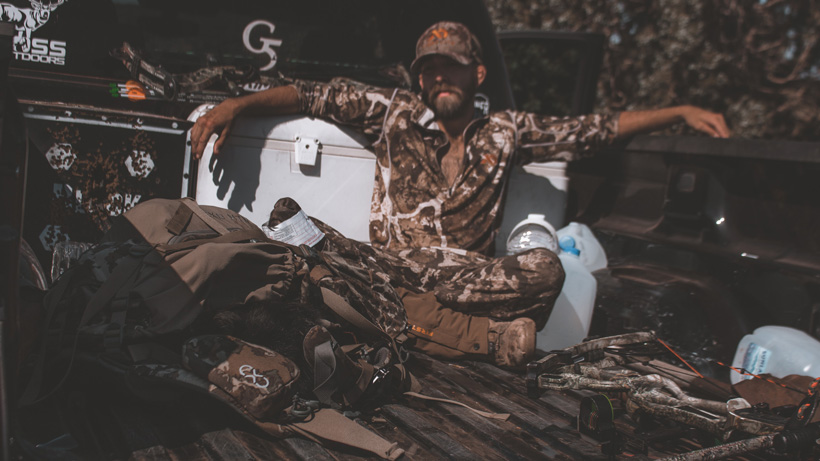 I think it’s important that we venture into each season with a good state of mind. Everyone wants to be successful and everyone is going to try their best at making that happen. This blessing of hunting that we have before us runs much deeper than just “being successful.” It offers decompression from our day to day lives. As a result, we come back home better than when we left mentally. Those quiet times glassing from a high vantage point have a way of making one think; a way of working out some issues of your own that might be present. And intertwined throughout those adventures, there are applicable life lessons to learn. Things that you can relate to being a better employee, husband, father, etc. In order to take full advantage of these, we need to do two things: open our eyes and be willing to learn. The rest has a way of falling into place.