Is the archery in Game of Thrones for real?

Katniss Everdeen from the Hunger Games. Oliver Queen from Arrow. And Hanna from...Hanna. What do these characters have in common? That’s right — archery.

Over the past few years, Hollywood has been creating more archery characters and bringing bow skills in the spotlight. Now, with Game of Thrones, we are seeing even more drawn bows and flying arrows.

As a bowhunter, I pay attention to the archery scenes and critique their form, and I always laugh when I see someone holding the bow all wrong and yet still manage to never miss.

Below are examples of good form and bad form from the Game of Thrones series, from the very first show of the first season all the way up to season three. (No spoilers, promise.)

1. BRAN GETS OUTSHOT BY HIS SISTER
This scene has Bran practicing archery while his father watches on from above. There is clearly a lot of pressure for the young boy to make the shot, and I love how Jon Snow tells him, “don’t think too much.” And then of course Arya embarrasses him by shooting a bulls-eye over his head, while his shot careens to the left. 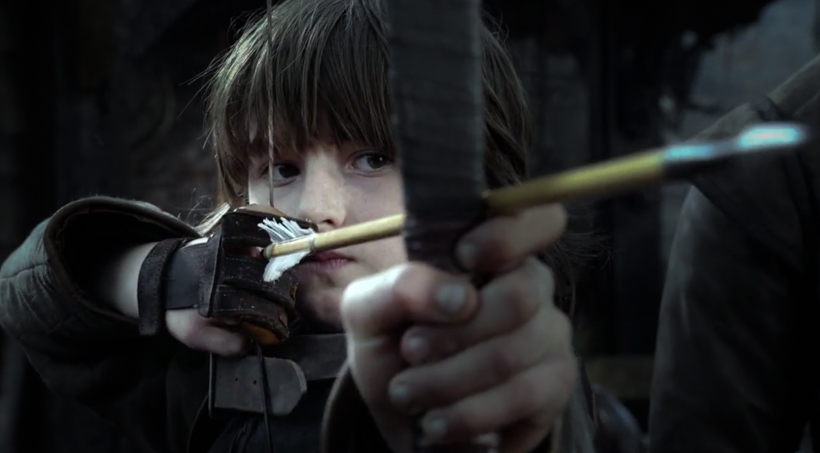 However, I’m happy to say that Bran DOES have decent form here. The problem he had with sideways accuracy probably stemmed from the fact that the fingers on his draw hand were wrapped around the string a little too far, which may have caused the arrow to have some left to right issues. See video of this scene.

This is the scene where Arya makes it pretty clear what she wants to do to her enemies, as she lists their names while shooting at a straw dummy target. What’s bizarre here is that she has TERRIBLE form, yet still manages to hit it. She has no anchor point on the face; she was just pulling the bow back to her chest and releasing the arrow. In the long run, or in a situation where she has adrenaline flowing through her, she will most likely miss. 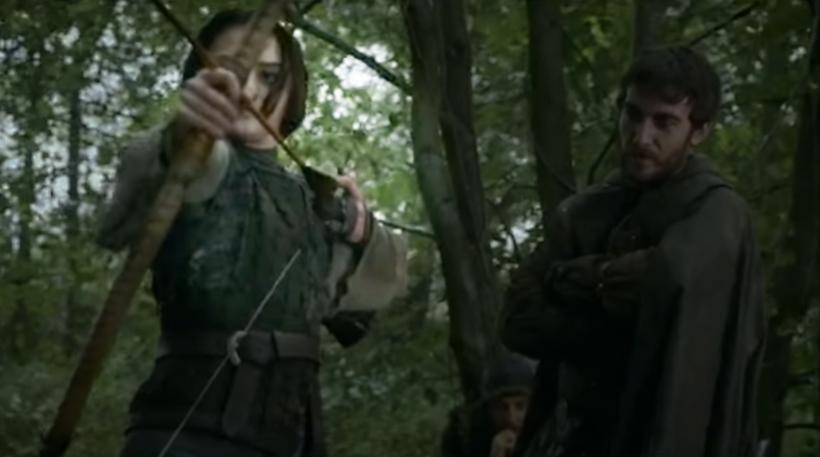 This is where Anguy the archer comes to the rescue. He tells Arya to keep her elbow high and never hold the draw while shooting. (Holding the weight of the draw leads to fatigue.) 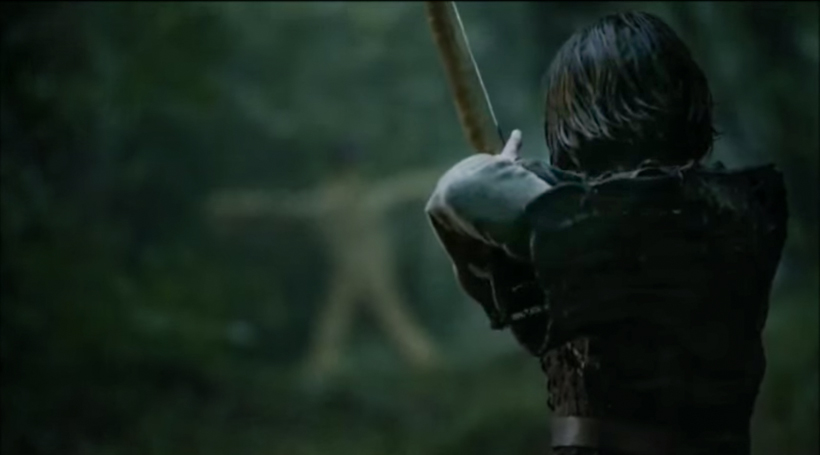 Also, he says, “Never aim. Your eye knows where it wants the arrow to go.” This brings in subconscious thoughts and actions, which in archery, is exactly how you want to release an arrow. See video of this scene.

3. NED STARK’S VIKING FUNERAL
After Ned Stark dies, his remains are put on a boat and set out to drift, and as part of the ritual an archer is to hit the boat with a flaming arrow to light it on fire. Much to everyone’s chagrin, Edmure Tully struggles to hit the boat, missing several times. So Blackfish grabs the bow and takes the shot. 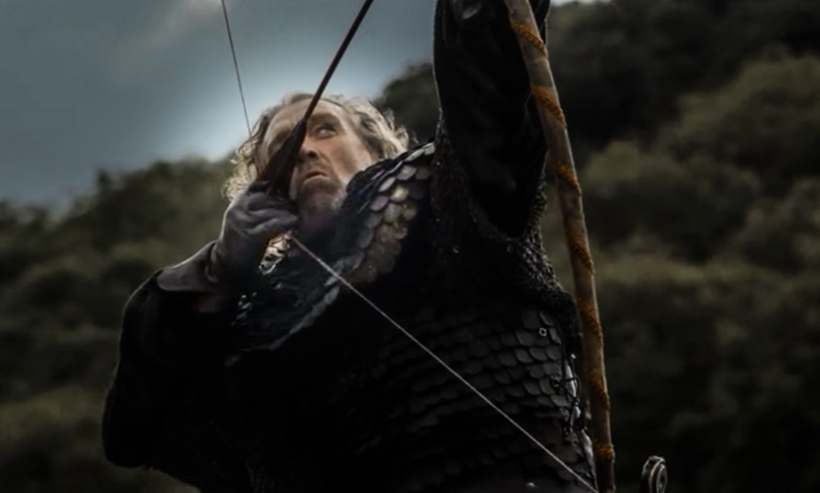 He does hit his target — but see how he wraps four fingers tight around the string as he comes to full draw, and releases that arrow that way? In the real world, that would put a lot of torque on the bowstring and make his shot far less accurate. 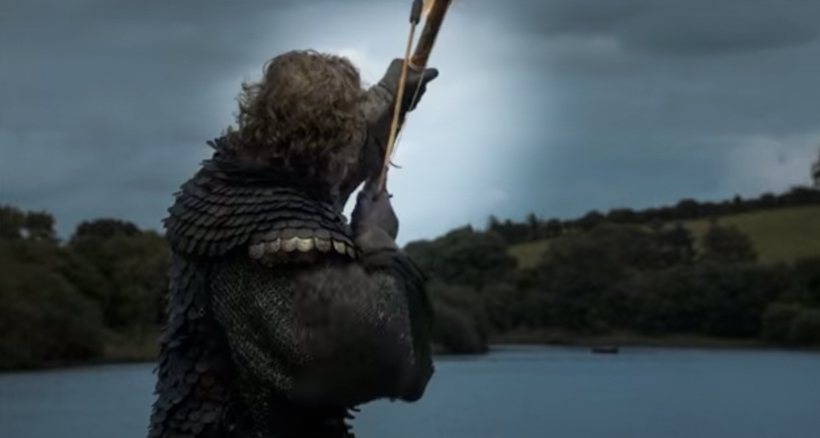 On top of this, we see him releasing the arrow with his hand five inches from his face. Poor form, Blackfish, poor form. (Season 3, Episode 3) See video of this scene.

4. JON SNOW SAYS I LOVE YOU, GETS SHOT IN THE BACK
In this scene, the Wildling that Jon Snow hooked up with has him in her sights, and she’s mad. He drops the L bomb, and her response? She shoots him in the back.

*Lesson: Don’t ever say “I love you, but I have to go home now” to a woman holding a weapon. 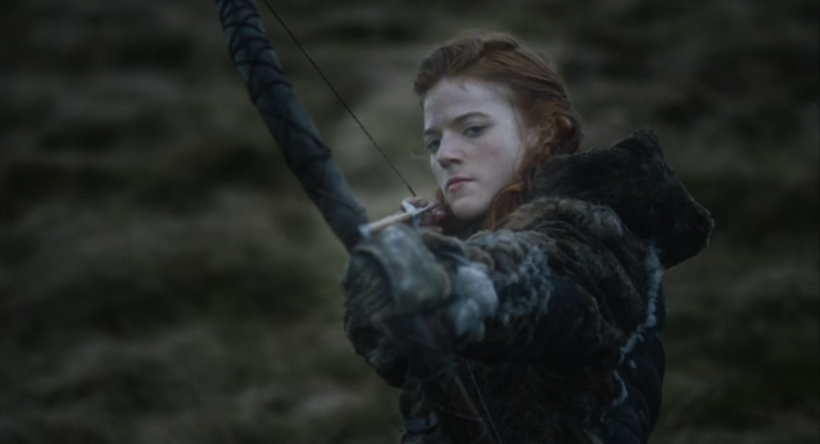 She doesn’t just hit him once; she shoots him multiple times and I’m not gonna lie, there are some impressive shots. However, it would have been a little more effective if she had anchored the string against her face for a reference point, so she could be more repeatable in her shot. Instead, she shoots the bow with the string away from her face at full draw. Next time, Ygritte, next time. See video of this scene.

5. THE BIGGEST ‘TARGET’ OF ALL
The Battle of the Blackwater is the largest battle in the War of the Five Kings to date. Lord Tyrion had a ship filled with wildfire and sent it to leak the flammable substance directly into the bay. Then, at his signal, Commander Bronn shot a flaming arrow into the bay to ignite the wildfire and set off a giant explosion that destroyed the front line of Stannis’ fleet. Now, Commander Bronn is known for his great swordsmanship, but this scene proves he can also shoot a bow. His form is perfect. Although just about anyone can hit water with an arrow. 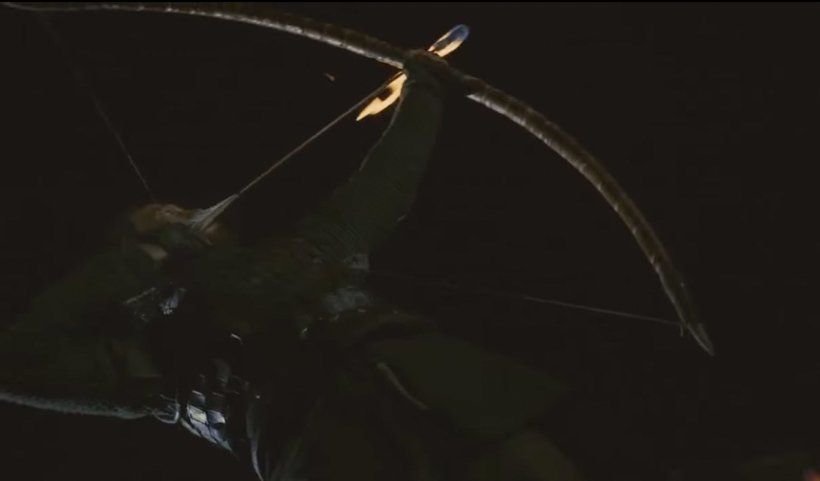 6. THAT DAMN RAVEN
Bran is trying to shoot the three-eyed raven, and he starts off by executing perfect form in his draw. His body is square, his bow arm is straight and his draw elbow is high and behind the string. 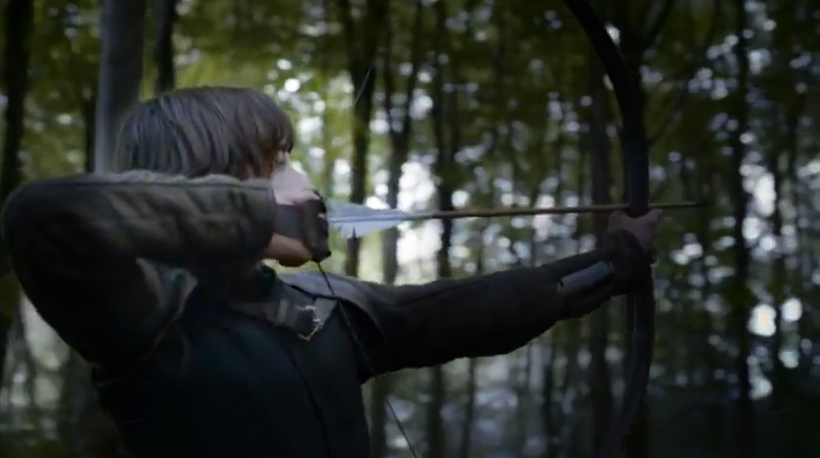 While at full draw, Bran starts to think too much about the shot and he overdraws the bow behind his head. This is a mistake, since it is hard to repeat and it puts your body in an uncomfortable position. This is what most likely caused his arrow to fly astray after the shot missing the raven. 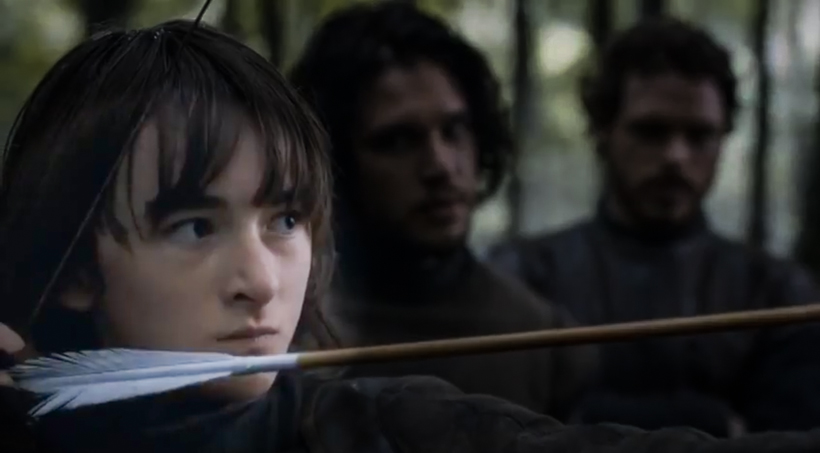 7. THIS IS WHY YOU DON’T EVER SHOOT STRAIGHT UP
Here Gendry utilizes fairly decent form, though he violates a big safety rule by taking this shot straight up in the air. In real life, there is no way he could have aimed for the exact spot it came down on — which he claimed he did. He could have just as easily split his own head in half. Which would just add one more to the total death toll of Game of Thrones. See video of this scene. 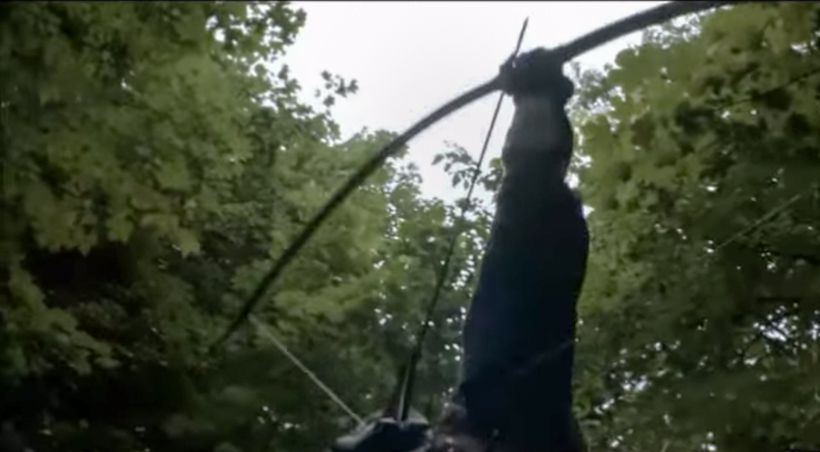