Hunting clichés that need to change

The hunting industry has not been immune from taking meaningful, good ideas and thoughts and turning them into clichés that have seemingly lost the original meaning. This article seeks to take a look at some of these clichés in hopes of returning to the meaningful, rational thought that was intended in the first place.

For the record, according to Merriam-Webster’s dictionary, cliché can be defined as "a phrase or expression that has been used so often that it is no longer original or interesting." Some of the most common examples include sayings like "Give it 110%" or "It is what it is."

Let’s get this clear right from the start: these clichés started as very good things, but then became nearly absurd when too many people started acting like there was only one way to do things. This article is not intended to demonize or disrespect anyone. Instead, I am advocating that we need to have a realistic, healthy understanding of these issues so that they can stop embodying these clichés and can once again be those that help improve hunting for all involved.

In no particular order, here are the most common hunting clichés used today: 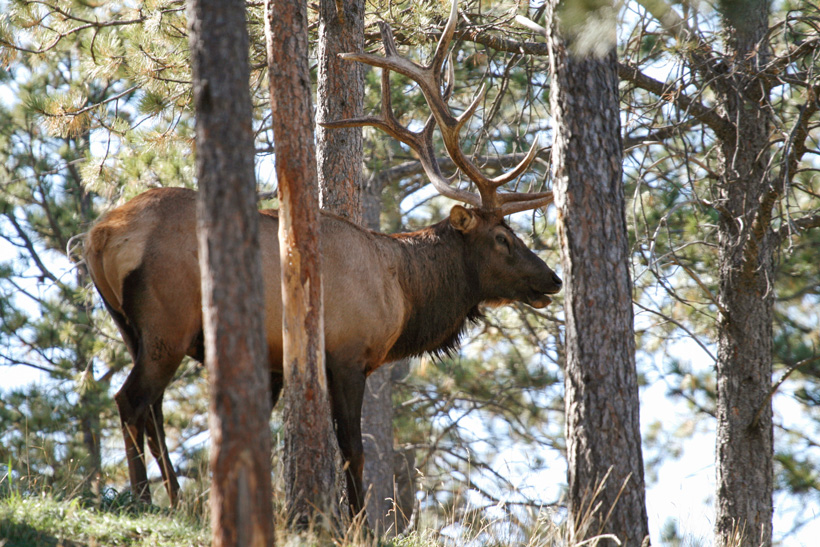 Ethics are paramount to proper conservation and taking a shot that will ethically kill an animal as quickly as possible is equally as important. However, when your definition of an ethical shot is limited to a deer or elk broadside at 60 yards standing completely still with its near leg slightly forward when rifle hunting, then you have taken that idea a bit too far. An ethical shot is a shot with which you are confident you can effectively penetrate the vital area and quickly kill that animal based on your skill, gear and knowledge. I took a very ethical shot on a buck with my bow while he was facing me; he didn’t take a single step and died right where I shot him. There are many other hunters who would have said I should never have taken that shot, yet, my filled tag and well-placed shot would say otherwise. Wanting to deliver a well-placed shot is a great thing that should be encouraged. Understanding how an arrow or bullet penetrates skin, muscle and bone at various angles — and having plenty of practice — will ensure that you can deliver a truly ethical shot from multiple angles at multiple ranges with consistent success.

If you shoot an animal and it has not died and you are in a position to shoot it again without bumping it and making it run, shoot it again; end its suffering and finish the job. It is not ethical nor is it respectable to make an animal take hours to die when you could just put a second shot into it. Now, I understand that sometimes you cannot get a second shot without spooking and bumping that animal, which would just make things worse. If that is the case, leave it alone and use it as an opportunity to learn for next time. But if you can put another shot into that animal, don’t let pride over a “one-shot kill” be the reason you don’t do the truly honorable thing. 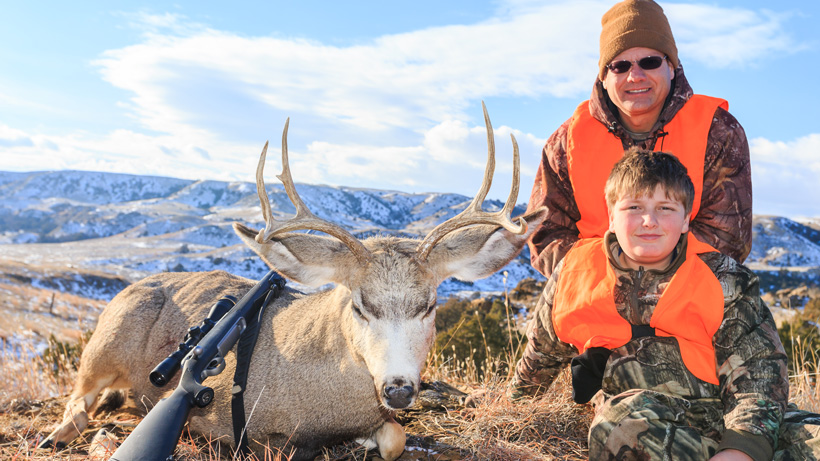 Here is one that is a little more touchy because I understand the reasoning behind it. When someone has an opportunity at a bull or a buck and chooses not to shoot him because he is not mature enough, that is the hunter’s decision and he or she has to live with it. There is nothing wrong with this in my opinion. It is a conservation strategy that has been proven effective for those trying to promote big, mature animals in herds.

When this becomes wrong is when you force that conviction on others. I have seen countless young people shoot their first elk or deer only to have people criticize them for shooting a yearling buck or a calf. My first buck was a yearling and I was thrilled as were the people waiting back at camp; however, I might have given up on hunting altogether as a kid if someone had criticized me for shooting that young buck.

When someone else fills a tag, congratulate that person, don’t criticize. Live out your convictions about age and maturity without demonizing someone else who does not share that same conviction. 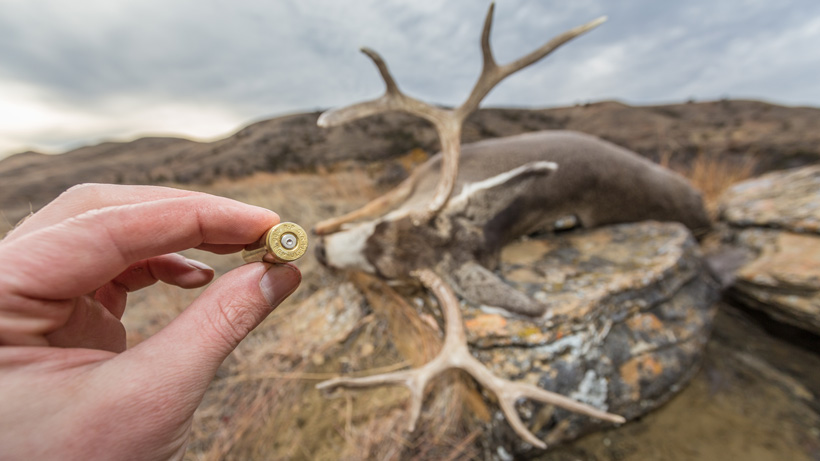 For years, the .30-06 was viewed as the do all, can't be beat caliber. A .30 caliber bullet flew at velocities that could ethically take even the largest of game at reasonable ranges. But with the advent of the magnum calibers, the .30-06 started to be viewed by many as an underpowered cartridge for elk and other large animals.

With all of the high velocity, high recoil magnum calibers available today, it can be easy to think that such a rifle is required for large game. In fact, many will look at a .270 or 7mm-08 and scoff that it is not enough gun. The last time I checked, a fast-flying bullet that hits a non-fatal area still results in a non-fatal shot (or at least a shot that does not quickly kill your target) while a slower, smaller bullet that hits the vitals still results in a fatality.

Obviously, there is a limit to how small of a caliber you should use on large game; however just because the caliber doesn't have the word "magnum" in the name does not mean that it is insufficient to take down a bull elk. The key is balance and facts, not opinion and theoretical knowledge. I always try to encourage people to shoot the largest, fastest rifle cartridge that they can comfortably shoot accurately and consistently in any circumstance.

Really? You smoked him? How'd you keep him lit?

This is one of those things that people say in their excitement without actually thinking about what they are saying or the connotation that is associated with it. I don't know about you, but when I shoot an animal, my first thought is not how I "smoked" him. Instead, my first thought is that I pray he dies quickly so that he doesn't suffer for too long.

We should convey an immense respect for our prey through the words we say and the attitudes that we exhibit when we place a fatal shot on an animal. I am not saying that using the word "smoked" is inherently bad. Instead, I am asking you to consider if that is a respectful response to the harvesting of an animal or if it is a phrase that we adopted as a result of watching too much outdoor reality television.

Lots of people give names to deer that they spot while glassing or that they have pictures of on their trail camera. There is nothing inherently wrong with naming deer. I have never done it but I know some guys who do and it is often just a way of identifying a deer that they would like to shoot if given the opportunity. Instead of saying, "That five-and-a-half-year-old buck with the odd drop tine that comes off his left side," they can say, "Hook." Seems innocent enough.

When naming animals becomes a little too much is when, by naming that animal, the hunter feels as though he or she has some kind of claim on that animal. Just because you saw it doesn't make it yours. If you feel that you need to name animals, go ahead; just don't assume that you will be the one to shoot him because you named him.

The purist is the person who claims that only those who hunt with a certain weapon or in a certain way are true hunters. If the purist is a bowhunter, then rifle hunters are not true hunters. If the purist is a backpacking hunter, than someone who hunts over food plots or water is not a true hunter. It is curious, though, how those who claim to be purists with a modern weapon forget that the earliest hunters used spears…Yet, I don't see many spear purists out there these days. It seems more like whatever one's preferred method of hunting is, then that is the only pure method.

Here is how I see it: If you hunt with a compound bow, traditional bow, rifle, muzzleloader, crossbow, spear or knife, then you are a hunter. If you backpack for miles before even setting up camp or if you walk 100 yards and sit in a blind, you are hunter. If you glass for days and then take a 1,000 yard shot that you have practiced for months and are capable of consistently making, you are a hunter. Bottom line: if you hunt your prey in a legal way, you are a hunter. To look down your nose at someone who chooses to hunt a different way than you is snobbery in the purist sense (pun intended).

The "too slow" bow 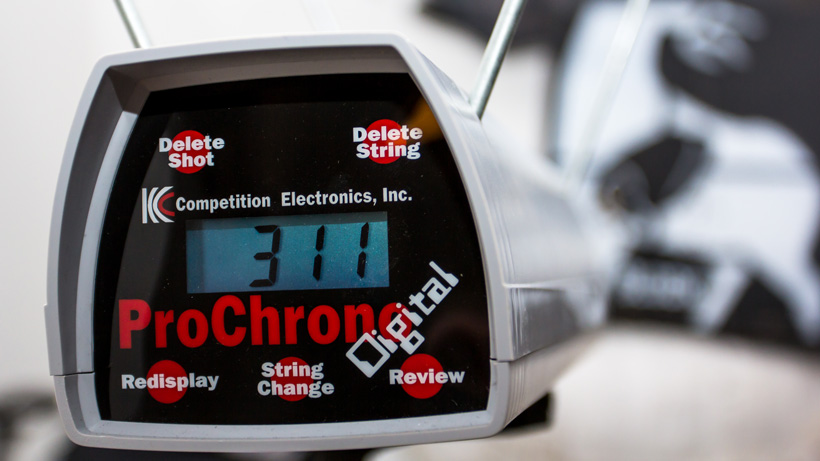 Much like the "not enough gun" cliché, many bowhunters today would argue that if your arrow is not flying close to 300 fps, then your bow is too slow. Funny… I wonder how Fred Bear killed all those animals with his recurve?

A hunter who knows his effective range and shoots a "slow" bow well will very likely be more successful than a hunter who picked a bow purely based on speed. Yes, speed has its benefits; however, it is not the most important factor in choosing a bow and is not the most important factor in delivering a fatal shot. We should be encouraging people to become proficient with the gear they have access to, not spending their money for them by telling them to buy a faster bow. 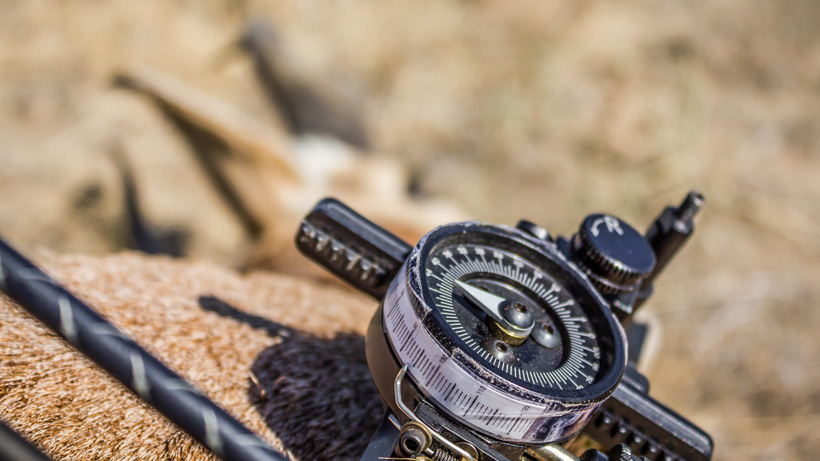 Here is another touchy one because there are long-range hunters who do it right and have repeated success at almost impossible distances. Yet, the term becomes a cliché when too many people buy a high-velocity magnum rifle, throw a 6-24x44 rifle scope on it with a ballistic compensating reticle, download a ballistics calculator to their smartphone, and think that now they are capable of shooting an animal at 800 yards.

Long-range hunting is an art that involves endless practice, testing, load development, more practice, checking data, more practice, learning how environmental factors affect bullet flight, and, then, even more practice. You should never take a shot at a range that you have not practiced and cannot confidently and consistently make. If you do not practice, you run a greater risk of wounding an animal or missing altogether.

In all things, reason and balance

The notions of many of these clichés are rooted in well intentioned thoughts; however, they should be encouraged in a rational, reasonable way. Let’s promote knowledge and understanding instead of merely purporting ideas that we don’t fully comprehend. This will ensure enthusiasm for those who are new to hunting while also ensuring true ethics in the decisions we make while hunting.

Let's seek to encourage one another, support one another and enjoy the lifestyle of hunting that we have all come to love so much. It is a shame to run someone out of the outdoors because his or her opinions differ from ours. Only then can we truly make hunting better for the next generation.