Tonight is country music's biggest event, the Country Music Awards. Artists like Blake Shelton, Luke Bryan, Dierks Bentley, Miranda Lambert and Kacey Musgraves are up for awards in multiple categories including for best country music vocalist, album, song and entertainer of the year. Last year the CMA Awards attracted nearly 17 million viewers, and there were 1.7 million tweets about the show, according to Nielsen. That's no surprise, though, given that country music has grown so popular, with 102 million Americans counting themselves as fans.

Count us among those 102 million, because there is nothing better than a great country song blaring in your truck on your way to do some hunting or scouting. Other hunters we know love it too, so we thought to take a look at how ingrained hunting culture is into country music itself.

First, to help narrow the field, we came up with a 15-song hunting playlist, including a bunch of Rhett Akins classics like Openin' Day and Buck Fever. Then we filtered through the lyrics to find out what exactly about hunting do country artists like to talk about. The answer is below, along with a word cloud showing the relative popularity of other hunting words. (The bigger the word, the more often it is used.) 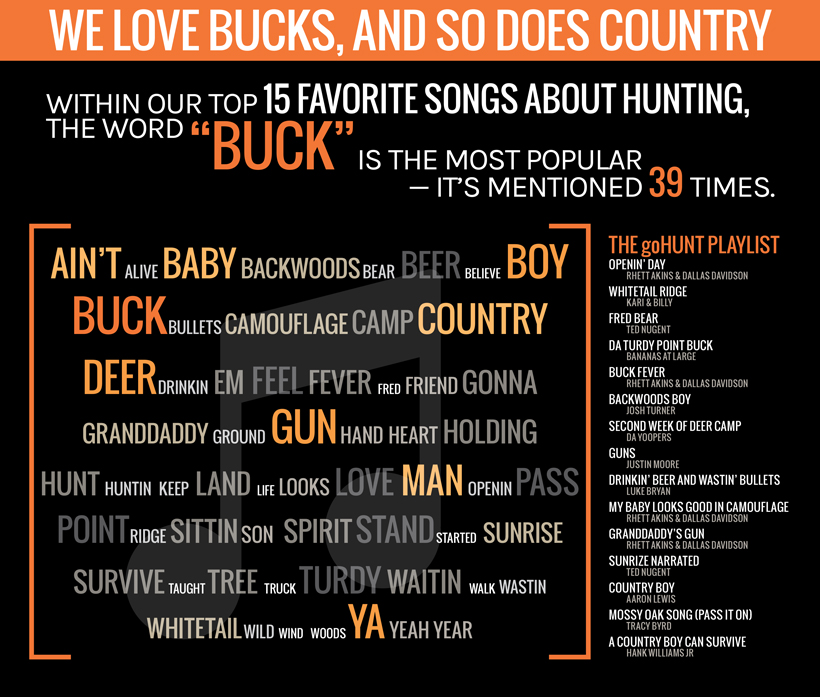 Then we wanted to see how popular hunting-related songs actually are among other country hits. In other words, do country music listeners like listening to songs about hunting? Here's what we found: 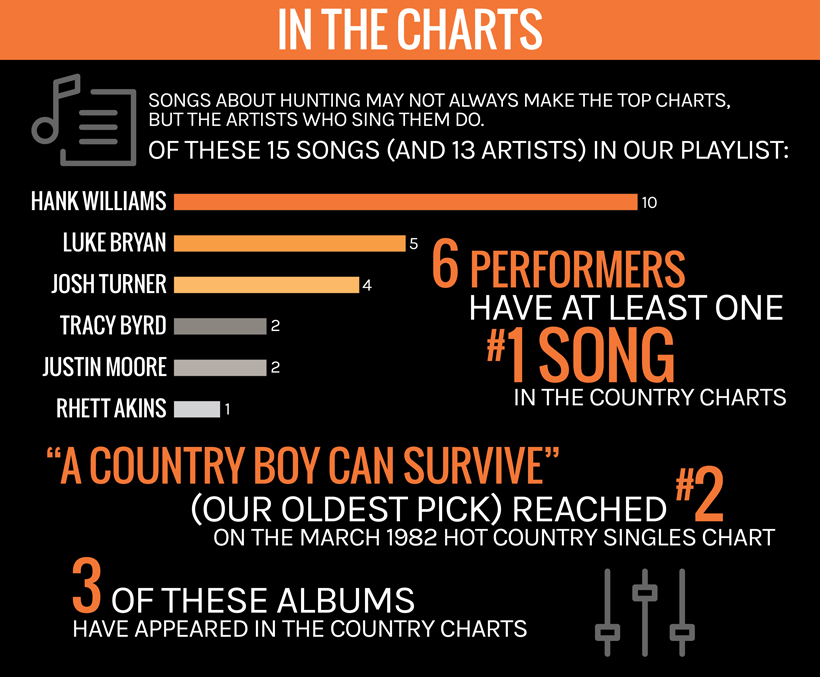 It does seem that hunting and country music go hand in hand. What about other types of music? Do indie rock stars hunt (and/or sing about it)? What about pop music? 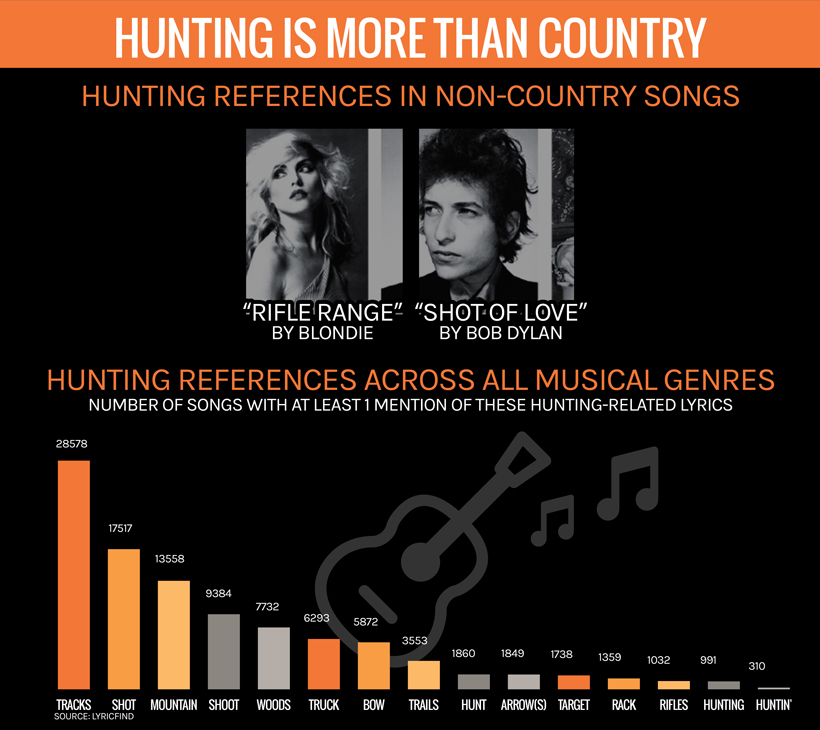 We found that there are lots of hunting words used in songs across all genres, not just country. We also found that, again, "bucks" is the most common animal mentioned. 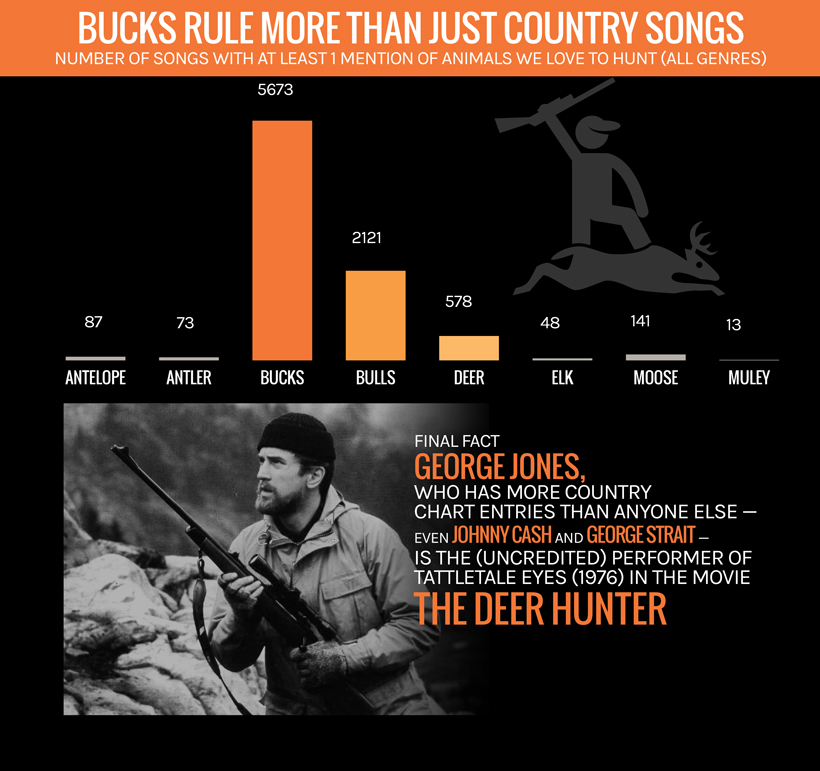 Do you love country music, too? Tell us your favorite country song — related to hunting, or not — in the comments below.