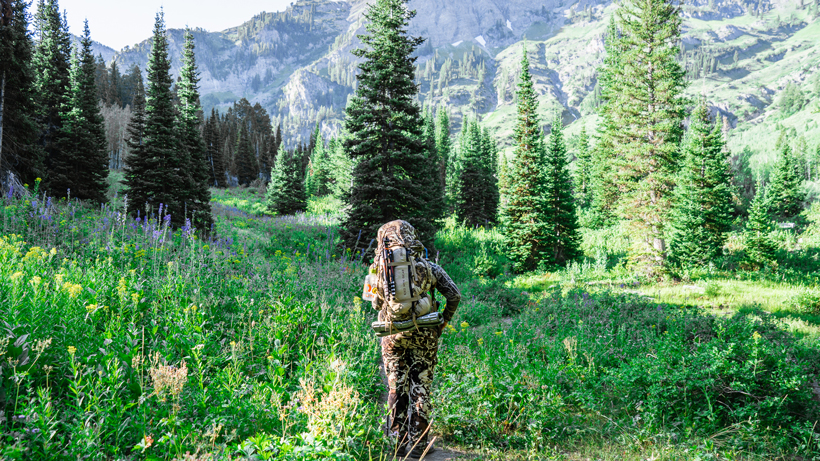 It was that time in the morning that we all look forward to as hunters. The time built with anticipation and wonder. We were about 20 minutes from being able to see the forest before us when we were taken by surprise. A headlamp came bouncing down the hill towards where we were. Quickly, we flashed our light at them. They stopped, waved and turned around the other way. A fine example of hunter etiquette. As a young boy, I was always taught to respect other hunters, the land in which you hunt and the animals that inhabit it. Hunter etiquette goes beyond that, though, and is not just about hunters. We also need to respect the general public and landowners. With a lot of new hunters coming into the mix, I think it’s important to chat about not just hunting ethics, but hunter etiquette.

First and foremost, we need to respect one another. All of us are out there to have a good time and are all hoping to head home with filled coolers. Many hunters spend months upon months—sometimes all year—scouting in preparation for the fall. The drive is huge and I get it. Trust me. But we can’t let that drive pummel one another. The feeling of showing up to your favorite hunting spot and seeing vehicles already there is quite crushing, but it’s the way the cookie crumbles sometimes. If they were there first, then we need to respect that and move on. Often, if I see another hunter in close proximity to me, I’ll introduce myself and try to come up with a game plan with them, so we don’t step on each other’s toes. I’ve heard stories of hunters just showing up and sitting down next to complete strangers to glass. Right on top of them without a care. From where I’m sitting, that’s not cool and it’s even a little infuriating. One of the best parts about hunting is getting away from the loud life of the city and decompressing. Treat other hunters how you would want to be treated. 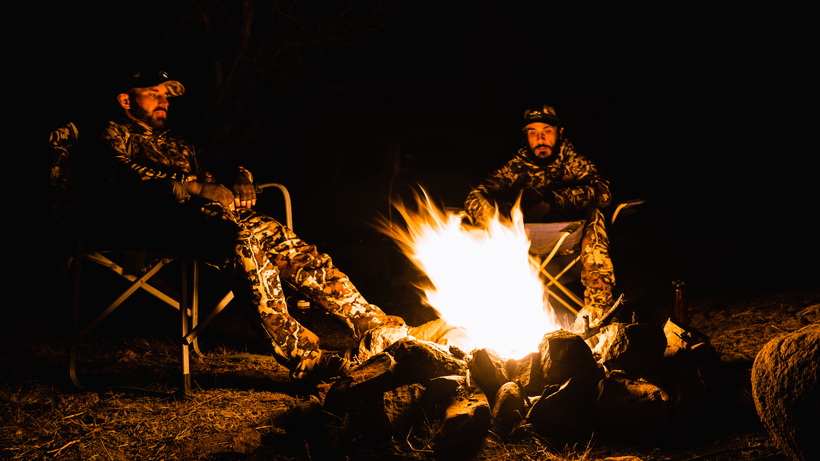 Now, we’ve talked about this in the past, but we also need to respect what other hunters divulge to us. Like I said above, many of us spend a great deal of time in the field preparing for our hunts. It’s become a way of life for many. So, when they are gracious enough to point you in the right direction, respect that. Keep it to yourself and don’t exploit their years of hard work that (let’s be honest) you didn’t help with. 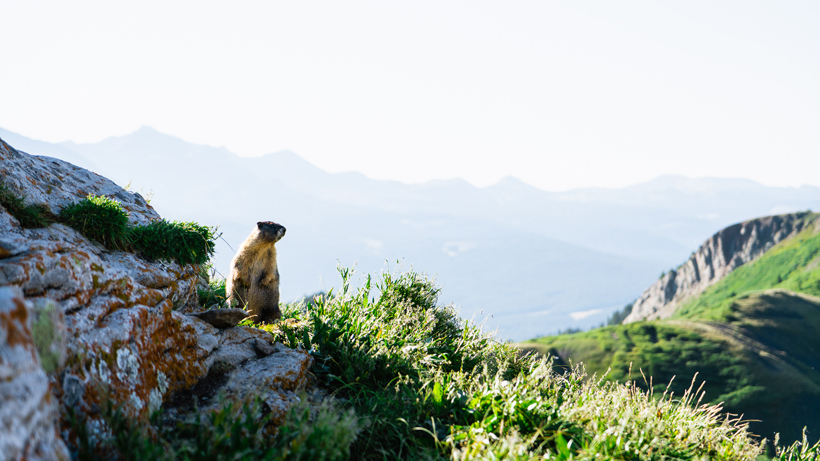 Aside from respecting other hunters, we also need to remember to respect the land. We are beyond fortunate—especially in the West—to have access to the amount of public land that we have. It’s downright beautiful and a privilege for us to walk and hunt on it. Doing things like picking up trash (yours and in general) to leave it in better shape than it was is encouraged. Or abiding by off-highway vehicle (OHV) laws and not driving your vehicle off trail is another one. It’s sickening when we find trash from humans miles from a road and tire tracks where they shouldn’t be. Heck, one time my brother found a chair. He packed it five miles out of the backcountry and threw it in the truck. How would you feel if someone just came into your house, left trash on the ground and, generally, didn’t treat your home with respect? I don’t know about you, but I don’t need or want that in my life, which leads me to my next point: the animals.

Let’s not forget about the animals. And not just the animals that we hunt, but all of them. Every animal that lives on the land you are so fortunate to hunt deserves your respect—even the predators. All of them are just out there trying to make a living just like you. I’m not just talking about during hunting season either. Shed hunting has gotten pretty popular and I’ve heard some pretty cruddy things about what folks will do in the name of sheds (money). Things like driving their OHVs all over the place where they shouldn’t be, looking for antlers. Oh, and then there is the folks who will try and deliberately scare bucks and bulls to hopefully make their antlers fall off. All of this during a time when their bodies are working overtime trying to stay warm and survive the rest of the winter. Pretty gross. 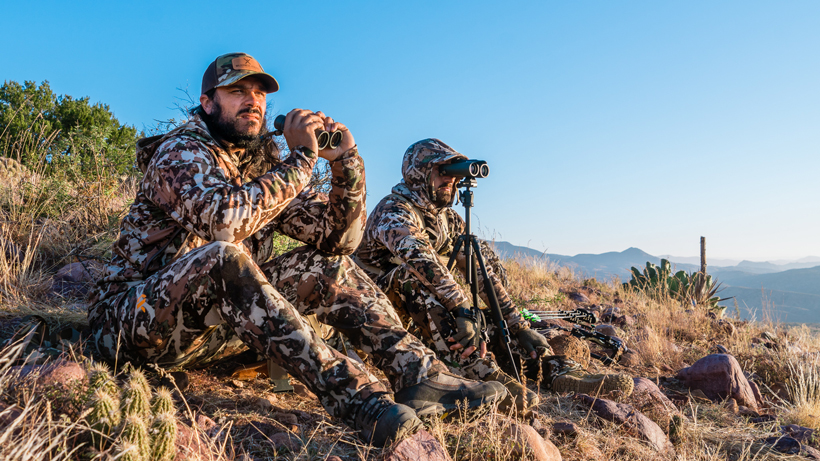 I know that we like to live in our own little world and shun most of society out of our lives, but the truth is, the world doesn’t revolve around us. We move within it and, because of that, it’s important that we respect not only other hunters, but the general public, too. Now, when I say general public I’m not referring to anti-hunter activists or anything like that. I’m talking about the everyday folks. If you happen to be cleaning an animal close to a road or trail, drag the carcass into an area where it is less likely to be seen. And, maybe, don’t drive around town with a dead deer on top of your truck. You need to think about how people who aren’t familiar with hunting view hunting. If the impression we give is that we are all bloodthirsty slobs who have no regard for life, then that is the image they will see.

Don’t worry! I’m not gonna forget about private landowners and neither should you. The fact that these folks would give a stranger permission to come and hunt on their land shouldn’t be taken lightly in the least. Think about it. A complete stranger knocking on your door/calling you and asking if they can hunt in your backyard? It’s a lot for them to say “yes” and trust that you are going to abide by their laws. So do it. If a gate is supposed to be closed, then close it. If it is supposed to be open, then leave it open. Don’t drive your vehicle off of the roads either. This damages the soil and vegetation. The resources the land offers and the ones that are man-made should be treated the same. Many ranchers have stock tanks or water troughs that they have built and managed for years. When someone does something like put chlorine tablets in a few of those to make an animal have to hit a certain water source, that is absolutely unacceptable. 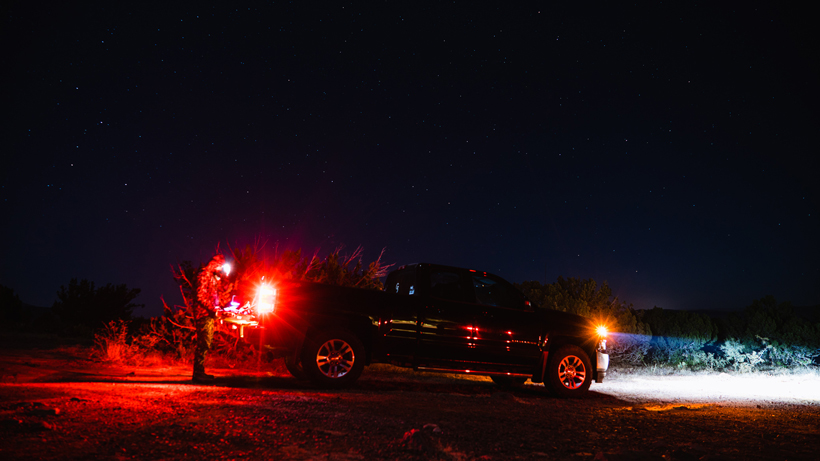 Etiquette can be defined as ” the customary code of polite behavior in society or among members of a particular profession or group.” We don’t have to all be friends, but we are definitely all in it together. The hunting community is no doubt a group of people. So, let us be courteous to one another. It’s also in our hands for future generations to come. As I sit here and write this, I have my first child on the way. This makes me hope that he or she has the same opportunities that I have, should that child choose to become a hunter. Let us not ruin what was so graciously given to us from past generations. Respect the land, respect the resource and respect the hunt.