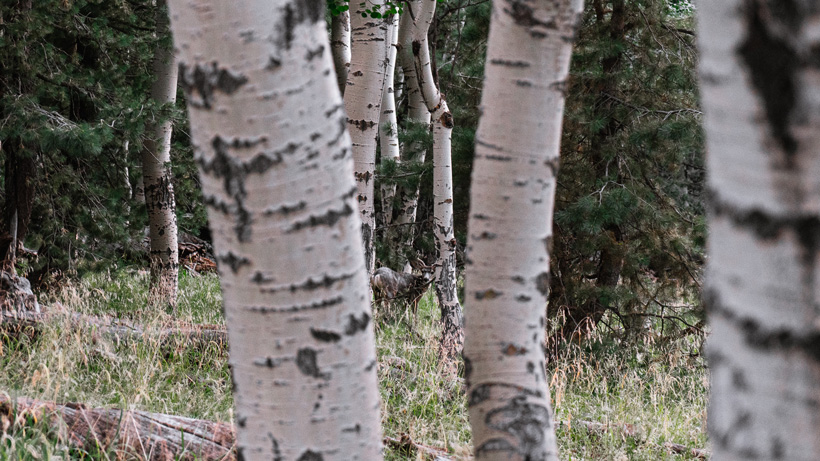 “Hunting is conservation.” That is something that we’ve all heard in the hunting world and probably some outside of it. Most of us probably know what this means by now, but I bet there are still people who are foggy on the topic. Especially those who are new to the scene. Which goes to say that the folks on the outside of hunting definitely don’t know what it means. It’s not something that’s often in the limelight. It isn’t sexy. It isn’t some new piece of gear or giant bull elk that draws people in from all around. No. But it is the reason why you get to enjoy that stuff whether you realize it or not. Conservation is what helps hunting work. Without conservation, hunting wouldn’t be what it is and, without hunting, conservation wouldn’t either. Their relationship makes our world go round. But how? How does hunting help conservation efforts?

Before diving into the question at hand, first, let’s define conservation. What is conservation? Well, conservation can be defined as “prevention of wasteful use of a resource.” So, in terms of hunting and wild places, it is practices put in place to help both animals and habitat. These are natural resources — resources that can naturally replenish themselves. Preserving them should be in the best interest of every hunter and outdoorsman/woman in existence as well as those who have yet to come. Conservation is the reason that we are still able to live the wild lives we do. If you love something, I think it’s natural to want to save that thing should it face any sort of danger. In light of that, there are many different organizations dedicated to doing just this like the Rocky Mountain Elk Foundation, the Mule Deer Foundation, the Theodore Roosevelt Conservation Partnership and Backcountry Hunters and Anglers. These organizations are always fighting the good fight in the name of our rights with conservation in mind. Each one has a certain focus, but they are all under the same umbrella of conserving what is natural and preserving it for future generations. 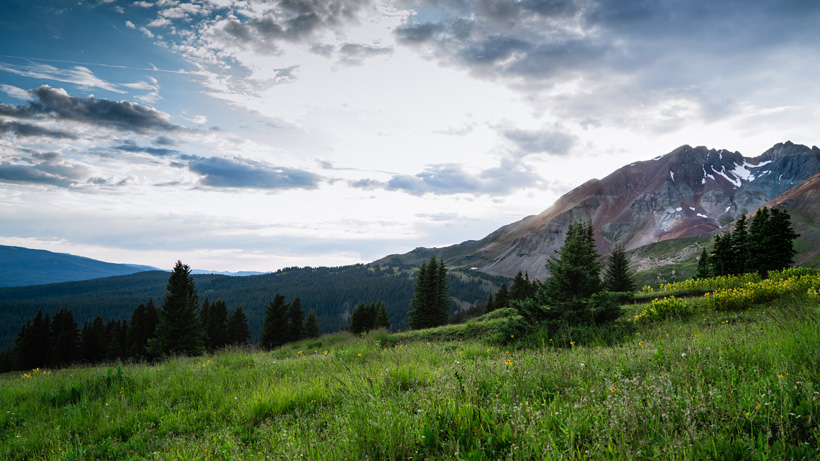 In this day and age that we live in, with growing populations and more and more construction of new properties, conservation efforts are necessary. It makes me sad to say, but it’s the truth. Personally, I wish we didn’t need it, but we do. If it weren’t for wildlife conservation, many species of animals wouldn’t continue to exist. The effects of market hunting long ago brought game populations to an all time low. It was because of conservation efforts we were able to bring these species back from the brink of extinction. Could you imagine? A world where bull elk didn’t roam our lands? Or where those little clouds of dust way out in the prairie from antelope running ceased to exist? That likely would have been our reality if it weren’t for those that cared about such things. It doesn’t stop at just animals though. The land in which they live is equally important. With the rising populations I mentioned earlier and greedy deep pockets of others, our lands are at stake. To one person, it’s a paycheck. To another, it’s a birthright. We must look beyond ourselves to answer the question why.

Where does hunting fit in? 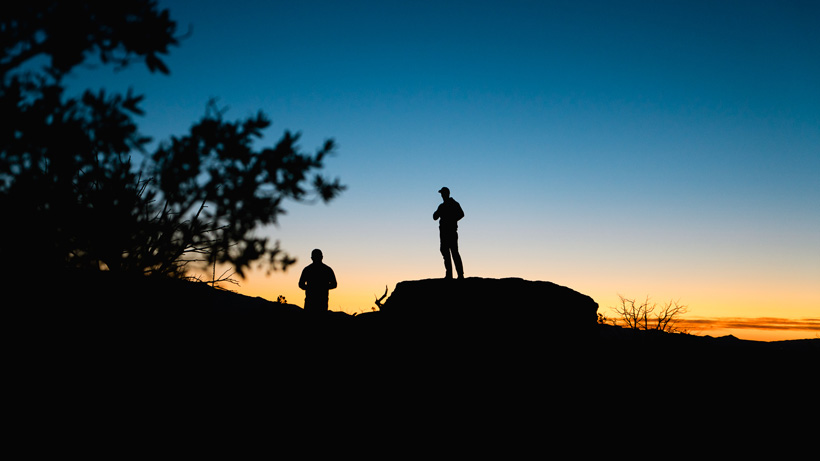 So, where does hunting fit in to all of this? We just talked about the negative effects of market hunting. Why would we still want hunting around? The fact of that matter is that we, as a species, have made a significant impact on the natural world through our time here. We’ve, in a way, put a stain on the landscape and disturbed the natural flow of things. There are far less wildlands than there used to be, which means there are less areas for critters to call home. This means that we need wildlife management — a way to keep populations in good healthy conditions within these more confined habitats they call home.

The most effective way to manage game populations is through regulated hunting. By doing so, we can harvest a certain number of animals within a given area. With the lack of space, it is a necessity to avoid overpopulation and the issues that come with that. As far as deer are concerned, ticks and lyme disease come to mind. Too many deer equals too many ticks and ticks carry lyme disease. Increased animal-vehicle collisions is another one. While there weren’t highways long long ago, now there are, and it poses a real danger to us and the animals. Hitting a deer going 75 mph isn’t pretty. Why not let the predators take control though, right? Surely, they’ll keep deer numbers in check. Not exactly. Predator numbers need to be managed, too. If there are too many predators, it will have a negative impact on the herds and, then, turn into a negative impact on the predators. With too little, we run into another imbalance because fewer animals are being taken by predators. It’s all about striking a balance between the two. Whether one is talking about managing predator numbers or deer numbers, it all falls into the same bowl. 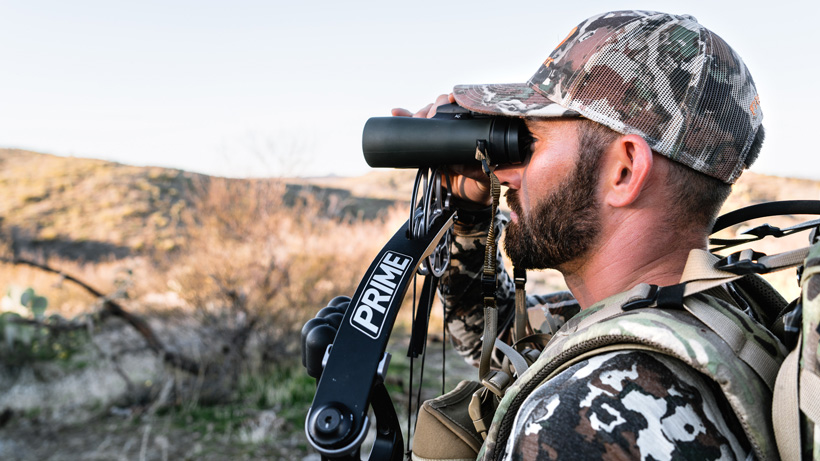 Of course, to enforce these management practices we need agencies like state game and fish departments — people who dedicate their lives to wildlife and habitat. These are the folks who study populations and determine the proper number of tags to be given out to keep those populations healthy and thriving. That is something that is going to vary from area to area. Some places might only be accessible to hunt through a lottery system while others might sell tags right over-the-counter. They’re also in charge of making sure we’re all following the rules. If there weren’t any rules about harvesting game, we’d likely run out of game to harvest. Remember what happened with the market hunting? It needs to be regulated for the populations to thrive. In order for these folks to have the funding they need to function, they need hunters buying licenses and tags. $800 million in licences are sold nationwide each year. We pay their salaries and they work tirelessly in the name of wildlife management, conservation and biology. The two of us need one another.

Another resource for funding wildlife and conservation comes from the Federal Aid in Wildlife Restoration Act. This is more commonly known as the Pittman-Robertson Act. Back in 1937, Franklin D. Roosevelt approved and signed this Act in order to help fund conservation efforts. What it did was put an 11% excise tax on firearms, ammunition and other related equipment. That money goes to the Secretary of the Interior who distributes it to all states and is divided out based on the area of the state and number of licensed hunters. Since its creation, the Act has provided over $18.8 billion dollars to states. Without it, species like the whitetail deer, wild turkey and the wood duck would have likely gone extinct. 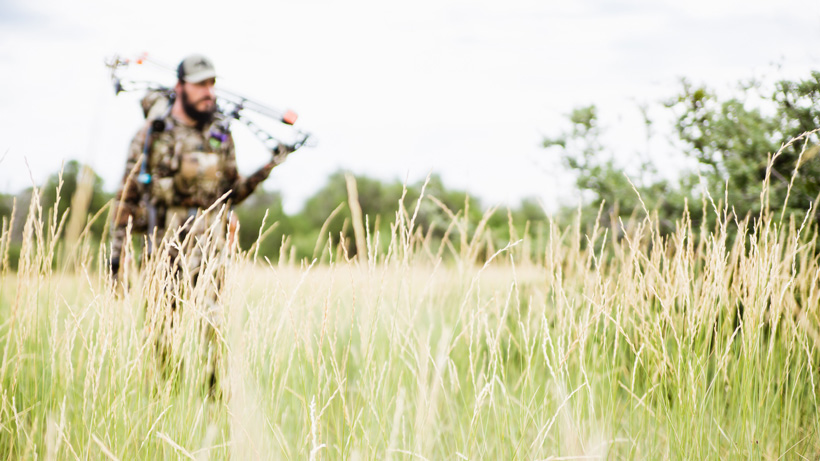 Each year that goes by, the land and animals look a little bit different to me, especially places that I frequent regularly. Suddenly, I see them and am stricken with hope — hope that I’ll get to look at this population of deer right in this same meadow when I’m old and gray. Hope that I’ll get to show my children those deer and see the light in their eyes grow brighter for such things. From the rocks beneath my boots to the mountain breeze that fills my lungs with vigor, it all belongs. We may have infringed on the natural world and even made a negative impact in the beginning, but we’ve also done wonders to restore it. Success stories come to light every year of habitat restoration or a new plan in place to help a certain population. All of this is possible through conservation and the undying interest of hunters and others alike to save such things. Hunting and conservation. They are two peas in a pod.

Let me leave you with a quote:

“There is a delight in the hardy life of the open. There are no words that can tell the hidden spirit of the wilderness that can reveal its mystery, its melancholy and its charm. The nation behaves well if it treats the natural resources as assets which it must turn over to the next generation increased and not impaired in value. Conservation means development as much as it does protection.”