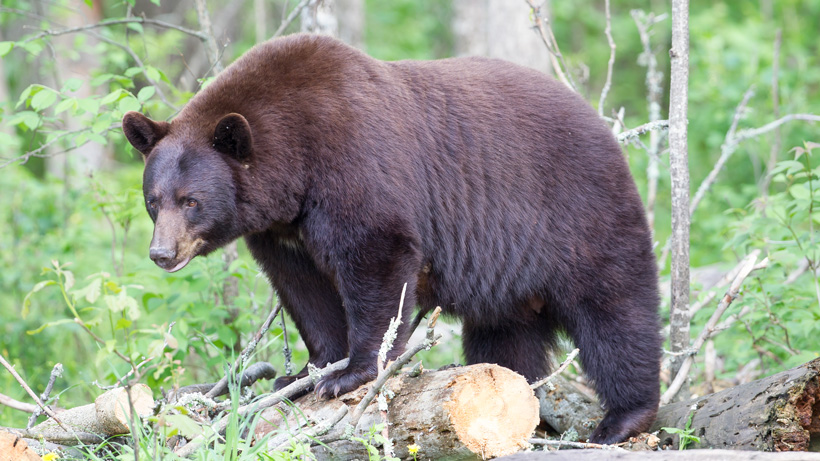 Predators have been a hot topic the past few years. A quick search on goHUNT and you'll see that wolves, mountain lions, black bears and grizzlies make a lot of the recent headlines.

Recently a lot heated discussions have switched to Florida. In 1994, the Florida Legislature banned the hunting of black bears in their state. It wasn’t until 2012 that they were delisted from a threatened species status.

2015 was the first black bear hunting season in Florida in over 21 years. Permits were $100 for residents and $300 for nonresidents. A total of 3,776 bear permits were sold, 99 percent (3,724) of which were purchased by Florida residents. Before the hunt even took place, hunters were being harassed by anti-hunting groups. These groups obtained the email addresses of every tag holder.

According to the FWC, bear populations in Florida are up 60% since 2002 to a population level of roughly 4,350. Even though Florida took a conservative and scientifically based approach to reinstating a limited bear hunt, they have still been heavily criticized for the hunt.


Florida black bear harvest objectives, and actual harvest for four of the seven Bear Management Units (BMU) that were open for bear hunting in 2015.

The 2015 harvest quota was set at 320 bears and the week-long season ended after only two days due to 298 bears being harvested (later a total number of 304 was released). The reason the season ended early was because the Florida Fish and Wildlife Conservation Commission (FWC) was concerned that too many bears would be taken if hunting continued. 78% of the bears taken in 2015 were on private land. And of the total bears taken, 59% of the bears were female and 41% were males. 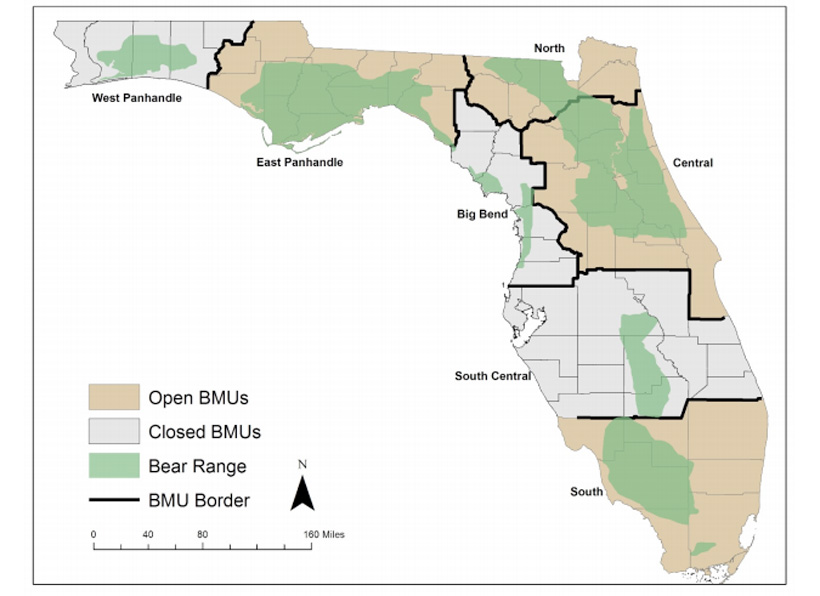 Recently the FWC voted 4 to 3 to not hold a black bear hunt in 2016. Oddly, the hunt was passed by a 6 to 1 vote in 2015. Commissioners in support of the hunt were Aliese Priddy, Charles Roberts and Richard Hanas and commissioners that voted against the hunt were Brian Yablonski, Bo Rivard, Robert Spottswood, and Ron Bergeron. Note: The three commissioners who rejected the hunt for 2016, approved the hunt last year.

In developing the 2016 hunting plan, FWC “used the latest, cutting-edge, peer-reviewed science to develop a recommendation” for a hunt that was more conservative than the one held in 2015. The focus in 2016 would have been on hunting in areas with high human-bear conflicts, less permits given out and not allowing bears to be hunted that have cubs.

Prior to June 14, three biologists sent a letter to FWC that questioned the science the agency developed regarding Florida’s comprehensive bear management program. The claims made by Dr. Matthew J. Aresco, Joseph M. Guthrie, M.S., and Dr. Joseph Travis stated that the work conducted by the Florida bear experts was false. You can read more on the stance Florida made when they published a follow-up article stating the facts around the science.

What does this mean?

So you may ask yourself, what does this mean to me as a Western hunter? A lot actually. Recently in 2012, California Governor Jerry Brown signed SB-1221, a bill promoted by the Humane Society of the United States (HSUS), that made hunting bears and bobcats with hounds illegal. The basis of this law, according to a HSUS press release is that “Hound hunting is an unnecessary and cruel practice, opposed by 83 percent of Californians, in which dogs are released to chase frightened wild animals often for miles, across all types of habitat.”

There are systematic attacks on hunting all of the time. In this case, despite an ever growing black bear population, anti-hunters have succeeded in bypassing scientific management practices and removed the decision making power of biologists. At the same time this will only lead to further reductions in the funds generated for conservation by hunters. While you may never plan to hunt in Florida, the fact that they were able to so easily revert a hunting season is very alarming.

No matter where you live or what method of hunting you prefer, all hunters must present sound arguments in favor of hunting. Wildlife management and recreational opportunities must be supported by science and not based on the emotional responses of people on social media. We all must stand together.