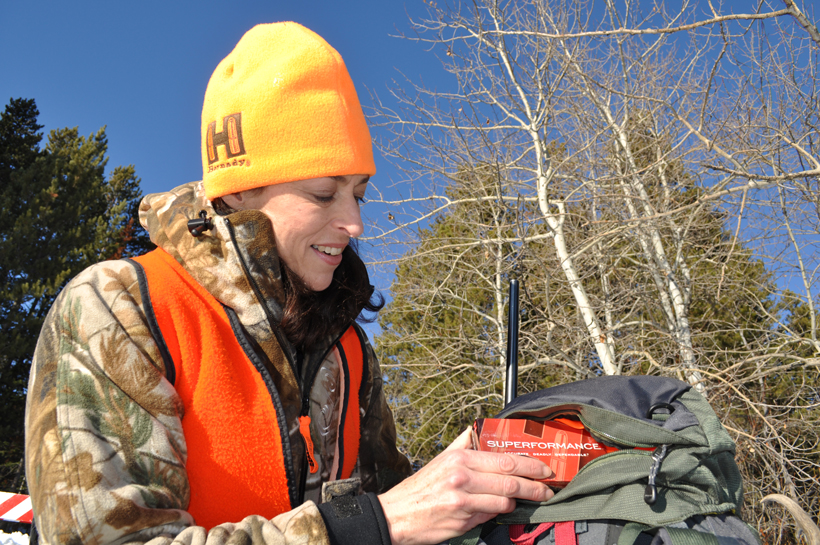 You don’t need big bucks to harvest big bucks! When my wallet feels skinny, I have learned a few ways to make big game hunting more affordable without reducing my chances afield:

A do-it-yourself hunt on public land is the most economical way to hunt big game. Approximately 700 million acres of land in the United States – most of it administered by the BLM, the Forest Service and each individual state – are open to hunting. That said, public land is not distributed equally. Nevada has the highest percentage of land for hunting, about 76%, followed by Alaska (74%), Utah (66%) and Idaho (65%).

Hunting pressure is another consideration. If you are from a state with a small land mass, a low percentage of public land and lots of people, such as Connecticut and Massachusetts, you won’t have the public woods to yourself. Likewise, the odds of hunting without company are highest in states with lots of open land and low population density, such as Alaska, Wyoming and Montana.

Accessibility is another key part of the picture. Alaska may have tons of territory, but getting to it usually requires an air charter, which can be costly. In a place like Colorado, which has 11 national forests (15 million acres) of which 94% is within two miles of a road, hunting is easy to reach. Regardless of where you go, if you are willing to hike, you will find more game and fewer hunters.

If you are willing to camp, you will save even more. The national forests contain numerous public campgrounds where you can park an RV or pitch a tent, usually for less than $20 per night, first-come first-served. Dispersed camping is free. Camping puts you closer to the hot spots and comes with added savings on food. You can bring groceries and cook. 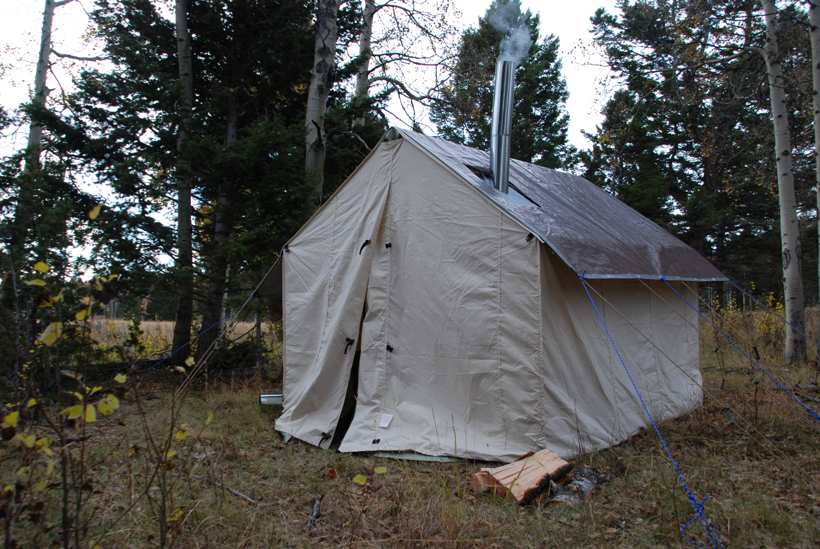 If you don’t have a camper or a tent, you can often find a reasonable room in a nearby town. I used to rely on websites such as Hotels.com to find a cheap pillow, but now I look further, especially the local Yellow Pages. Often the cheaper mom-and-pop motels aren’t listed on major travel websites but are the most hunter-friendly. Plan ahead! Local lodgings fill up for hunting season, often with the same people booking year after year.

Budget hunting does not preclude booking a guided hunt. If you are new to big-game hunting, an outfitter can help you find game efficiently and coach you through the nuances of an area and an animal. If you are not a resident of the state and you must fly there, it can be cheaper to pay an outfitter to help you harvest an animal in one trip rather than making three do-it-yourself excursions. If you are short on time and knowledge and/or you need horses, wall tents with woodstoves and other heavy camping gear that won’t fly well, an outfitter is the most efficient and least stressful way to go.

You probably already know it’s drastically cheaper to hunt within your home state. For example, if you are going for a trophy elk in Colorado, a non-resident bull tag costs $604, compared to $49 for residents. The license might be only part of the cost of the tag. Many states have a preference point system in which hunters accumulate points toward drawing a tag for both a species and a location. Each point requires a nonrefundable fee, often $50 or more, and it can take five or more years to bank enough points to have a chance at a tag. Be sure to look at both the cost of the hunting license and the preference points, if any, to determine the full price of a tag.

Unless you have a disability that requires using an ATV, consider leaving your ATV at home. 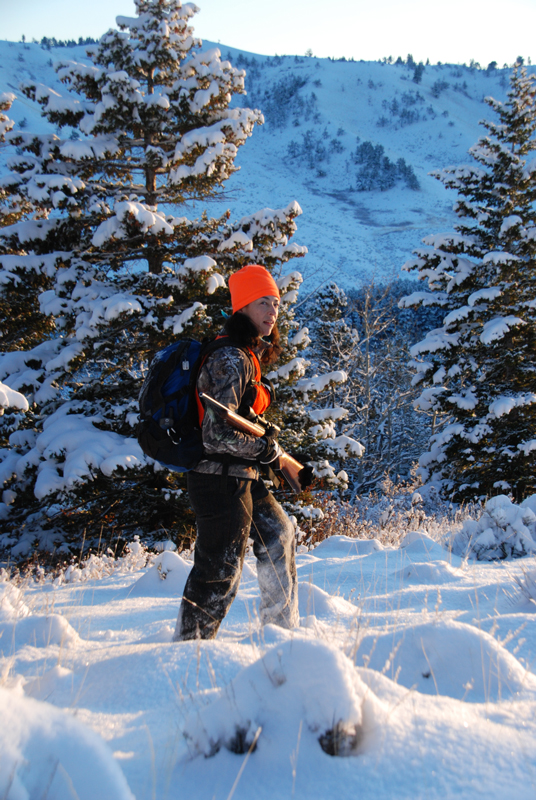 In many cases you can drive a pick-up to the same spot where it’s legal to drive a four-wheeler. You will also save on gas by not pulling an ATV trailer.

The right gun is not only about caliber but also about ammunition. If properly cared for, a rifle that costs $500 will last many decades. In this price range, if you hunt regularly, you will spend more on cartridges over the life of the rifle than the rifle itself, particularly if you don’t choose wisely. 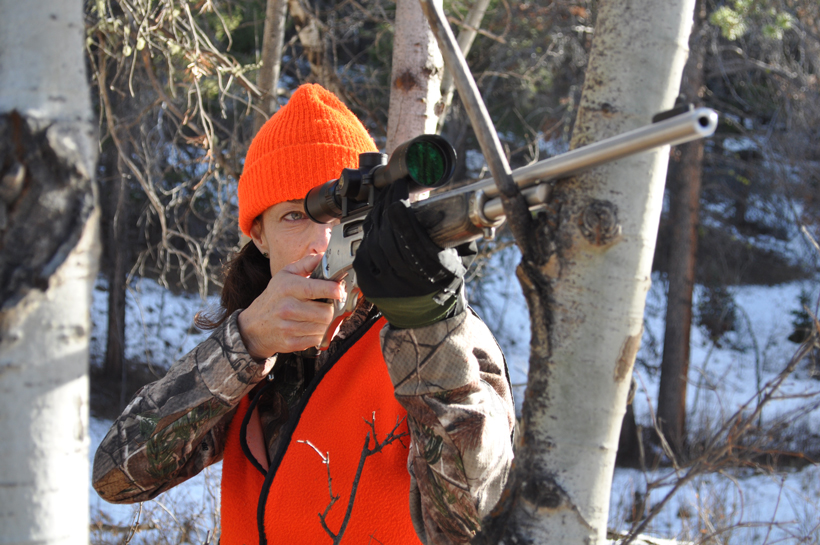 Some cheap guns require expensive ammo. Stick with common calibers, such as a .30-06 for elk, and you will save money for as long as you own the firearm.

Almost every manufacturer makes an economical scope for about $100, but unlike your gun, if you opt for cheap optics, you give up quality and durability. If your gun mainly sits in your vehicle, an inexpensive scope may be fine, but if you are a backcountry hunter, plan to spend closer to $300. As scopes increase in price from around $100 to $300, they provide substantial improvements in clarity and sturdiness. Above $300, you pay a lot for only small improvements. Your money would be better spent on a heavy-duty mount and rings. 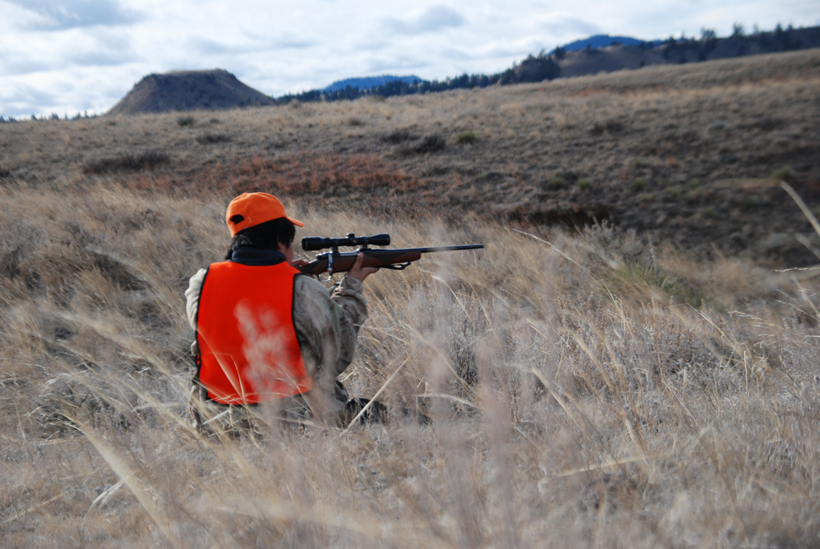 Hunting optics also include binoculars. Like scopes, there is a big difference between a cheap pair and a medium-priced pair, but is there a noticeable difference between $400 Nikon’s and $1,200 Leica’s? Not enough to prevent you from spotting elk in a clearing a half-mile away.

Though many hunters get hung up on camo patterns and scent control, the most critical consideration is sound. Quiet hunting apparel does not have to be expensive. If you shop at major outdoor stores, a store-brand jacket such as RedHead at BassPro Shops costs about $60 compared to $200 for a similar name-brand jacket. 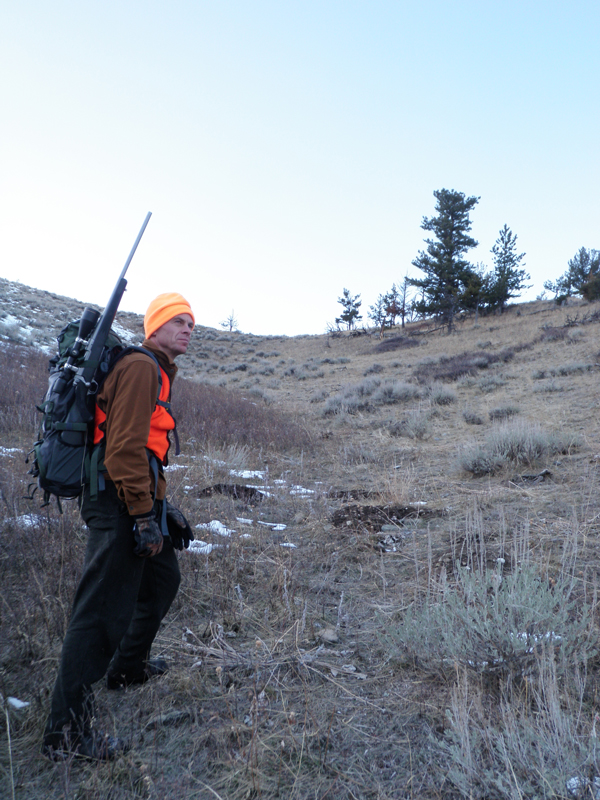 Another good source of hunting-wear is your local second-hand clothing store where a pair of wool, forest-green trousers might siphon $15 from your wallet but provide you with a decade of quiet, comfortable days afield.

There are more gadgets for hunting than trees in a forest, but only a few are critical: Disposable toe warmers on cold days allow you to get by with one pair of lightly insulated hunting boots, rather than multiple pairs for different types of weather. If you are a backcountry hunter, you need a sturdy backpack to carry gear and to pack out meat. You also need a dependable headlamp to see in the dark and a sharp knife to field dress animals.

Do you need a GPS and a range-finder, two other common hunting accessories? If you wish to carry a GPS merely to get back to your vehicle, a Bushnell Backtrack ($60) can guide you as well as a Garmin Etrex ($200). A decent range-finder costs about $300, but if money is a concern, it’s okay to guess at the distance between you and a mule deer and be off by 40 yards. You might hit it two inches lower than you intended, but you will still drop it.