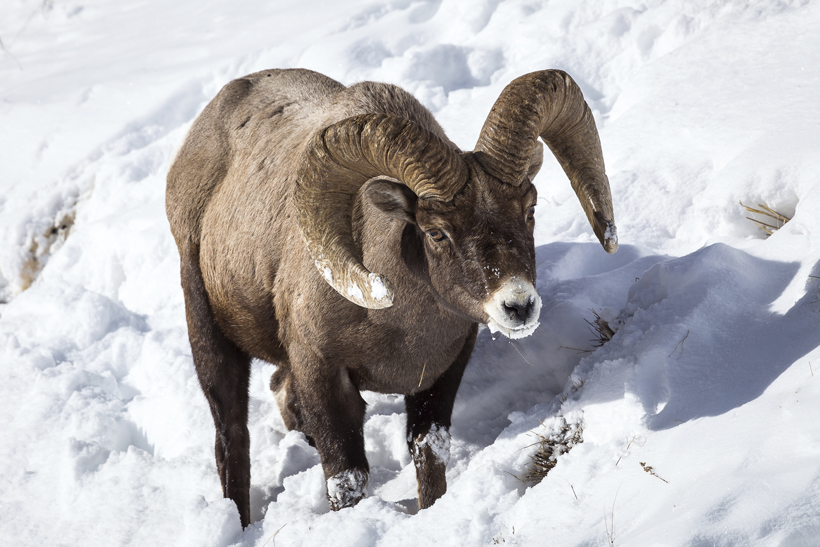 Bighorn sheep were once one of the most widespread wildlife species in the West, with populations estimated to be as high as two million or more. By the turn of the 20th century, settlers swept into the region, and over-harvesting, habitat loss, and disease transmission caused the sheep population to plummet to just thousands.

Conservation efforts — including the reduction in bighorn hunting licenses, transplant programs, the establishment of natural parks and wildlife refuges and reintroduction programs — have helped curb the bighorn’s rapid decline and even enabled the population to slightly rebound, but bighorns today still only occupy a fraction of their former range and their population stands at less than 10% of historic numbers.

Arizona’s bighorn sheep population consists both of Rocky Mountain and desert subspecies and is currently estimated at about 6,000 animals. This is a substantial reduction from the numbers thought to once be present. The causes for this drastic decline were largely attributed to exposure to livestock-born parasites and diseases. However, thanks to aggressive efforts in translocating sheep and creating livestock-free refuges, Arizona wildlife management has been able to curb the decline and slowly help the bighorn population edge upwards.

Colorado implemented a fairly aggressive trap and transplant program throughout the 1970’s, 1980’s and early 1990’s in order to expand the range and populations in the state. Those efforts resulted in an increase in herds and an overall significant increase in Rocky Mountain bighorn sheep, which rose from about 2,000 in the 1950’s to approximately 7,000 today. According to Colorado biologist Andy Holland, “we essentially transplanted bighorns into most of the suitable habitat that does not have domestic sheep grazing.” 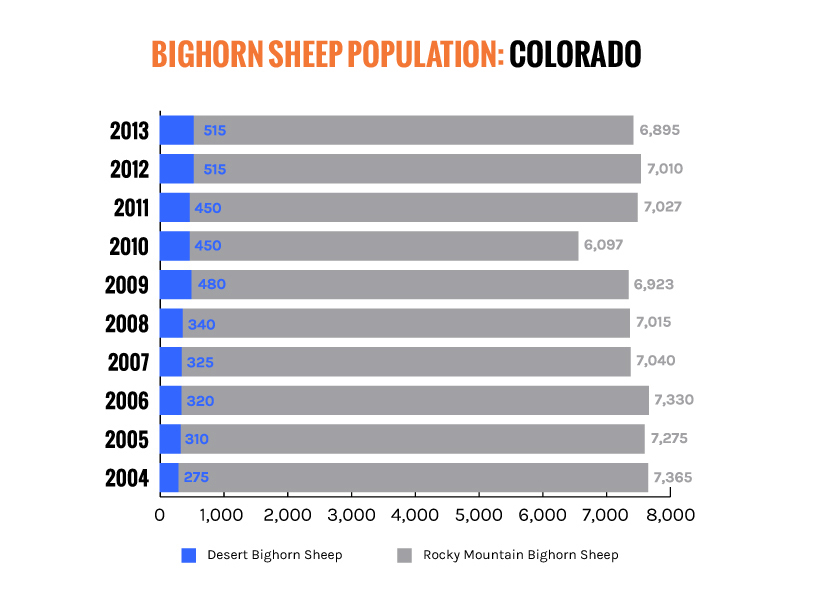 The stateside Rocky Mountain bighorn sheep population estimate has remained steady around 7,000 since 1990. The estimate did decrease somewhat from 7,300 in 2004 to 6,900 post-hunt 2013. About 6,000 of those are hunted in Game Management Units and the other 1,000 are in areas closed to hunting (like national parks) or in smaller herds that are not large enough to open a hunting season. Holland maintains that overall, bighorn sheep in Colorado “are doing well and are stable, but of course, individual herds will have declines or increases over time.” 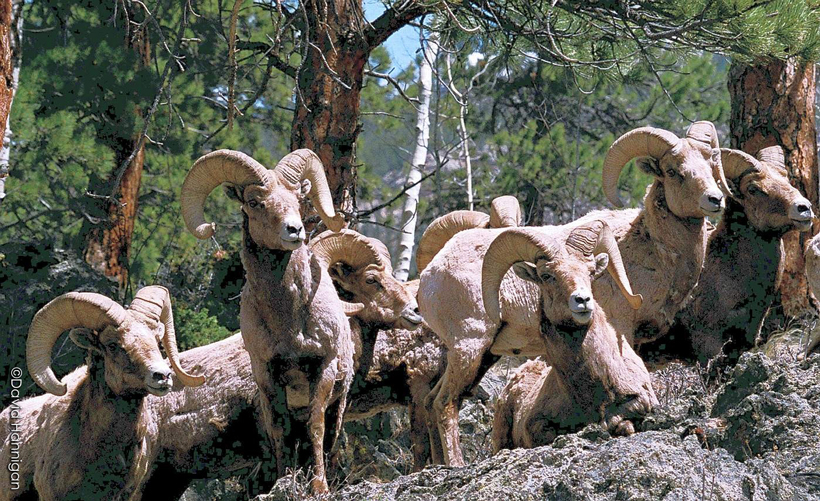 While some of the herds are either at or above objective levels, others are far below where wildlife managers would like to see them. There are some herds that are habitat-limited, particularly on winter range. Disease has also been a serious limiting factor for the number of bighorns a herd can handle. Disease-related die-offs, which can occur after contact with domestic sheep and goats, are “always a consideration when managing wild sheep,” confirms Holland. And unfortunately, “we’ve repeatedly observed that bighorn populations increase to a point where they experience a disease related die-off that reduces the population and negatively affects lamb recruitment, sometimes for decades.”

The most recent bighorn sheep compilation in Montana was taken in 2010, showing 5,964 sheep statewide. The actual number, however, is likely to be higher as not every bighorn was part of that survey. The population consists of 46 distinct herds which vary in sizes from 20 sheep to several hundred. 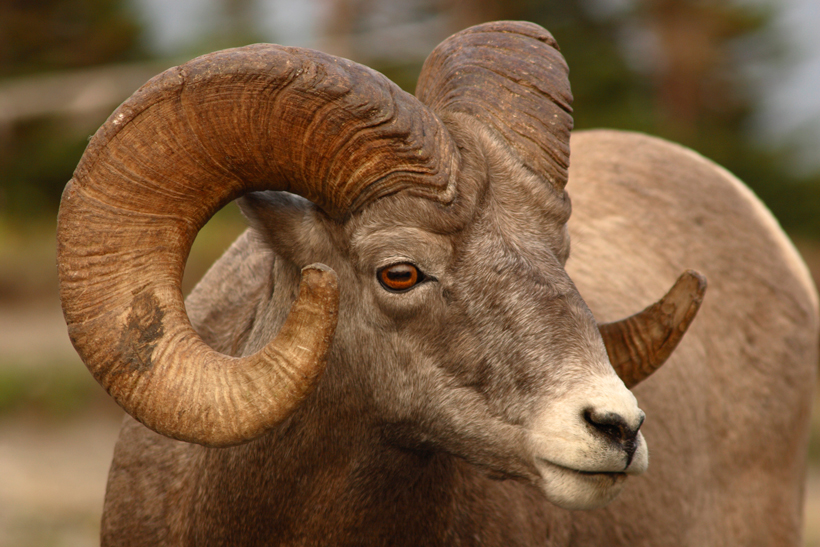 There are 40 bighorn sheep hunting districts in Montana. Five are “unlimited districts” and eight are currently closed to hunting.

Through the state’s trapping and transplanting program, the number of desert bighorns has increased from less than 3,000 in 1980 to nearly 9,000 in 2014. California bighorns were reestablished in the northwestern part of the state in the 1990s and now have nearly 2,000 sheep spread out in northwest Nevada. 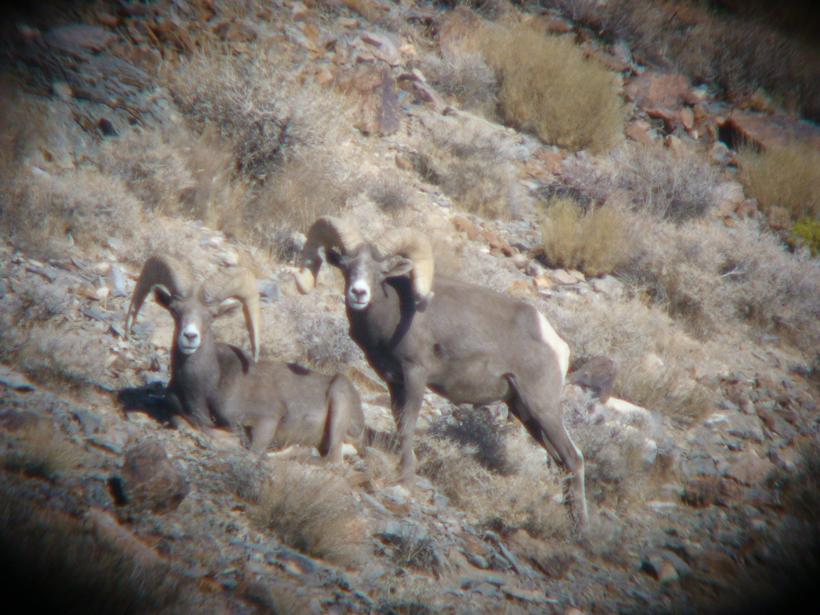 Rocky Mountain bighorns are confined to northeastern Nevada, which inherently implies that their numbers will always be fewer. In total, there are an estimated 10,000 bighorns across the state. In fact, the Nevada Department of Wildlife (NDOW) has been so successful at “putting sheep back on the mountain,” says NDOW public information officer at, Chris Healy, Nevada now has more sheep (of three sub-species) than any other state in the lower 48. 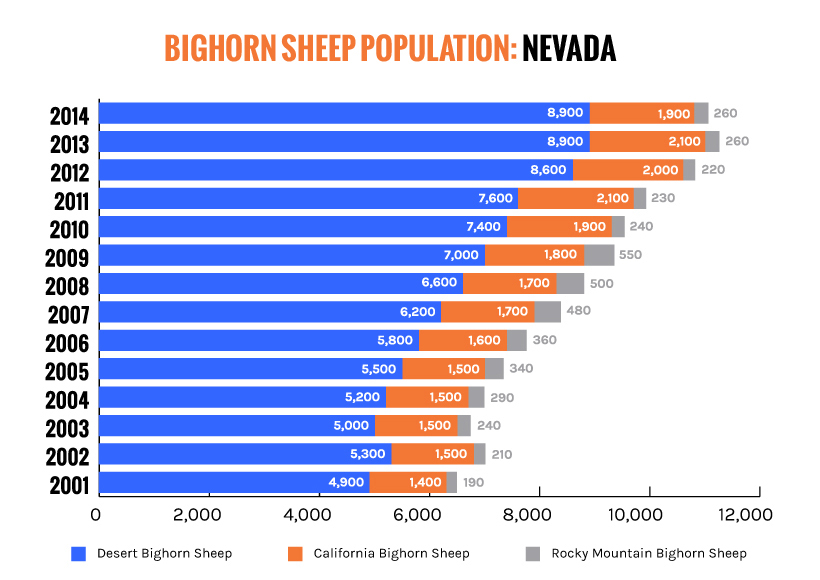 The biggest challenges to NDOW bighorn sheep managers is to understand and manage the herds that have been placed back on the mountains in order to ensure disease events are kept to a minimum.

Starting next year, the New Mexico Game Commission will make 36 bighorn ram licenses available in the annual public drawing — an all-time high. Sixteen of those licenses will be for Rocky Mountain bighorns while 20 will be for desert bighorn rams. 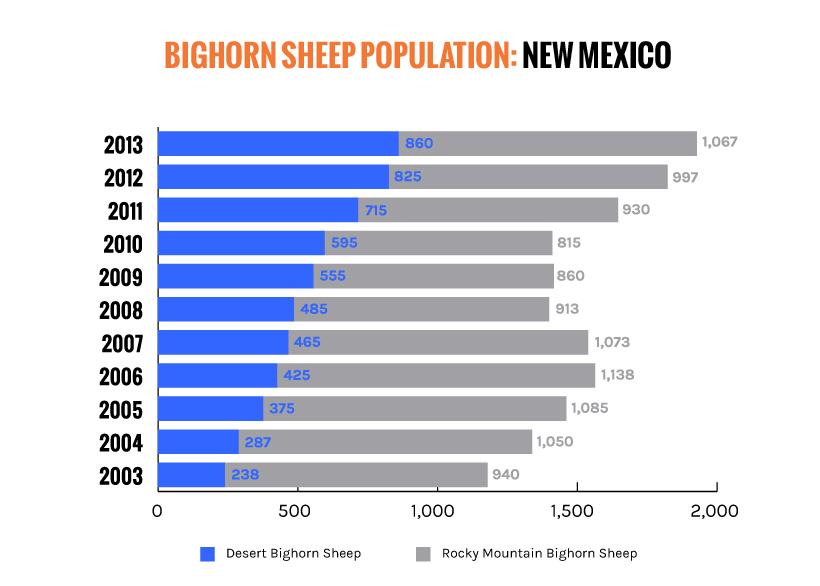 The tag quotas are a significant increase from only one desert bighorn license issued in 2011 and is largely attributed the successful reintroduction and management efforts by the Department of Game and Fish in partnership with the Wild Sheep Foundation, the Bureau of Land Management and private landowners.

Rocky Mountain and California bighorns can currently be found in the northern half of the state. The current statewide population estimate for Rocky Mountain bighorns managed by DWR is around 2,200 sheep and has shown an upward trend over the past 15 years. Of the total population, about 770 are considered California bighorns and are only found on Antelope Island, the Newfoundland Mountains and the Stansbury Mountains.

Utah currently has 12 distinct populations of Rocky Mountain and California bighorns, all of which are the result of translocation efforts. Six of these populations are showing increasing trends, three are stable and three are showing declining trends or have low numbers of sheep. 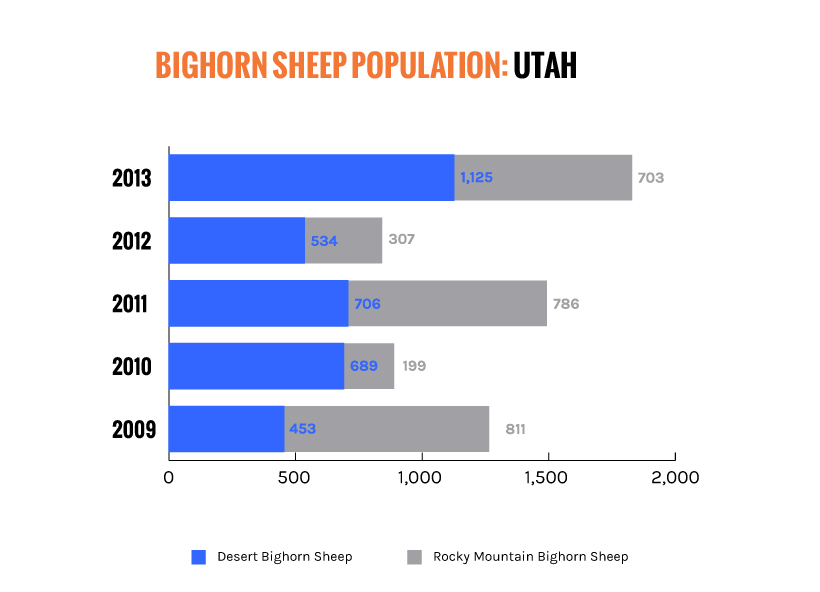 Desert bighorns inhabit southern Utah and are more abundant than Rocky Mountain bighorns. Substantial numbers occur across the Colorado Plateau including the San Rafael Swell and throughout the Colorado River and its tributaries. The current population estimate for desert bighorns in Utah managed by DWR is 2,000 sheep and has been relatively stable for the past 10 years. Utah currently has 12 distinct populations of desert bighorns. Of those 12, three are showing increasing trends, four are stable and five are indicating declining trends or have low numbers of sheep. In addition to those herds, desert sheep populations can also be found in Arches, Canyonlands, Capital Reef, Zion National Park and on Navajo tribal lands. 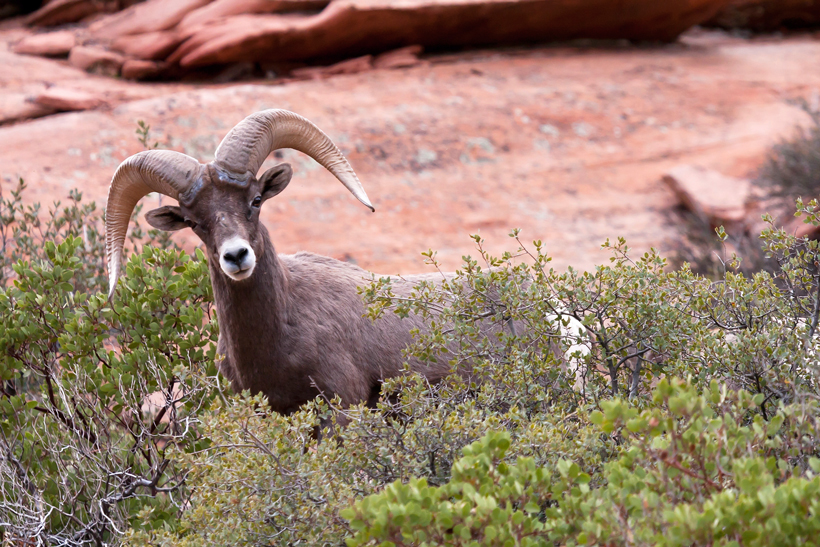 Human activity and development continue to threaten bighorn sheep populations in Utah. The mortality rate of first-year lambs at Arches has been alarming in recent years. Though no specific cause has been identified, this trend may be due to a rise in vehicle traffic along highways coming into Moab.