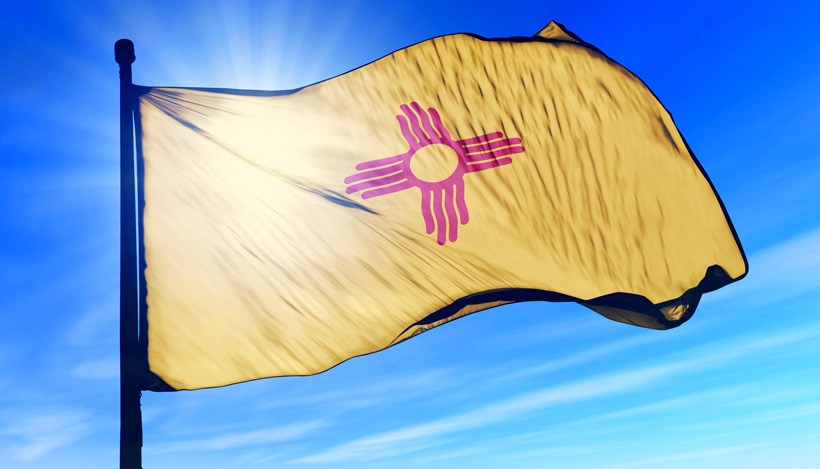 Last week representatives of the New Mexico Council of Outfitters and Guides (NMCOG) met with the Secretary of Tourism and Director of Marketing to discuss the economic contributions of the hunting industry to New Mexico tourism. Hunting is currently the second highest grossing recreational industry in the state shadowed, only slightly, by the New Mexico ski industry.

New Mexico hunters spend over $400 million on hunting-related expenditures annually, according to a study conducted by the New Mexico Department of Game and Fish (NMDGF). The study focused on the economic contributions of hunting, fishing and trapping in 2013. This number is astounding once you realize that hunting is not currently recognized nor promoted by the New Mexico Department of Tourism as a recreational segment under their "True Outdoors" campaign. The New Mexico True Outdoors campaigns, created by the Department of Tourism, have been wildly successful in marketing many outstanding attributes of our great state; however, world class elk hunting and once-in-a-lifetime opportunities to harvest free ranging African oryx are still suspiciously missing from all tourism initiatives.

It is no secret that there is a negative social stigma associated with the word "hunting" in the state of New Mexico and in many other places across the globe. NMCOG hopes to help reverse this negative perception by educating people on the benefits that hunters provide to wildlife conservation as well as their contributions to the local economy in the form of tourism dollars. 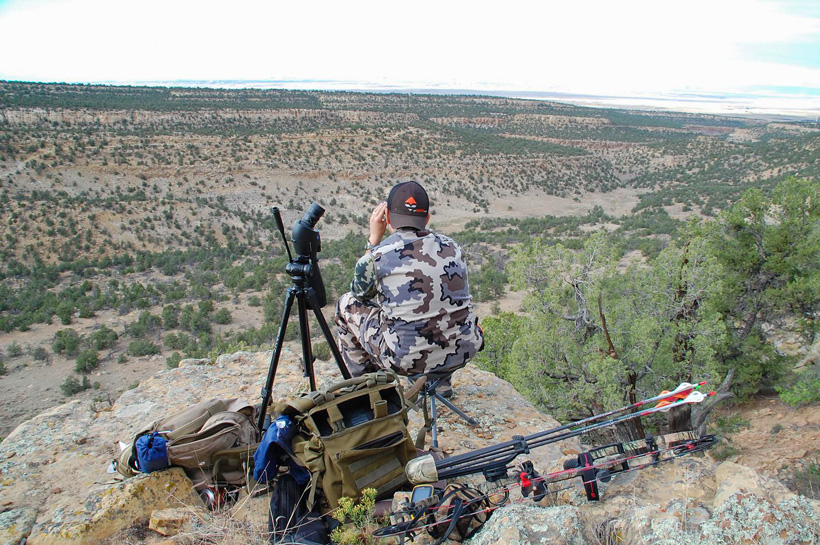 According to expenditures reported by the NMDGF, direct spending on retail items related to hunting consists of 25% of all retail sales within the tourism industry. In addition to retail spending, both resident and nonresident hunters contribute substantially to other segments of the tourism industry through lodging, transportation, food and fuel. While the majority of tourism spending is centered within major metropolitan areas like Albuquerque, Santa Fe, and Las Cruces, much of the money spent on hunting in New Mexico goes to the rural communities where big game hunting takes place.

Tourism is a $5.5 billion dollar industry in the state of New Mexico, according to a 2011 study conducted by the Department of Tourism. The Bureau of Business and Economic Research reports that New Mexico tourism is within the top 10 industries for economic contribution to the state's gross domestic product. Tourism ranks 7th behind government, real estate, scientific services, healthcare, oil & gas and manufacturing.

New Mexico counties like Mora, Catron, Union, Lincoln and Sierra rely heavily on hunting to sustain their county economies. These counties are at least 20% dependent on tourism-generated employment to sustain their local economy. In these counties, where wildlife and livestock populations far exceed that of the human race, hunting is the primary and often exclusive driver of tourism for this area. According to the NMDGF, approximately 86,000 individuals participated in sport hunting in 2013 and the industry sustained over 4,700 jobs — many of which were located in rural communities.

Residents are the foundation of New Mexico hunting 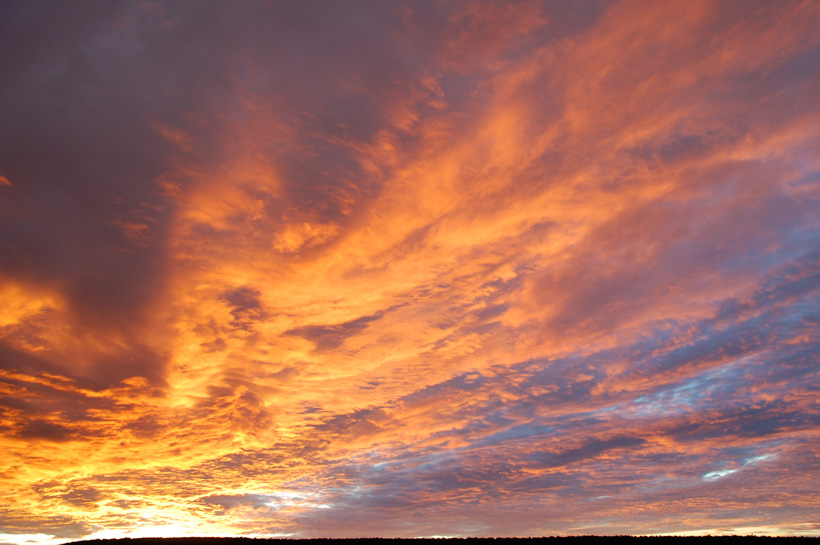 Nonresident hunters are the financial backbone of New Mexico

Although nonresident hunters account for just 22% of participants, they generate 37% of total industry expenditures and over 60% of the total revenue generated by the NMDGF through the sale of hunting licenses. Nonresidents are the reason that resident licenses remain reasonably priced and they also ensure that New Mexico retains a strong and capable game and fish agency to oversee management of wildlife resources. In addition to license revenue, nonresidents contribute indirectly to the NMDGF annual budget through an 11% excise tax charged on all guns, ammunition and archery equipment established federally by the Pittman-Robertson Act of 1937 which assists states with the management of wildlife habitat. Nonresidents also contribute to wildlife conservation through their membership support of organizations like the Wild Sheep Foundation, Rocky Mountain Elk Foundation, Safari Club International, Mule Deer Foundation and National Wild Turkey Federation. Over the years, these organizations have donated over $50 million to New Mexico for the purpose of maintaining our abundant wild game. Nonresidents are the financial backbone of the New Mexico hunting industry. 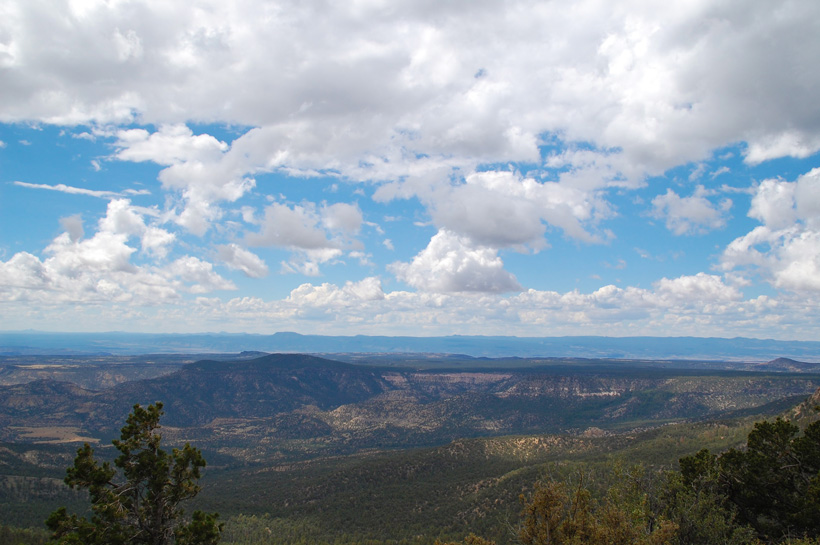 Outfitters and guides play an intricate role in the hunting industry. Each outfitter represents a small business. They hire guides and other employees each season, they operate in predominantly rural areas, and they pay state and federal taxes. Outfitters pay New Mexico gross receipts tax on each hunt that is sold, equating to an industry total of approximately $3.5 million annually. This is in addition to the $51 million in state and local taxes paid by the hunting industry itself. Outfitters also pay 3% of their gross revenue to the U.S. Forest Service, U.S. Bureau of Land Management and State Land Office in order to maintain special use permits that allow them to operate hunts on public lands.

On average, an outfitter facilitates hunts for 52 individuals per season, which equates to an industry total of 14,000 hunters. 90% of an outfitter's clientele consists of nonresidents and many times a client will return to New Mexico for another hunting opportunity or with their family for vacation simply because they had a positive experience with their outfitter or guide. Outfitters facilitate nonresident tourism and they also work with private landowners to provide hunter opportunity on lands that might otherwise not be accessible. 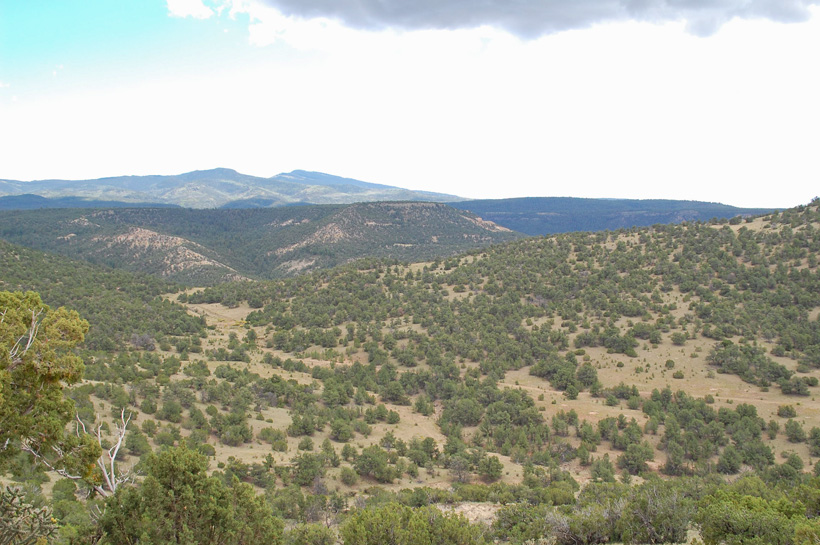 Of the total landmass in the state of New Mexico, 58% is privately owned. The hunting industry is dependent on landowners to provide adequate habitat, water and forage for big game animals across 45 million acres of private land. Additionally, through a number of private land game management programs established by the NMDGF, landowners provide access to hunters for the purpose of game management. Within these programs, many landowners will work with a trusted outfitter to ensure that the hunters who access their private property are of the highest ethics and integrity. These private land programs help provide opportunity in areas that would otherwise be off limits to tourism of any kind.

For more information on the New Mexico Council of Outfitters and Guides, check them out on their website.