America, hunting and how it all started 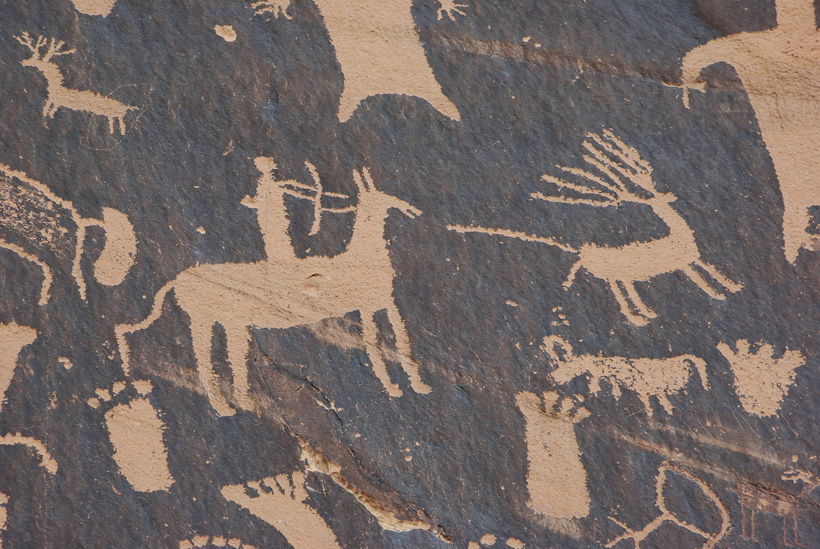 You cannot discuss American history without considering the role of hunting. From the heyday of the Native American buffalo hunter to the modern-day bowhunter, hunting has played a rich and prominent role in American culture. It has become ingrained in our national heritage and become part of a vast tradition that uniquely qualifies it as the classic American sport. 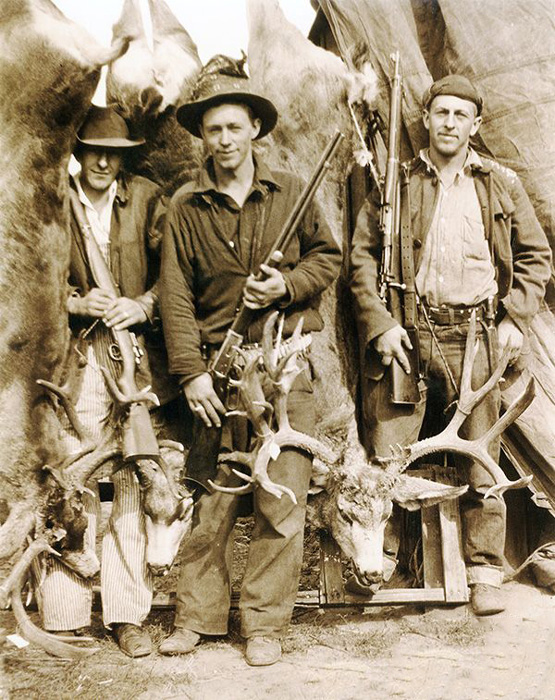 Here are a few ways that hunting is quintessentially “American”:

Hunting was a major part of Native American culture. Animals not only provided tribes with food, but with heat, clothing, tools and even shelter. Little was wasted, and the Native Americans would often pause and give thanks to the animal for giving its life so they could provide for their families. The early Native American Indians used hunting to mark a young brave’s transition to manhood. It was believed that he was not yet a man until he had harvested a kill to feed his family. 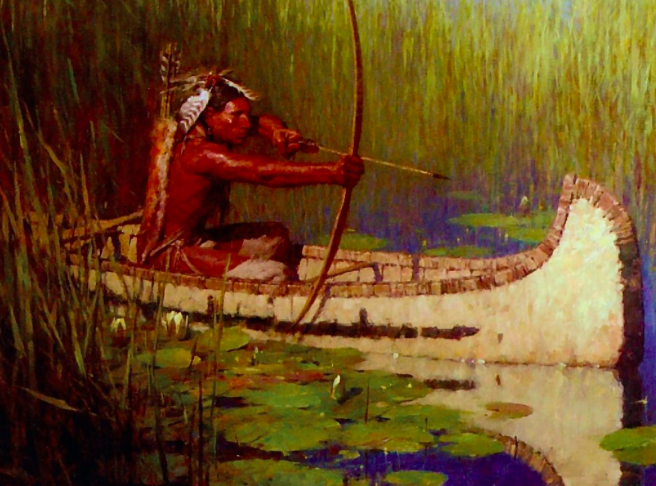 Hunting and democracy have been intertwined since the earliest days of colonial America. Many settlers loathed the British system, in which all game was considered the property of the crown or private owners and only the wealthy were permitted to hunt. By 1623, the Plymouth Colony issued a mandate that fowling, fishing and hunting were “free” to everyone. The pilgrims were freedom-seekers in every respect. 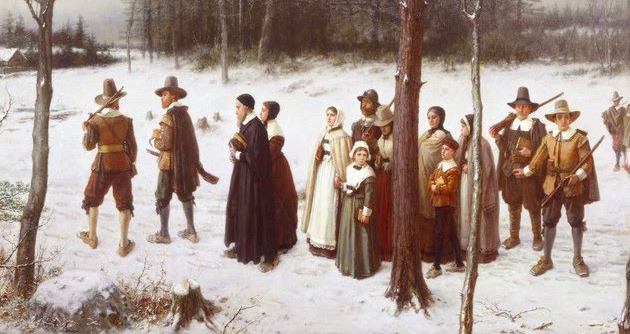 In its earliest days, America was a vast frontier, teeming with wilderness and uncharted lands. Explorers and frontiersman like Daniel Boone and later, Davy Crockett, set out to tame the wild, braving hardship and danger for the opportunity and adventure that beckoned. These brave souls relied heavily on their hunting skills for survival, which often earned them larger-than-life reputations. 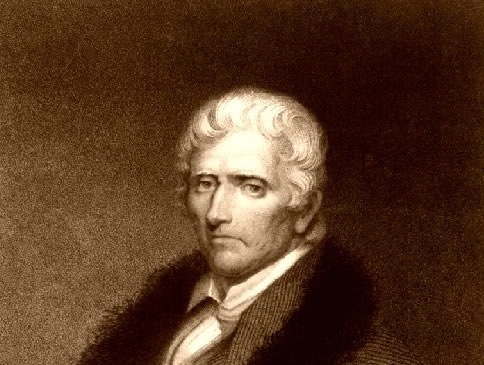 Daniel Boone ventured across the Appalachian Mountains to hunt and explore the area of present-day Tennessee and Kentucky. Photo credit: Mr Nussbaum 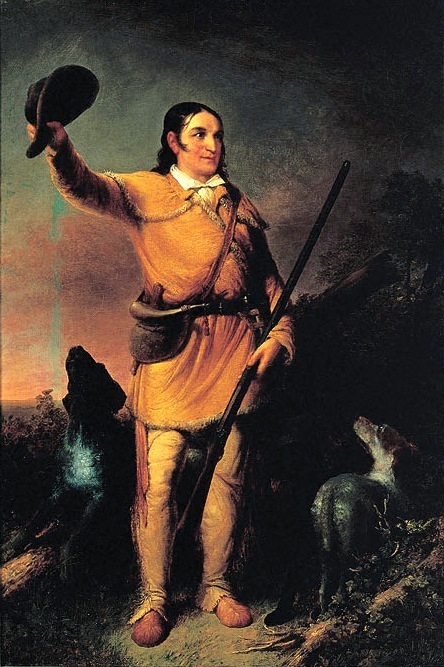 Hunting is inextricably linked to Crockett’s image. Even the “Ballad of Davy Crockett” mentions that Davy “kilt him a b’ar when he was only three”. Photo credit: Wikicommons

IT GAVE US MAN’S BEST FRIEND

Early dog breeds were selected for their abilities to hunt. Dogs were a crucial part of the process, pulling sleds across snow-laden tundra, retrieving dead ducks from a lake, or guiding the hunters along their pursuit. Along the way, man and dog formed an unshakeable bond built on trust and appreciation. It was a relationship that eventually transcended the hunt. Dogs are certainly deserving the title of “man’s best friend.” 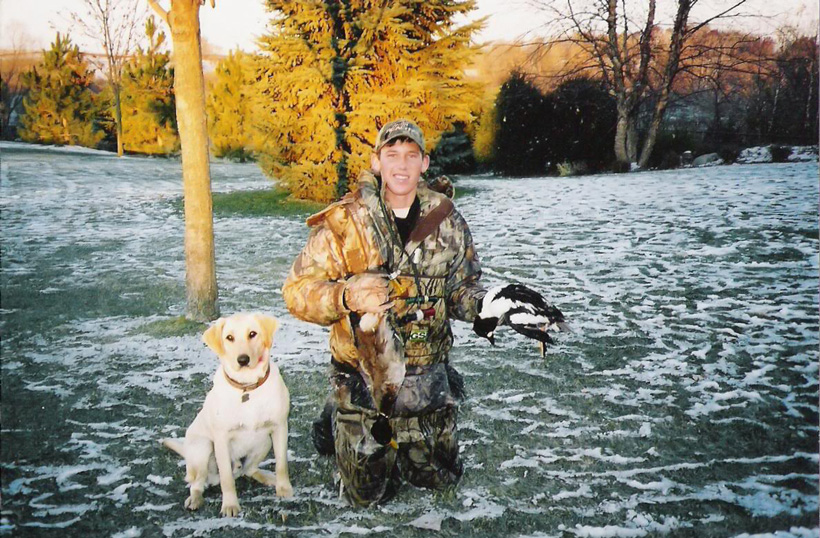 While a number of American presidents have been known to hunt, Teddy Roosevelt is by far the most avid hunter to ever occupy the White House. Roosevelt loved the thrill of pursuing game, the skill in marksmanship, and the meticulous recording of his observations about each hunt. In his 1885 book, Hunting Trips of a Ranchman, Roosevelt speaks of his love for the raw beauty of the land and the hunting experiences that shaped his life. 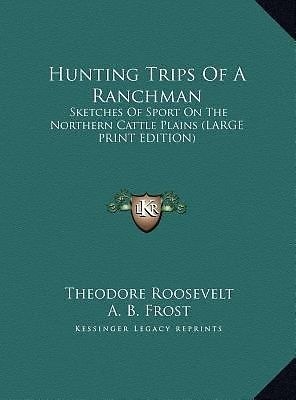 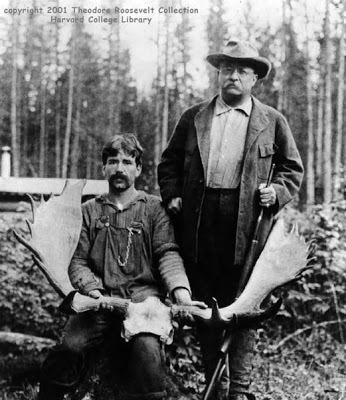 FUELED BY THE AMERICAN DREAM

Many of the biggest outdoor companies started with next to nothing. Take Jim Crumley’s Trebark pattern. Created in the late 1970s because military camo didn’t help hunters on American terrain, Crumley dip-dyed and experimented with color to improve his clothes for deer and turkey hunting. Today, Jim Crumley’s Trebark appears in a number of original camouflage patterns and is the most widely distributed camo pattern in America. Jim Crumley’s vision, fortitude, and brilliant entrepreneurship paved the way for many other camouflage manufacturers and garment makers and ignited a spark in camouflage that has resulted in a wider variety of patterns and colors than anyone ever would have believed. 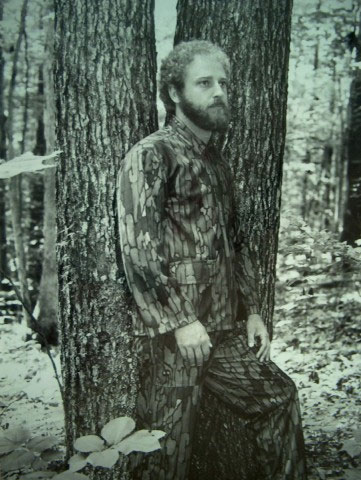 There are a number of high profile celebrities who are eager advocates of hunting. Karl Malone, Tom Brokaw, Morgan Freeman and Bo Jackson. These faithful hunters share more than the limelight, they share a devoted passion for the American pastime. A highly skilled archer with top-notch form, Bo Jackson exhibits the same tremendous strength with a bow and arrow as he once displayed in the NFL and MLB. 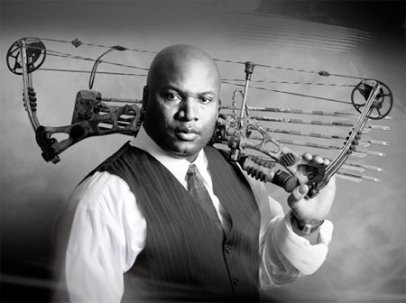 It is safe to say that hunting is deeply rooted in American history and will continue on that path. Not only has hunting become ingrained in our national heritage and become part of a strong tradition, it also helps define who we all are as Americans.