The loss of a trophy-class animal to poachers is almost incomprehensible. Driven by pride, money and greed, these so-called “sportsmen” are stealing some of the best and biggest wildlife from the public. The animals could have been enjoyed by a hunter for both the meat and the antlers, and entered the record books, but instead of earning a place of honor, the trophy racks are unceremoniously shrouded in shame and sadness.

Here’s a look at six more poaching cases in which truly magnificent animals have been stolen from the public. 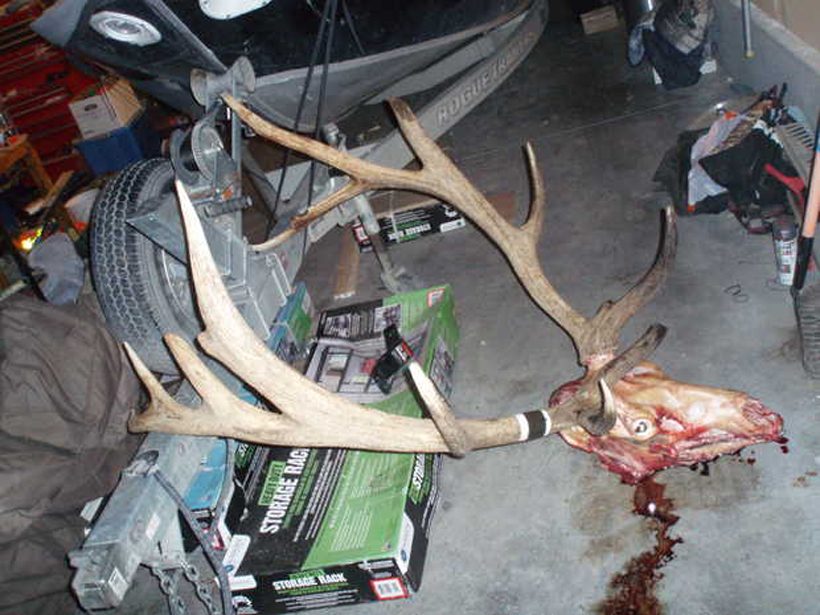 Hanford Nuclear Reservation has been closed to the public since 1943, when it was picked as the site to produce plutonium for nuclear weapons and the plutonium production portion of the site remains closed as environmental cleanup of radiological and hazardous chemical cleanup continues. 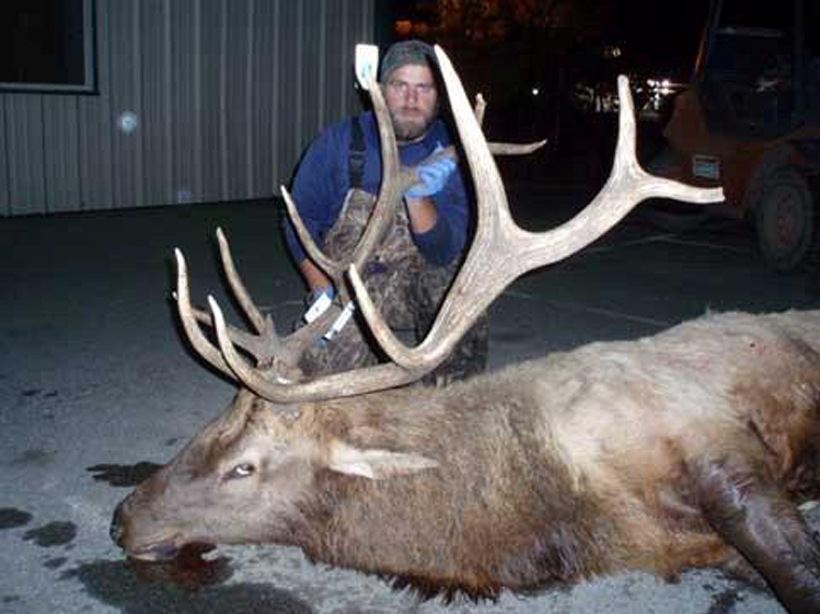 Charboneau and Miller used a boat on the Columbia River to access the property illegally. They shot the elk and returned the next night to retrieve and tag the elk, by that time the meat had spoiled. Charboneau, pleaded guilty to hunting big game without a state tag, Miller pleaded guilty to unlawful hunting on another's property, hunting big game without a tag and using a tag belonging to another person.

Both received jail sentences but the time was suspended. In plea agreements, both agreed to pay a mandatory state penalty of $6,000. 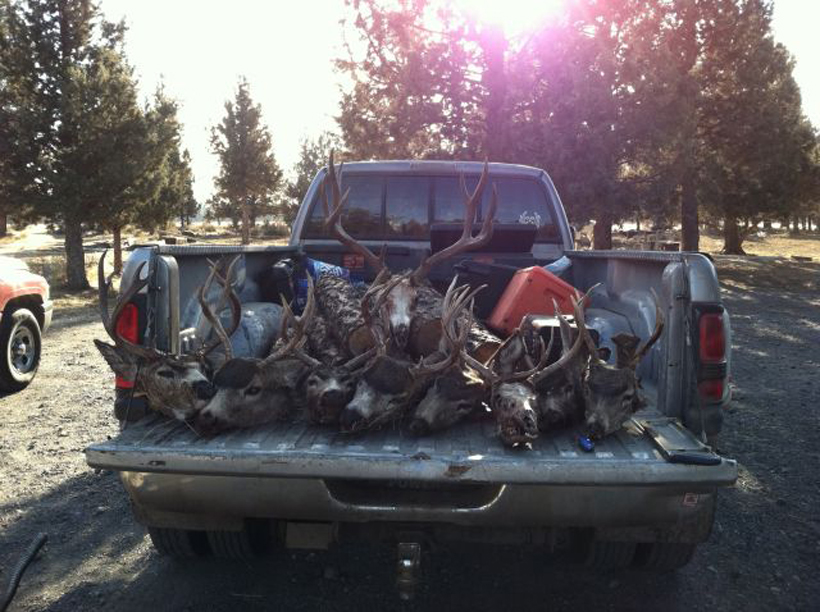 In July 2012, following a seven month investigation by Oregon State Police (OSP) Fish & Wildlife troopers, with the assistance of U.S. Forest Service law enforcement and Deschutes County Sheriff's Office, completed the investigation and identified suspects from one of the largest poaching cases in the history of Oregon. During the investigation, locks were discovered shot off gates leading to critical mule deer winter range habitat. The majority of the animals were shot at night with spotlights. Troopers examined the remains of 20 deer and two elk. Several of the larger bucks' carcasses were found with the heads removed, and some of the does were shot and left to waste. 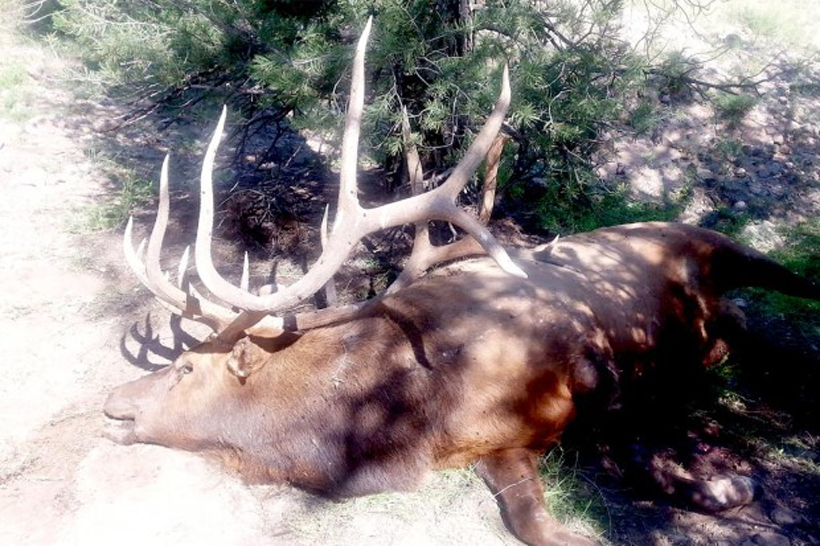 September 2013 , the New Mexico Department of Game and Fish recovered a dead world-class bull elk outside of Reserve. Hunters had originally discovered the decaying, but still-intact elk carcass in a canyon, just a mile and a half east of Little Round Mountain. Hunters reported seeing the massive elk alive just days before.

“It’s stealing,” said hunter Jeff Lewis. “The state lost a huge amount. That’s a once in a lifetime bull.” Lewis and his hunting partner Don Roach had been tracking and scouting the enormous elk for three years.

After assessing the elk, officials found what appeared to be trauma to internal organs, in particular to the tops of the lungs. This sort of symptom is consistent with injuries caused by a small caliber bullet.

“In the past, poachers have waited to return to an animal because they couldn’t find it or they were waiting to claim the animal when they had a hunting license,” said conservation officer KC Gehrt. “That is what I suspect happened here. The wanton waste in this situation is sickening. It’s one of the reasons that trophy poaching should be a treated as a felony.”

This investigation is still open. Officials are following up on every lead. Anyone with information is encouraged to call the Operation Game Thief toll-free line: (800) 432-GAME (4263) or visit www.wildlife.state.nm.us. 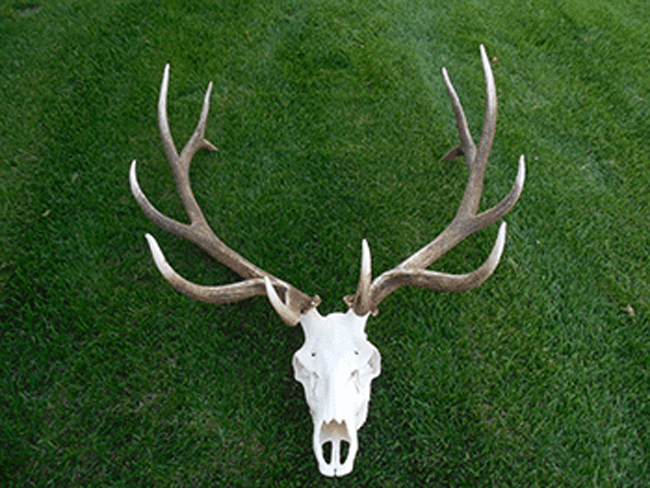 In April of 2014, a jury found Robert Matthew Anderson, 41, a Utah resident, guilty of illegally killing a trophy bull elk.

The charges stemmed from the events that occurred on September 15, 2012. Anderson was hunting with his father when he shot and killed a six-point bull elk without a permit. According to the Utah Division of Wildlife Resources, Anderson tried to use the Manti any weapon limited entry bull permit that his father had been issued to tag the elk.

Shortly after, wildlife officers received a call from two witnesses who had knowledge of the offense. The officers were then able to obtain search warrants to recover the elk and weapon for the investigation. Anderson was convicted of poaching on April 4.

In addition to 30 days in jail and 36 months probation, Anderson was ordered to pay $8,000 in restitution to the Help Stop Poaching fund. He will face a big game license suspension of up to 14 years for the killing of the elk.

In July 2013, two trophy mule deer were found shot and left to waste in southern Utah. 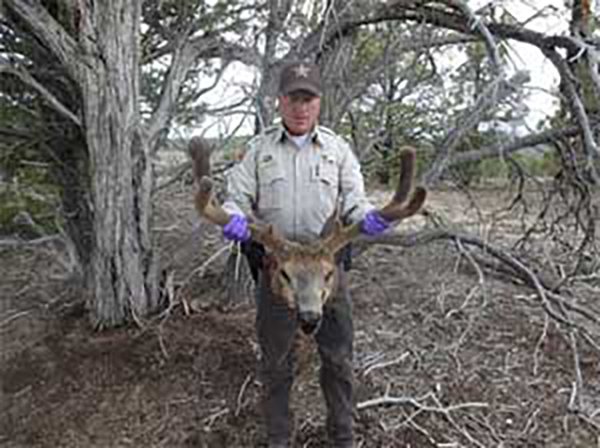 On July 6, 2013, Utah Division of Wildlife Resources Officer Josh Carver received a call about a poached deer just outside of the town of Alton. The massive 27-inch mule deer was killed sometime around July 4. No meat or antlers had been removed. 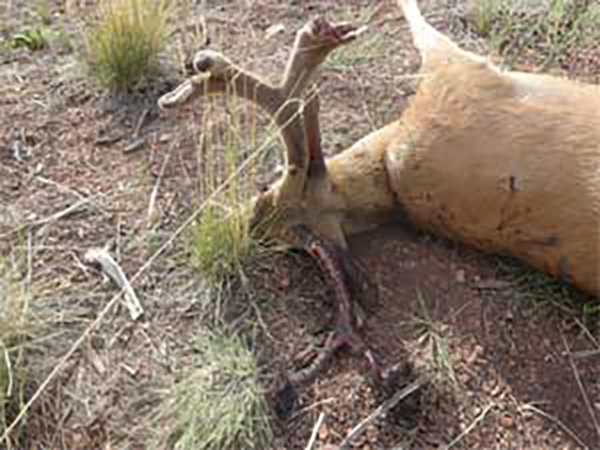 During his investigation of the poached deer, Officer Carver discovered a second 29-inch mule deer killed within the same timeframe and within 800 yards of the first deer. The poachers had decapitated the animal and hung its body in a tree. No meat was taken.

The poached bucks’ antlers were in velvet and measured over seven inches at the base. The large mule deer was not done growing and the antlers had just started to branch.

Evidence was collected at the scene, but wildlife officials are still asking for the public’s assistance. Any information that could help lead to the successful prosecution in this case would qualify for a Poaching Reported Reward permit on the Paunsaugunt limited-entry deer unit. 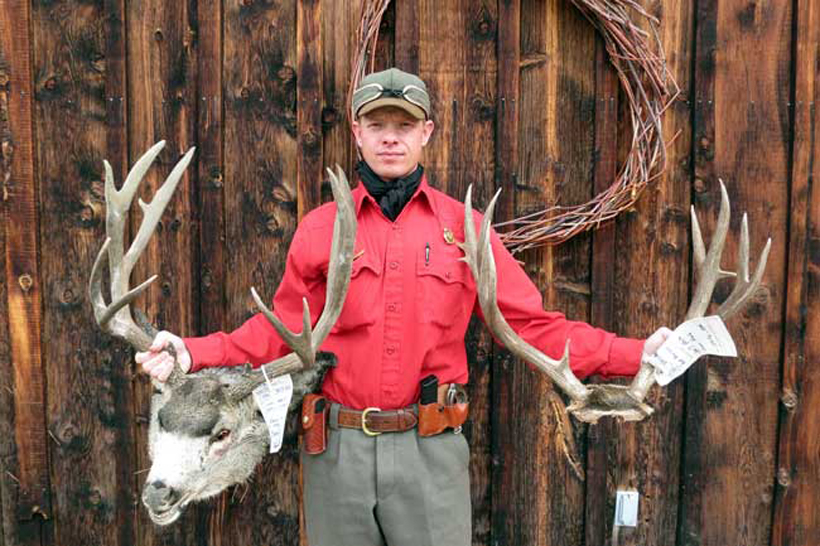 In November 2013, two northeast Wyoming residents were charged with the illegal shooting and abandonment of two trophy-class mule deer in the Pinedale area.

The charges stemmed from the events that occurred in November of 2012, when Wyoming Game and Fish Department wardens discovered a headless deer missing one hind quarter and one front quarter. Near the carcass, they found a can of Copenhagen long cut chewing tobacco.

Two days later, officials found another deer that had been shot and left in the same area along with a can of Monster Energy Rehab drink.

The litter was found to have been purchased from the Boulder Store on the morning the deer were poached.

An analysis of receipt transactions confirmed that both the tobacco and energy drink were purchased from a store in Boulder. Surveillance photos and transaction history information confirmed that the purchases were made by Matthew Mulcare and Joel Newberry. The two young men were in a tan Dodge truck, which matched a description of a truck in the area, according to witnesses.

Wardens found the missing quarters and severed deer head in a ditch behind Mulcare’s house in Moorcroft.

The two men were subsequently apprehended at a gas field “man camp” near Big Piney, at which time a search of the suspect’s truck revealed a set of deer antlers and the .223 rifle used to kill the deer.

Both deer were large, nontypical bucks.

Mulcare was convicted on two counts of Wyoming’s Winter Range Statute for taking two antlered mule deer out of season, one count of waste, one count of wanton destruction, one count of shooting from a public road and one count of illegal caliber for big game. He was ordered to pay $5,840 in fines and $6,000 in restitution. The State also confiscated the .223 caliber rifle used to take the deer and suspended Mulcare’s hunting privileges for six years. He was also sentenced to 35 days in jail.